Powers of X #1: Humankind Cannot Bear Too Much Reality 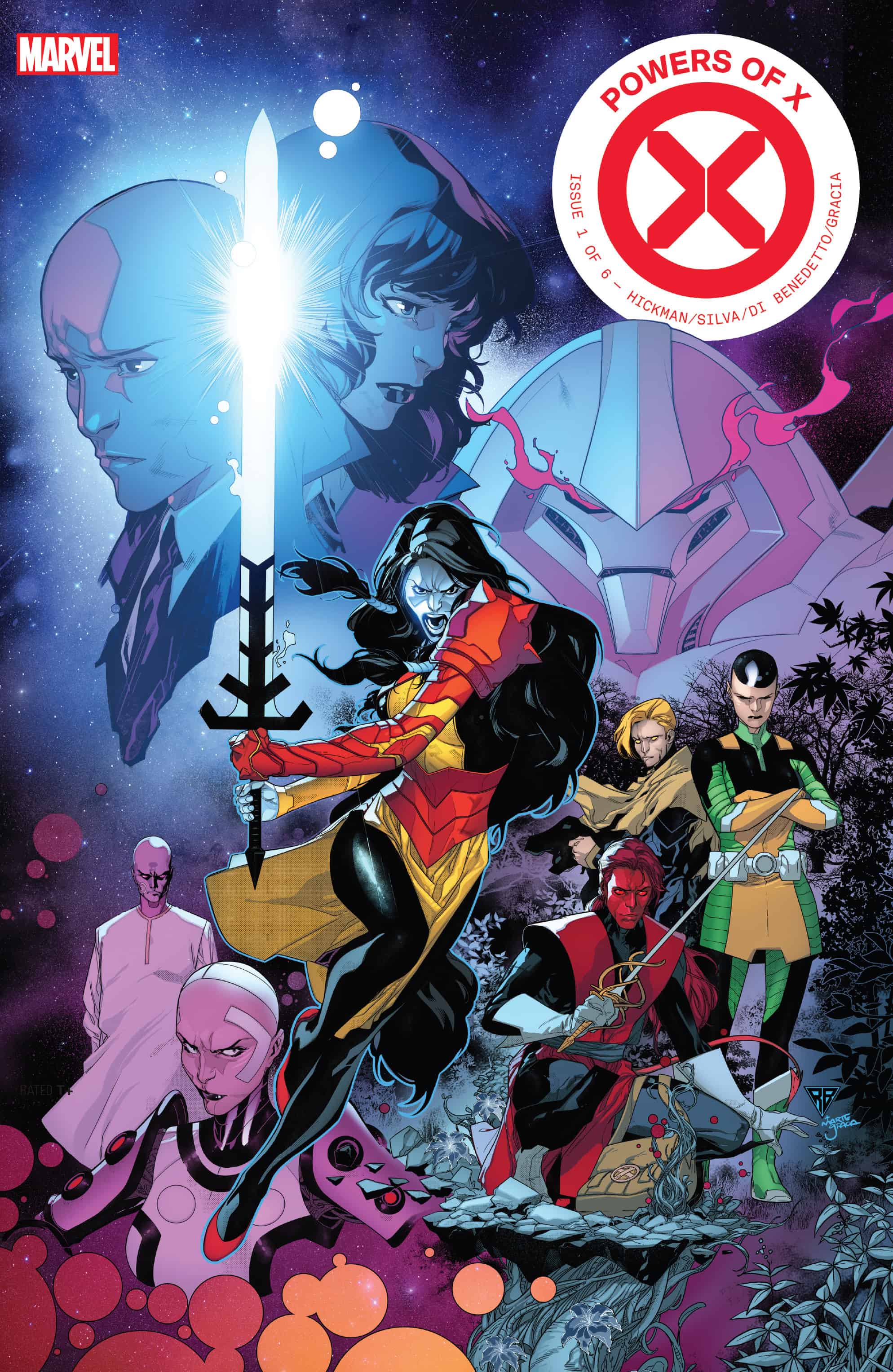 The secret history, present, and future of the X-Men are going to be revealed in this series. And it all starts here.

I’ll begin this review with what will be perhaps the biggest understatement of my writing career: a lot happens in this issue. Readers were told that this series would shed new light on the history of the X-Men, as well as telling the story of their far future, and that does indeed look to be the case. The narrative structure of this book is very similar to a braid, or a rope. There are four main stories, set in exponentially spaced years. One deals with the past (year one), the present (called year 10, though it would be impossible for the current events to be only ten years after the foundation of the team. 30 years is more accurate. It’s poetic licence), the future (year 100), and the far future (year 1,000). 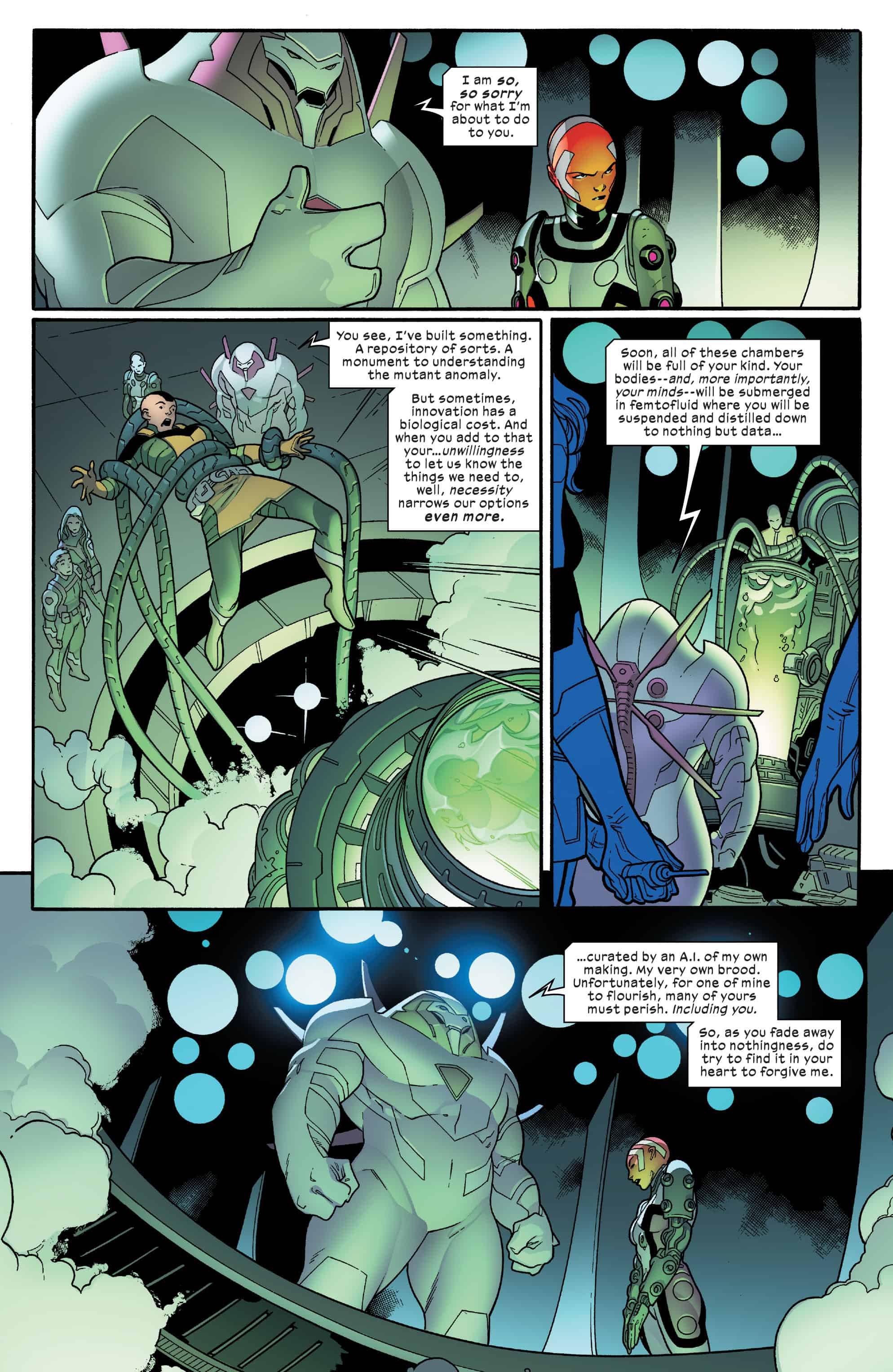 Each time period has its own set of characters (Moira and Xavier for year 1, the current X-Men and Villains for year 10, specially bred mutant soldiers, Cardinal and Rasputin, alongside a ragtag team of mutants on Asteroid M for year 100, and Nimrod the Lesser and the Librarian for year 1000) and each of these characters is almost shockingly well-developed considering the small span of page time they each have to set their mark. 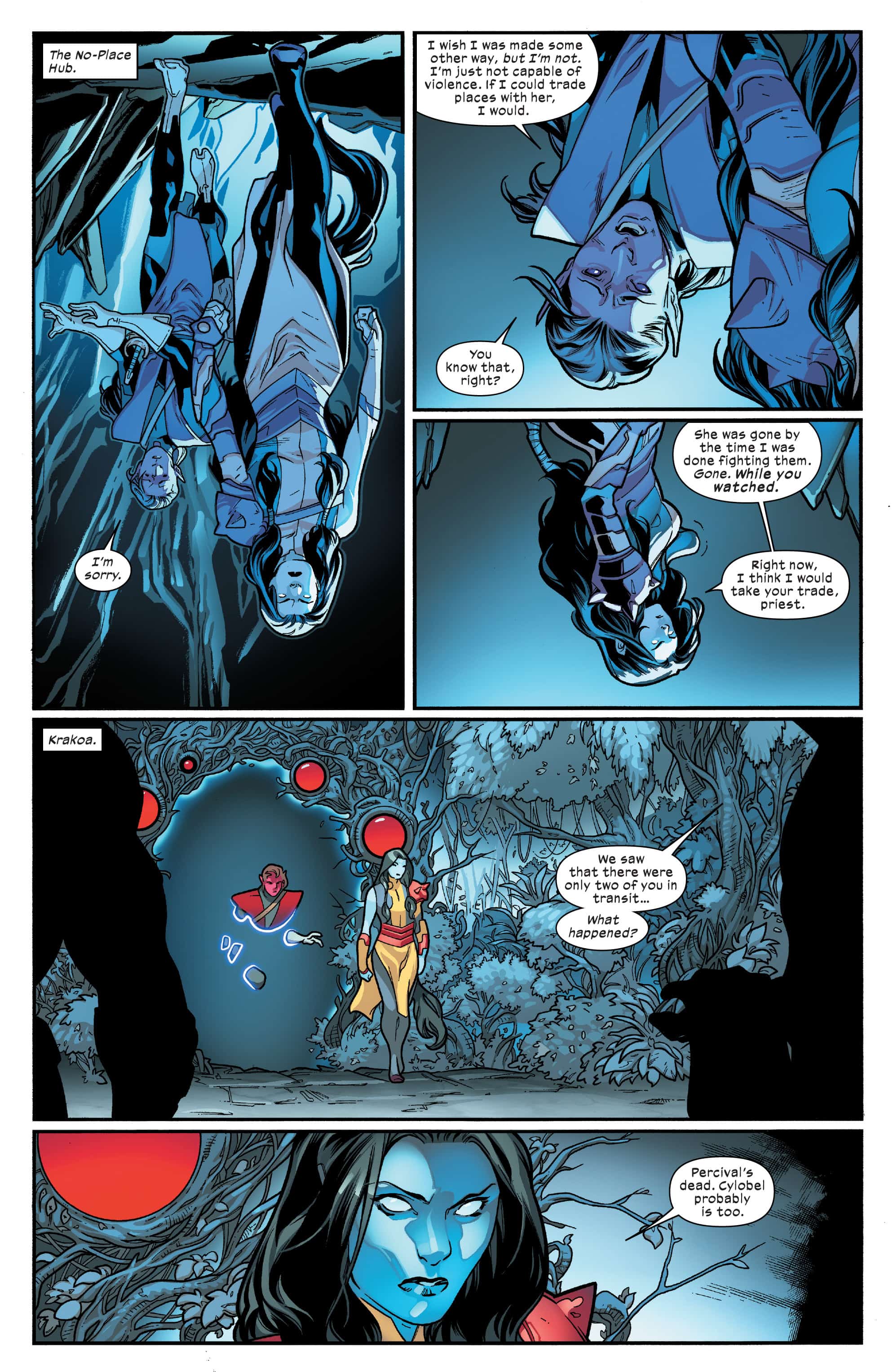 For instance, we learn that Rasputin (specially bred to combine the powers of five mutants, but with a definite streak of Magik in her personality) is aggressive, brave, and devastatingly loyal. We learn that Priest was basically a failed experiment, and his kind, as well as being identical, are naturally deeply religious pacifists who therefore cannot fight and who have no individual identity. We learn that the humans bred ‘litters’ of treacherous telepathic hounds. And we learned that Nimrod the Lesser is the kind of giant douchebag who pretends to be sorry for subjecting a person to a brain-stripping acid bath, right before he goes and orders one. 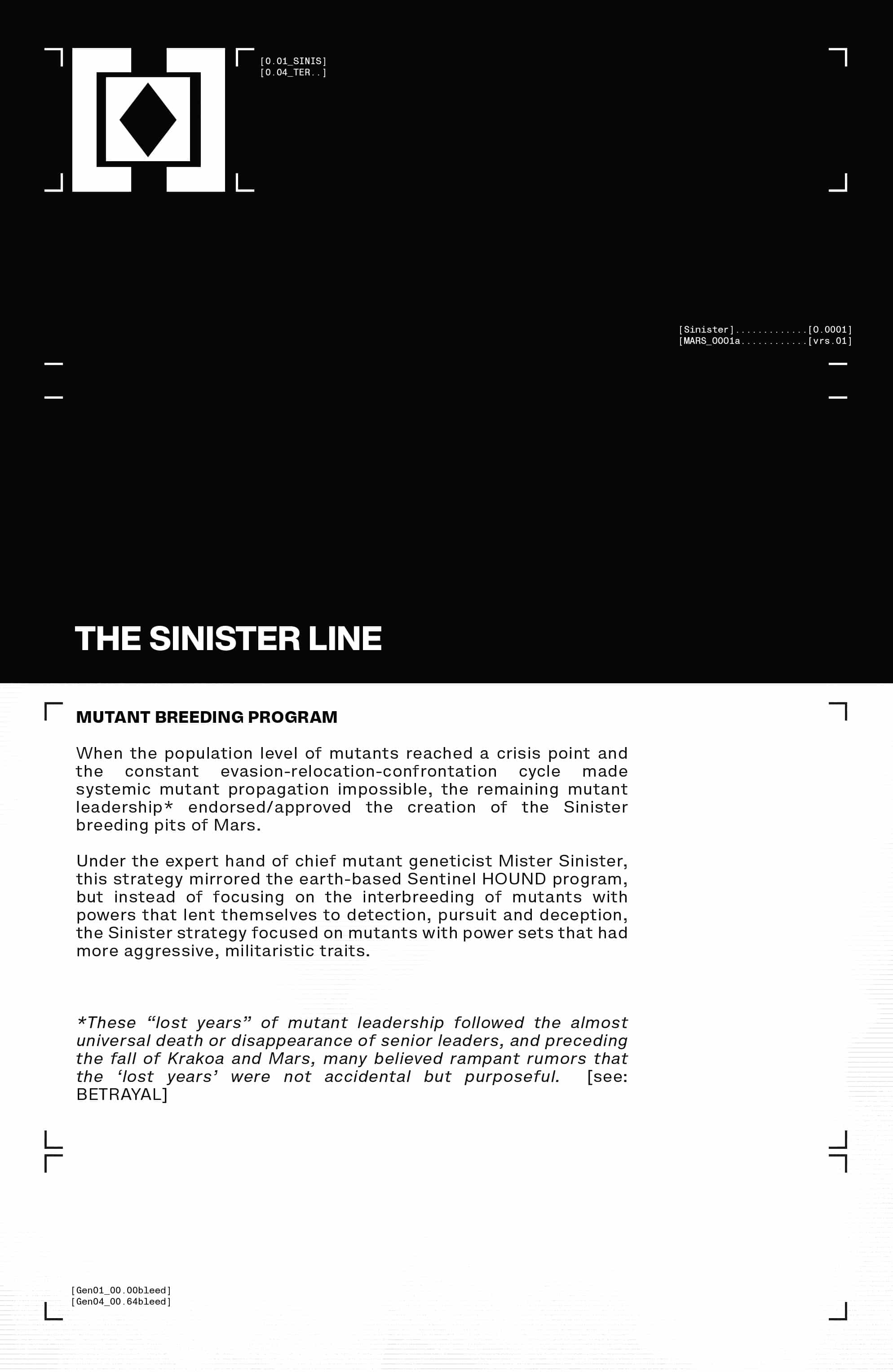 This is literally just scratching the surface of the narrative, and it is typical of Hickman that for every single thing we learn, every answer we get, another five questions pop up in its place. His stories are like the Hydra, growing new heads every time one is cut off, and although we do have a Soul Sword readily at hand, there’s no way of telling if it will do any cauterizing. It’s going to be years before we get all the answers, and that’s the other side of the planet from a criticism.

Here are a few threads in this tapestry that readers may want to keep their eyes on: 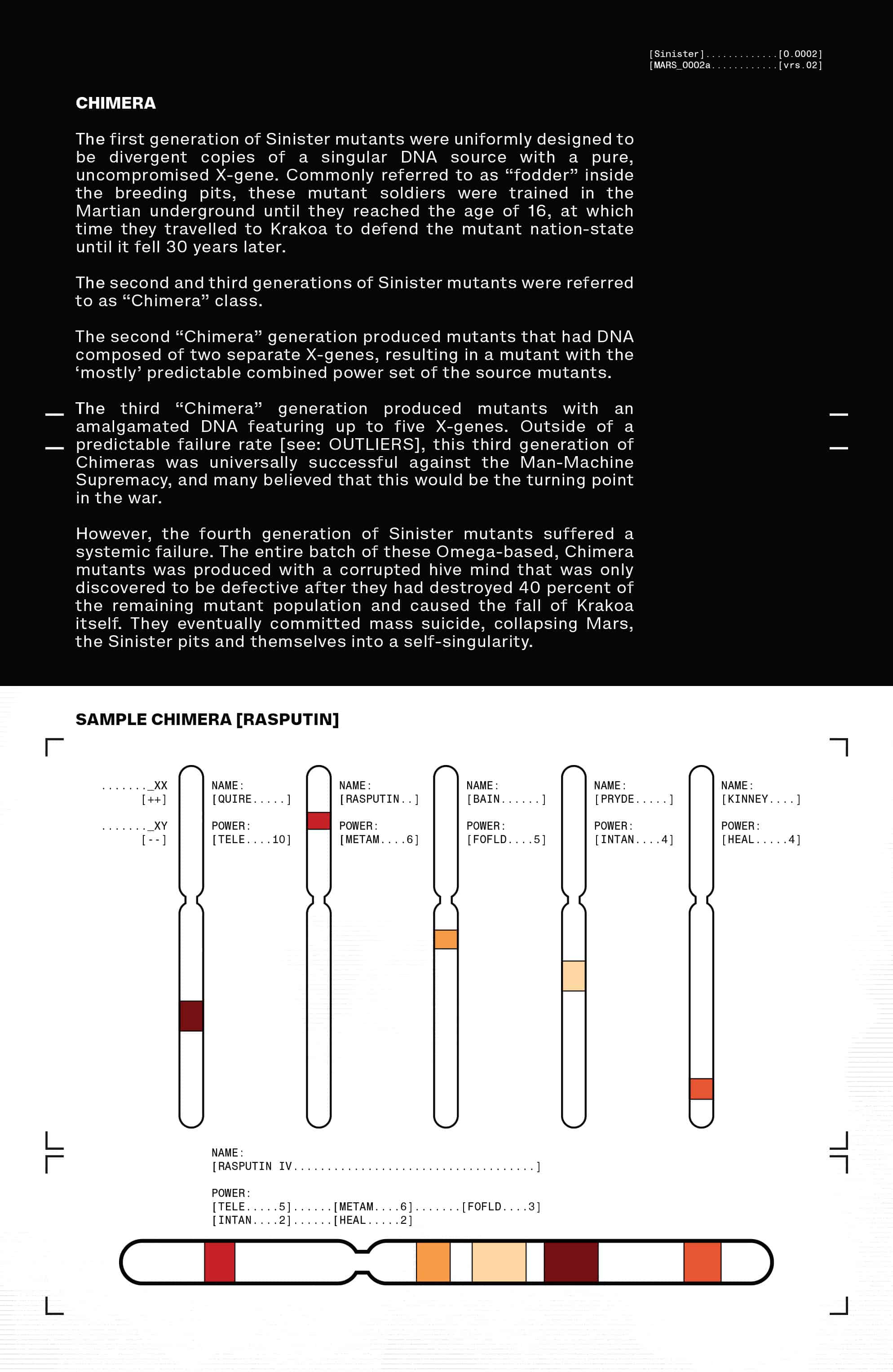 ‘It’s not a dream if it’s real’ is a phrase which will probably prove to hold a key to the book, but if the dream referred to is Xavier’s longing for human/mutant coexistence, the far future of the world places that goal farther away than ever.

In terms of time and structure, this story is absolutely magnificent. 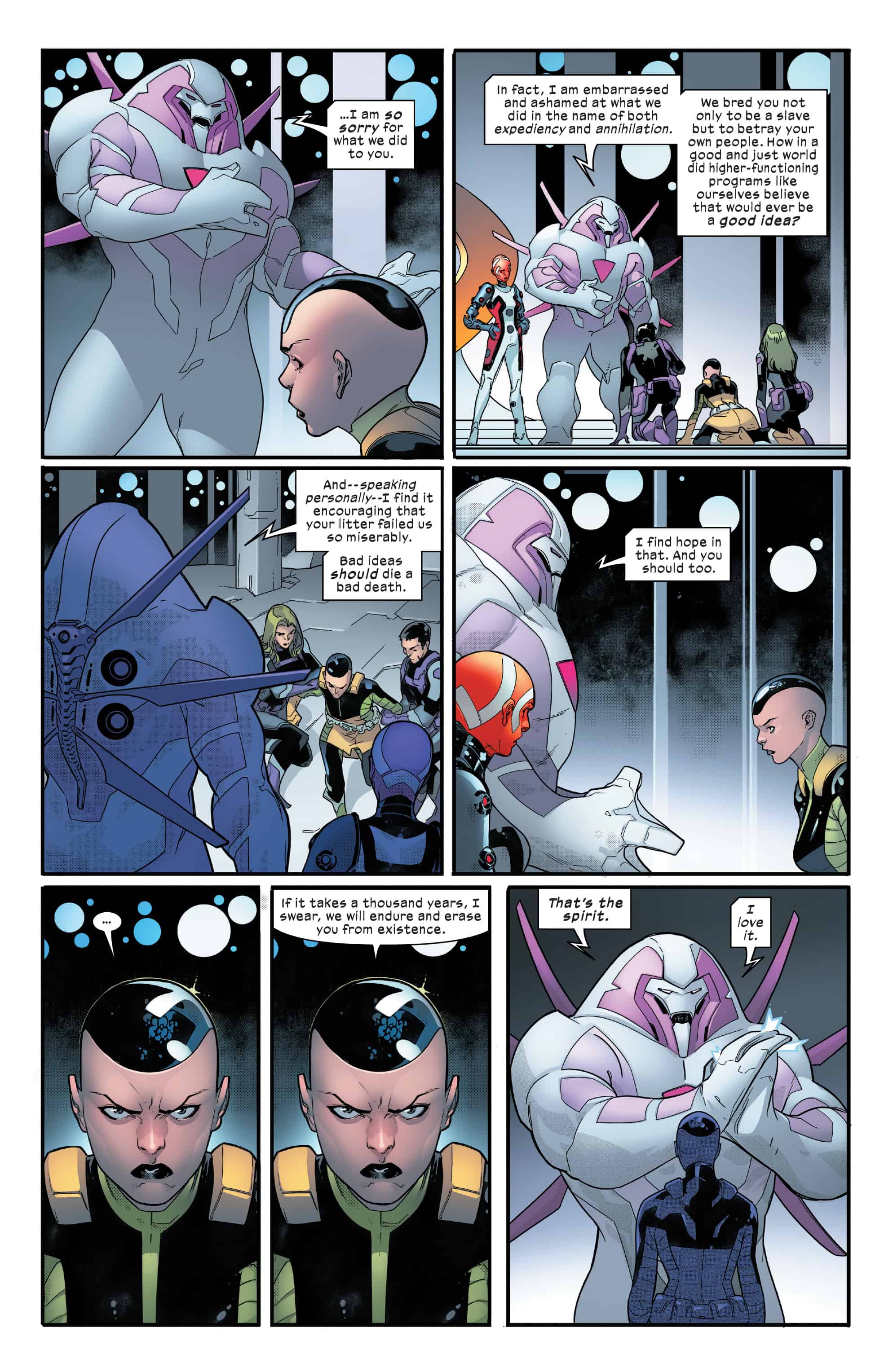 And the story wouldn’t be nearly as successful without its art. R. B. Silva has pulled out all the stops, giving us work that is both detailed and laden with ominous overtones. Faces are expressive (sly, wrathful, trusting, smug) without being at all overblown. The action is lucid and clear. Marte Gracia’s coloring is especially effective, lending atmosphere and depth to already breathtaking work.

This series is going to be groundbreaking.

Groundbreaking, gut-wrenching storytelling and astonishing art marks the beginning of what will prove to be a very important X-Man story.

Powers of X #1: Humankind Cannot Bear Too Much Reality