Powers of X #2: Oh What a Tangled Web We Weave 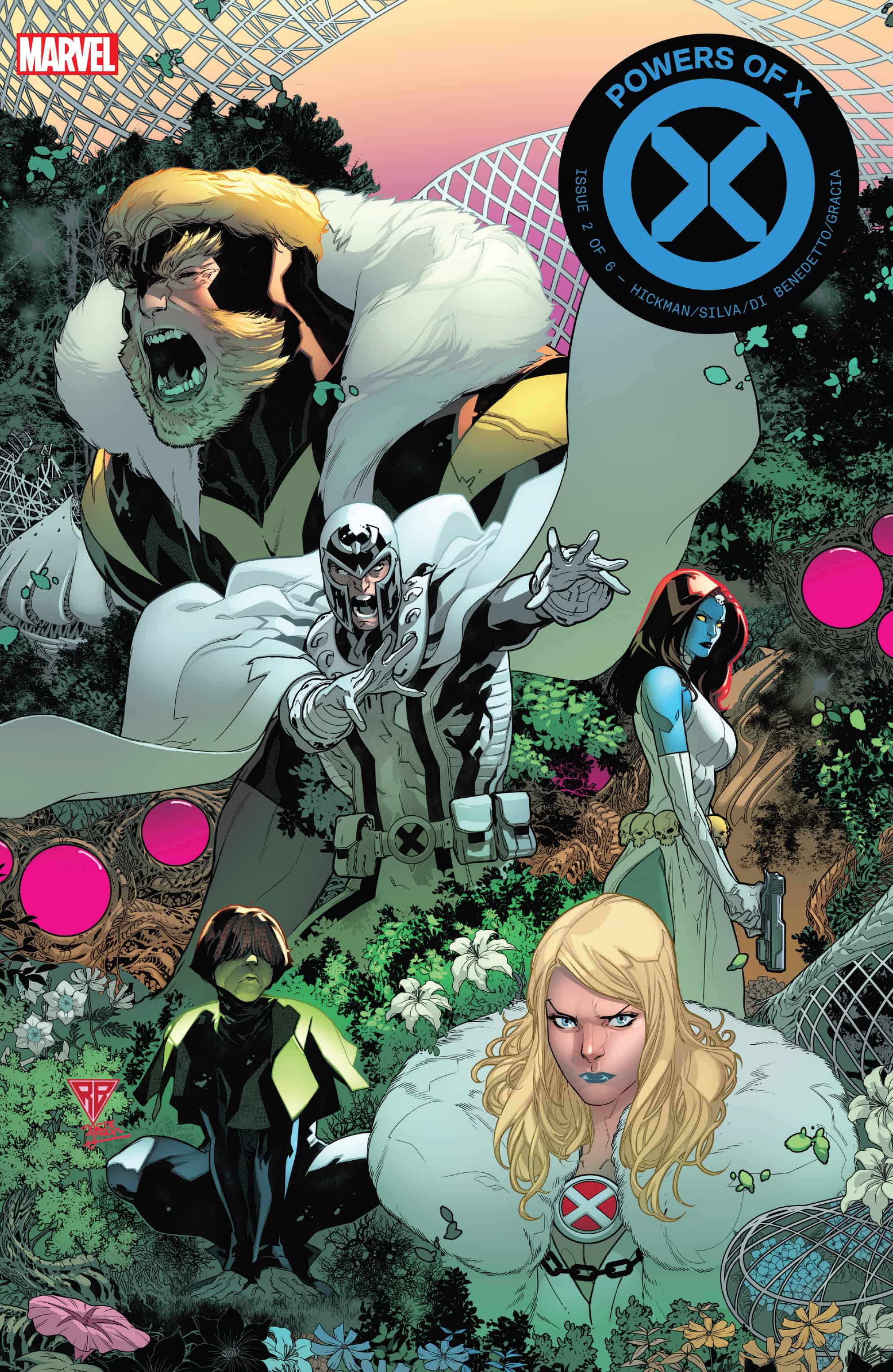 In the far-past, Moira and Xavier seek out Magneto for a possible alliance.

In the (dubious) present, Xavier sends Cyclops on a mission to disable Mother Mold before she can create Nimrod.

In the far future, the remnants of humanity (whatever they are) plead for Ascension.

It is impossible to read this book without also subscribing to House of X. If anyone is attempting to do that, do your brain a favor and grab the other series as well, because not much will make sense without it. Moira’s role, and Magneto’s, especially will suddenly make a lot more sense. 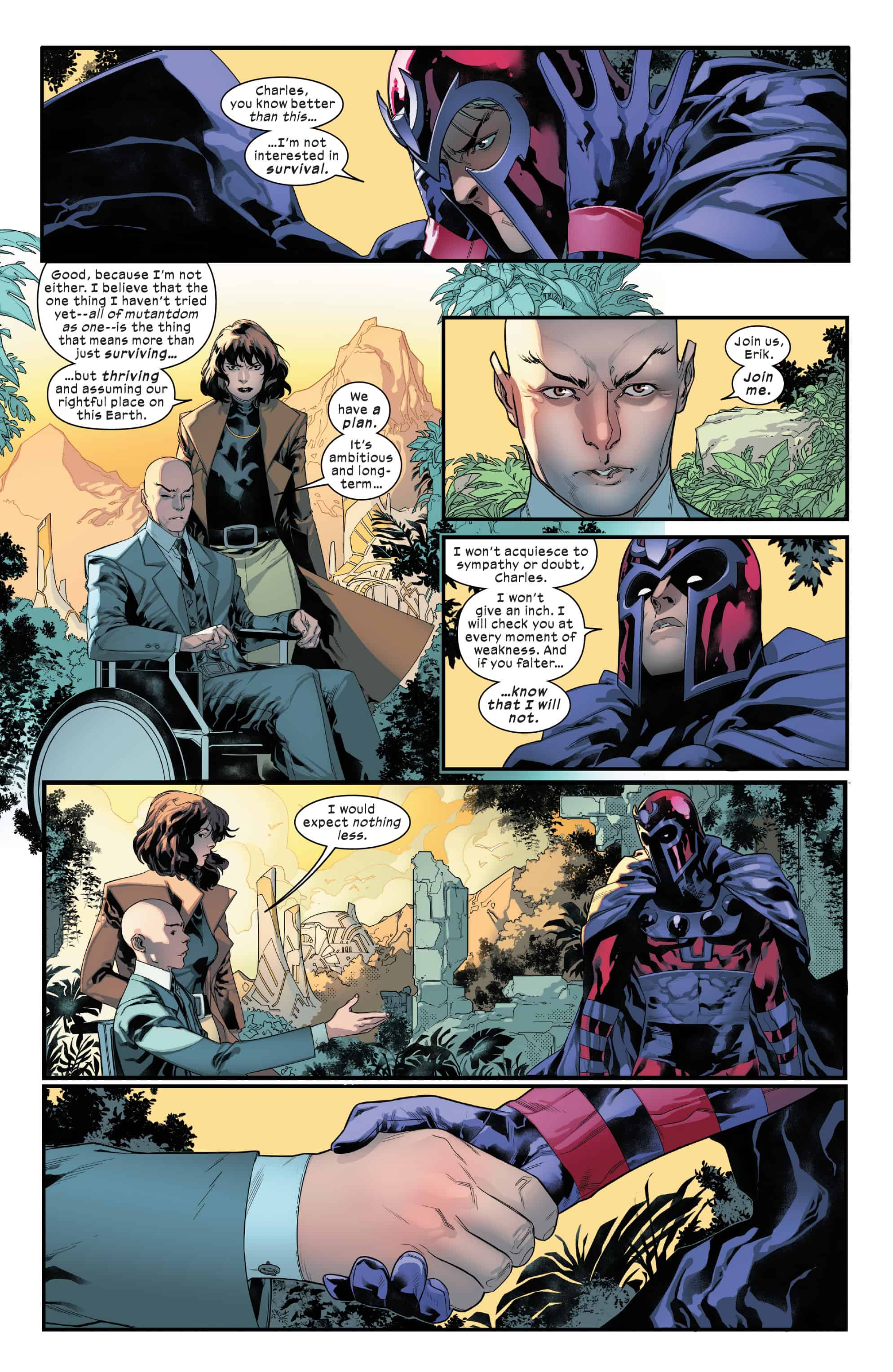 As for the book itself, this issue is dense, laden with a full measure of Story (pressed down, and overflowing) but its languages (written, visual, and otherwise) are lucid and clear. It is a pleasure to read, and while it will set your synapses firing, working through the mystery, it isn’t at all off-putting or obscure — if you’ve read the sister series. Personally, I was impressed with the amount of characterization Hickman packed into each page. The voices were clear, highly individualized, and absolutely perfect in tone. Nimrod was especially endearing — in a murderous way.

There is more talking than action in this issue (it’s difficult to move four plots forward at the same pace without some slack showing) but the exposition is leavened with jokes and the sight of Nimrod blasting a couple of humans to ashes and then holding a discourse with their skulls. So. You know. There’s something for everyone. 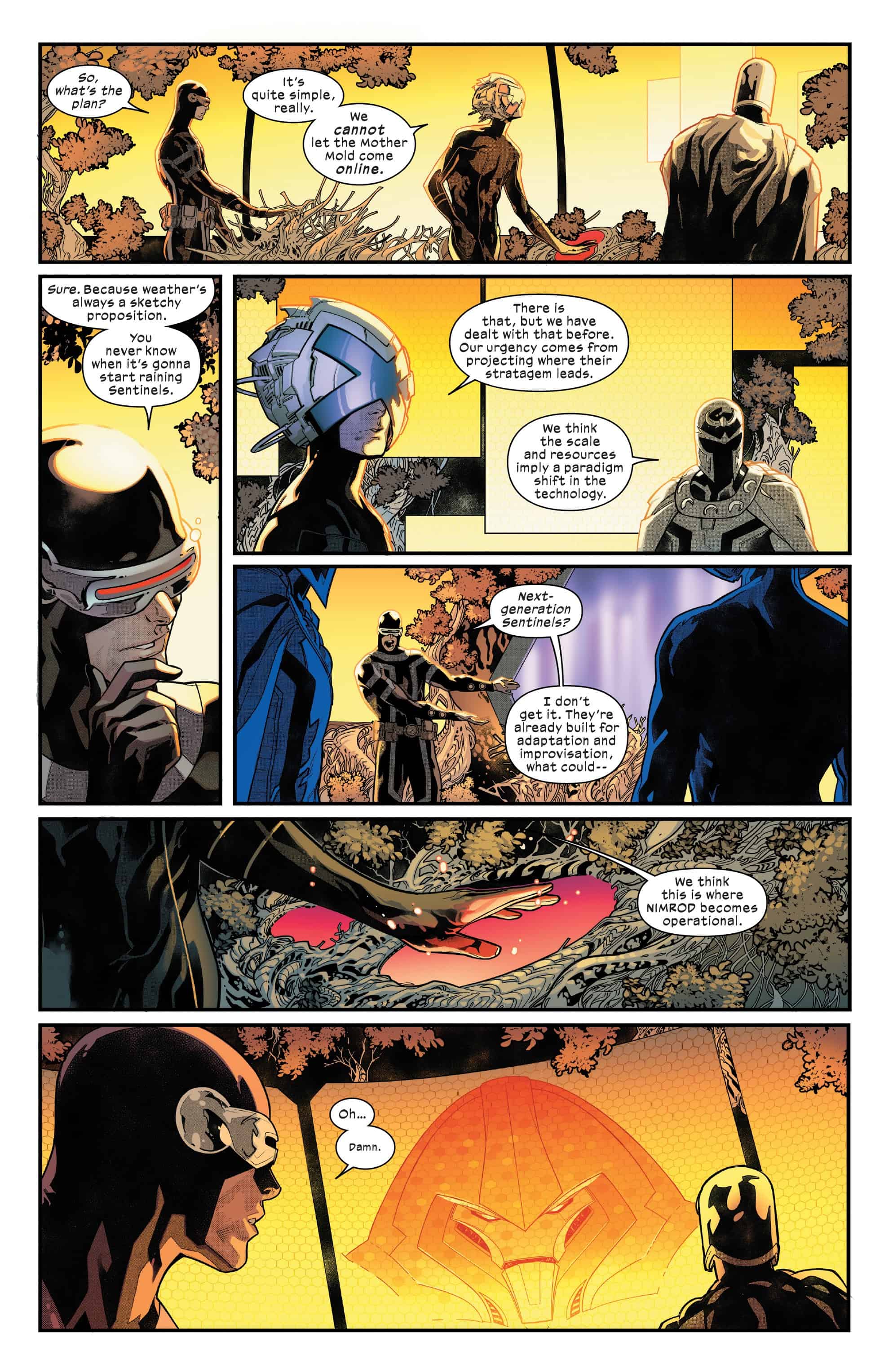 In any case, the plot(s) all take a major kick-start in this issue. It’s possible to trace the future trajectory of the series, even if more questions are asked than answered by the end. There’s not really much else that I can write about the book without spoiling things which might be important, and which you would therefore prefer to discover on your own, but I will say that a few beats in this issue would seem to indicate that the (tantalizing) graph we received in HoX #2 doesn’t map the reality that the X-Men are currently inhabiting. We’re either in Moira’s unmarked life 6, or else in life 11. But time (and Hickman) will tell. 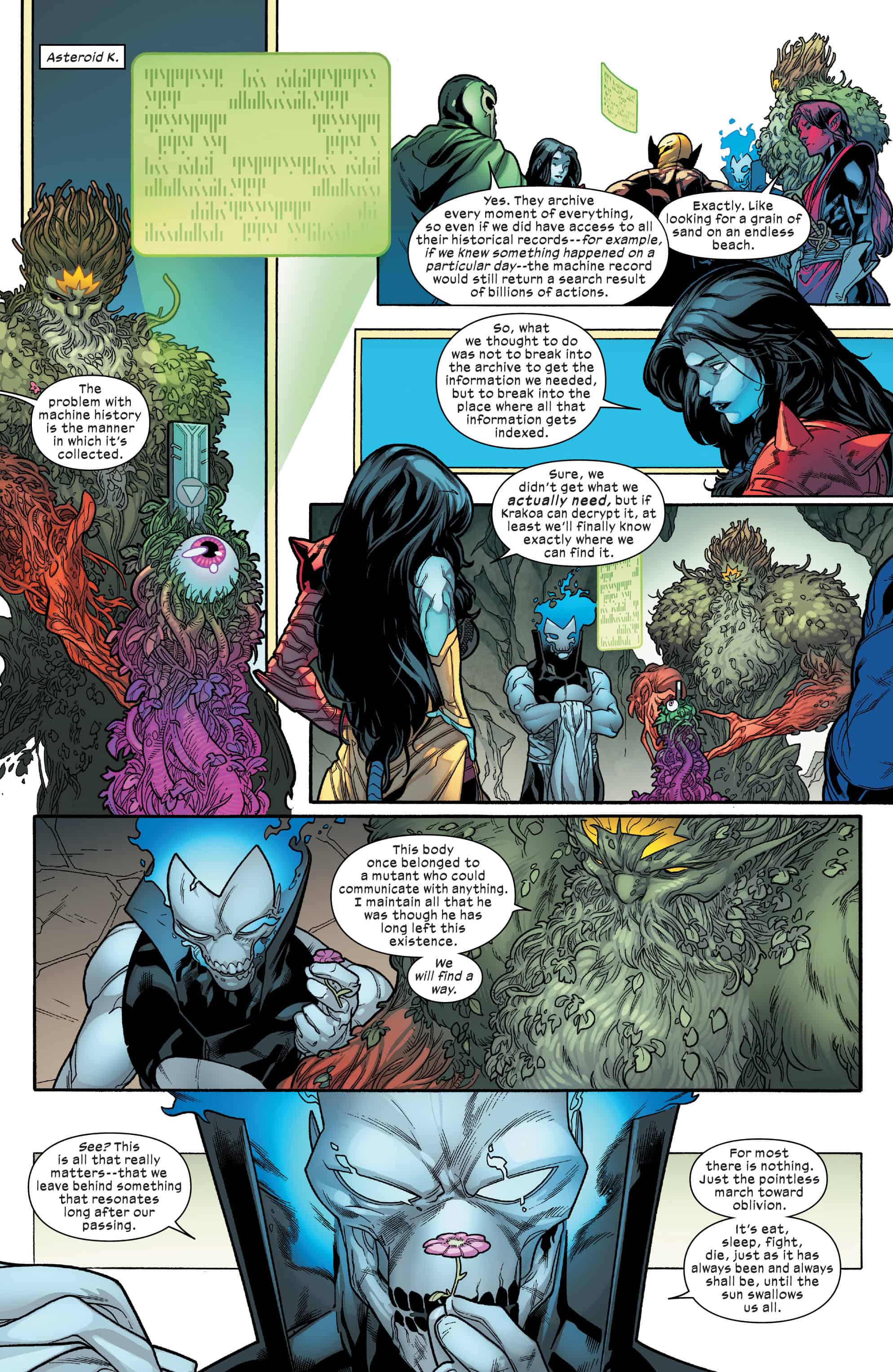 Before I close, here’s a note on the art: Silva is perfectly suited to the (rather monumental) task he has been given, and his work compliments (and expands on) Larraz’s contribution in a beautiful way. These books are twins, and the style of the art has a distinct family resemblance.

It's difficult to keep four plots spinning at the same pace over 34 pages, but Hickman manages it beautifully. The plot(s) all take a major kick-start in this issue, and the art is beautiful enough to be compelling on its own. If you haven't already, pick this series up.

Powers of X #2: Oh What a Tangled Web We Weave