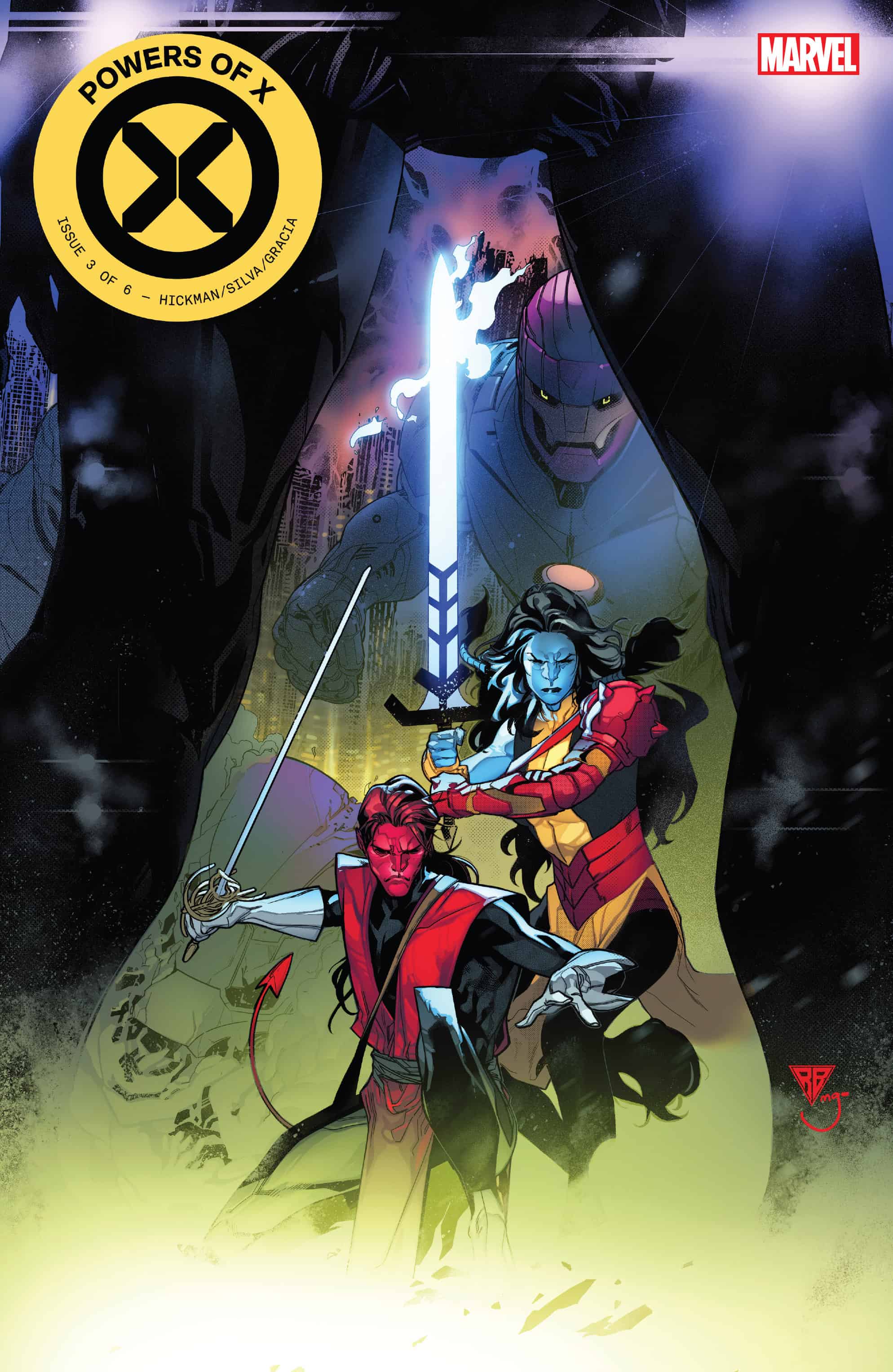 In year 100 (which is not 100 years from ‘now’) Apocalypse leads his horsemen for the ‘final’ confrontation with Nimrod.

This is another review which will be impossible to write without including spoilers, so here’s your requisite warning: abandon hope of escaping Spoilers, all who enter here. I’ll head things off by saying that it’s now eminently obvious that there isn’t going to be a big meeting between the interesting new mutants and the current X-Men. Hickman said that this is not a time-travel story (in the usual sense) and nor is it an alternate reality tale (as we usually think of those genres). In truth this series is neither and both at once. 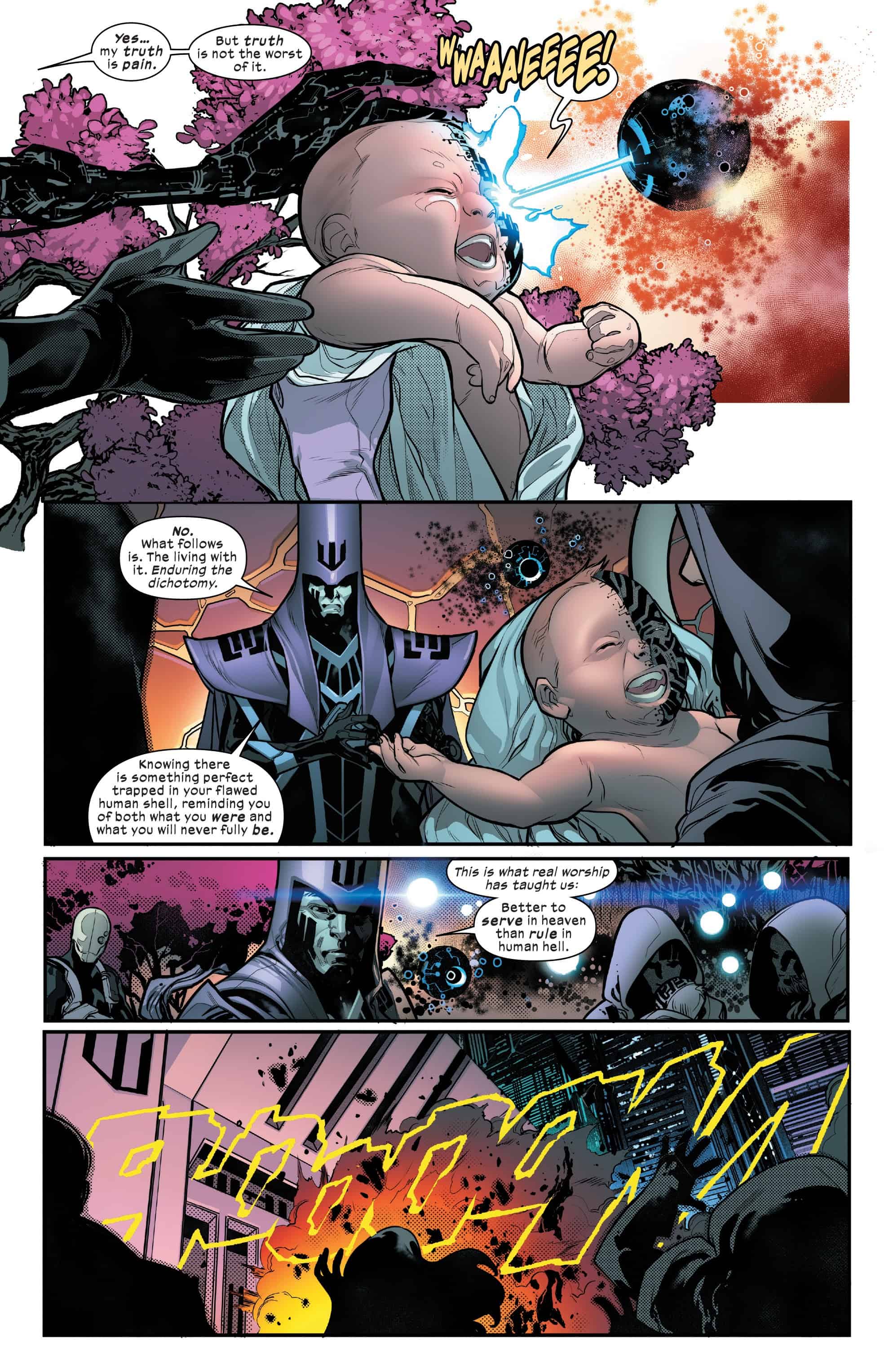 We’ve witnessed the end of Moira X’s 9th life — along with the death of literally every other character in the book. As Cardinal intimated in the first issue, the world has been remade. Moira is escaping to start again with all of the information she requires to begin her next life. While it seems unlikely that the House of X path we are following takes place in the unmapped life 6, it would be very like Hickman to fake us out by placing it there instead of in life 11. The 616 may very well be some other reality. We’ll have to see. But the fact that Year 100 ended with a reset does call a few things into question. Since Life 9 found Moira killing Xavier and teaming up with Apocalypse, the Year 1 we saw in the first issue cannot be a part of the same timeline. Year 1000 could either follow on after Life 9 (indicating that Moira is fracturing the multiverse with each life, creating a valid alternate reality that lives on after her) or else it’s the future that will follow from HoX. So, yeah. This issue once again asks more questions than it answers. 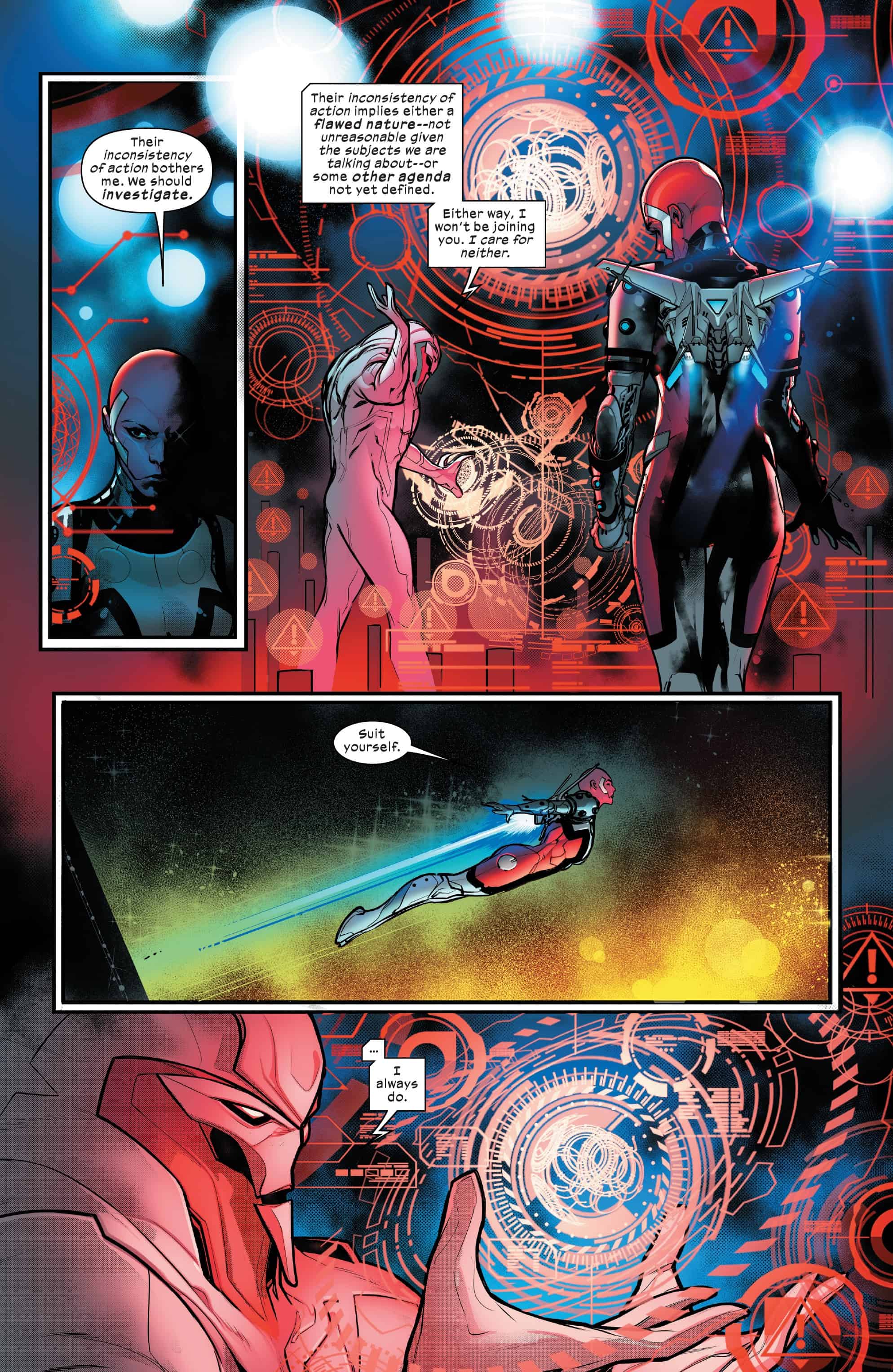 Once again, the characterizations in this issue were exceptionally well-drawn. We received insights into the natures of Cardinal (he’s willing to eat a Terminal Apocalypse Seed in order to overcome his own pacifist nature; his genetic stock is Wagner/Gray/Freeman), Xorn (He’s acerbic as ever, and ridiculously gleeful about unleashing nuclear DEATH on the planet) Famine (he really is a Ramsay/Karoka hybrid) and Nimrod (He’s seriously upped his FABULOUS programming), as well as getting an excellent glimpse at the world that the human/machine ‘alliance’ has built (hint: it involves a cult of infant-mutilation and rampant slavery).

Since this reality has ended, it will be interesting to see where the story goes from here. I mean, we’re only halfway through the series. I suppose that this ending, along with the switch in reading order, indicates the fusion point where the stories merge. In any case, I’m glad that Cardinal and Rasputin will not be forgotten – by Moira, at least. 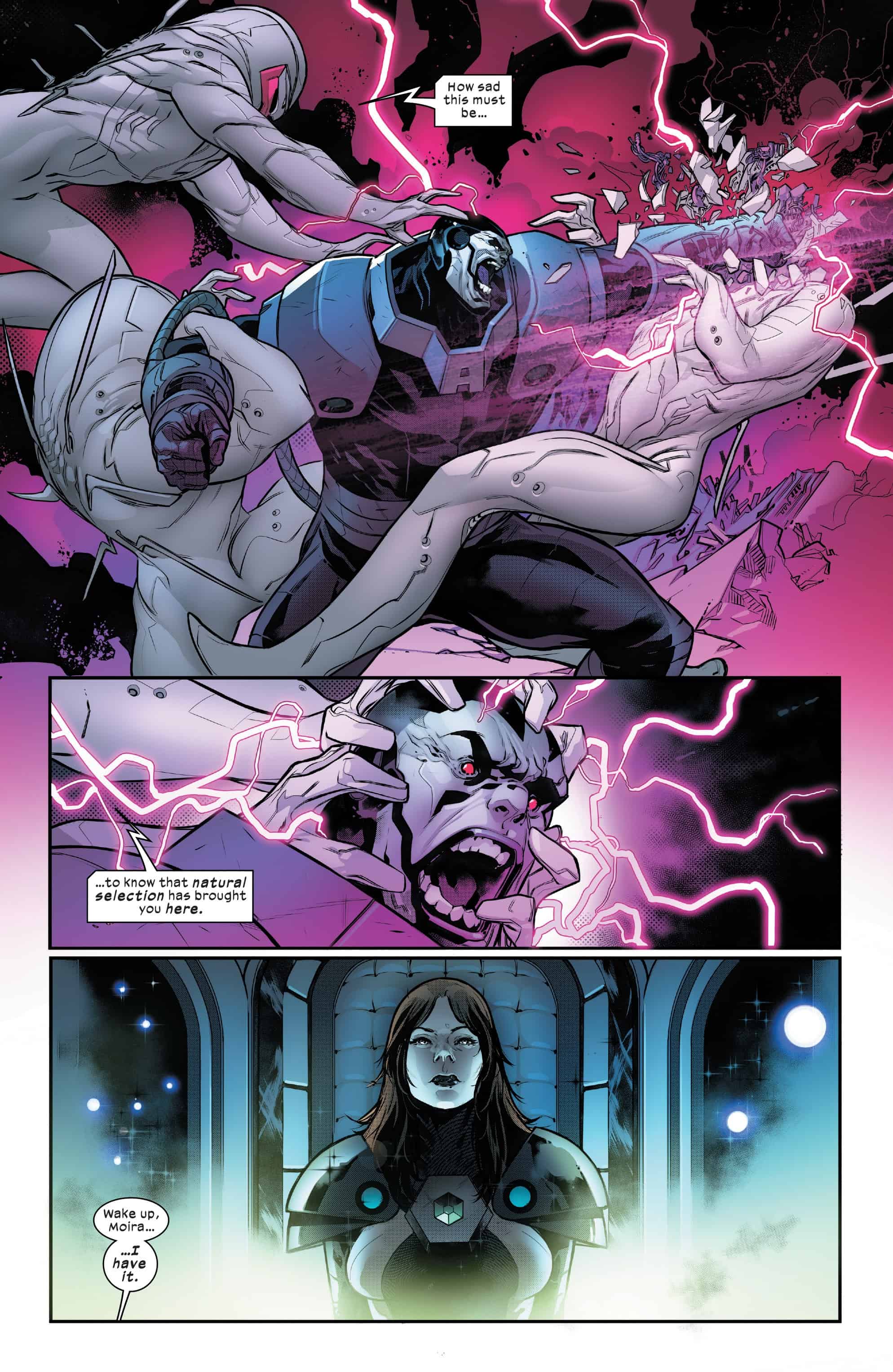 As for the art, I continue to be blown away by Silva’s work. I would be hard pressed to think of an artist who is better suited for the story.

If you haven’t started reading these series yet, what on earth(s) are you waiting for?

Everything changes in this issue. Everything ends. Of course, knowing Hickman, he’s just using this as an excuse to press our expectations even further. This is not a story that you want to miss.