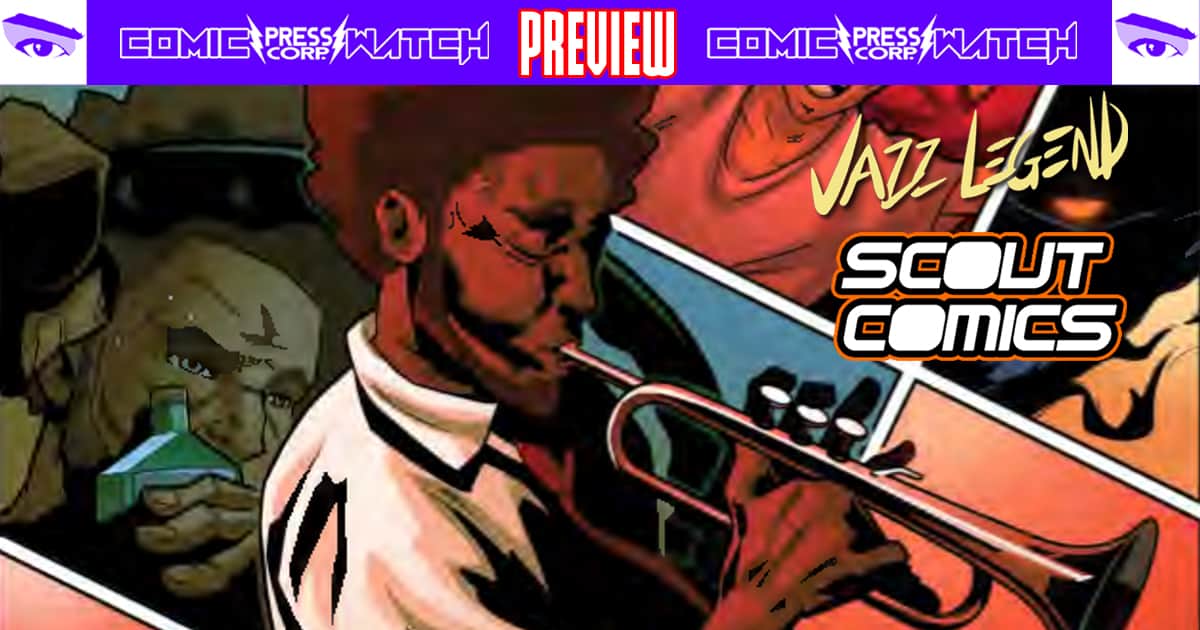 “If Miles Davis had been the one to fall down the rabbit hole in Alice in Wonderland, you would have had something closely resembling the bizarre and turbulent world of JAZZ LEGEND.”  – Scout Comics 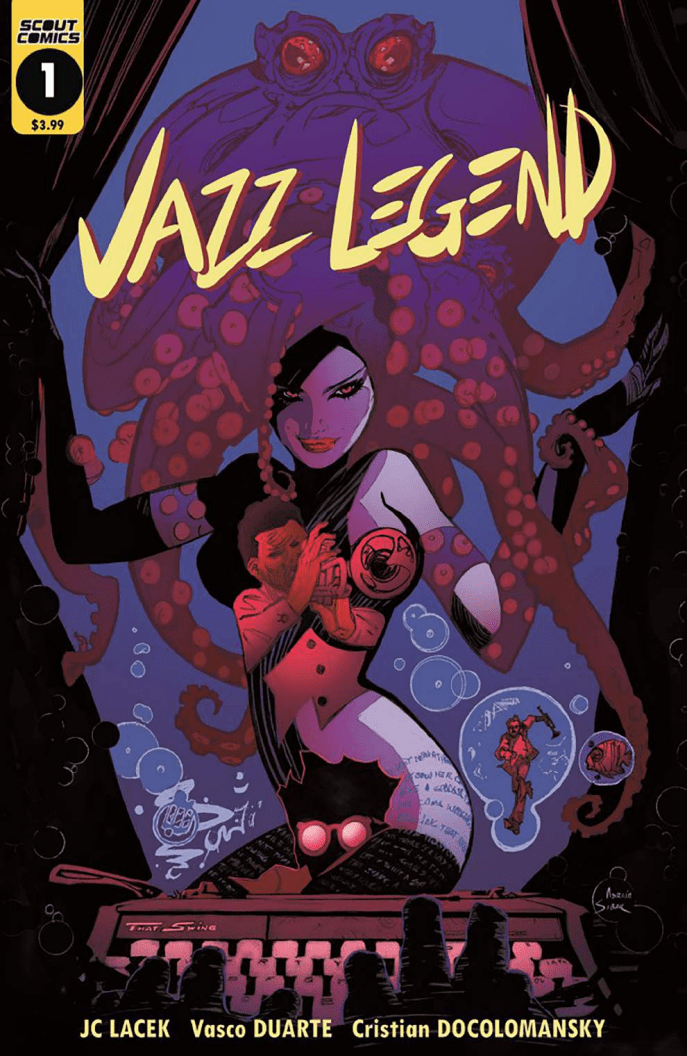 What You Need to Know:
“There’s a peculiar new drug on the streets of Motocity. Its effects are unlike any other –an immersive, psychedelic dreamscape with visions of animalistic abominations and god-like humanoids. This is bad news for Martin Comity, who lives for two things: playing jazz and getting his next fix. As Martin’s fascination with the drug turns to obsession, his loosening grip on reality becomes more evident by the day. An eccentric writer, the reclusive Benjamin Way, takes an odd interest in Martin’s predicament after experiencing visions of his own: A phantom specter with a single cryptic message: wake Martin to the nature of his “true” self, and quickly, or bear witness to the unraveling of that which bonds space and time. JAZZ LEGEND is a neo-noir meets cosmic fantasy inspired by the lives and works of jazz great Miles Davis, and the father of beat literature, William S. Burroughs.”  – Scout Comics Press Release

What Just Happened:
JC Lacek weaves a solid introduction into the world of Martin Comity. He’s a local jazz legend – but it’s tough to play when you’re strung out in the gutter and your employer’s muscle has to come and find you.

But there’s more to Martin’s addiction than meets the eye. When he’s high on a new and potent drug, he’s mentally taken somewhere else, seeing and experiencing visions and strange things.

A freelance writer has been having dreams too, and he’s not going to stop pursuing his story about Comity – because the story has been calling him, and he is sure that deep down, the jazz musician knows it too.

The story leaves you wanting more – and it’s helped by the art of Vasco Duarte and Patrick Gama’s choice of colors. Not only is the art as entrancing as the characters (both mysterious, leaving much to be discovered) but the transitions between panels are jagged and uneven, much like following the meandering course of Comity’s life in the story.

Sadly, Lacek’s writing at times veers off course in exposition. In a storyline like this, you’re going to have the dark, the sad and even the depressing. But the few cheap shots at God (yes, I know, it helps set the tone of the story) seem like “being edgy for the sake of being edgy.” You’ll see what I mean in the comic, and if this was a review instead of a preview, I’d be more specific. There were other ways – some probably more effective – to get the point across, especially when you look at the character who makes those explanatory statements in the first place.

Final Thoughts:
It’s hard to argue that the storytelling of JC Lacek mixed with the artwork of Vasco Duarte isn’t a home run. In comics, it’s important that both the art and the dialogue tell the story; in the case of JAZZ LEGEND, the two compliment each other tremendously. It’s a tough read though – in the pages of the first issue we see more vices than a prime-time TV episode. I’d definitely say this one is for older teens (which Scout Comics suggest in the promotional materials.)

Admittedly, JAZZ LEGEND isn’t my thing. This type of story is not the kind I would pick off the shelf on purpose. Having read the story, however, I want to know what happens in issue #2, so they’ve made a reader out of me. A good, solid first issue from Scout Comics.