PRIMORDIAL #1: What Didn’t Happen in Space… 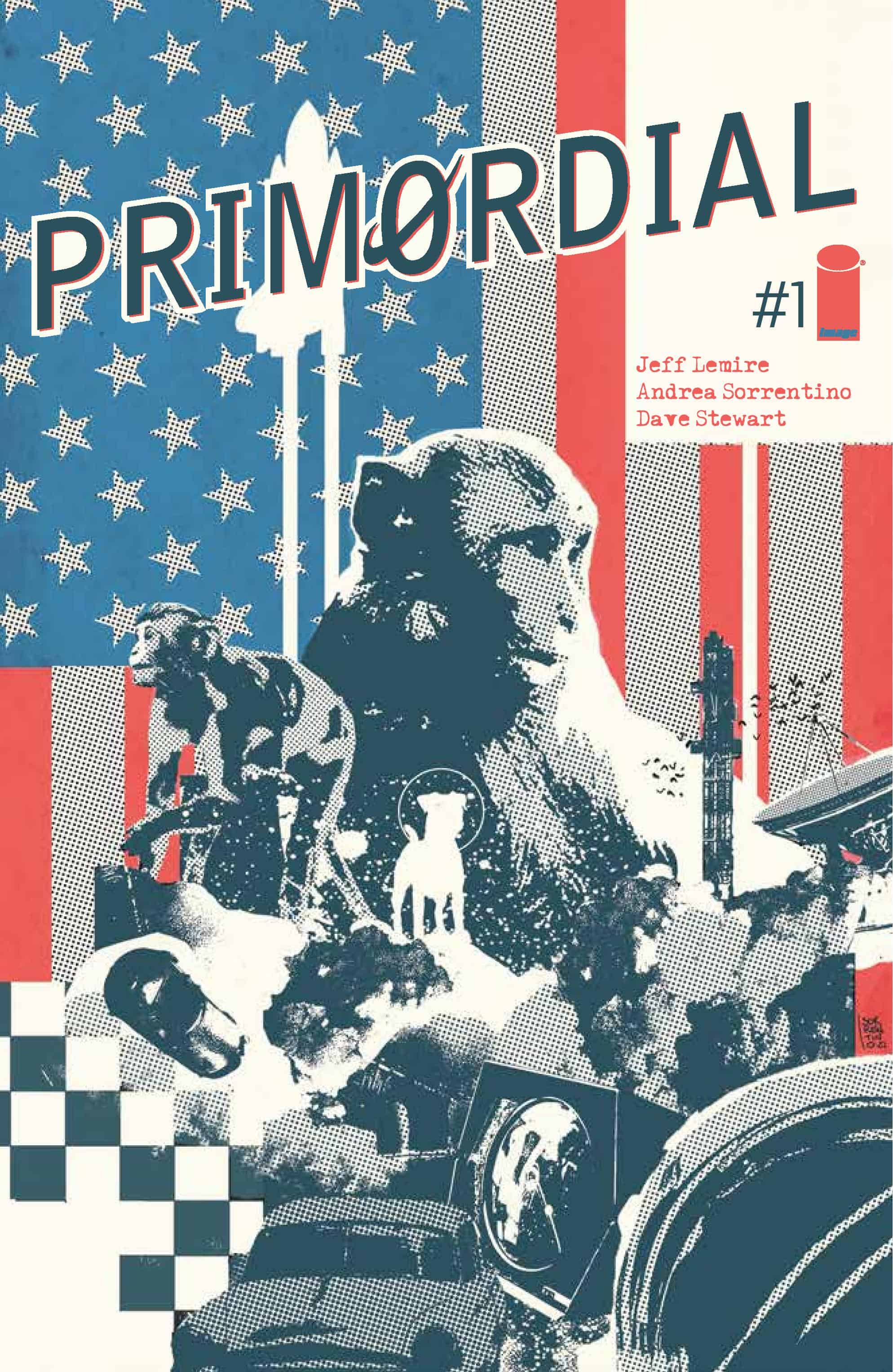 In 1957, the USSR launched the dog, Laika, into Earth's orbit. Two years later, the USA
responded with two monkeys, Able and Baker. These animals never returned. But, unbeknownst to everyone, they did not die in orbit…they were taken. And now they are coming home...

It’s 1961 and MIT Ph.D. Dr. Donald Pembrook finds himself at Cape Canaveral at the site of the now very shuttered and dead American space program…Lemire writes a very believable but different1961 were a man of color is still taken to be janitorial staff instead of the top Ph.D. that he is…where Nixon won the 1960 election against Kennedy and where dreams of reaching the stars have been completely squelched by previous failures and the space race never gathered steam because the animals sent ahead of human attempts ended in failure for both the Russians and Americans and this lead to the respective space programs being shut down…but Dr. Pembrook comes into possession of data suggesting that that is not what happened at all and the rabbit hole opens up from there as Pembrook finds himself wrapped up in a cold war era mystery cover-up. 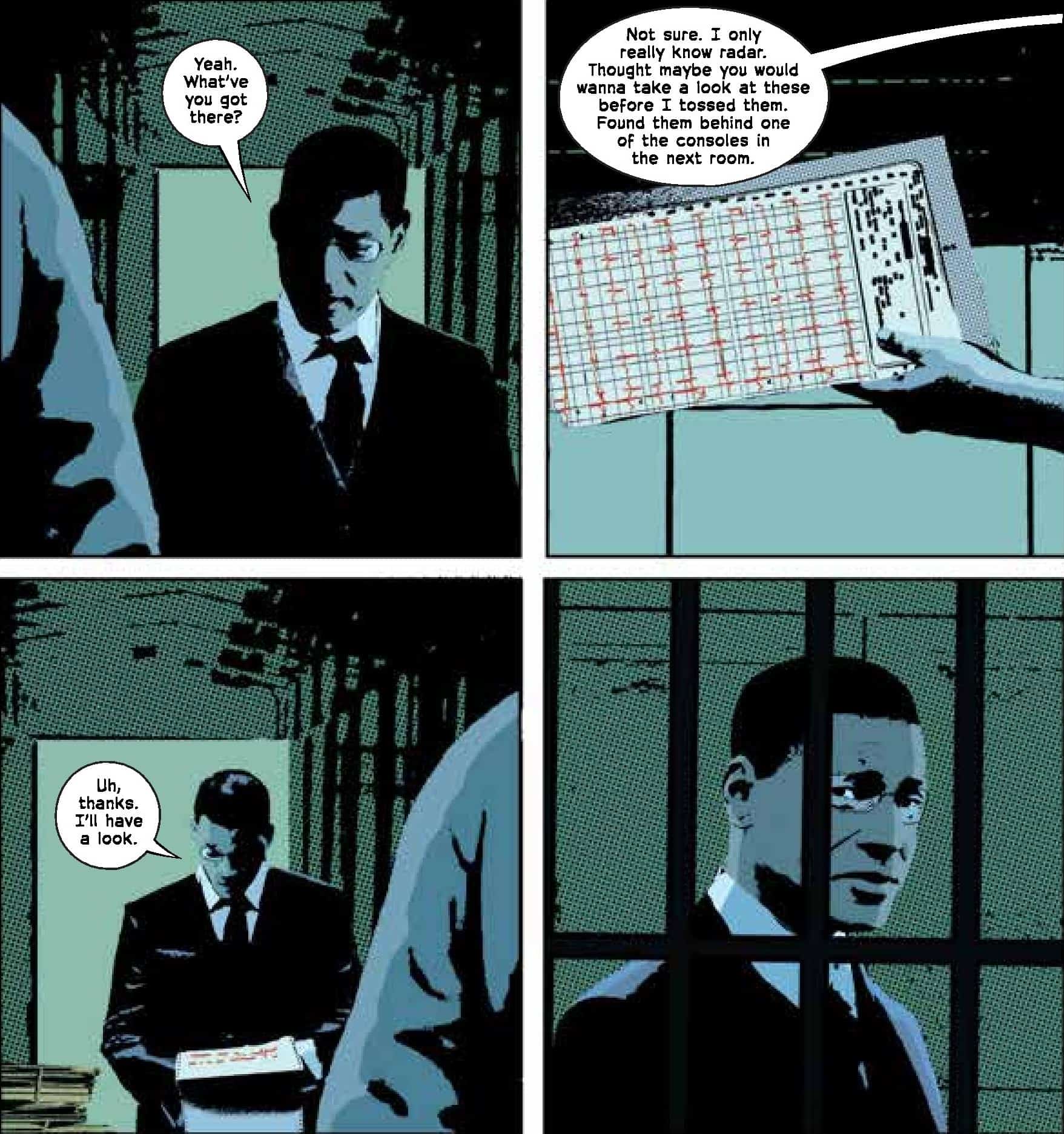 The issue splits itself between Pembrookes journey of discovery of what seems to be a massive
cover up from both sides of the cold war regarding the truth about what happened to the dog
Laika and the monkeys Able and Baker which is largely driven by Lemire’s writing and the cool hued (courtesy of Dave Stewart’s cleverly stylized coloring which makes it feel like you looking into the ’60s somehow)  photo-realistic style of Sorrentino which has the feel of a top class cold war thriller contrasted against Sorrentino’s deeply jarring and absolutely incredibly paneled pages showing what happened to the animals and their space journeys culminating in a superlative double splash page after Pink Floyd’s Darkside of The Moon Cover as the writing and artwork together build a steady heightening tension which rises all the way to the end reveal which leaves its hooks in you making you want to know more. Steve Wands works his usual magic and turns his lettering into pure art on some pages adding to the strong visual impact of Sorrentino’s already deeply impactful art. 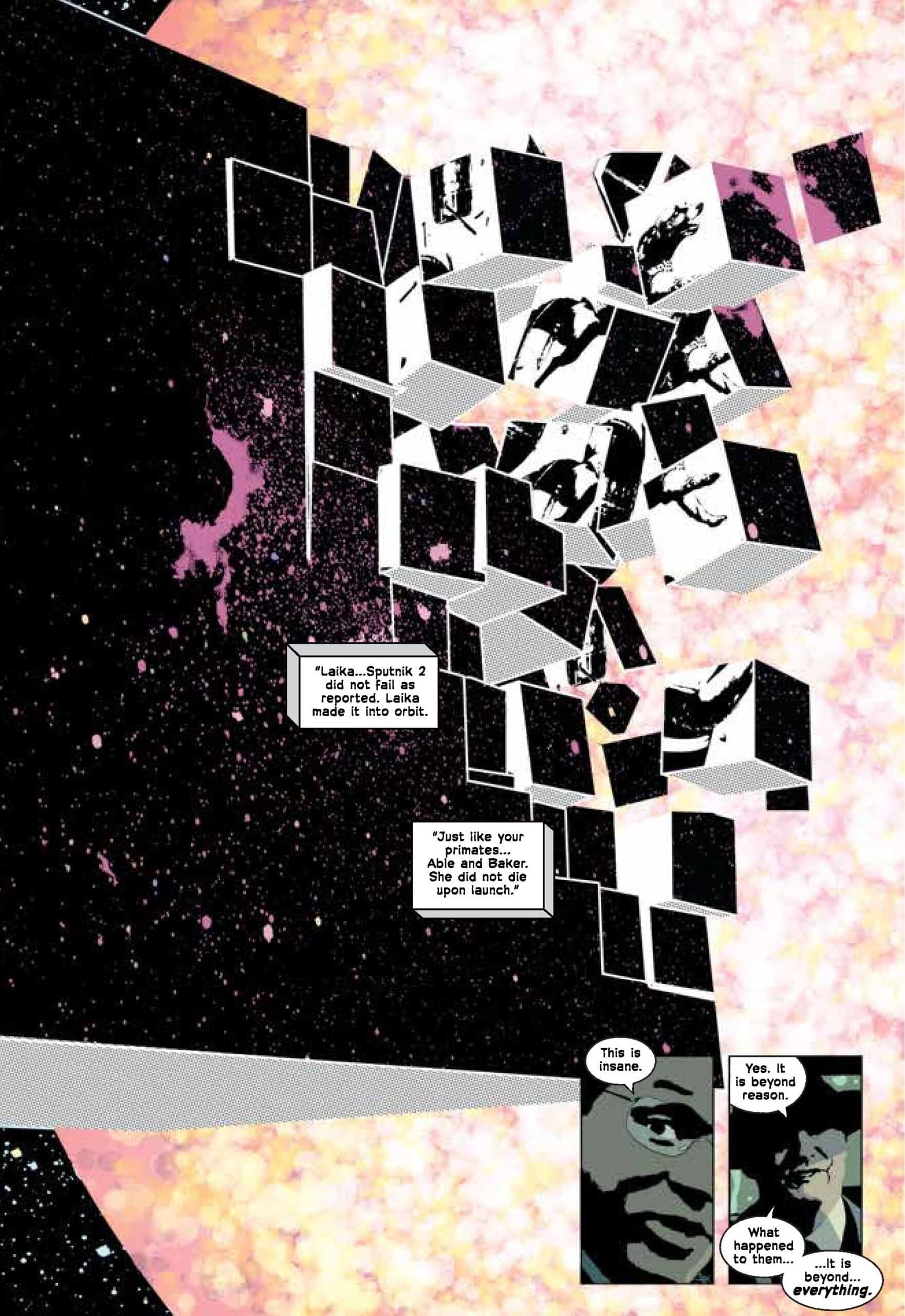 Primordial #1 is a superbly constructed opener from start to finish playing on the cold war era
thriller angle on one hand while Sorrentino's mindbendingly constructed space journey pages
deftly play on the psyche heightening the tension and driving home the alternative sci-fi
elements very reminiscent of Kubrick's visuals in 2001 A Space Odyessy on the other.

PRIMORDIAL #1: What Didn’t Happen in Space…