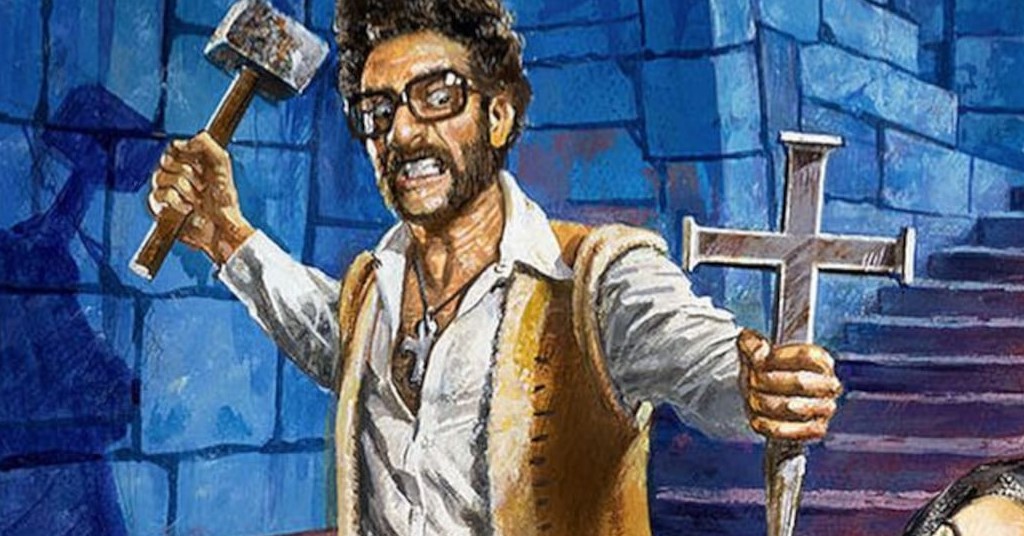 A double-feature of seventies-era grindhouse delicacies!

Comics are fun. The great thing about the medium is that sometimes comics feel like an old concert shirt you’ve been wearing for a decade, but it’s the best thing you own. It’s comfortable, reliable, and dammit, it makes you feel good. That’s comic for me in a nutshell. Now, what happens when you get sent some low-hanging fruit to review?

Everyone has their grading scale on what makes a comic good (in their eyes). One thing that I will always look for is will this comic teleport me into its world. I love it when a comic can make me feel like Bastian did while reading The Neverending Story. And that’s what both these books do!

Diabolik delivers a jam-packed double issue with two different stories that stand solidly on their own two feet. They may differ in plots, but they share the exact make-up of solid story-telling and out-this-world creative teams.

Professor Dario Bava starts off the double-feature with explorations of a haunted abbey. What ensues as the story unfolds is filled with b-roll-style films that you can’t get enough of. It’s like watching Joe Bob Briggs in comic form. From the first panel to the last, Professor Bava: Orgy of the Blood Freak #1 is a complete package of debauchery and horror, if there ever was one. Wrapping up this packed issue of comic book goodness is Gringo Loco: A Day Late and a Dollar Short #1. Gringo Loco has a bucket full of problems that only vengeance, blood, and bullets can solve. It’s a zombie spaghetti western. I never thought I would ever use those three words to describe a comic, but here we are. And now that we are here, we might as well have a blast reading some creepy and crazy comics. These books need to be on your radar!

I adore books that throw caution to the wind and want to have fun. There’s an insane amount of passion on these pages; there’s no doubt in my mind at some point in time that Phil Mucci watched the likes of Elvira and Svenghoolie and read EC Comics, though I could be wrong. However, what I’m not wrong about is how much fun these stories are.