Public Domain #3: You Can’t Always Get What You Want 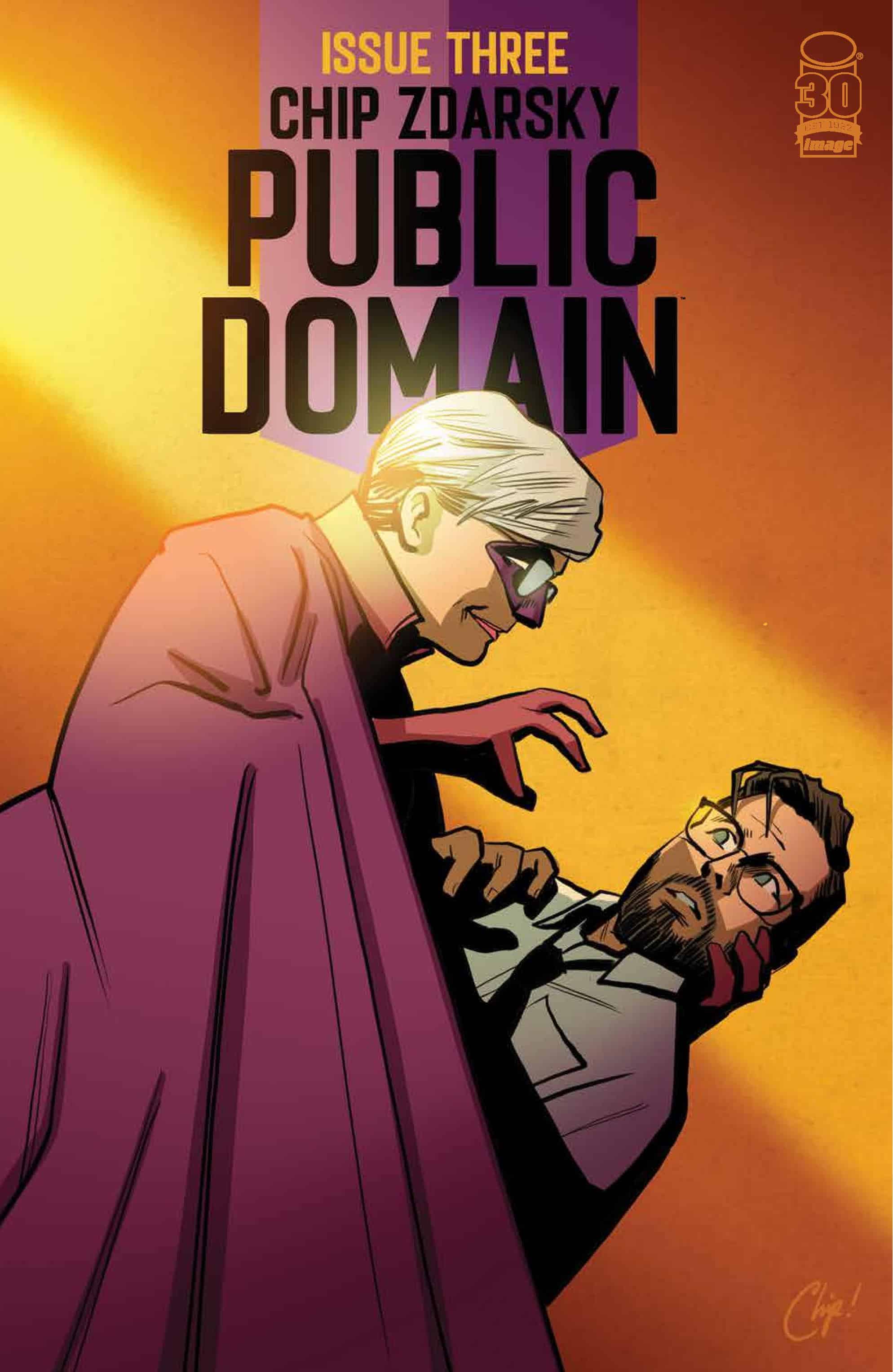 Big things happen! Featuring the fan-favorite new character "Dee" Donovan! That's her on the cover! I think I have a thing for powerful women. It has a lot to do with stuff that happened to me as a child. I don't really want to get into it here!!

A depressing trend that comes with writing these reviews for Public Domain is the fact that when an issue comes around, there’s a new story that aligns with the critiques the book is making towards the comic and entertainment industry. The first and second issues both launched just as discussions about royalties and credit to comic writers and artists were being examined.

This week is reeling from the absolute gutting of Warner Bros., HBO Max, and Cartoon Network. A Batgirl movie that an entire cast and crew put their souls into has been shelved for a tax write off and a whole slate of animation has been wiped from distribution to avoid paying royalties, to just name a few of the major decisions made these last few weeks by the new corporate leadership and CEO David Zaslav. It’s a grim reality that commerce and art are sometimes in direct opposition, and in the trenches, it’s the creators that suffer more than anyone else.

Public Domain #3 – written, drawn, colored, lettered, and designed by Chip Zdarsky – tackles that conflict between the two, but first dives straight into the fallout from the previous issue’s cliffhanger, revealing Miles’s secret origin. The youngest Dallas son is a gambling addict with refreshingly logical bookies from college, and Syd was forced to step in and help his son out of the debts he accumulated. That was an apparent turning point for Miles, who went clean and finished school not long after.

But old urges are manifested and Miles is now 60 grand underwater, with the same bookies, and without a job because of the punch from the first issue. The reveal is spread out through the issue, sharing the plot with Syd and the family going in to settle with Singular, and then checking in with Tanya, who’s been fired for sharing the documents with Syd. Along the way, Miles is picked up and brought to Dee Donovan, the Singular’s publisher, and Jerry Jasper’s sister, who makes an offer to buy the family’s silence. When Miles refuses and reveals Sammy Sockem on a facetime call, it becomes clear Donovan is ready to go to war with the family and offers one of the most chilling sentiments of the series yet.

“Because the public won’t forget those who threaten to take away the things they love: the movies, the comics, the game. They don’t give a shit which sweatshop makes the toys, why would they care when a middle-class family doesn’t cash million-dollar cheques” Donovan says to Miles.

It’s an honest and cutting indication of the state of art consumption in the modern landscape but hits so hard because it speaks to truth. It’s also the reality Donovan is counting on as she prepares to fight the Dallas family with Singular’s vast resources and backing. As the family prepares for what they’re going to do, and Miles’s gambling-fueled motivations come to light, it becomes clear that Syd isn’t going to fight, but settle to help Miles out of trouble again.

That sense of settling as the Dallas parents go into the meeting is palpable, which is why the book’s cliffhanger is such an effective pivot. Zdarsky has proven himself to be a master of the cliffhanger throughout his career, from Daredevil, to Newburn, and even the first two issues of Batman, and it’s no surprise he drops a bomb with the last page of this issue. Syd took the settlement, and has the money to settle Miles’s debt, but along with the money comes the rights to the comics.

Syd can now publish Domain comics, and he wants to work with Miles to do it. The book ends on that reveal, and a new tension opens immediately. Syd is ecstatic at the thought of working on his creations again, while Miles is reeling from the path Syd envisions forward. Zdarsky’s script matches perfectly with his art in the last three panels, offering the entire spectrum of emotions from Syd to Miles in three beats.

Zdarsky’s art is at the same level of excellence in this issue. He does a great effect when Miles gets accosted by his current bookies, who are also his college-era bookies. Miles remains in focus in the foreground of the panel, but the background blurs out of focus. It’s a single, simple panel but employs Zdarsky’s keen skills as a designer to take those basic concepts and inject a complex emotional resonance with them.

A similar application of craft is used in the issue, in which Zdarsky plays with shading and negative space to deepen the darker elements of the book. When the adult bookies come looking for Miles, they slam him through a glass coffee table, and in the next panel, the book pivots to a noir aesthetic. A third of Miles’s face is cast in the solid back as he wipes possible blood from his lips. It’s a little moment that evokes a gravitas in direct conflict with the warmer palette the book primarily lives in.

That same use of black pops up later in the issue, as Miles rides an elevator to meet Ms. Donovan. The panel is split in half, as Miles and two figures ride the elevator, with the bottom solid back. It’s a moment that builds tension in the flow of the sequence and is an apt visual metaphor for the series as a whole. Below the glamorous and inviting colors of the comic world, there’s a dark underbelly waiting to consume.

The use of blacks appears one last time, in the last panel of the issue, as Miles reacts to the news of Syd getting the publishing rights back to The Domain. The entire family and their counsel are blacked-out silhouettes standing in the warm browns of an office, looking like shadows haunting the site of the bombshell just dropped on them. It’s a striking final image to end on, and Zdarsky knows it. Punctuated but a word balloon that mirrors the shock, with a single “…the fuck?” uttered as Miles grapples with the reveal.

Three issues in, and Zdarsky has already thrown a paradigm shift into Public Domain. It’s an excellent bit of writing that leaves on an arresting cliffhanger that promises plenty of drama, and depending on a reader’s outlook, a possible happy or tragic ending. That stroke of genius writing, elevated by stunning art and innovative coloring, reminds anyone reading that Zdarsky is a tour-de-force. Public Domain should already be on every comic fan’s pull list, but if it isn’t, there’s still time to catch up before the next upsetting real-world event that further justifies the core ethos of this series.

Public Domain #3: You Can’t Always Get What You Want