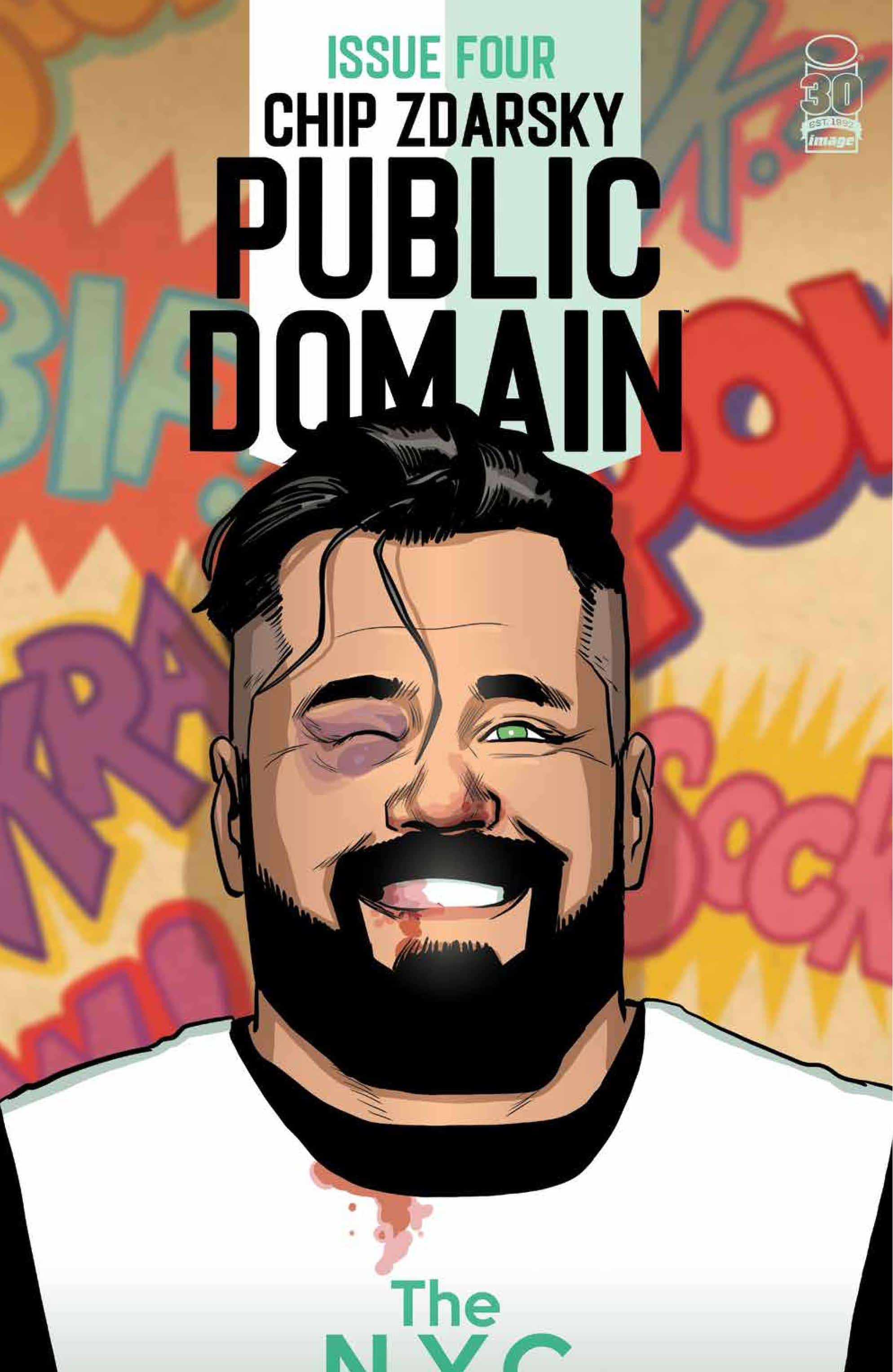 The legal battle is done, but the fighting has just begun! Syd looks to the future as Miles runs from his past! Can he find happiness? Can any of us? Honestly, I’m not sure. I think the most we can ever hope for is to feel content. But what do I know? I’m killing myself writing and drawing comics.

Four issues in, and Chip Zdarsky’s Public Domain continues to be a barometer for industry issues. This week’s discussion is piggybacking off a previously reported strife at Warner Bros/Discovery. The new trouble is the reported possibility of yet another acquisition, and the ransacking of Warner Brothers could be the foundation for the future selling of the company, or at the very least, its parts like HBO and DC Comics. At the very least, the news signals that the era of rights exclusivity at Warner Bros/Discovery is over, with a focus on leasing out content and characters to other services. Zdarsky captures that sense of leasing properties to solve a short-term problem in his story of creators living in the wake of massive companies.

Public Domain #4 – written, drawn, colored, lettered, and designed by Zdarsky – continues to tackle the dynamic of creators and companies, propelling the Dallas family into a brave new world of comics publishing. After the deal is revealed in the last issue’s cliffhanger, Syd now controls the publishing rights to the Domain and Singular characters, along with the money needed to pay Miles’s gambling debts. Miles sees this as another one of Syd’s delusions, calling out the deal as the chance to “publish fan fiction.” The situation pushes Miles into a corner, and he prepares to take the money and run. Zdarsky reveals Miles’s ex-wife in an attempt to keep Miles from fleeing, and it takes a traumatic beat down from the bookies and David’s interference to keep Miles in town.

The central conflict of Zdarsky’s script falls onto Miles, who needs to pull his head out of his ass and learn to support his father’s decision. Luckily, Miles has a great family, and Zdarsky sets up great echoing moments of David helping to dislodge that ass. Zdarsky’s art does a great job of signaling when Miles switches to the asshole mode, using a glare of his glasses to obstruct his eyes. The stylistic choice evokes villains in anime/manga, and Zdarsky’s deployment of the artist trope is strategic and an effective way to represent that shift in attitude.

Miles’s issues and his decision linger on the issue, and it’s his bookies that bring that conflict to the forefront. The two bookies remain as the MVP side characters of this series, pulling double duty to accelerate the plot while delivering some of the best jokes in this issue. Their reactions to the gun are a god-tier joke, reading on the surface as a fun bit while humanizing these characters. It’s a great example of what makes Zdarsky’s works so compelling. Nothing, even a throwaway line or joke, is wasted in the big picture. Everything is in service of the story and art, to craft the most compelling or hilarious comic possible.

Though this series is primarily the story of a family trying to live beyond what has been done thanks to a company profiting off an artist, it makes sure to pack in plenty of action sequences. The fights Zdarsky draws are nothing like those in his Daredevil back-ups, aligning with a much more realistic style. Punches thrown are sloppy, pushing and shoving are the default attack, and collateral damage is common. A gun resolves the fight, but the absurdity returns with it. Everyone’s taken damage by the time the gun comes out, and Zdarsky infuses the haggard energy of adrenaline that comes crashing down.

Those moments give the bulk of the issue its kinetic pace, but Zdarsky takes the time to slow down in the back end. After Miles and David work out the problem, albeit temporarily, they return to their childhood home to hear out their father’s explanation. He reveals why he fought for the publishing rights, as they represent his legacy, and not the movies or various things created from them. It’s a refreshing take on comics, which some see as nothing more than storyboards for an eventual movie or TV show. It’s not wrong to want to see comics, which are inherently a visual medium, translate to the screen at some point, but people forgetting their roots on the page is infuriating.

Zdarsky refutes the notion of comics as templates, and Syd embodies the legacy of creators. His works will become his son’s now, and he wants to create something they can be proud of. The moment is honest, and it’s hard to not choke up when reading, as Zdarsky’s art and coloring convey the moment of a father finally fighting for what he wants. Zdarsky’s art, and the way he captures everyone’s expressions, from Syd’s honesty to David and Miles’s shock, and then Tanya’s rage, all give a massive range of emotion. The nuance and conflicting emotion in each face, as though these moments are playing out in real-time, in a way that keeps these talking scenes dynamic and captivating to read.

Public Domain only seems to get more relevant with each issue, inadvertently linking to real-world events that would make many call Zdarsky a psychic. In reality, it’s observing and drawing on patterns in an industry built on the unfair treatment and labor of creativity that Zdarsky is channeling. With this issue, Zdarsky gets to expand into some more action for a strong sequence that balances with absurd comedy before switching gears to a brutal and honest expression of an artist's hope for a legacy, and what it means to him and his family. Zdarsky’s range in this title is awe-inspiring and continues to remind readers about what goes on behind the scenes of their favorite works of art.