Punisher #12: In Which a Great Many Foes Are Dispatched on an Island 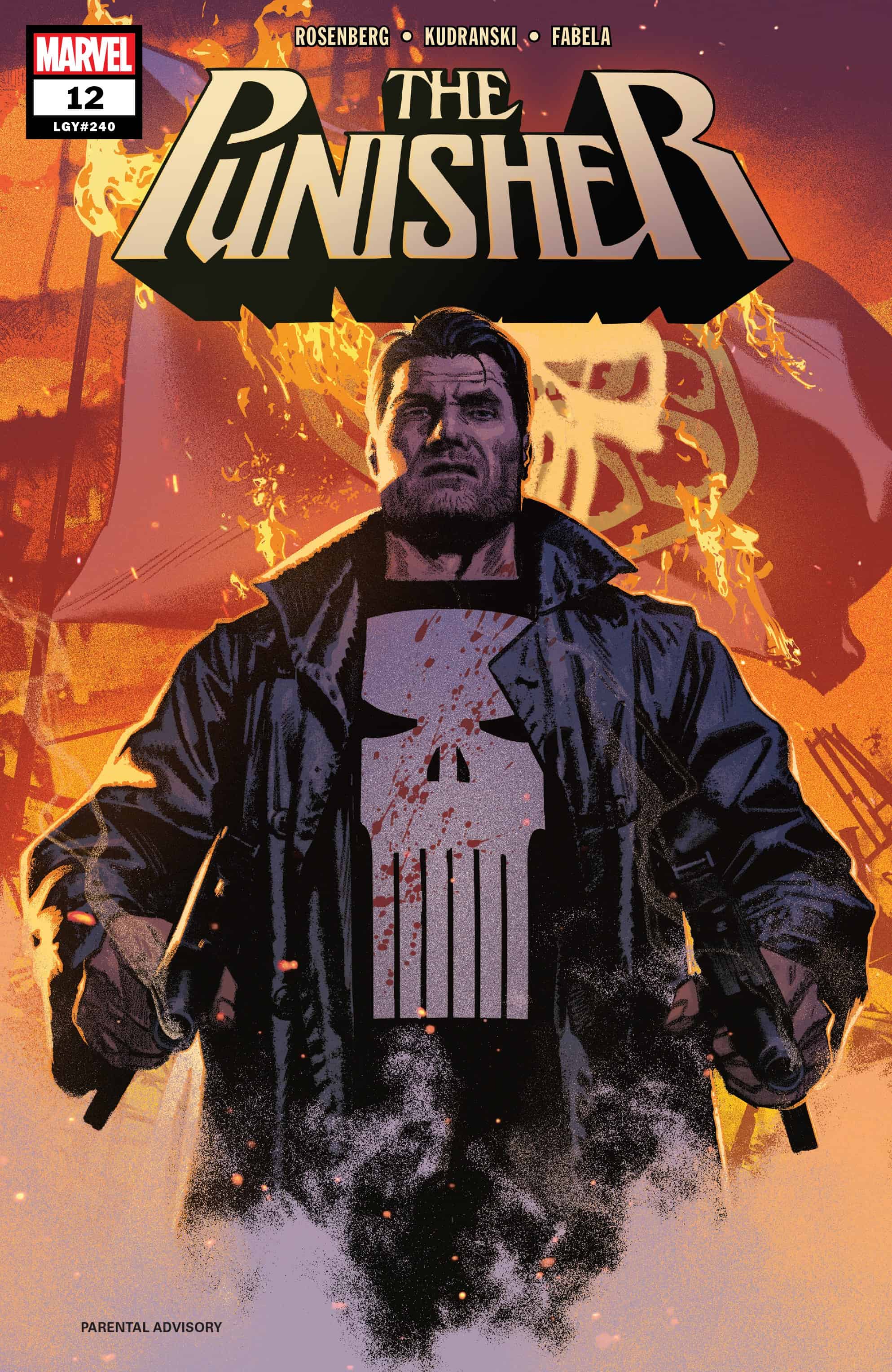 In the aftermath of "War in Bagalia," the Punisher's ongoing war with Hydra begins anew, even as the world (and Baron Zemo) thinks he's dead! Turns out he's living the island life, though... 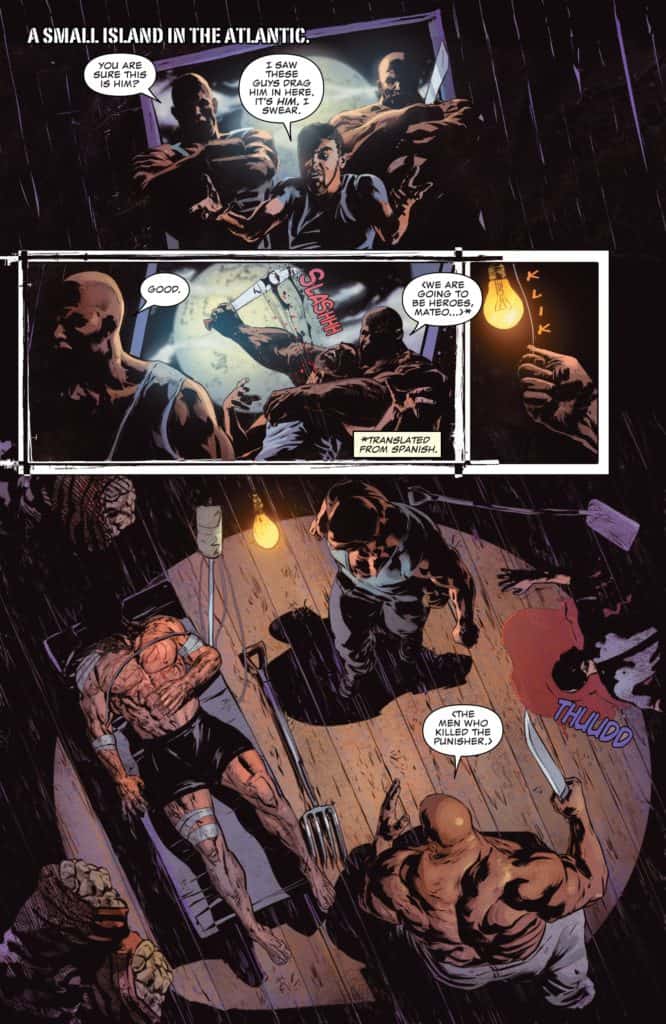 Naturally, it doesn't take Frank long to overcome these would-be assassins, even in his weakened state. He then finds that he has unforeseen allies on the island! 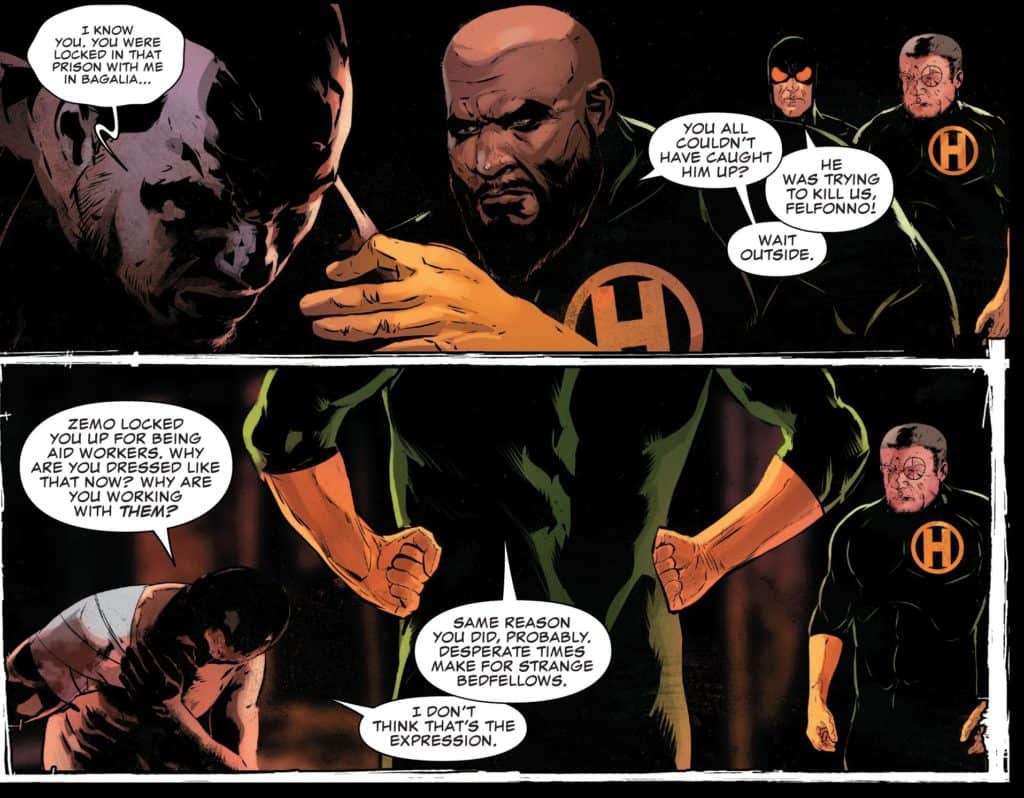 The island, it seems, is overrun by drug smugglers and other ne'er-d0-wells who could use a lesson in dying horribly from Frank. So, he sets out to do that thing. 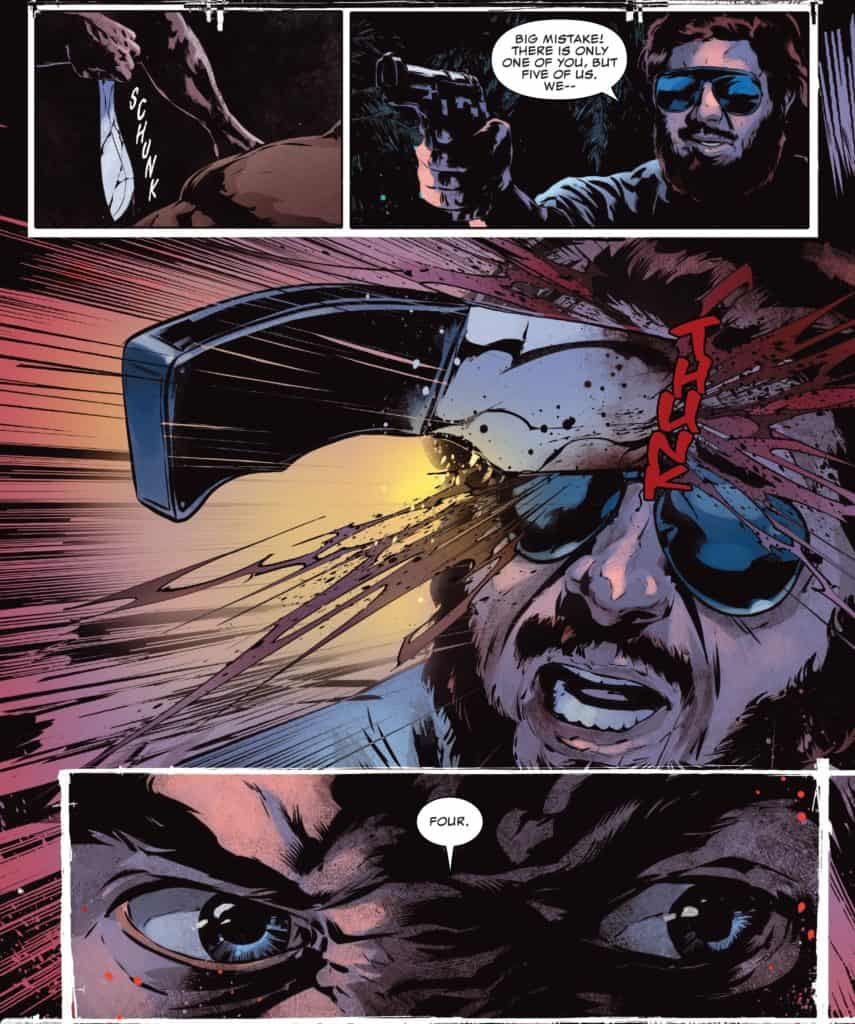 But it wouldn't be an island jam without some party crashers, and when Hydra shows up - looking to verify Frank's demise from last issue - that's when things really get fun! 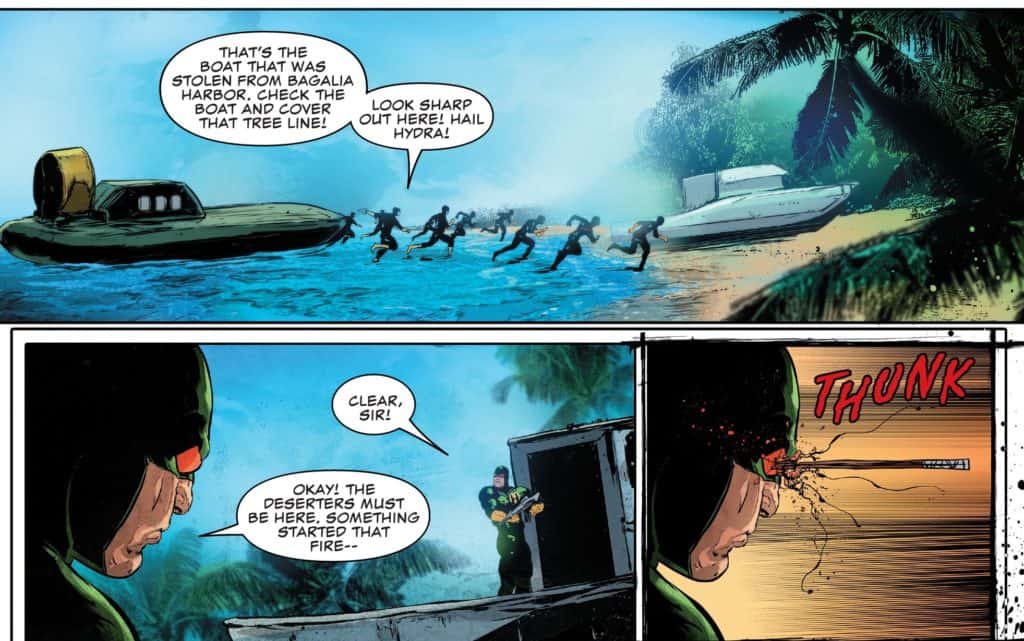 The Punisher is a gloriously uncomplicated character: he kills bad guys. Period. Comics’ ne plus ultra of the ’70s Death Wish aesthetic and ethos has had an impressively long and successful existence, especially considering that character growth, change, and maturation don’t factor into who he is in the least. Frank Castle kills bad guys because otherwise those bad guys would be alive, making the world a worse place. From time to time a shake-up in the formula has been attempted, but it never lasts for long: at the end of the day, what we want from Frank is to see him cut loose on some scumbags, vicariously giving us what we could never have in real life.

Of course, in this age of mass shootings, such a character – who solves his (and society’s) problems with nothing more complicated than lots and lots of bullets (and knives, blunt objects, explosives, polar bears… whatever’s handy), could be a magnet for controversy. But he isn’t, because Frank Castle is ultimately a fiction, an escapist fantasy at best and lowbrow, knuckle-dragging buffoonery entertainment at worst.

The Punisher never changes, so by necessity his surroundings must. So too must his foes, because really there’s only so many stereotypical mob guys in bad suits to dispose of, or international terrorists, or what have you. So for writer Matthew Rosenberg to have Punisher go up against Hydra – Marvel’s evergreen substitution for any and all terrorist/cult organizations – is actually a pretty fun exercise, if for no other reason than it’s something new, especially when you throw Baron Zemo and his entire nation-for-supercrooks country of Bagalia into the mix.

The problem Rosenberg has run up against is that in lieu of more fleshed-out story, the series has gotten into the perpetual problem of having all-action issues with little to no substance otherwise. There’s no real challenge for Frank, because even though we as readers know that of course he’ll come out on top, that understanding should be offset by a wondering at how Frank will win the day. To be sure, Rosenberg is delivering insane, over the top bonkers Punisher fun, but after awhile, it gets too repetitive for its own good.

Which brings me to Punisher #12, part one of a new story arc entitled “War in the Streets.” Punisher is presumed dead on washed up on and island, but sure enough, it doesn’t take long for him to be killing with impunity and ease. That’s all well and good, but couldn’t we at least get to see Frank struggle even a teensy bit to overcome? After all, he literally just washed ashore from a plane crash. It’s okay for him to be off his game, Rosenberg! But instead, Rosenberg immediately has frank all-too-easily demolish everything the island throws at him with unearned ease.  It’s a bit of a letdown because the set-up implies that, being out of his element and banged up from surviving a plane crash would make things more dire… but it doesn’t. This Punisher run – exemplified by Rosenberg’s writing – has been extremely hot and cold, with very little variation in between.

But at least the art balances things out. Szymon Kudranski is a hell of a good fit for Frank’s dingy little corner of the Marvel Universe, dark and gritty without going over the top into bad ’90s tropes that those terms infer. He occasionally renders a panel here or there that’s overrun with inks to such a degree that it’s nigh-impossible to make out what’s going on, but this issue, with its brighter hues provided by Antonio Fabela, isn’t one of them. And it’s a good thing. The consistency in the art more than makes up for Rosenberg’s lack thereof.

Rosenberg turns in another fun-but-vapid script, but it's buoyed by Kudranski and Fabela's strong artwork. Although this series is fun, it does get a little too repetitive for its own good at times, even when it changes locales.

Punisher #12: In Which a Great Many Foes Are Dispatched on an Island