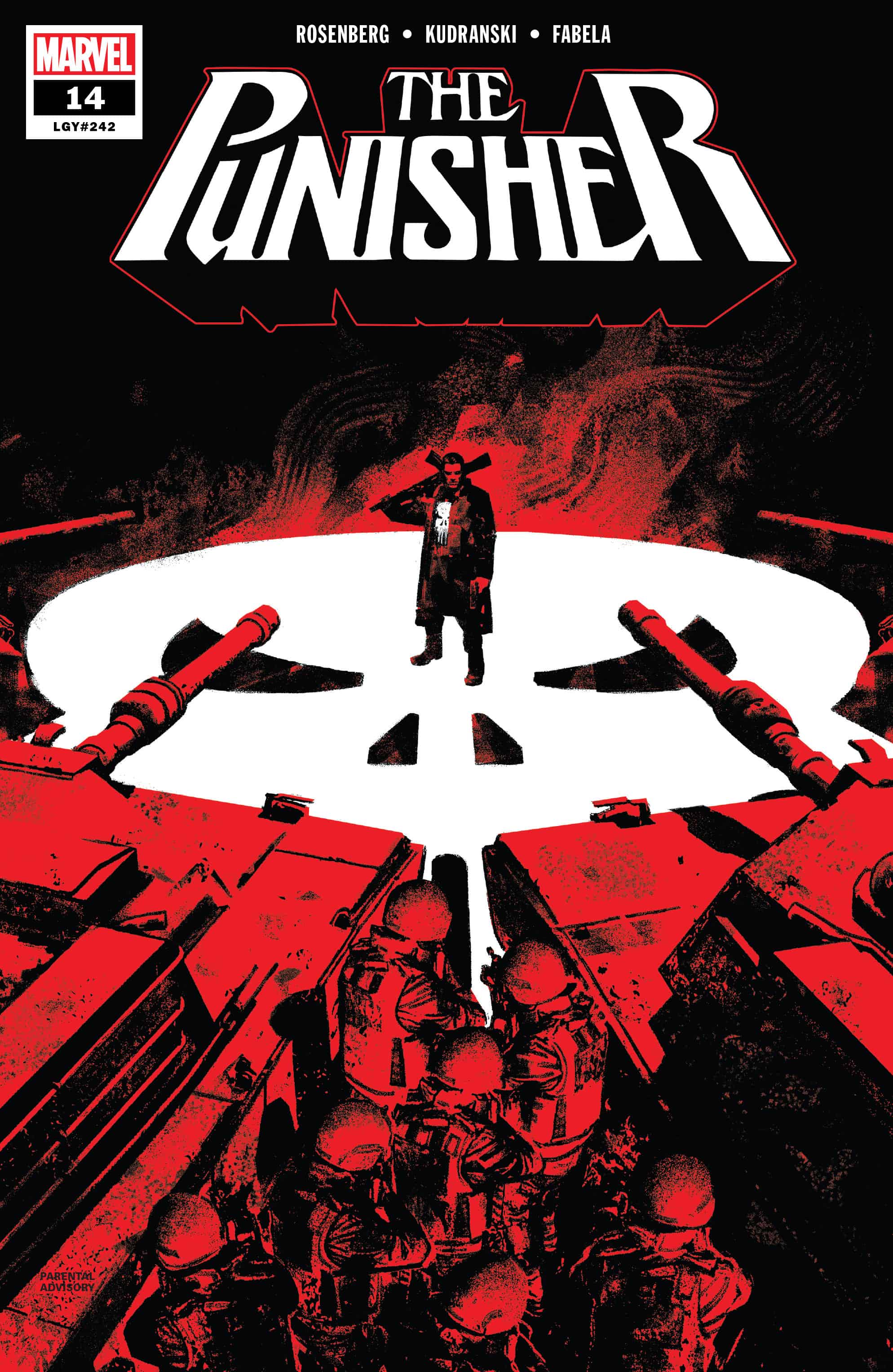 "War on the Streets" heats up as Baron Zemo's Hydra forces, disguised as U.N. troops, continue their maximum pressure campaign to force Punisher out of the shadows! 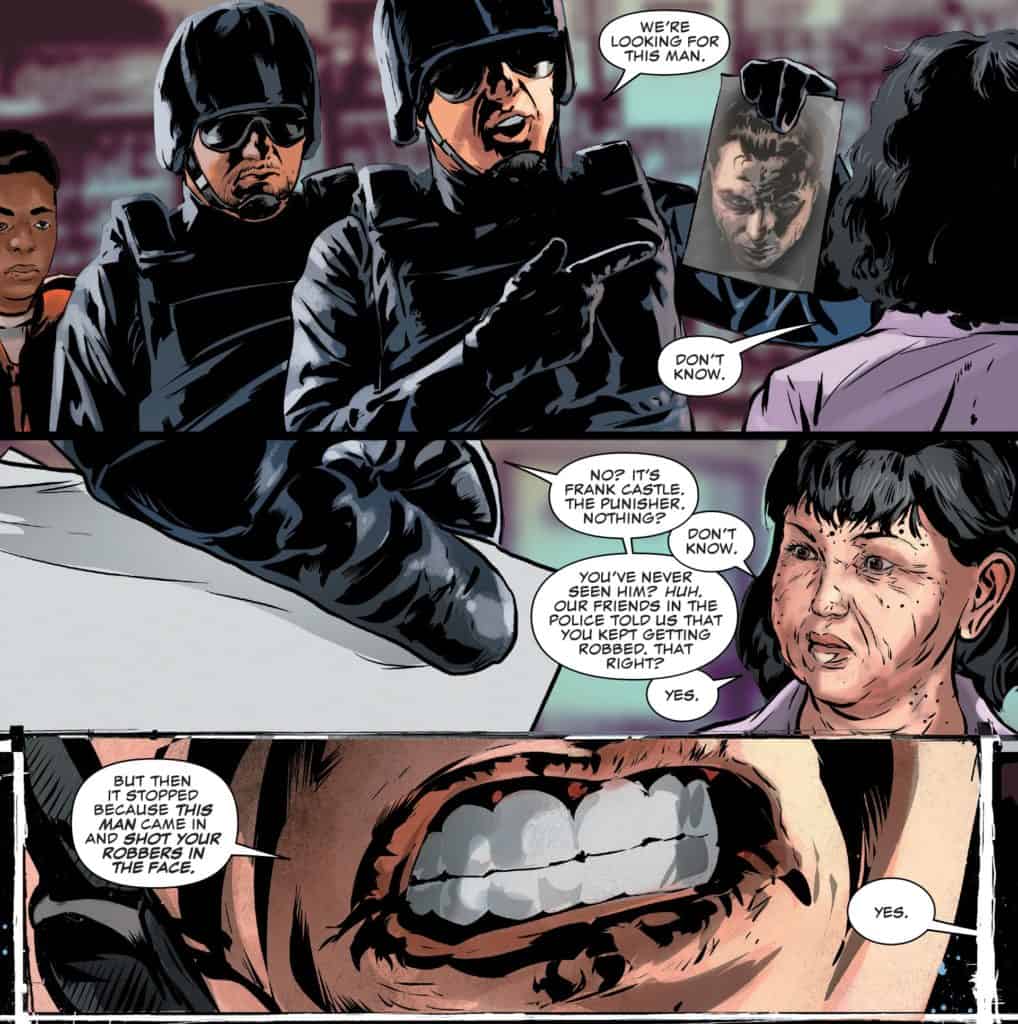 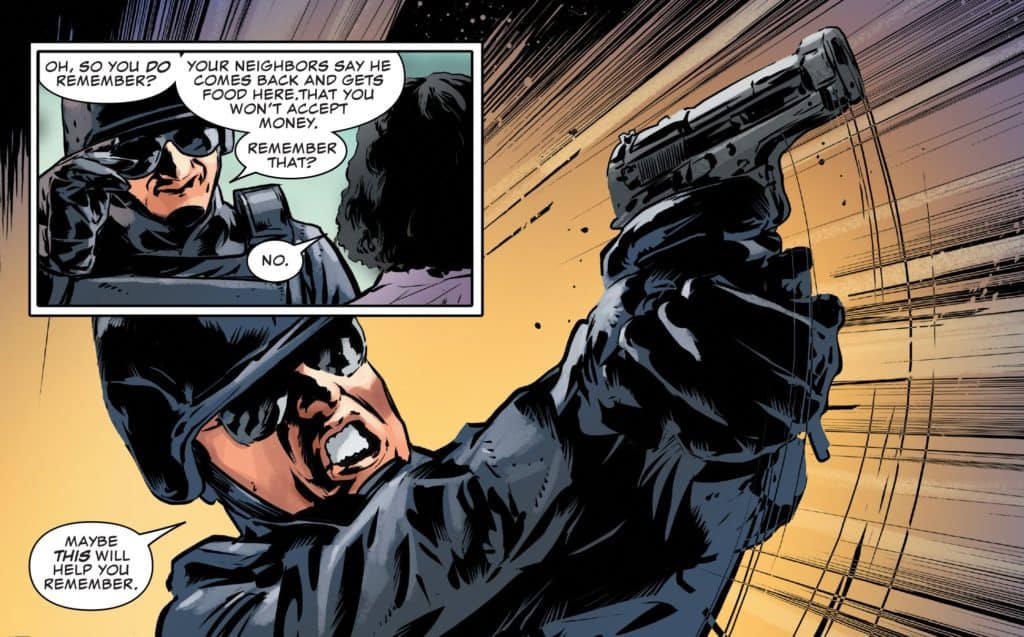 Frank's not alone, though. Black Widow has been a bit more successful in locating him than his foes. 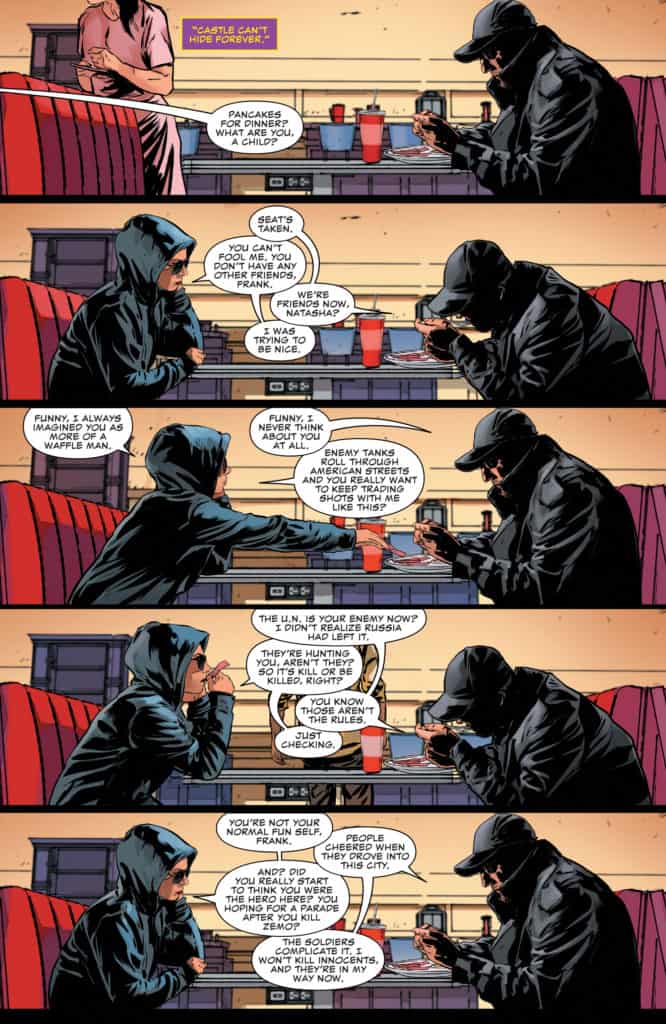 Frank declines any assistance, though, insisting he works best alone. He soon comes to regret that decision, though, when he comes face-to-face with Zemo's newly-reassembled Thunderbolts! 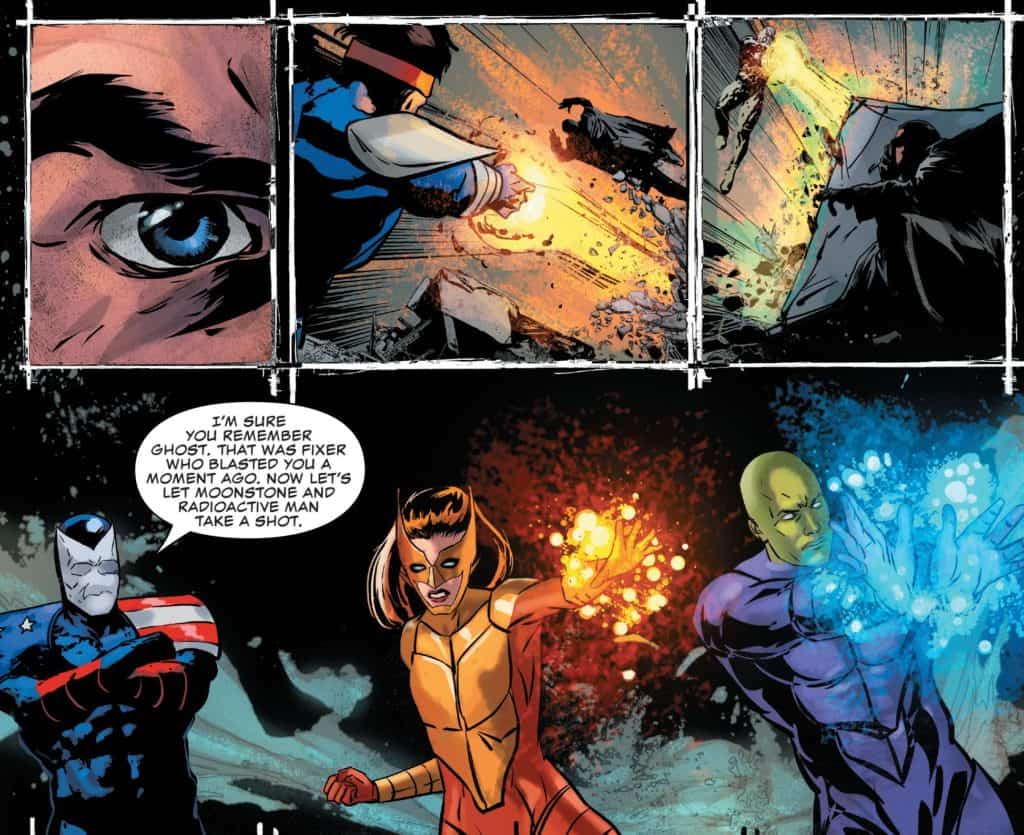 But Black Widow is hard-headed, and despite Frank's protestations, assembles a new - if nominally questionable - group of heroes to keep his fat out of the fire! 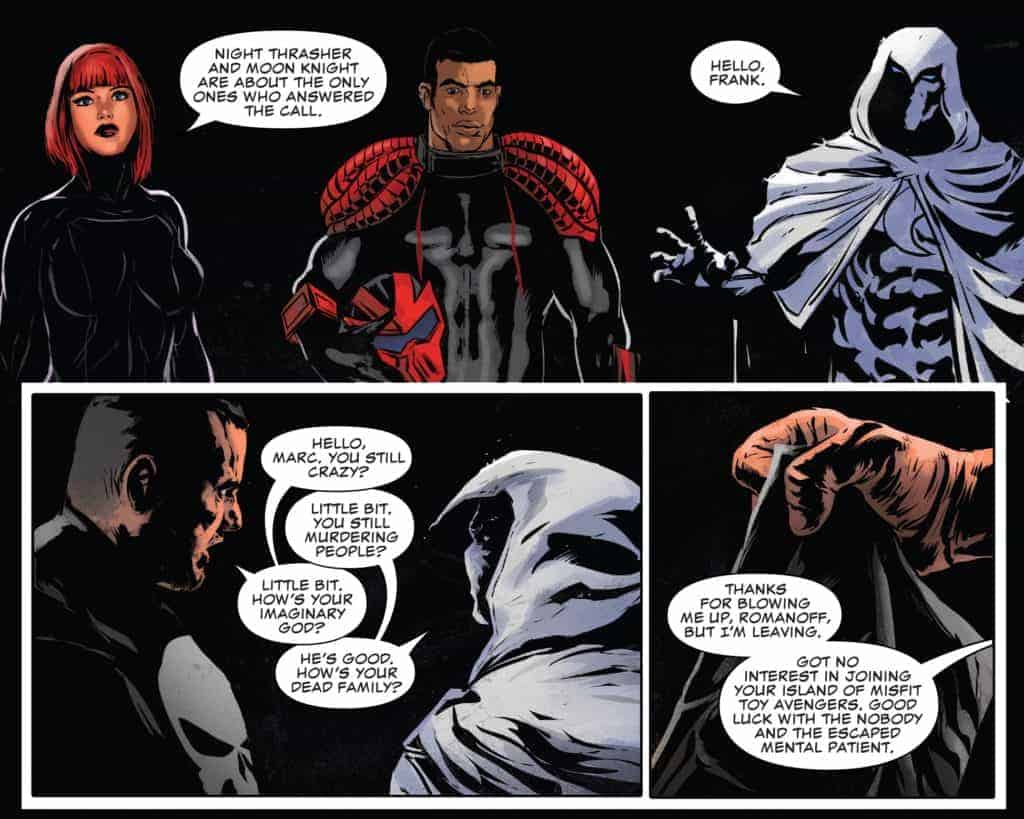 One of the side effects of modern-day decompressed storytelling is a tendency for a single issue – taken solely on its own merits – has a tendency to feel like it hasn’t gone very far from start to finish. Rosenberg isn’t playing that game here.

Punisher #14 does a great job of moving the needle forward for writer Matt Rosenberg’s “War on the Streets.” From start to finish, nothing is the same, and the story is in a completely different place from where it started. I bring this up because Rosenberg has had an occasional tendency to spin his wheels on whole issues of this series, opting for cover-to-cover kill frenzy in lieu of any actual story development. Rosenberg’s eschewing of that tendency marks a shift in his storytelling abilities for the better.

It’s unfortunate, though, that in moving the story forward entails turning the Thunderbolts into ineffectual clowns. True to form, Punisher makes short work of them, and although none are killed and ultimately overpower Frank, the casualness with which they’re utilized feels like a bit of a slap in the face for long-time T-Bolts fans.

It’s certainly not all bad, though. Putting the Punisher into situations he can’t just shoot his way out of requires a level of engagement from Rosenberg that he hasn’t typically displayed here. It also asks for deeper story consideration from the reader than the bang-bang-shoot-’em-up resolutions of recent issues past. Adding Moon Knight, Night Thrasher, Black Widow and more heroes to the mix is a fun turn as well, because it adds new ingredients to the recipe. The key to writing Punisher is changing his circumstances, not the character. Essentially turning New York into an anti-Punisher police state does that trick quite nicely, too.

At some point Rosenberg’s going to have to resolve Punisher’s ongoing conflict with Baron Zemo. But not yet. The escalation seen in this issue proves there’s still more water in that particular well, and Rosenberg’s doing a bang-up job plumbing its depths. I wish I could say as many glowing things about Szymon Kudranski’s art this issue, though. The whole issue looks rushed, possibly in an effort to get to the artist’s coveted new assignment on Action Comics. I’m not sure what quite happened here, but the entire endeavor looks sloppy at best. That cover, though…? Is perfect.

Punisher #14 adds a lot of great ingredients to Rosenberg's simmering stew, and is all the better for it. But the story is hampered by rushed, borderline-sloppy art, and a misuse of the Thunderbolts as impotent clowns.