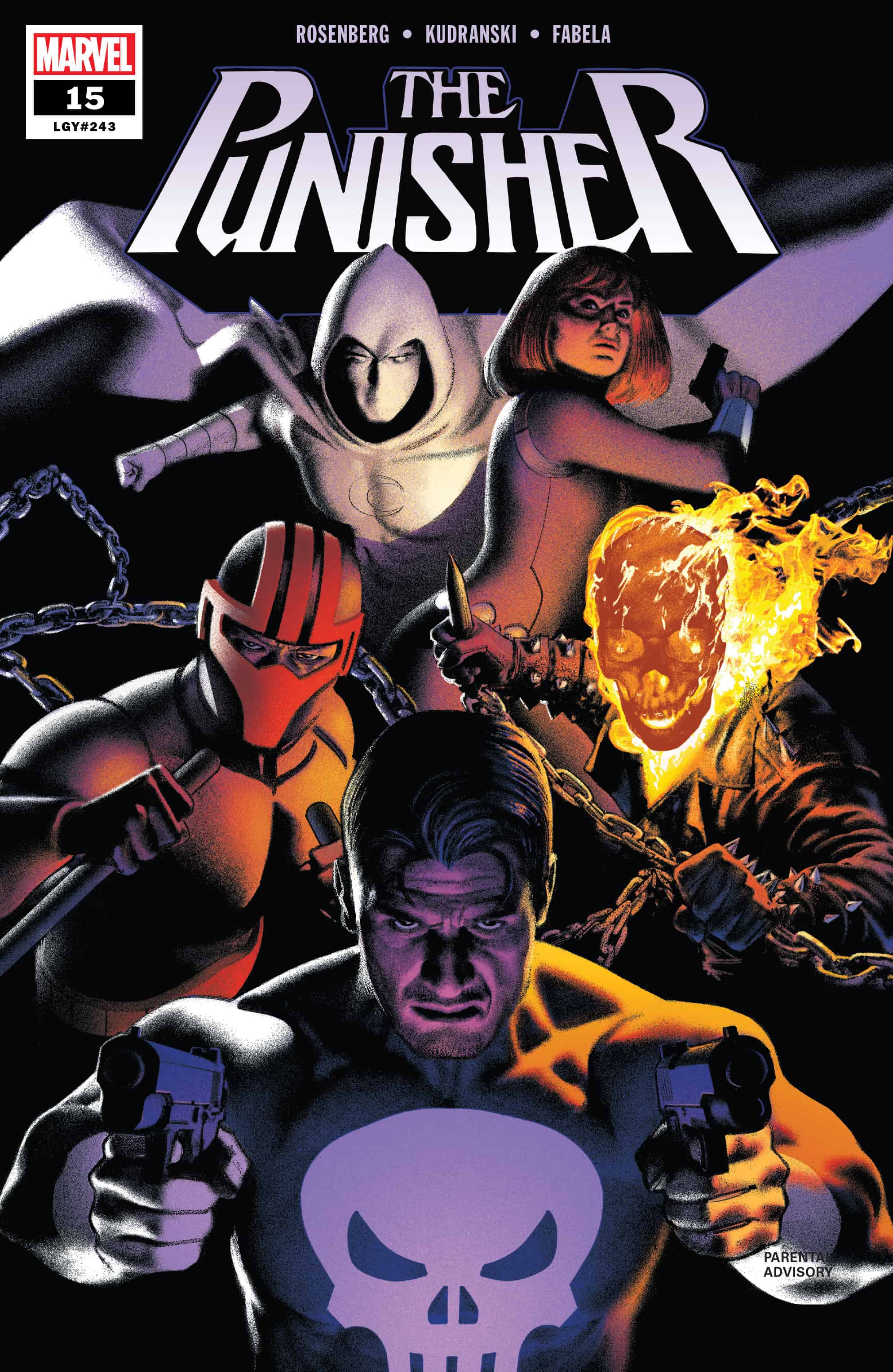 The Punisher has his allies in his "War on the Streets" against Baron Zemo! On top of Black Widow, Frank has been joined by Moon Knight, Ghost Rider, and Night Thrasher! 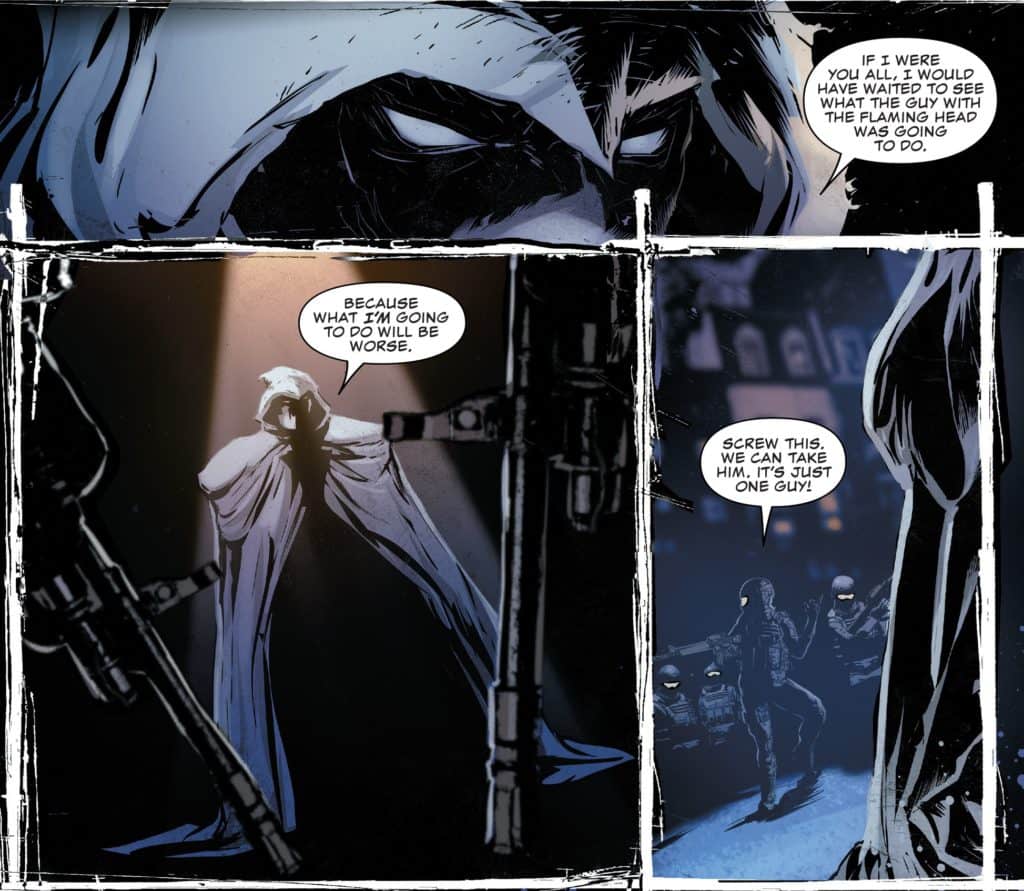 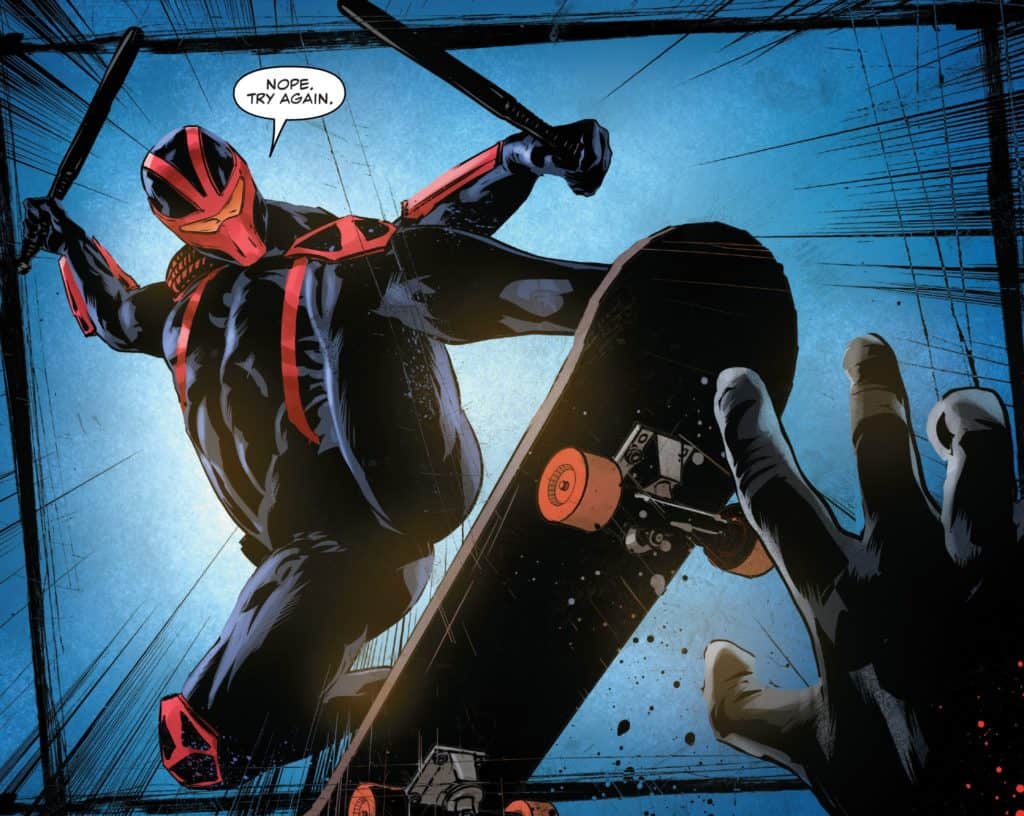 Alongside ersatz she-Punisher Rachel Cole-Alves, this group is a force to be reckoned with. But can even they overcome 400 Hydra troops and Zemo's reconstituted Thunderbolts?! The stage is set for one epic battle royale! 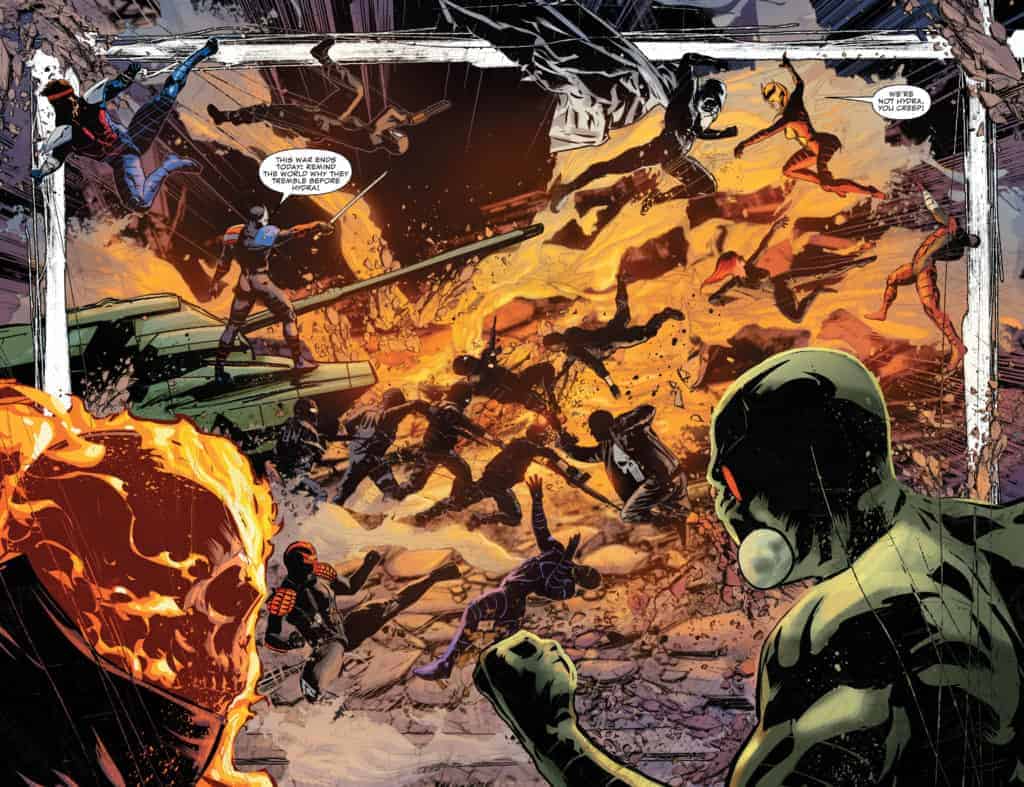 When in doubt, add more crazy to the mix. That’s definitely the overriding philosophy of writer Matthew Rosenberg for “War on the Streets,” which reaches its penultimate chapter this conclusion. Rosenberg, not content to “merely” have Punisher go up against Baron Zemo, the Thunderbolts (or a version of them, anyway), and twenty-score Hydra troops, ups the ante and throws a trio of Marvel’s looniest into the mix: Ghost Rider, Moon Knight, and Night Thrasher (he of the corporate outrage and skateboarding). Oh, and Black Widow to be the voice of reason and Rachel Cole-Alves because… reasons, I guess.

It’s a lot of fun turning these characters loose on an unsuspecting Hydra. I especially love Moon Knight’s declaration that they should have taken their chances with “the guy with the flaming head.” Honestly, I’d love to watch this group run around getting into absolutely bat$%!+ situations over the group over in Savage Avengers.

Zemo, for his part, continues to be portrayed as ever-so-slightly in control of a given situation, but completely oblivious to just how tenuous his situation truly is. He lives in a state of constant denial, that at some point, this man who has literally killed hundreds of his own soldiers will somehow be brought low. Granted, bringing his Thunderbolts into the mix was a stroke of genius, but against the likes of Ghost Rider and Moon Knight…? Not gonna happen. There’s a particularly gratifying exchange between Fixer and Punisher: 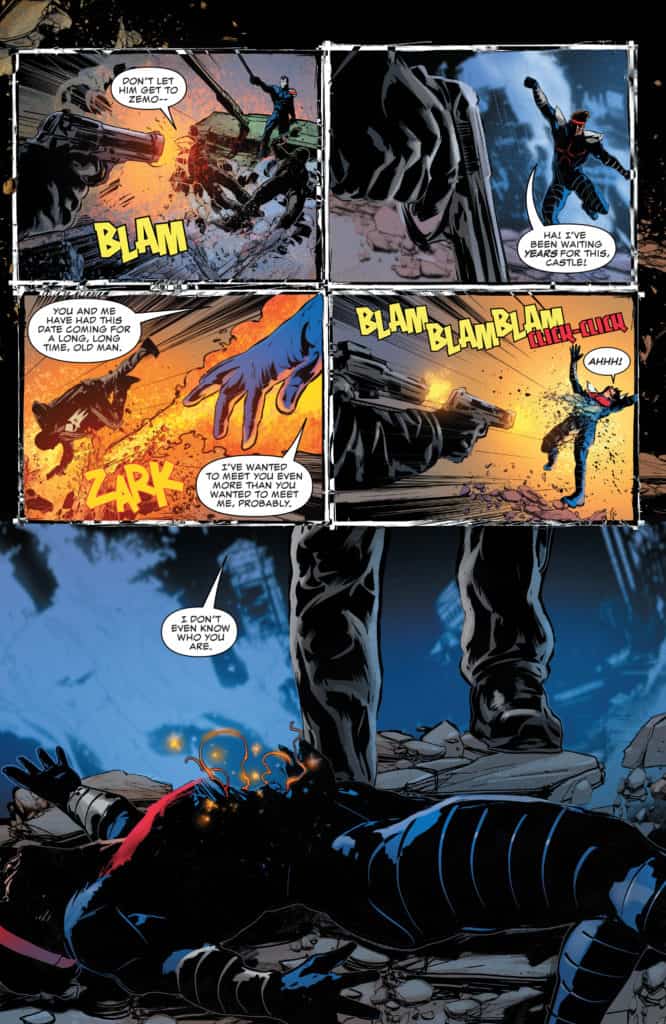 A terrifically fun outing for the Punisher results in a terrifically satisfying issue to read. Where this all goes from here is anyone's guess, but as long as Rosenberg continues to deliver issues on par with this, it will be a blast getting there.