Punisher #7: A Time to Not Kill 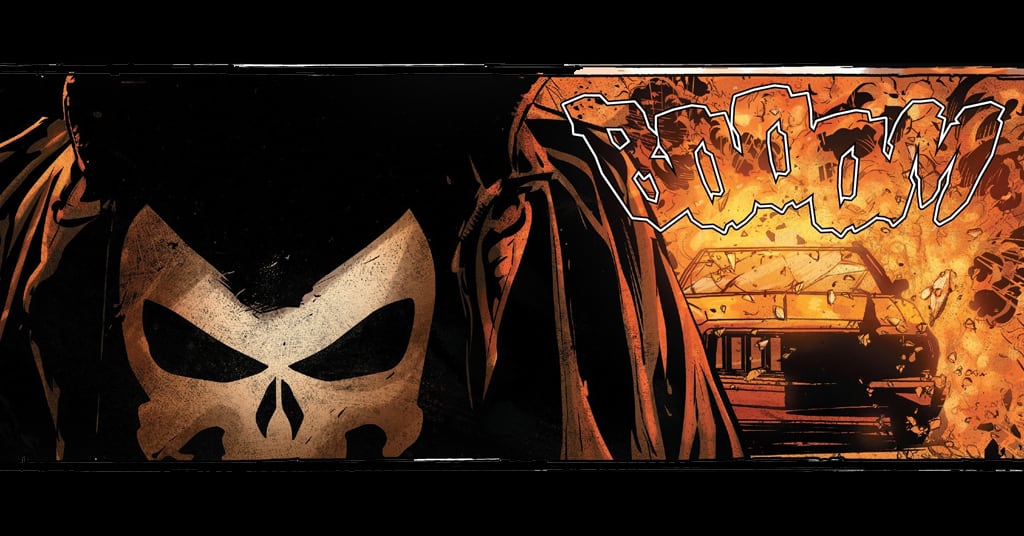 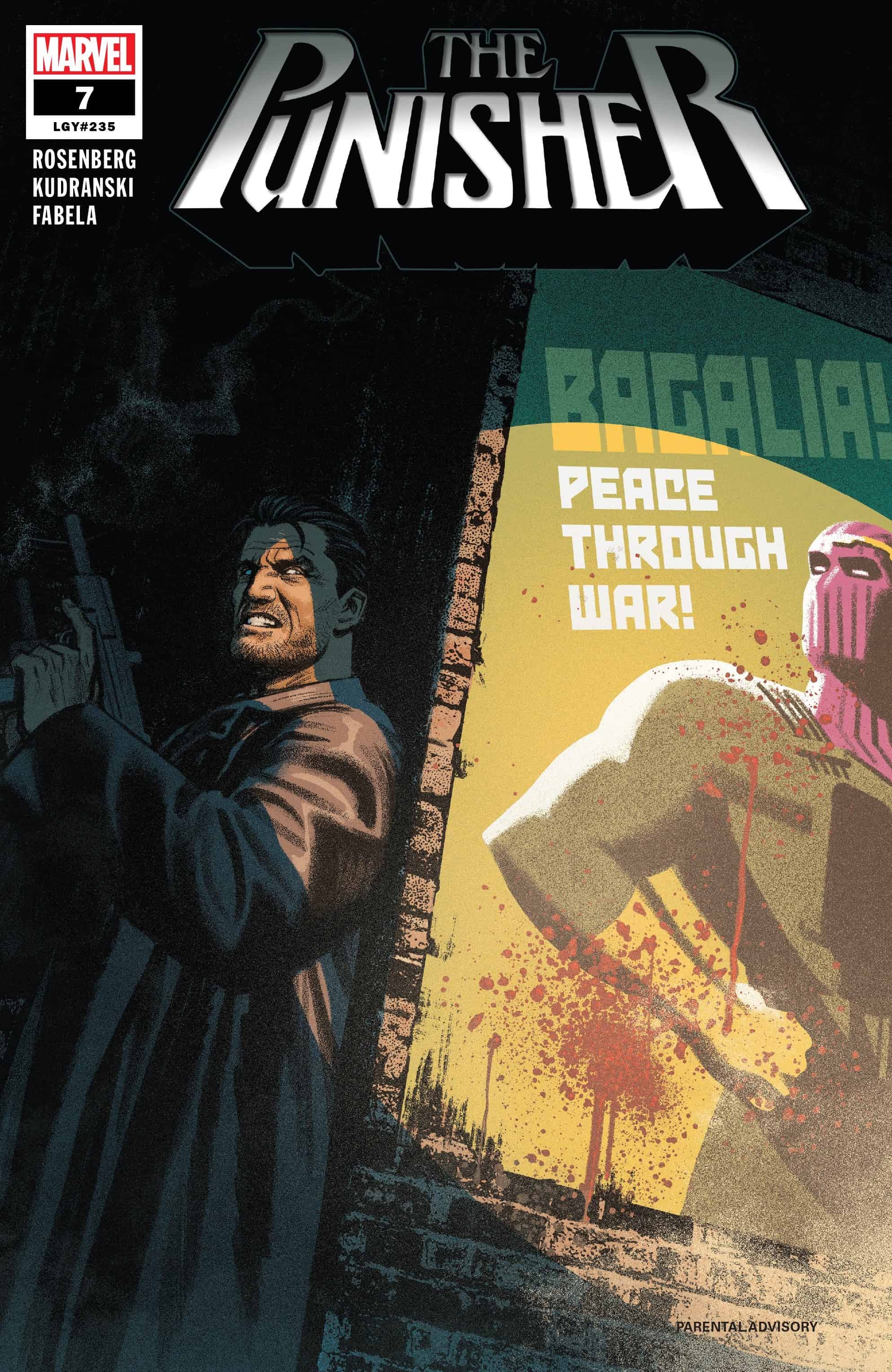 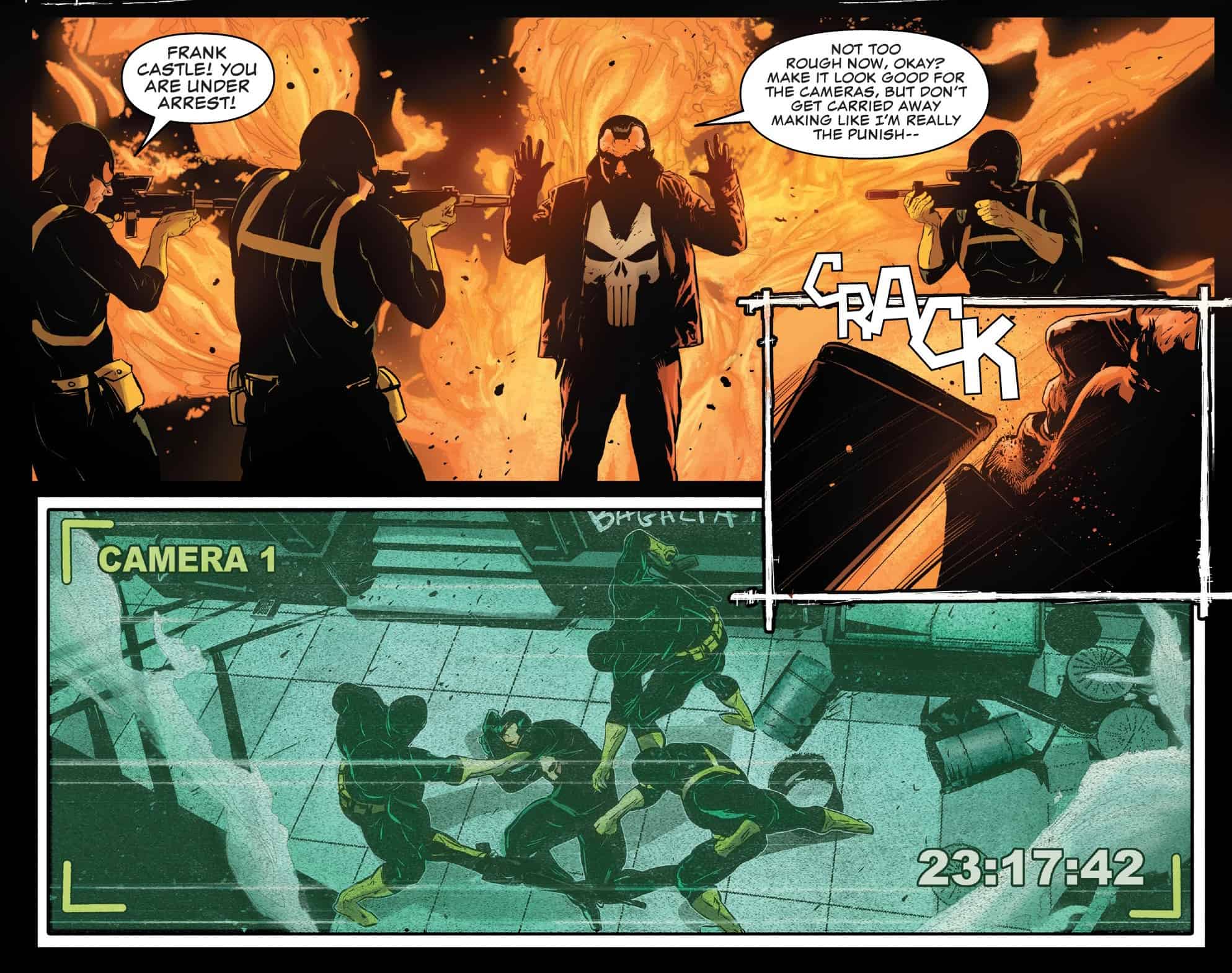 Jigsaw is roaming the streets, killing political enemies of Baron Zemo while wearing his Chameleon-made Punisher disguise (and getting arrested by Hydra agents for some nefarious reason).  Meanwhile, Frank has a lengthy conversation with Sister Mercy, who tries to get him back to thinking rationally again, showing him that his actions have ramifications in the prison. Zemo won’t let the guards kill Frank, so the guards take their rage out on the other inmates. Taskmaster is apparently working for Zemo, and moves Frank back to genpop so that the guards can’t kill him away from prying eyes. 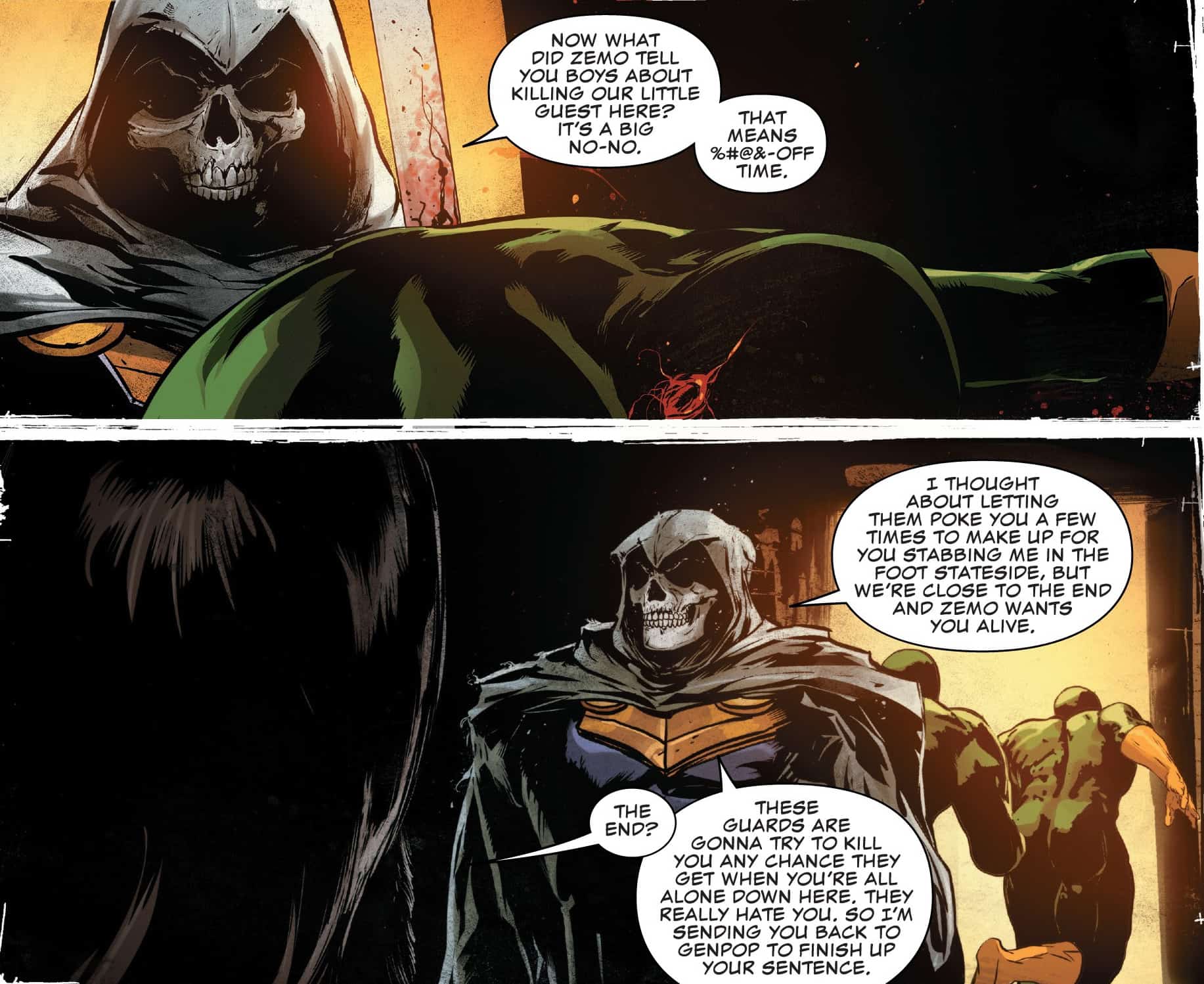 While talking with Sister Mercy, a guard strikes her and gives Frank a choice, either watch the guards stomp the nun to death or take the beating himself. Frank awakes to find Mercy at his bedside, where he’s recovering from severe head trauma. Mercy finally gets through to Frank’s more rational self and tells him that she wants him to help her take control of the prison. 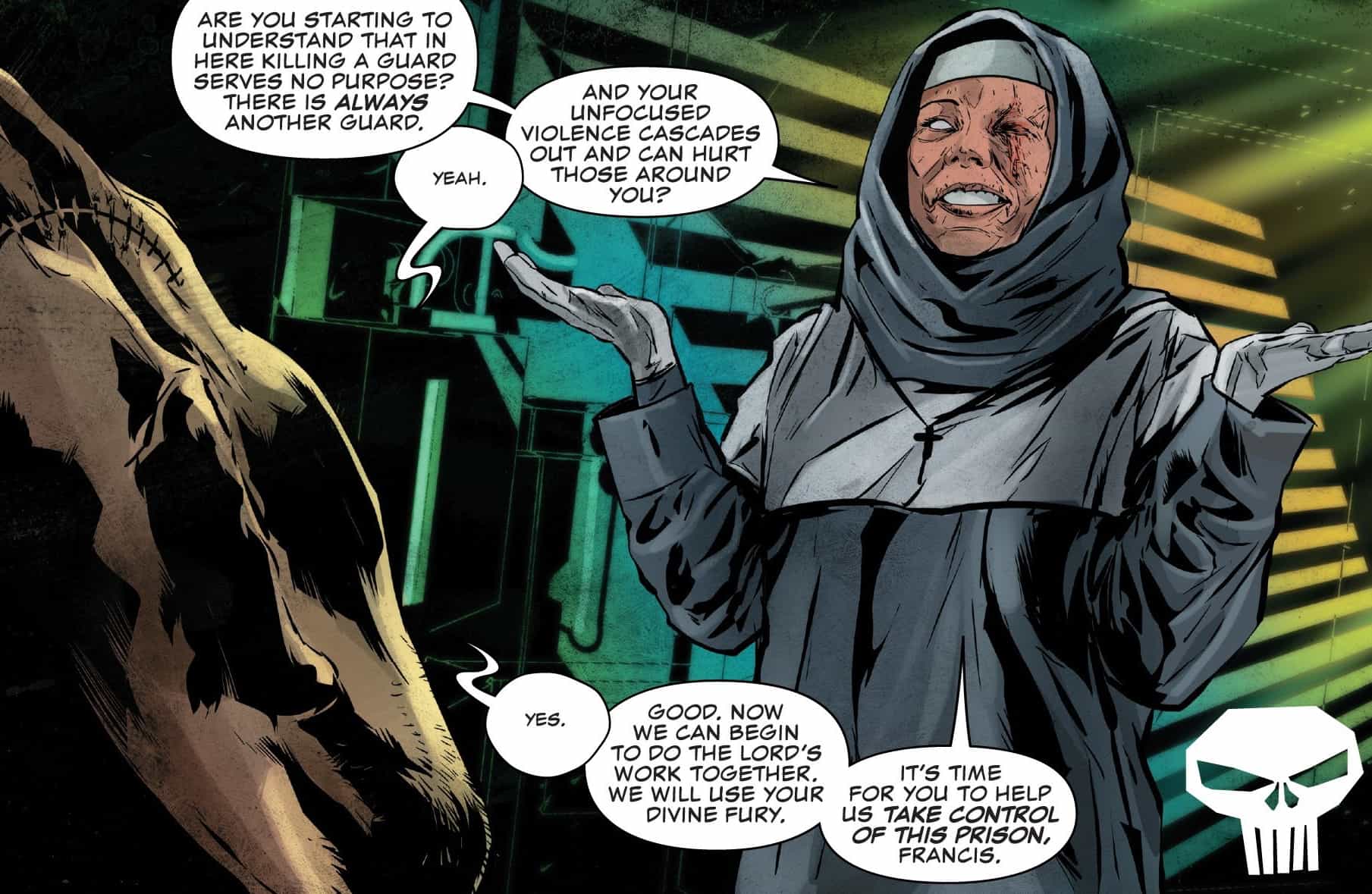 Art: Relative to previous issues, we see much more of Frank in full-view, but it’s the close-up and profile shots that pack the most emotional punch. There’s quite a bit of action here, and Kudranski continues to deliver. 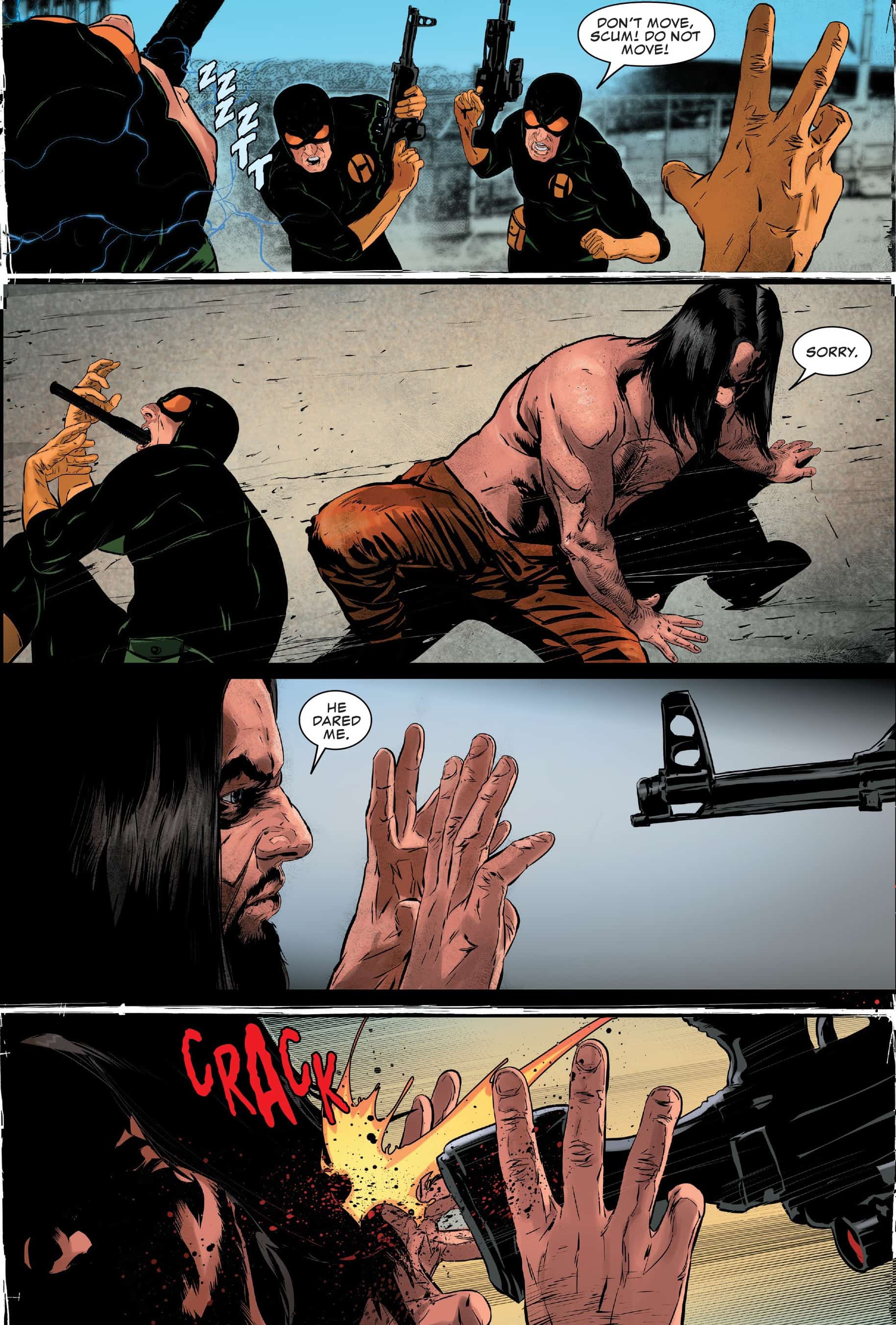 Writing: Though action-packed, this feels almost like the beginning of some downtime for Frank to settle and clear his head, which I’m grateful for. For now, Sister Mercy is a great foil in that respect, and I presume she’ll remain so in the next issue. It’s becoming increasingly difficult to wait and see where this story is going, but it’s always way worth the wait! 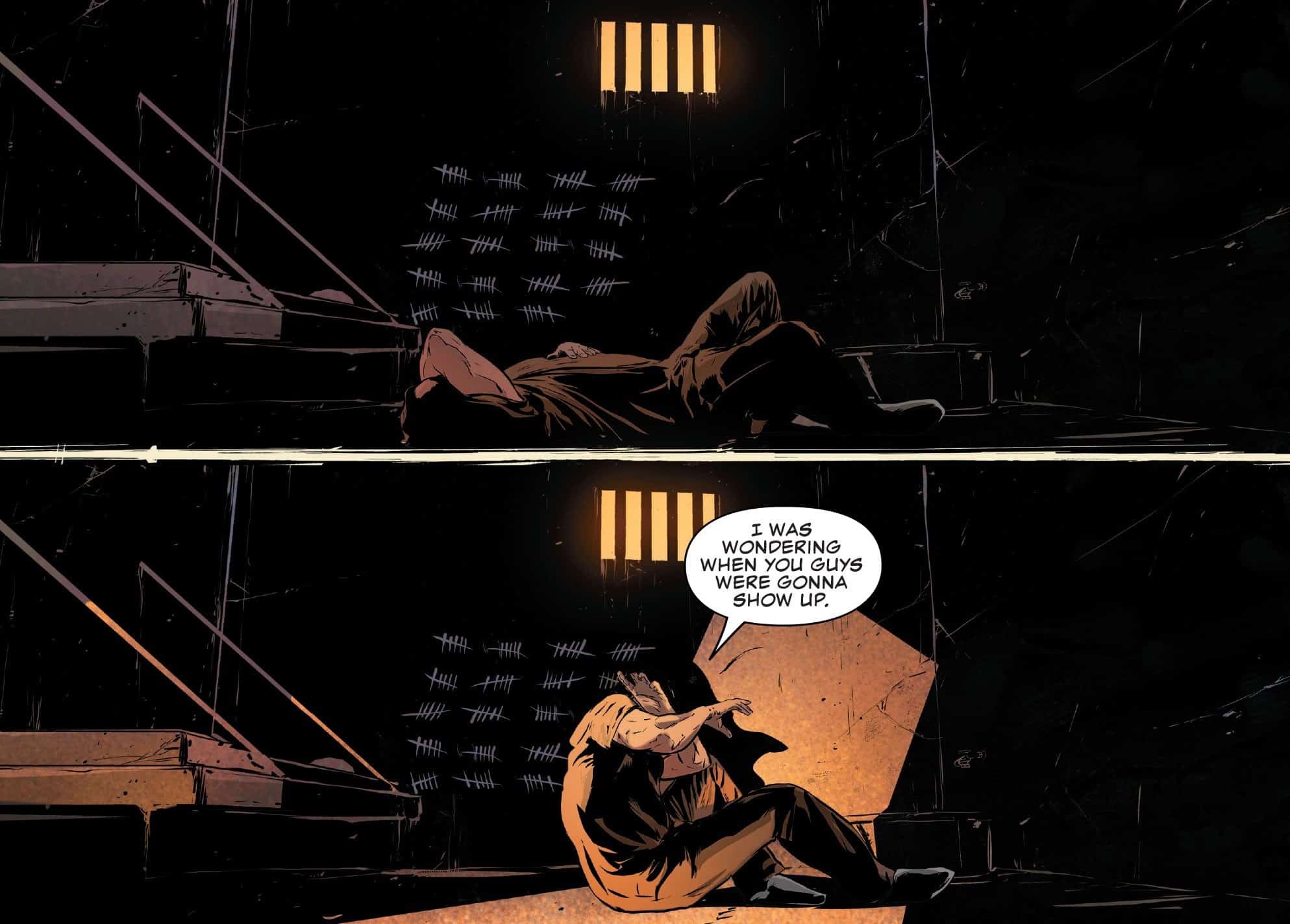 This Punisher run continues to be violent, brutal and entertaining; everything a growing boy/girl/person needs!

Punisher #7: A Time to Not Kill