Punisher #8: Just Living is Not Enough… 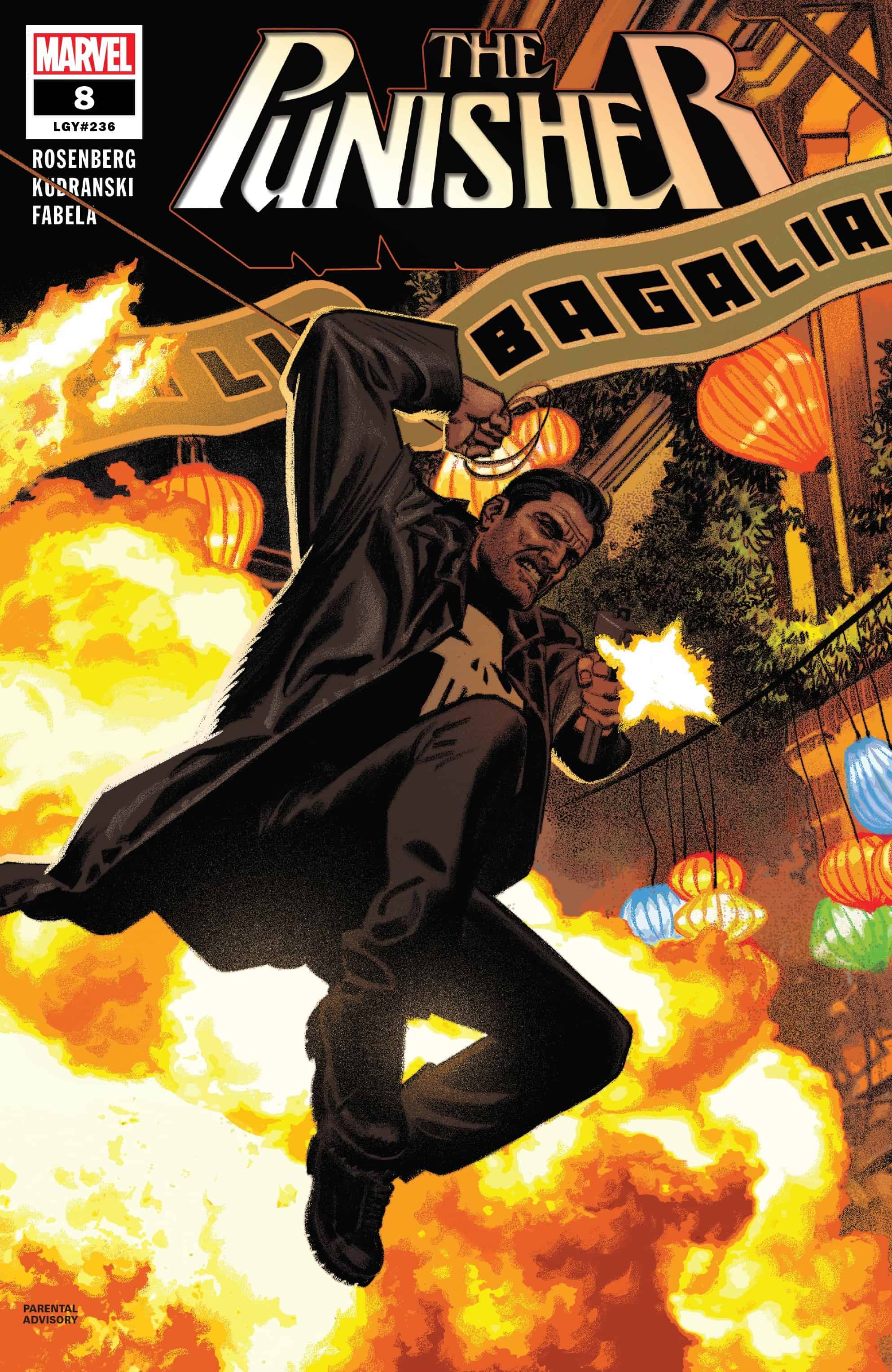 A still-disguised Jigsaw stands trial in Bagalia and receives a death sentence for various crimes against the state. “Castle’s” lawyer says he’s willing to do whatever it takes to help him but Jigsaw stabs him in the throat with a pen, further portraying Frank as a psychotic madman.

Meanwhile, Frank acquiesces to Sister Marcy’s request and agrees to take over the prison. His rag-tag army puts into action a complicated, multi-phase plan to bring the joint down, and they do it. That’s it really. It was entertaining to watch happen though.

Art: I’d like to take the time to once again chuckle at how not only does Frank on the cover not look like Frank inside, but he’s out doing things inside Frank can’t be doing at all. It really does seem like there’s another Frank (not Jigsaw) out there, having his own adventures in Bagalia, completely autonomous of what inside Frank is up to. I’d kind of like to read that story too. For the rest, the quality seems to dip after the takeover planning meeting scene was done, but that’s understandable. It really was just one Ocean’s 11-esque expositional panel after another, showing how the takeover was enacted; taking us from A to B may have been monotonous work. I know I said I wouldn’t, but I am still really taking issue with how Frank’s face/head continues to be so off-model, I’m not even sure what the model is supposed to be anymore. 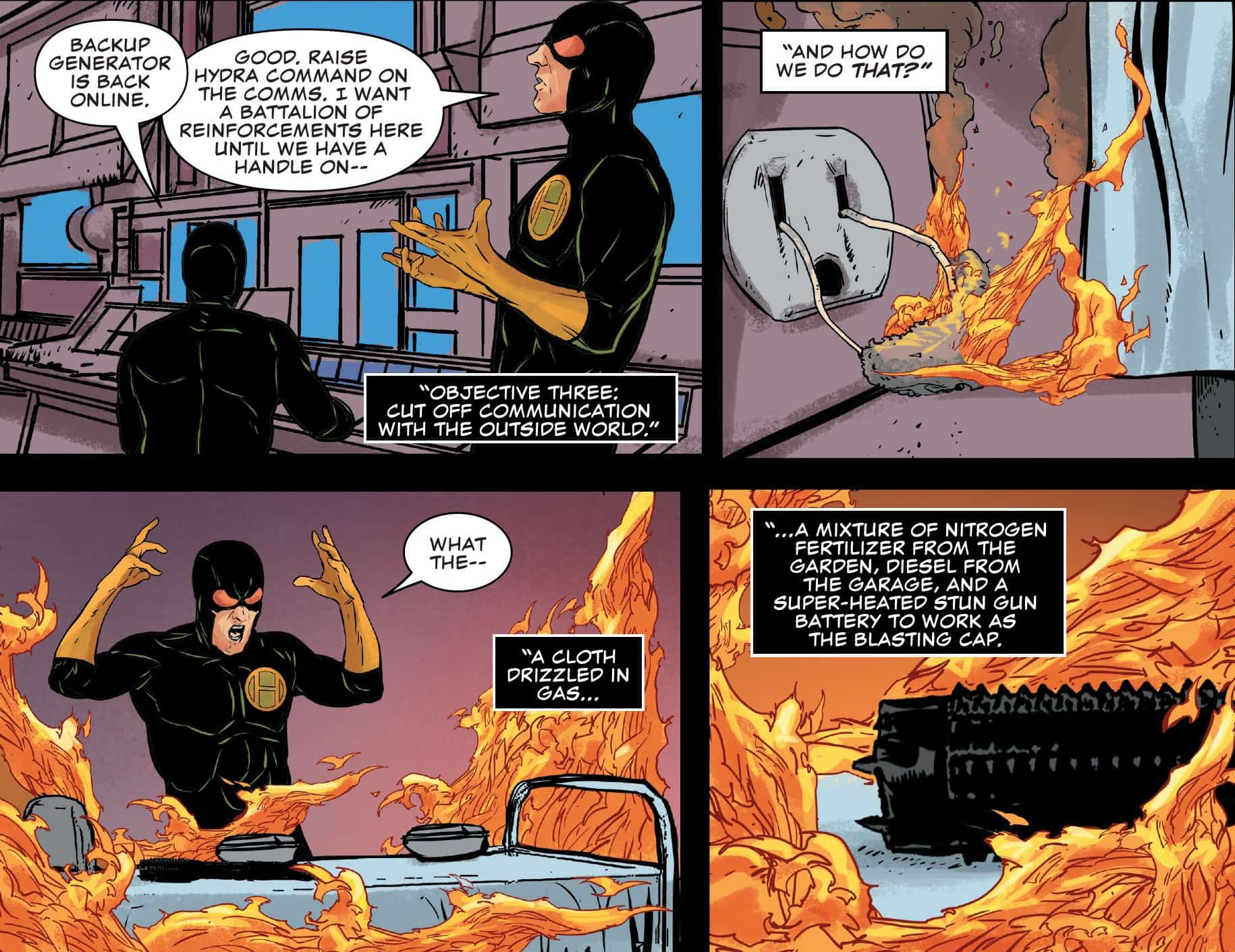 Writing: This issue was a chance to storyboard an action movie sequence for Frank, it must have been fun to write. Frank has always been insidiously clever, but now he’s interacting with other people and getting his mind right after weeks of nothing but isolation and agony. All of which is very bad news for Zemo!

Issue #8 was a bit more on the side of a popcorn issue, but it’s still a hell of a ride!

Punisher #8: Just Living is Not Enough…