Punisher #9: When in Doubt, Shoot at Hydra 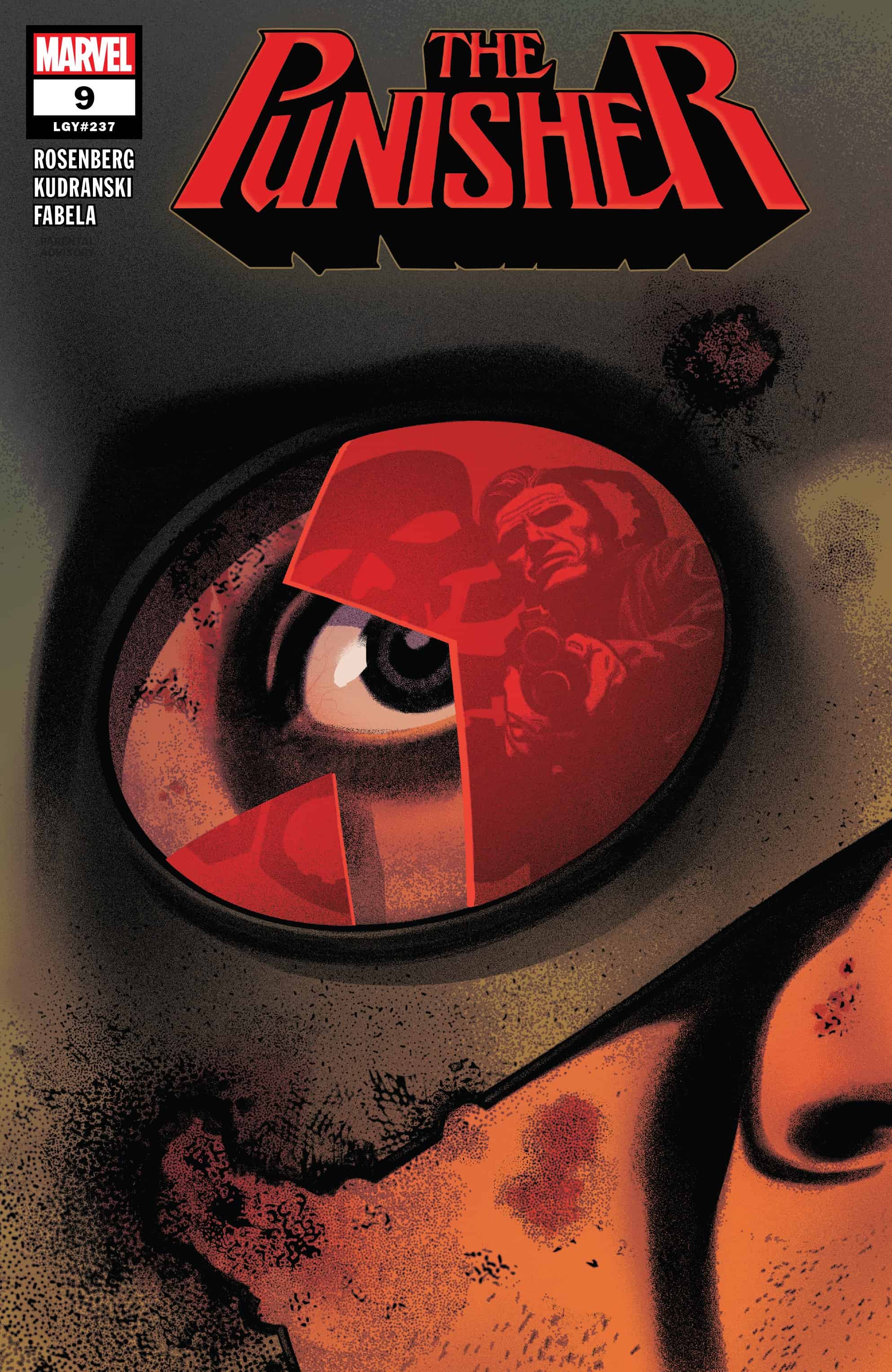 In the supervillain-run country of Bagalia, things are going about as well as expected for the man Frank Castle duped everyone into thinking he's the Punisher... 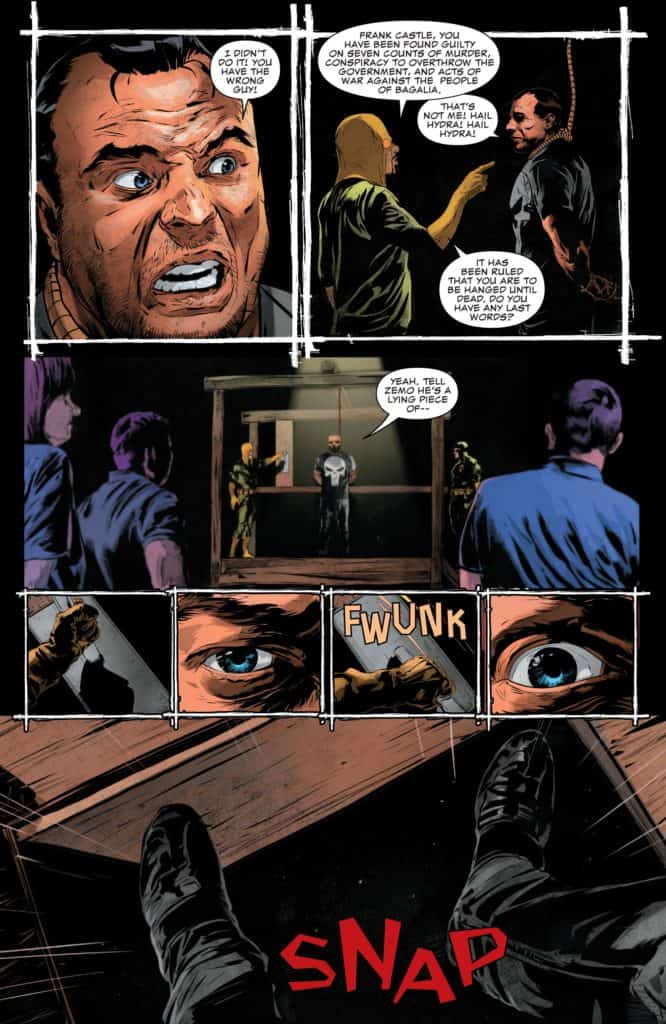 Punisher has escaped, and brought a few other prisoners along with him to the party. Hilarity ensues. 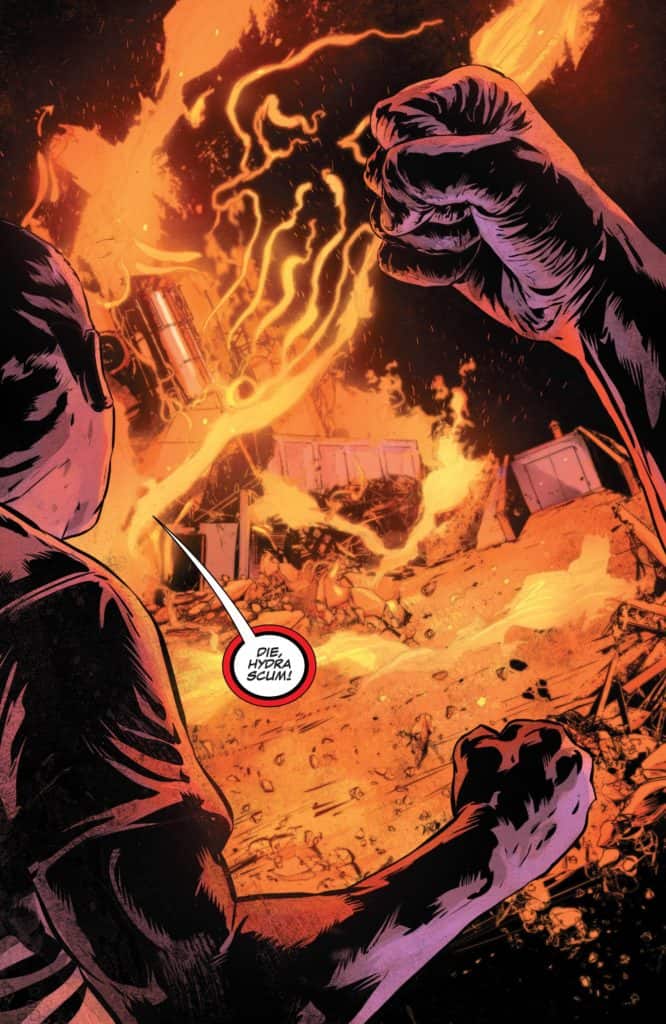 Never invite Punisher to your barbecue.

But before their escape can be completed, Frank, Sister Mercy, and company find themselves pinned down unexpectedly. 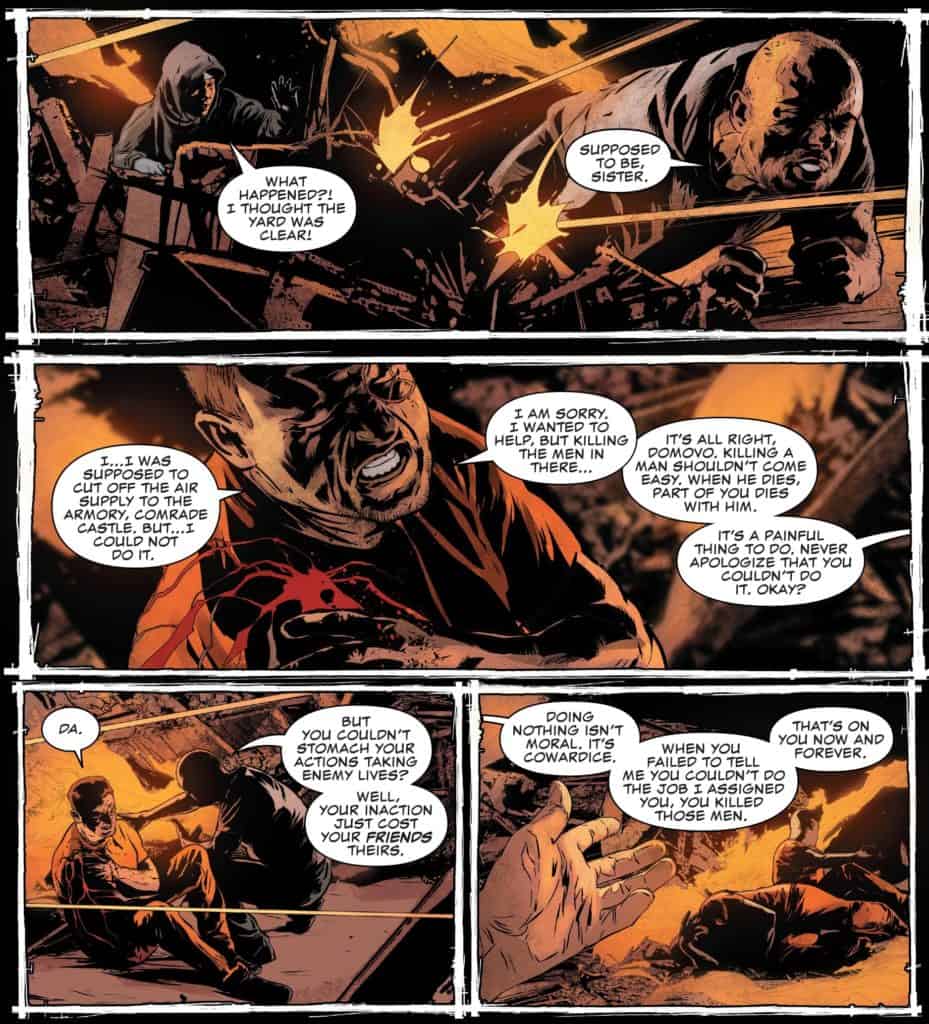 Unfortunately, though he faces one final obstacle before he can complete his great escape - Frank must get past one last throwdown with Taskmaster! 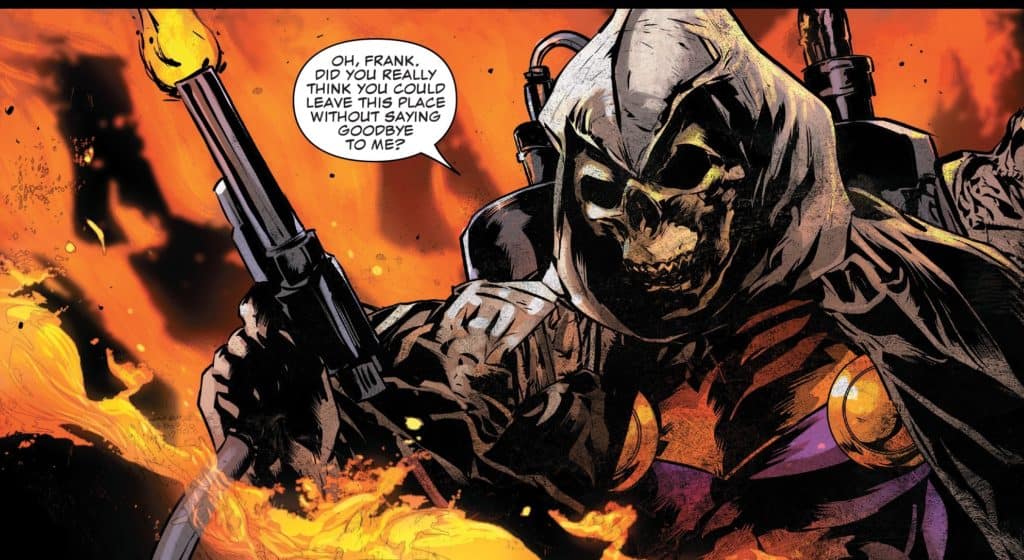 Let me say this from the top, as a hardcore, never-say-die Garth Ennis Punisher acolyte:

And, yes, even though it’s more firmly ensconced in the Marvel Universe proper than any of Ennis’ MAX run (IMO the definitive take on the character, to the degree that I’ve had a difficult time feeling other writers’ takes on Punisher since then are “right”), Rosenberg writes a lean, mean Frank Castle that gleefully hearkens to Ennis’ run while still being its own thing, thanks to magnificent sequences like this: 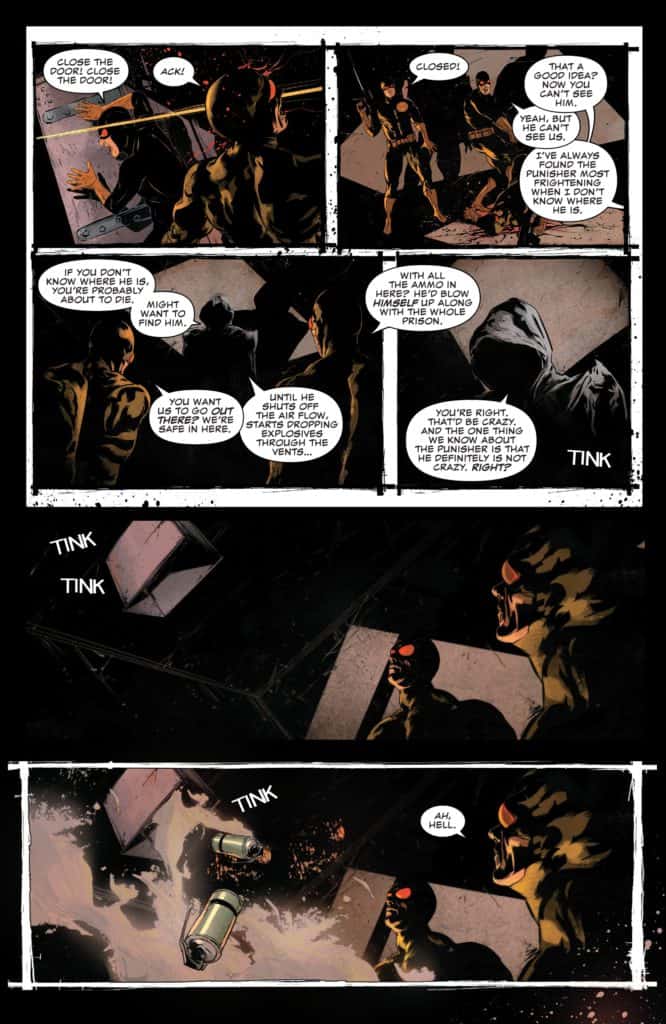 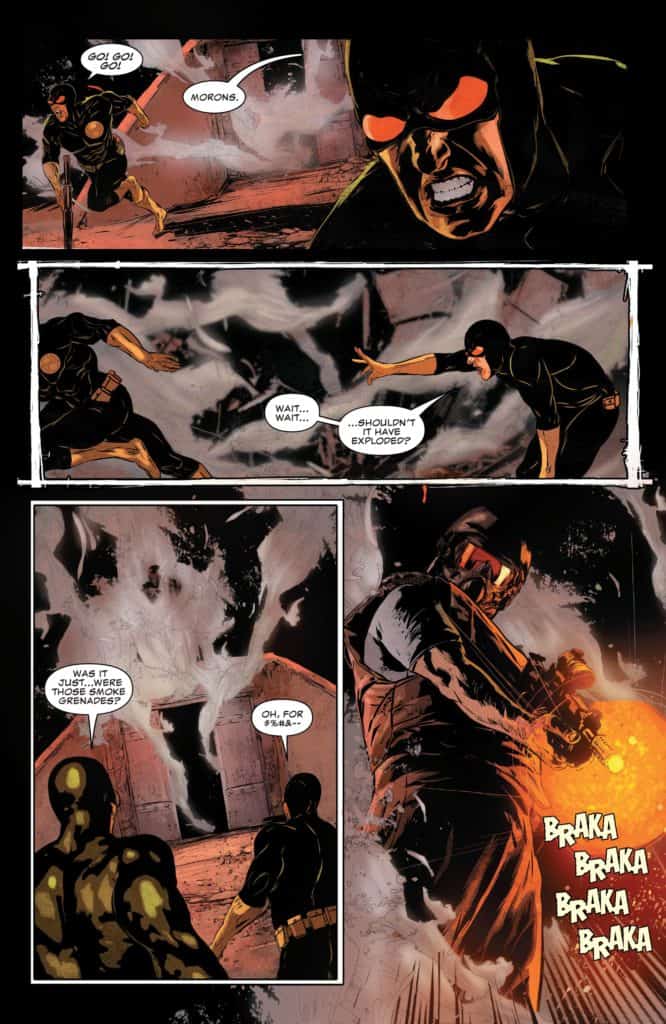 But it’s not all fun and games. Writers have always had a tricky time putting Punisher up against established Marvel villains; after all, it’s not like he can just pop a cap in the Red Skull and call it a day. So writers have therefore historically had to rely on doing storytelling backflips to find reasons why Frank had no guns or why the villainous mastermind barely escaped. Not, though, in the case with this issue’s brutal skirmish with Taskmaster. Rosenberg sets the stage masterfully, and along with penciller Szymon Kudranski choreographs an epic battle for the ages. It’s grim, painful to look at, and utterly awesome. 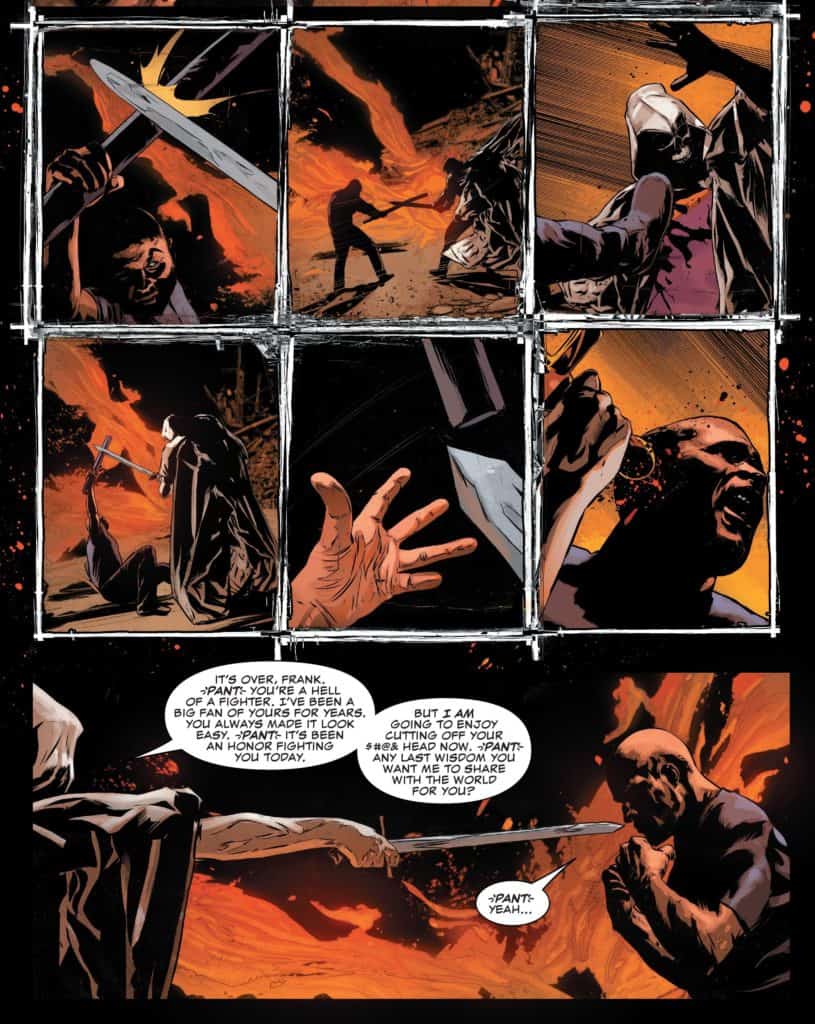 Szymon Kudranski may be the best Punisher artist to come down the pike in a long, long time. His heavy inks perfectly suit the mood a Frank Castle story should have, and his pencils, ably embellished by Antonio Fabela’s leap-off-the-page colors, are a not-too-distant cousin to all-time-great Punisher (and a lot of other great stuff too) cover artist Tim Bradstreet. This is some of the highest praise I could offer an artist. It’s gorgeous, and worthy of the Punisher on every level.

If you haven't read a Punisher comic in awhile, drop everything you're doing and check out Matthew Rosenberg's run. Even coming in cold in this fourth chapter in a story, I was able to dive right in and felt certain I knew what was going on. Accessible on every level, this issue is a treat from start to finish.

Punisher #9: When in Doubt, Shoot at Hydra