The Punisher vs. JJJ vs. Space (and also vs. the Brood Queen) 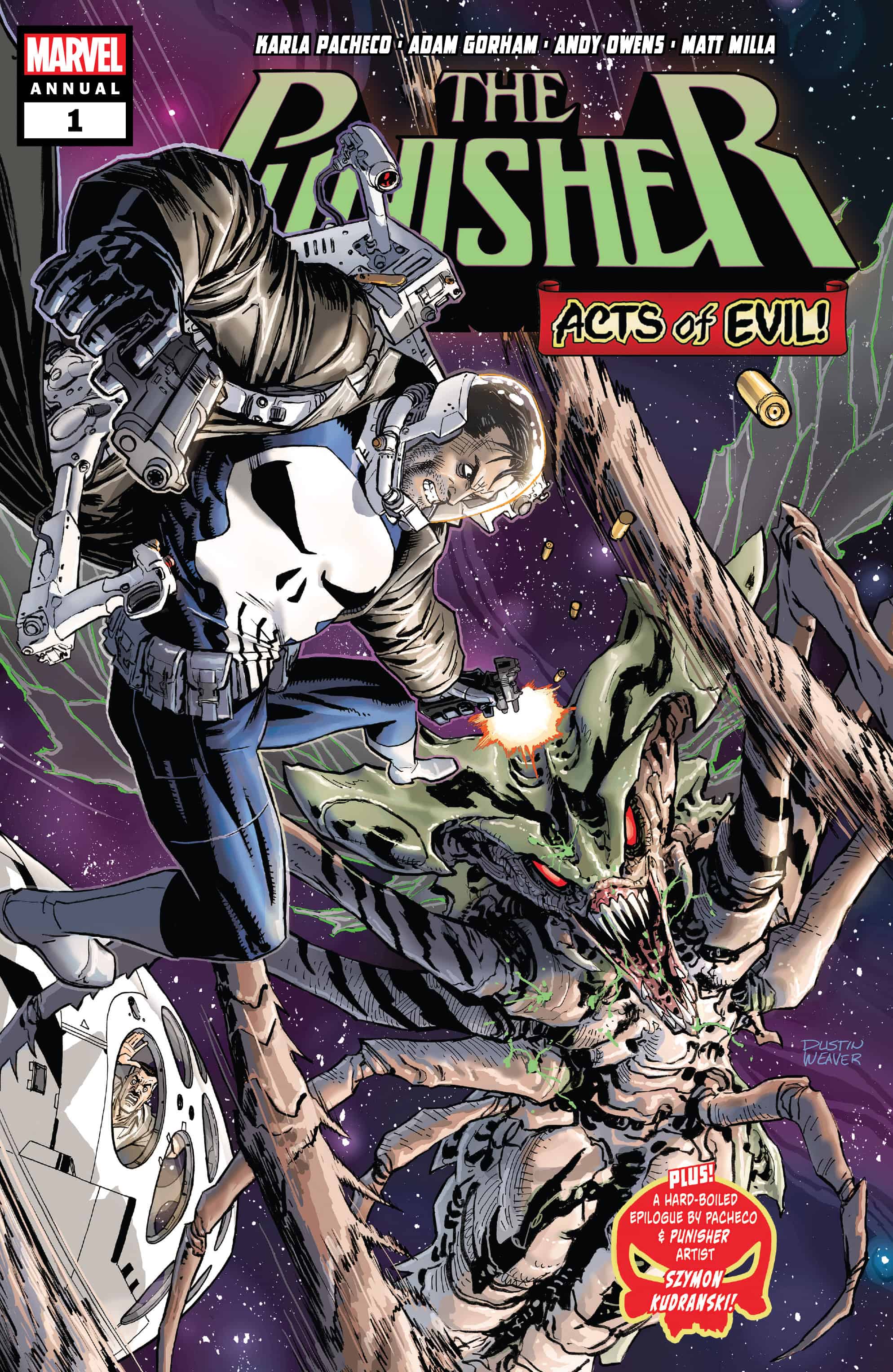 Punisher sneaks aboard a private spacecraft about to launch, and starts killing the astronauts. But have no fear! J. Jonah Jameson is here! 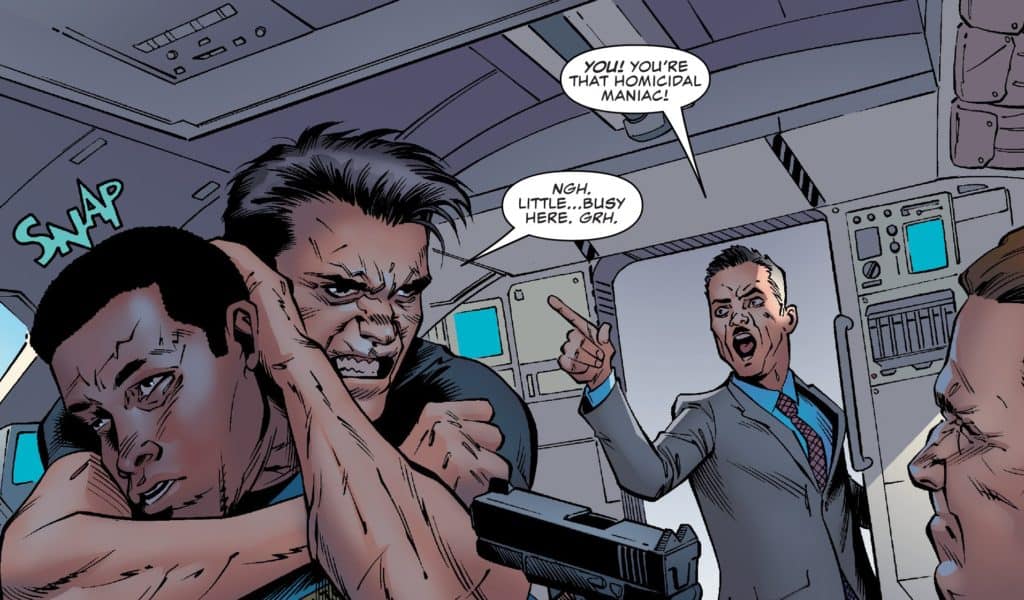 The world-(in)famous former publisher of the Daily Bugle has a front-row seat to the launch, thanks to his son's tenuous contributions to the project. But that isn't enough for Jonah. Jonah has to see the action up close and personal... which is how he winds up on the shuttle.... 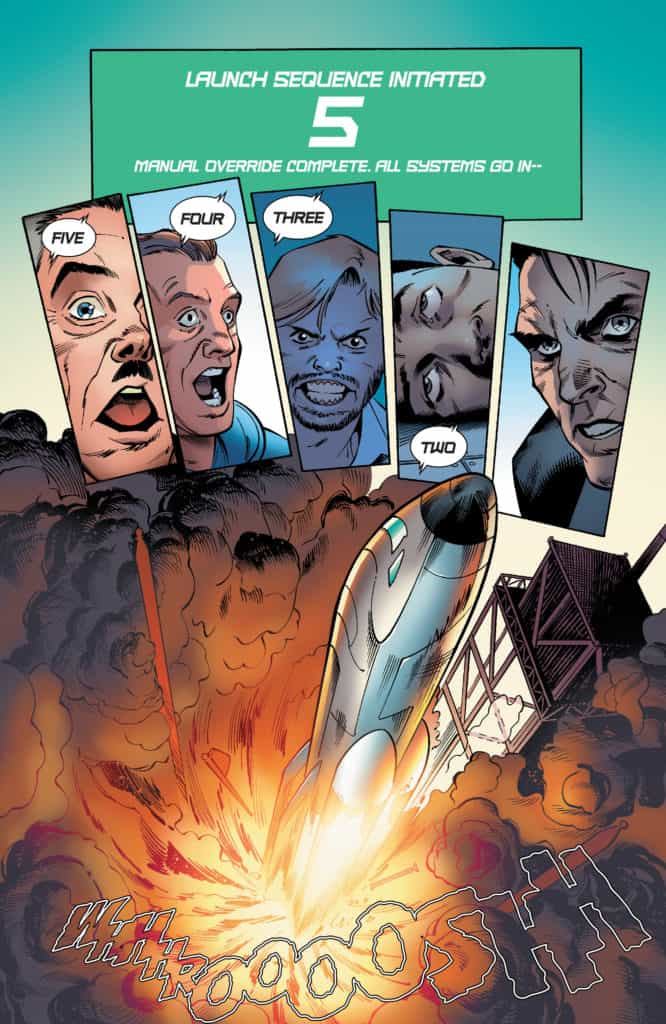 ...and accidentally launching it.

Stuck in space with a rogue astronaut, Frank and Jonah try to make the best of it - but then the Brood show up to spoil their good time! 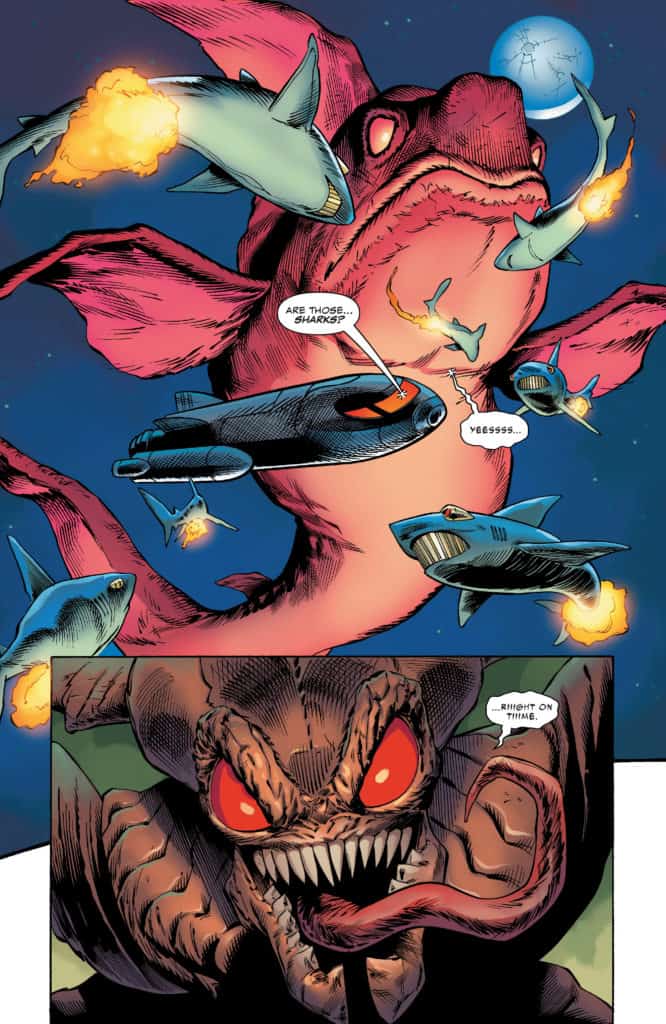 Punisher Annual #1 is a big, goofy, dumb-but-fun comic that certain fans are going to absolutely love, and most everyone else is going to loathe. But that’s okay. The beauty of comics is that there’s something for everyone. Where else are you going to find the Punisher and J. Jonah Jameson teaming up in space to fight the Brood?

If it sounds like a joke… relax, it is. Nobody at Marvel intends readers to take this story seriously. It’s a silly romp, and that’s just fine.

The jokes don’t always land, but where else are you going to find an odd couple buddy-cop pairing like Frank and JJJ? That in and of itself is shouldn’t work – and in truth, it really only works because writer Karla Pacheco leans very heavily into a more comedic take on JJJ’s more eccentric personality quirks.

The plot, such as it is, is really just an excuse to have Frank fight villains he normally wouldn’t as part of Marvel’s summer-long “Acts of Evil” 30th-anniversary spiritual heir to the O.G. “Acts of Vengeance.” That story – a loose collection of tales spanned all of that year’s Marvel annuals, with the simple premise of the heroes battling villains they normally wouldn’t – at least had a sort of overarching plot involving Loki (back when he was a legitimate villain and not a smirky ne’er-do-well) and some power-grabby shenanigans. To the best of my knowledge, “Acts of Evil” has no such plot device, so really, it’s just a banner initiative to write some out-of-the-ordinary superhero squabbles. The more outlandish the better – and I’d say Punisher fighting giant space insects certainly fits that bill.

And somehow, J. Jonah Jameson manages to figure into the insanity, and somehow it still works. It shouldn’t. Really. I know. But just turn off your brain and run with it, and enjoy the space sharks while you can.

I wish, though I could say the art was good enough to match the story’s zaniness, but alas, to do so would be a lie most foul. Adam Gorham and Andy Owens just aren’t quite ready for prime time, and boy does it show throughout. But then, this is a 2019 Marvel annual. This is an excuse, as my colleague put it, to “Hire some day laborers from Home Depot to make this” for cut-rate prices! Harsh, but… not entirely inaccurate as far as Marvel’s annuals of late have gone. I have no doubt that either artist was well-intended, but… the results speak for themselves: 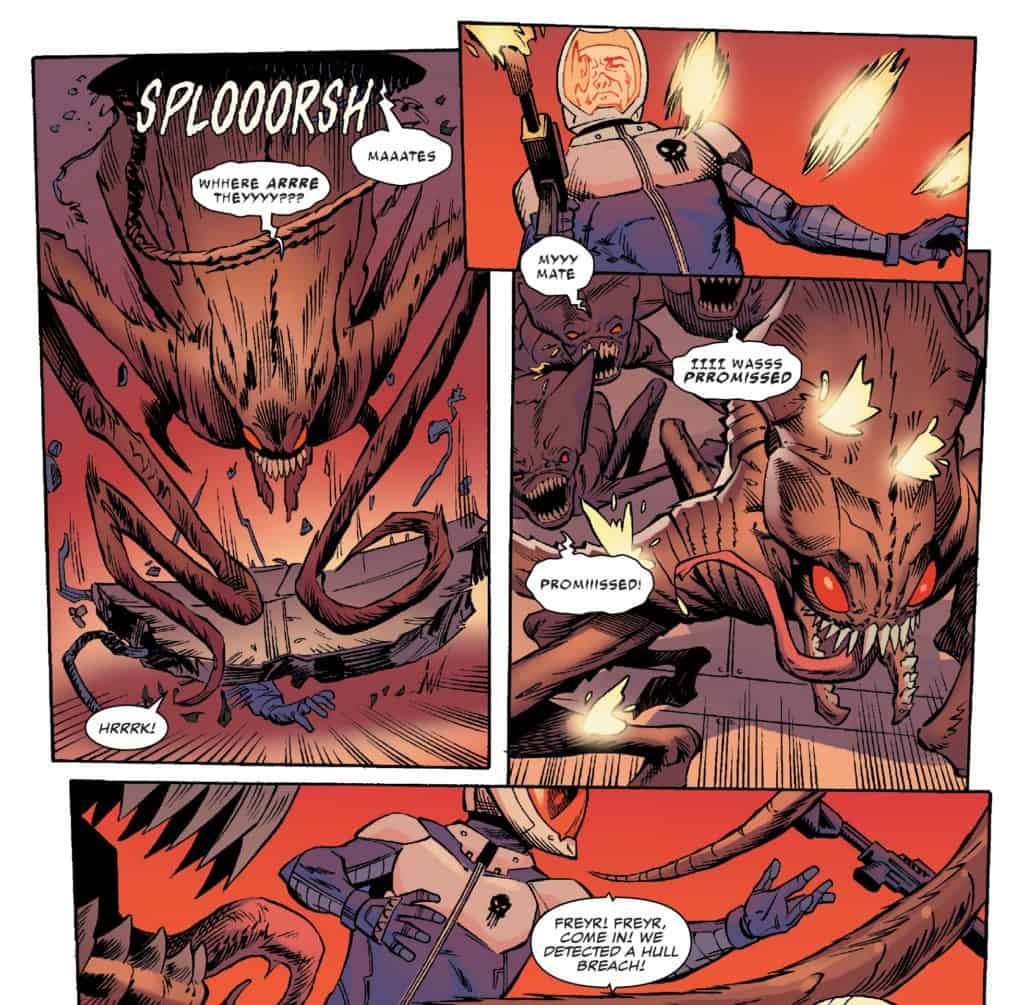 It… doesn’t get any better than this.

Unfortunate, but to not say that I expect better from something published by the Big 2 would be disingenuous at best. But, hey… how ’bout that awesome Dustin Weaver cover?!

Dumb by design, Punisher Annual #1 is a romp that won't be for everyone. But it is what it is... enjoyment will completely depend on a reader's acceptance of that. Sometimes, a comic doesn't have to be an Alan Moore-class visual symphony. It can just be a big silly romp featuring a man shooting space insects.