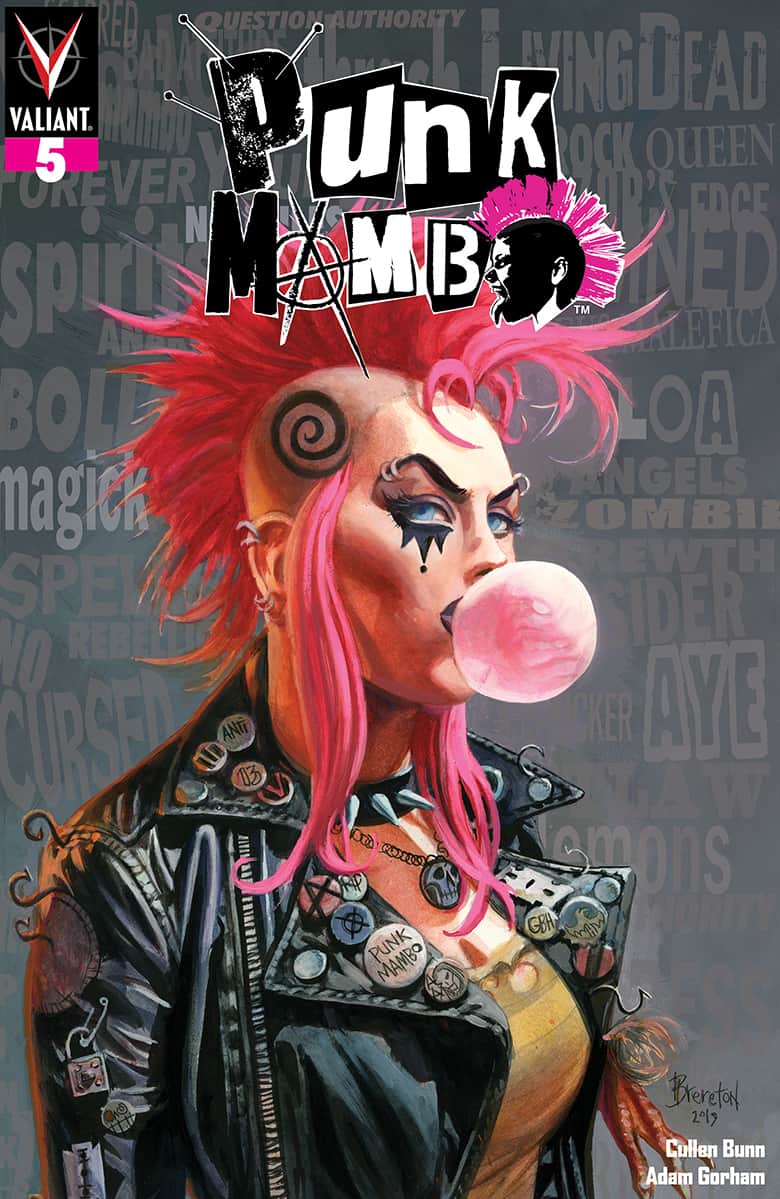 The final battle is here! Punk Mambo vs Azaire Aguillard and in the balance lies the fate of the mortal world in the claws of occult terror. Azaire has turned his "curse" of absorbing and neutralizing all magical energy in his vicinity into becoming an arcane super charged human battery. Draining the power of the Loa pantheon into himself, Mambo bears down for a fight she has no real hope of winning...or does she?

Punk Mambo flips the script by stealing her enemy’s own tactics. With Bunn forcing her to face her own mortality we see some solid characterization as well as some serious butt kicking. By Bunn choosing to address the elephant in the room, that Mambo’s bravado and schtick comes from her borderline disgust with being “only human”, and making that her weapon of choice to turn the tables…well it just goes to show he indeed knew what he was doing from the get go. 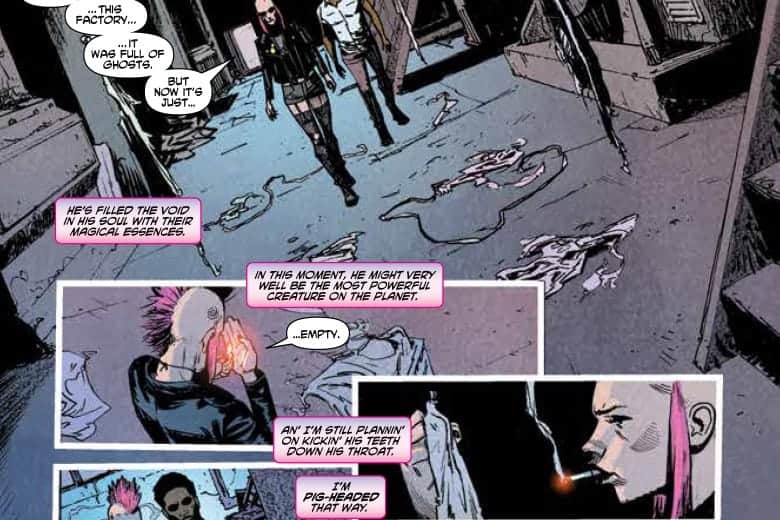 Bunn’s biggest challenge here is one that plagues all magic based characters, when spells exist that can allow a character to do anything how do you make it interesting? Instead of pulling some random mystic haymaker outta the blue, Bunn allows Punk Mambo to shine on her own right by using one of her greatest strengths: her raw anger and making it a sword sharp enough to cut Azaire down.

Words can barely convey the excitement that came with how well crafted this series has been but more than that the amazing cliffhanger the mini ends on. The words “Punk Mambo will return” garner every bit of excitement that phrase was crafted for. All in all you’d have to be smoking copious amounts of PCP or something to read through this series and not immediately be hitting Google after to see if Bunn and his partner in excellence here Adam Gorham haven’t already leaked some hints at what they have planned next for Punk Mambo.

Also can we just take a minute to really appreciate just how awesome Adam Gorham is on this book? I mean he already had my seal of approval after knocking out a great book with my fav X-Men character Magik with Dead Souls but this Punk Mambo stuff is him taking it to the next level.

And I said it before and I’ll probably say it many, many more times to come but Dan Brereton though! That man probably has at least 5 warrants out on him now they way he’s straight up murdering these Mambo covers! Shout out to Cris Delara as well for bringing a truly unique flair to the game and just adding more reasons to collect an already outstanding book by adding another series of outstanding cover art.

While some may argue the fight with Azaire coulda been a bit longer, I think it played out beautifully. Everything about the writing/pacing of this story and the almost crude yet beautiful art is just a lethal one-two combo. Punk Mambo never had a solo book before this and now everyone is gonna be left wondering "what took so long to fix that?" Simple answer, Bunn and Gorham had to bring together that A-game fire to make sure her first outing was every bit as solid as it needed to be.