Radio Apocalypse #1: Sometimes It’s Like Someone Took A Knife, Baby 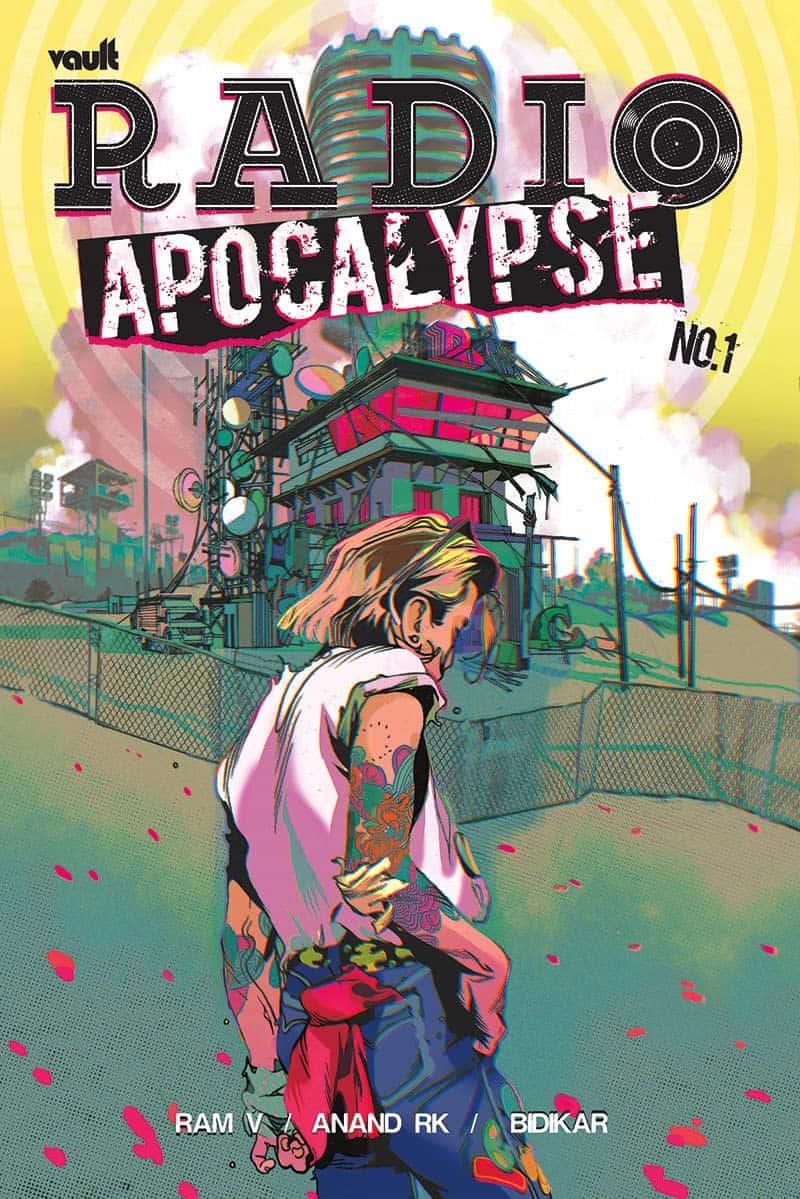 Long after the rock out of space struck the world and turned it all to dust, in Bakerstown stands the last Radio Station on the planet. Radio Apocalypse broadcasting into the unknown, a beacon in the dark for those who wander the lost places. The soundtrack to the end of the world.

There’s something in Anand Rk’s art that trembles with humanity and blears all around the story, making the apocalyptic scenarios, as well as the characters barely surviving within them, feel deeply in movement, profound in their desperation, urgent as only the world’s end can feel. And there’s something in Ram V’s radio-background-like script, and the way Aditya Bidikar delivers its capturing, bitterly hopeful presence, like a noise you can’t help but feel, that makes Radio Apocalypse a comic impossible to ignore, easy to get entrapped in and feel too much, too close. The creative team of Blue In Green (another enchanting piece that entangles comic and music fascinatingly) is joined here by the expressive, overflowing colors of Anisha, which, like Rk’s art, don’t rely on traditional realism but on a more profound way of engaging with the reader: like a song, the colors and the lines suggest vibrant emotions, the drama speeds up and burns, the desperation laments. 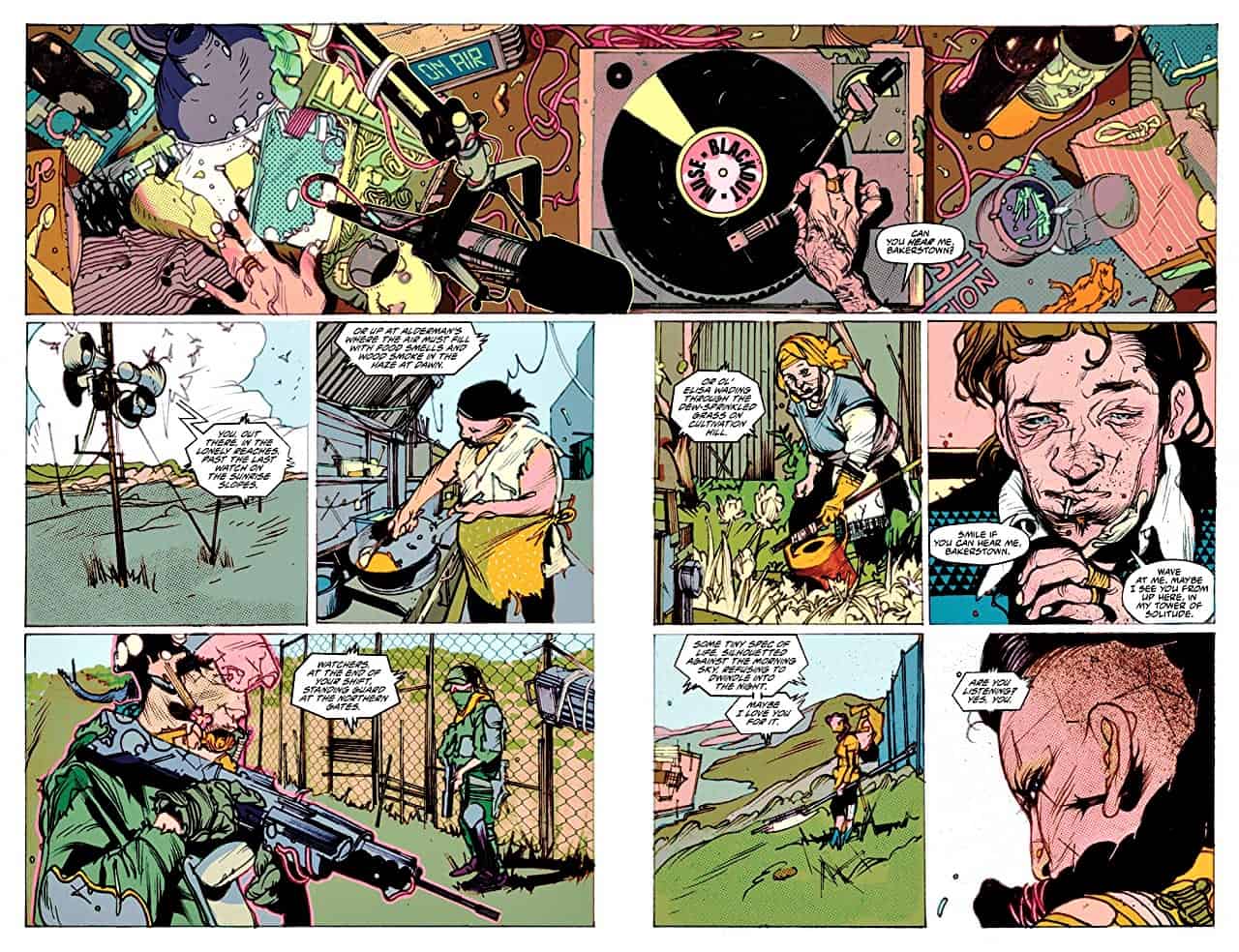 There’s not a comic like Radio Apocalypse, and that mastery over uniqueness that the creative team showcases here makes this first issue sometimes too painful to read, and, in some ways, dangerous in how much of the narrative will follow on its uniqueness. The romantic relationship between two of the main characters (two girls) is so perfectly executed that, within a few pages of knowing them, you can feel the depth of their bond. And, then, Radio Apocalypse sticks a knife in your back with – spoilers – the apparent death of one of them. If this was another creative team or a comic that felt less carefully crafted, I would be extremely skeptical of the capacity of these pages to not fall into a tired unoriginal narrative trope – show a gay relationship between two women, then kill one of them, like we watched happen in the The Walking Dead TV show. But the way this book is crafted, I have my hopes in this not being an actual death, even though I can’t help but be somewhat critical of its use of pain (broadly, as this is definitely not the only pain showcased). It is more than effective, becoming truly painful to read those specific pages, specially with “I’m On Fire” as the soundtrack, but it makes me wonder: what story do you want to tell, and why did you need queer pain on it?

One thing’s for sure, I’m gonna be back in the next issue to figure out what a comic that so perfectly grabs you by the throat has to tell.

An innovative piece of art that, through enchanting visuals and a radio station's buzz at its center, becomes a story that you can feel. It definitely takes some narrative risks, and I'm intrigued to see where it would follow said risks.

Radio Apocalypse #1: Sometimes It’s Like Someone Took A Knife, Baby