Rain #1 Beware of the Rain 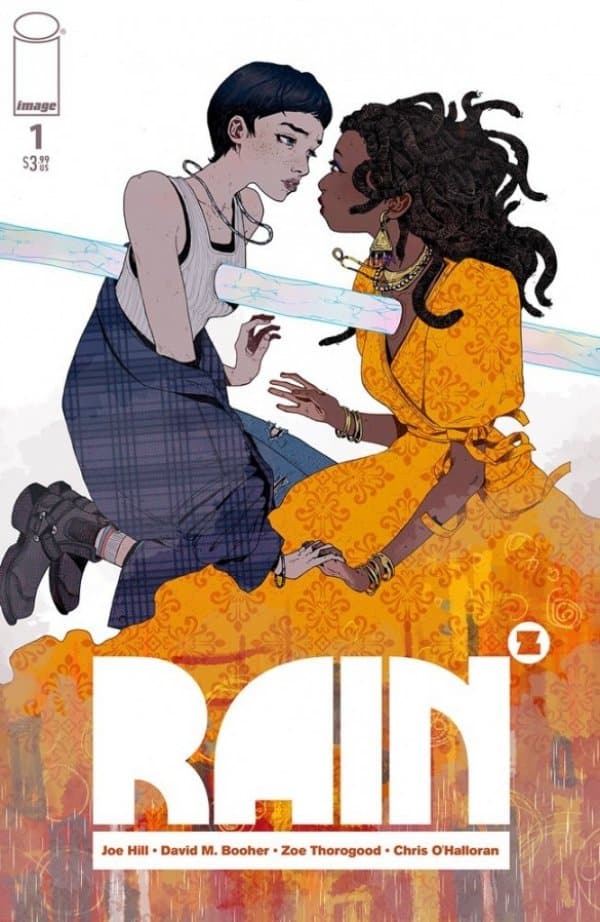 On a seemingly normal August day in Boulder, Colorado, the skies are clear, and Honeysuckle Speck couldn’t be happier. She’s finally moving in with her girlfriend Yolanda. But their world is literally torn apart when dark clouds roll in and release a downpour of nails—splinters of bright crystal that shred the skin of anyone not safely under cover. RAIN makes vivid this escalating apocalyptic event, as the deluge of nails spreads across the country and around the world, threatening everything young lovers Honeysuckle and Yolanda hold dear. 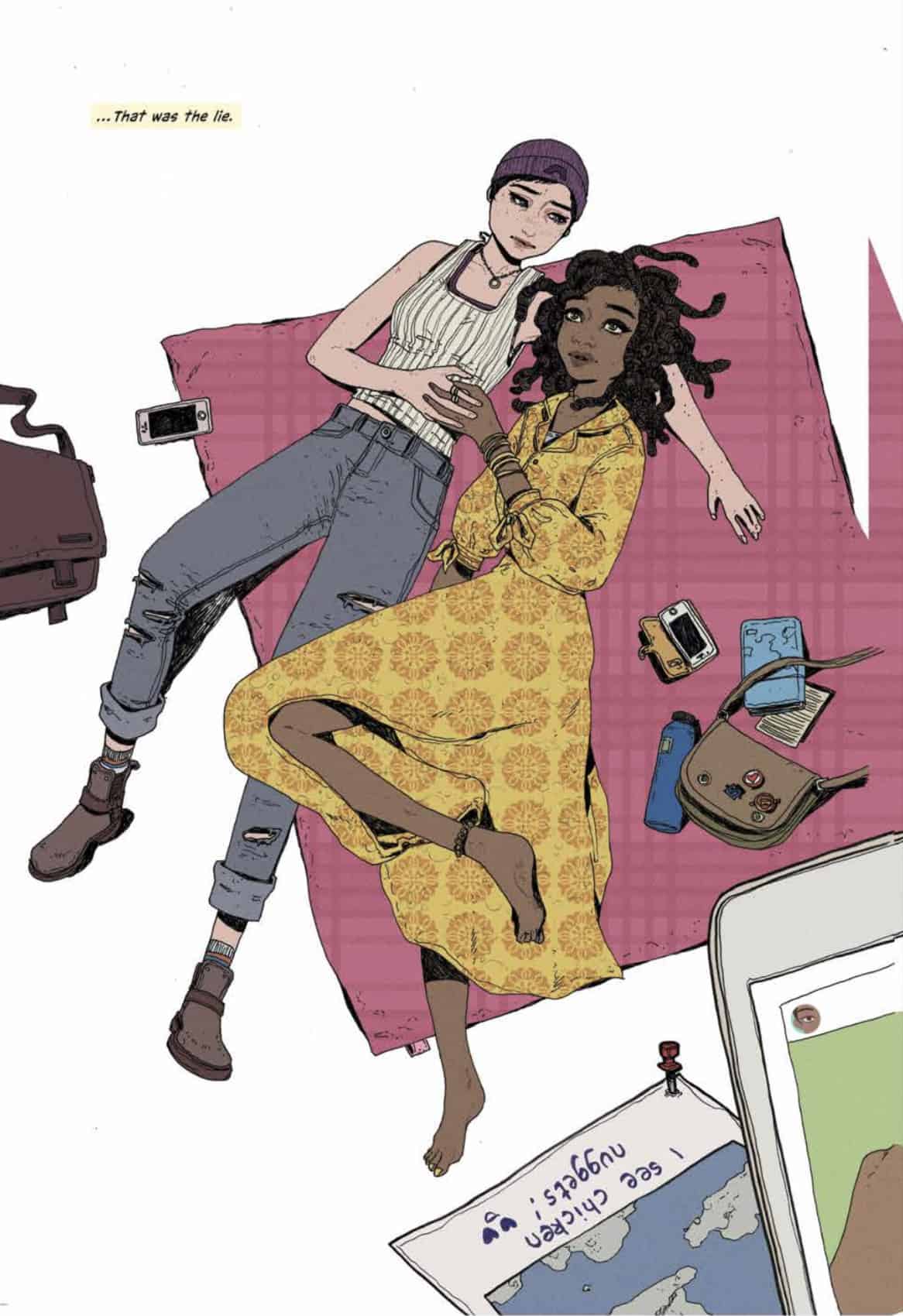 Rain #1. What a breathtaking debut!

An adaptation by David Booher, of Joe Hill’s short story by the same name, Rain #1 instantly pulls you in, and doesn’t let go until it has shattered your heart into a million pieces. With its stunning artwork from Zoe Thorogood and beautiful colouring by Chris Halloran, the comic is also a treat for the eyes!

While the story can be classified in the ‘horror’ genre, Rain #1 at its core is the doomed love story of Honeysuckle and Yolanda, two women who get caught in the ‘rain’, with some devastating consequences.

But these two are not the only characters introduced to us, we meet and learn about the various people who lived and existed around the two women. We get to know them, form connects with them, laugh at and with them, and then, we watch, eyes transfixed on the pages, as they get caught outside in the ‘rain’. Booher here deserves a great deal of credit, as it is not easy to make people feel so much, for characters they barely know, in so little time and space.

This of course, would have been difficult to achieve without the artwork by Thorogood and the colouring by Halloran. Since the days of The Impending Blindness of Billie Scott, I have been a fan of Thorogood’s work, and I could not imagine a better illustrator for this story. The black ink illustrations, paired with Halloran’s colouring, his use of patterns to fill up big colour blocks, make for some vivid and powerful images. The juxtaposition of the couple, lying outside, one at the start of the comic, and one at the end stood out to me the most. The shift in the pallete, from from warm to cool tones, conveyed more emotion than any words ever could.

So far, I am in love with this story. The way it communicates love, loss, horror and hopelessness so beautifully makes me very excited for what is in store for the remaining four issues. This is a must read!

Rain #1 Beware of the Rain