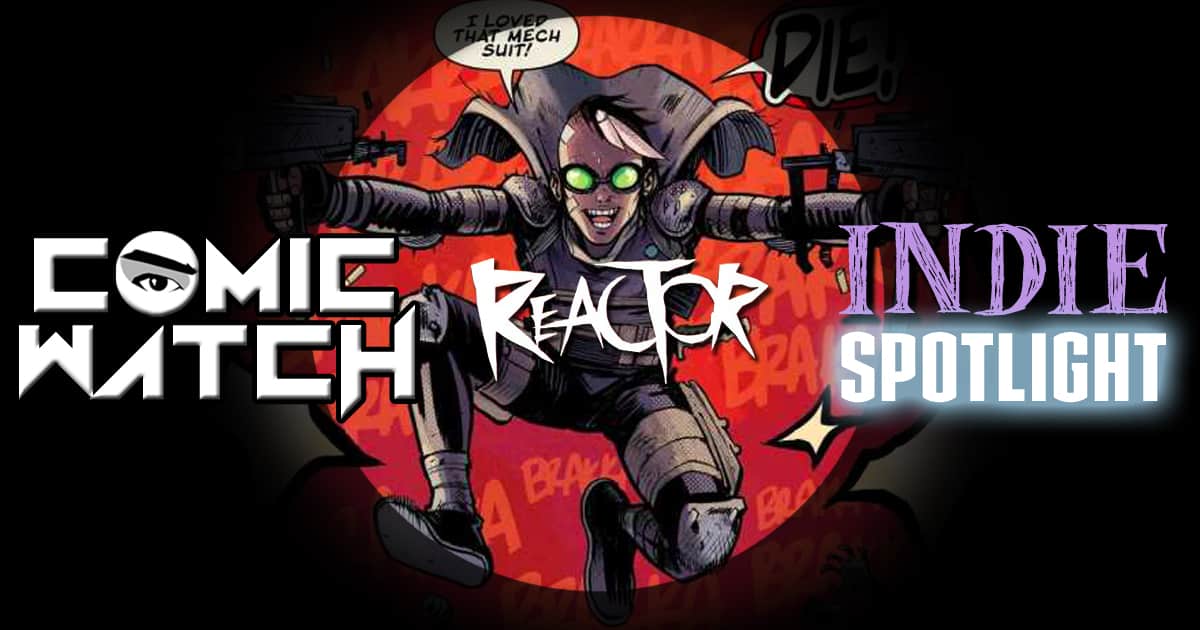 Reactor is a gripping sci-fi vampire story with originality and heart that will undoubtedly keep you captivated until the very end! 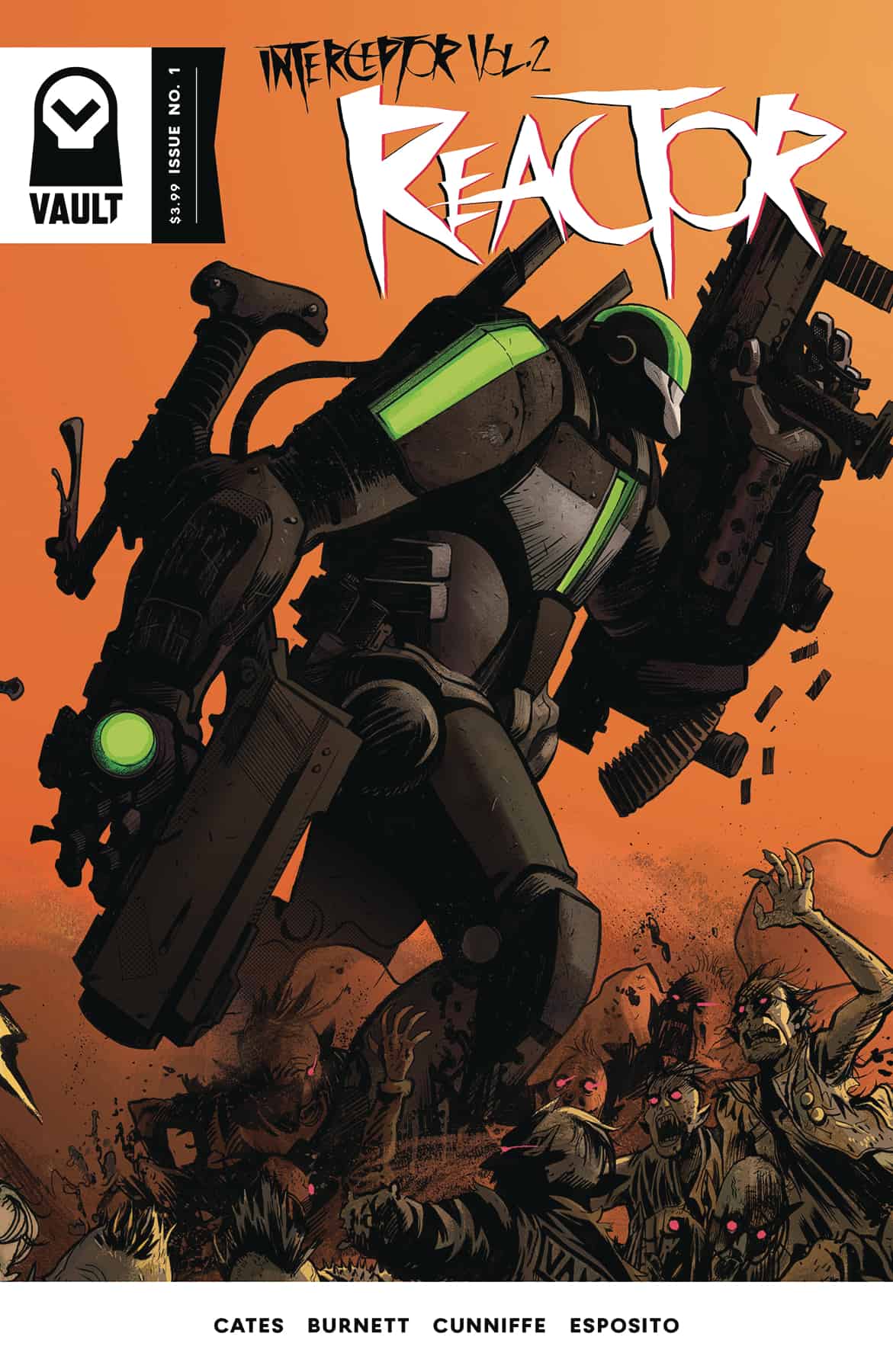 A year has passed since Poli landed on Earth with the mission to kill every damn vampire that drove humans off-planet. A year since Weep, a teenage girl showed Poli that in fact, not everyone made it to the stars. And now, standing before King Luc’s royal blood farm, Poli and Weep are all set to smite some bloodsuckers…until the sky opens and the bombs drop!

From Vault Comics and an incredibly talented creative team including writer Donny Cates comes a beautiful and action-packed futuristic vampire story that should not be overlooked. Though it does have adult content such as language, it is a unique story that pulls you in from the very start! Reactor #1 does an incredible job at establishing a believable world given the dire circumstances, as well as quickly providing intriguing characters that are almost immediately relatable.

The artwork featured in the first issue is among the best available right now in any series, with colors that accentuate the incredible detail in both the characters and the worlds they inhabit. While I was uncertain about the color palette when first picking up the issue, the uniqueness of its overall aesthetic truly contributed to the quality of the reading experience. 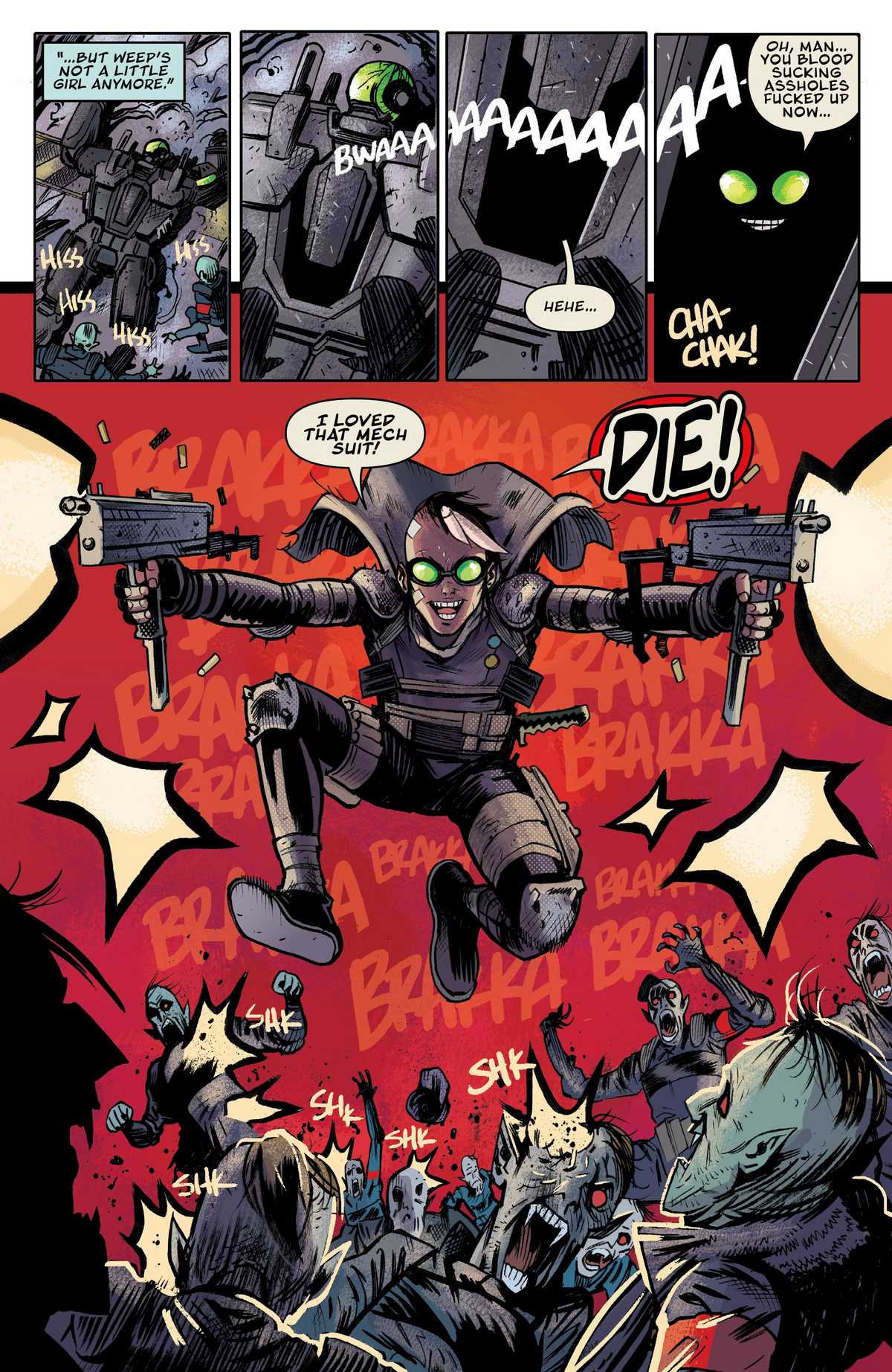 The fighting scenes are brutal, the landscapes are gorgeous, and the depth of emotion found within the characters is remarkable for it just being the first issue. Reactor #1 proves to be a great start in what promises to be a bad-ass vampire slaying story, unlike anything readers have ever seen before.

Vault Comics has a series with incredible potential, so don’t miss out! Reactor #2 releases January 31st, 2018!

“I’m absurdly excited for Reactor by Donny Cates, Dylan Burnett, Dee Cunniffe, and Taylor Esposito. Reactor is the sequel to Interceptor, but also a whole new entrance to the story. The creative team, geniuses that they are, have managed the rare balancing act of opening a new arc with an issue that will capture old and new fans alike. Honestly, I don’t know anyone who managed to track down the Interceptor single issues who didn’t love them. If they escaped your grasp, Reactor #1 is the place to jump in – its vampires, giant mech suits, laser swords, diminutive presidents, and acerbic, hilarious social commentary” – Adrian Wassel, Founding Member of Vault Comics 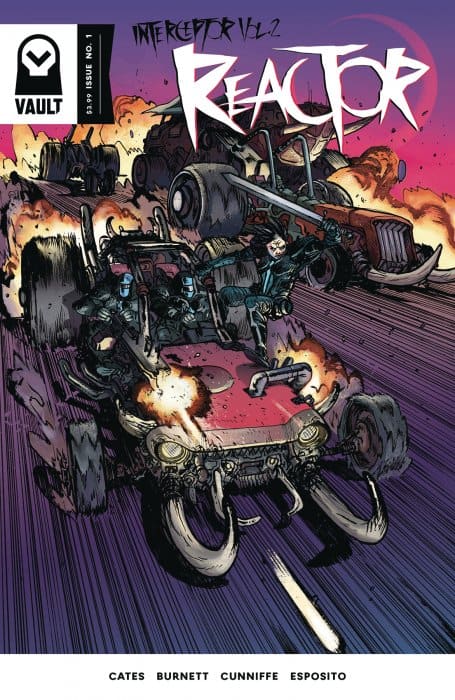