Reaver #1: Some Disagreements Are Still Occurring 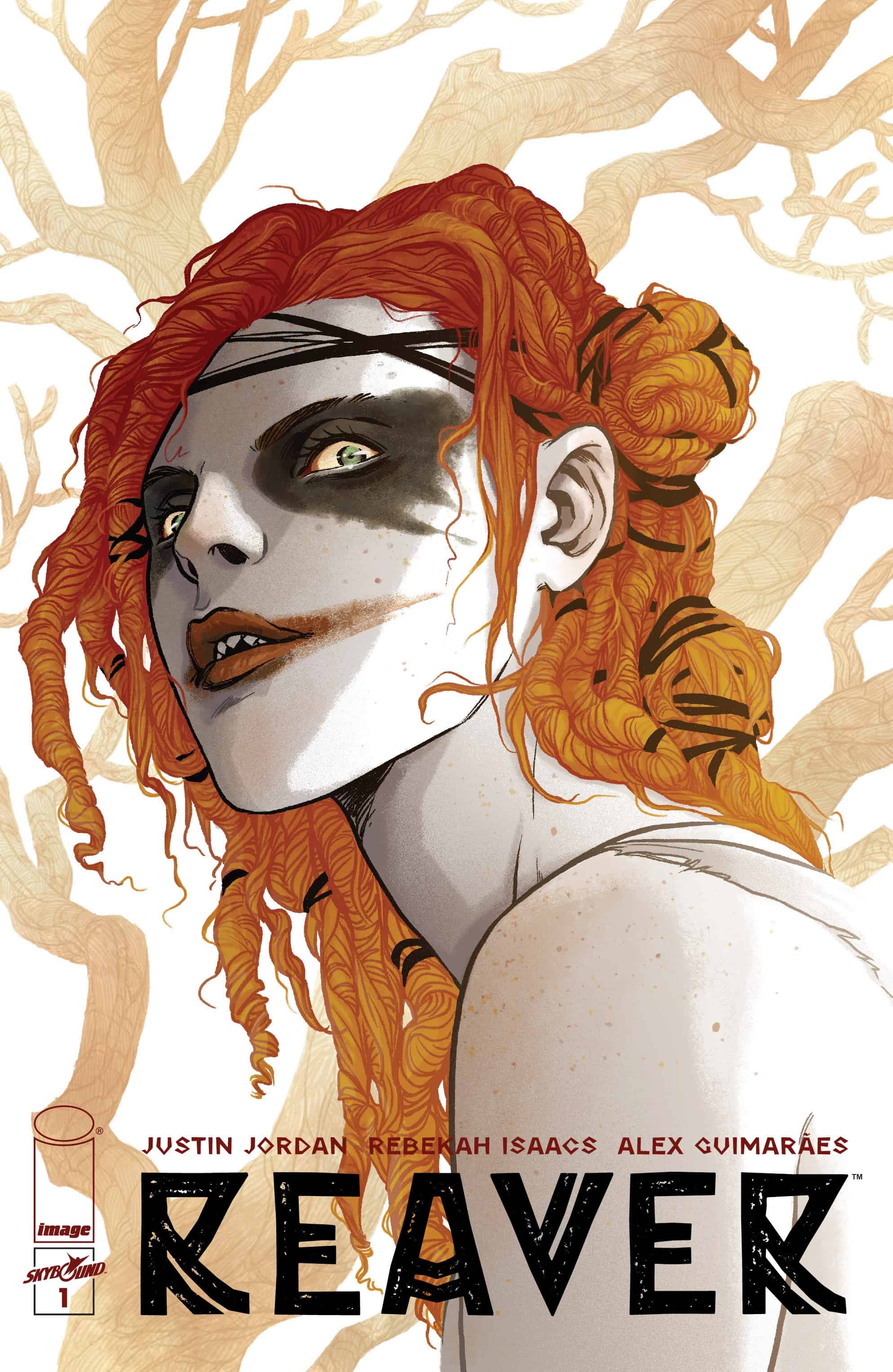 The continent of Madaras once promised a new start for settlers, but 200 years after its discovery, the war rages on. Deep within this savage and untamed land, a darkness builds at that must be stopped at all costs. To do so, the Imperials assemble six of its most despicable prisoners—a turncoat, a skin eater, a sorcerer and his bodyguard, a serial killer, and the Devil’s Son—the only ones who can stop the end of the new world. They are Hell’s Half-Dozen.

Suicide Squad meets Game of Thrones with a dash of Conan the Barbarian for good measure in Image and Skybound Comics ‘Reaver #1’, a new dark fantasy series with all the right pieces for something truly great. 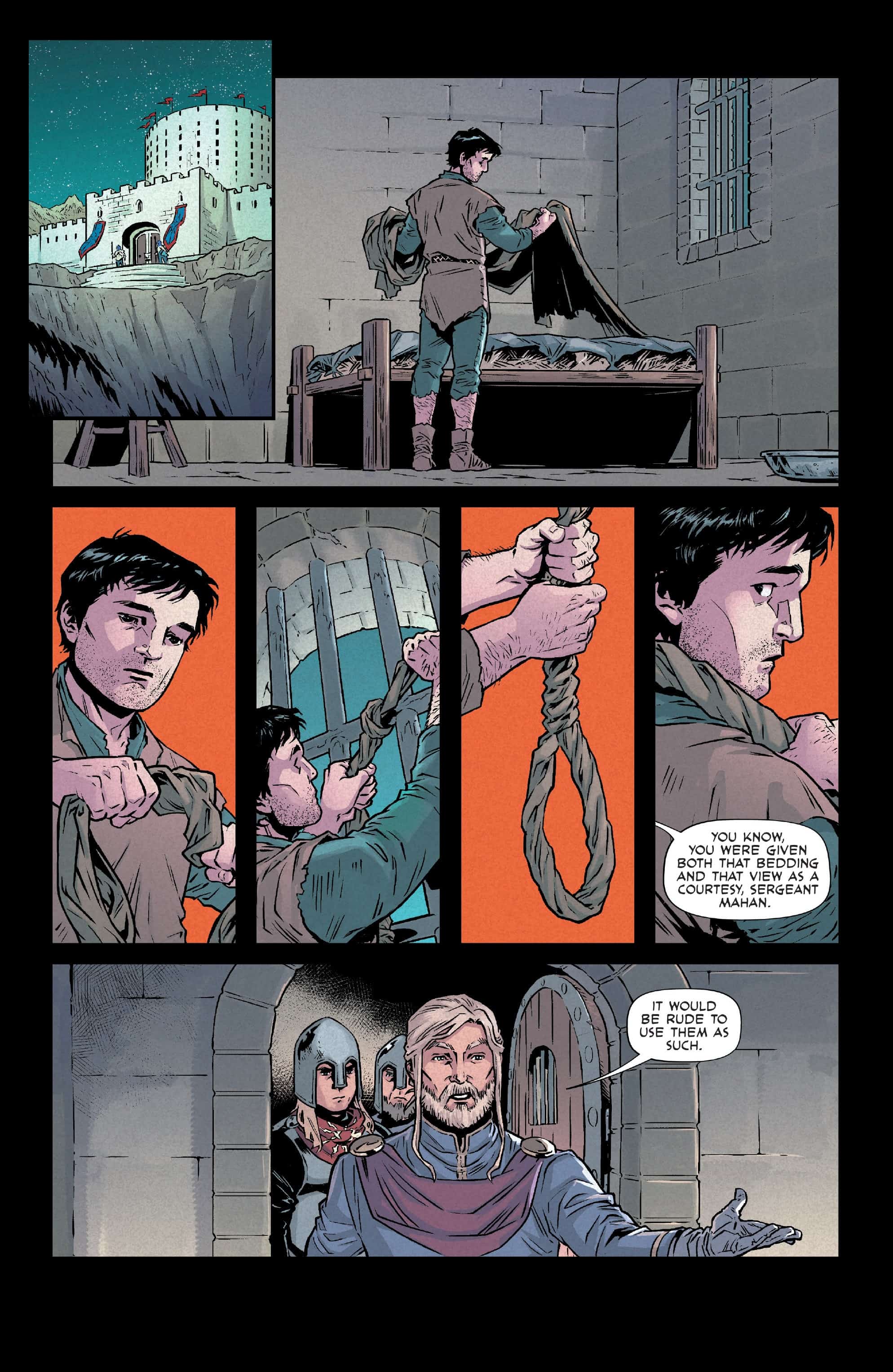 Let’s start with the world of Madaras, the discovered continent on which the story from creator Justin Jordan takes place. A dark fantasy story like this ultimately succeeds or fails on the potential for world building, and this creative team luckily wastes no time in diving right into a new and rather bleak world. It’s not all grim though, this series has an undeniable sense of humor that makes itself known in the first few panels. Its dark and sometimes dry, but the humor helps to add an interesting layer to what is otherwise an incredibly brutal world filled with violence and dire betrayals.

With the world of Madaras and it’s unique tone established early on, the issue then turns to introducing each of the diverse cast of characters that we will follow. This is where we begin a noticeable shift in the narrative as it begins to focus on being a character-driven story. The concept of this book is to take a group of despicable characters and put them in a team to explore this violent world, and while Madaras must be a fully realized setting, it’s these characters that will ultimately keep readers engaged. So the real question is, does this series successfully introduce our group of degenerates in a way that is interesting, but more importantly, enjoyable?

The answer is yes, but it might not be as resounding as you may have hoped for. The simple fact of the matter is, there is a lot of information to cover. Madaras, the six convicts (and worse), their mission and how plausible deniability works in a dark fantasy world are all topics woven into the narrative in issue #1, and while it mostly succeeds, there are some moments where it feels like that overarching story takes precedence over the character’s necessary developments.

While the use of tropes could be troublesome to a few readers – such as the ones in the vein of Suicide Squad like the deadly poison with daily remedies that will be used to keep the group in check – the originality of the story and the artwork permeates every page helping it to stand out on its own. Rebekah Isaacs and Alex Guimaraes deliver panel after panel of consistent and quality character work that drives the entire first issue. Without their vision, this story simply wouldn’t be what it is.

Despite a few missteps in the development of the story and some potentially questionable usages of familiar tropes, the first issue of Reaver succeeds in creating a fully realized dark fantasy story that will have readers invested for the long haul. It’s bloody, action-packed and filled with characters that you actually want to know more about. Fans of the genre and those looking for something unlike anything else on the shelves today will find plenty to enjoy in Reaver #1.

'Reaver #1' is a solid introduction to a new dark fantasy series with undoubtedly lofty ambitions. Despite a few missteps, it ultimately succeeds where it matters most. Hopefully, future issues will offer the chance to flesh out both the characters and this massive new world like they deserve!

Reaver #1: Some Disagreements Are Still Occurring