Reckless: The Ghost in You: The Weight (Take a Load off Anna)

Reckless: The Ghost in You 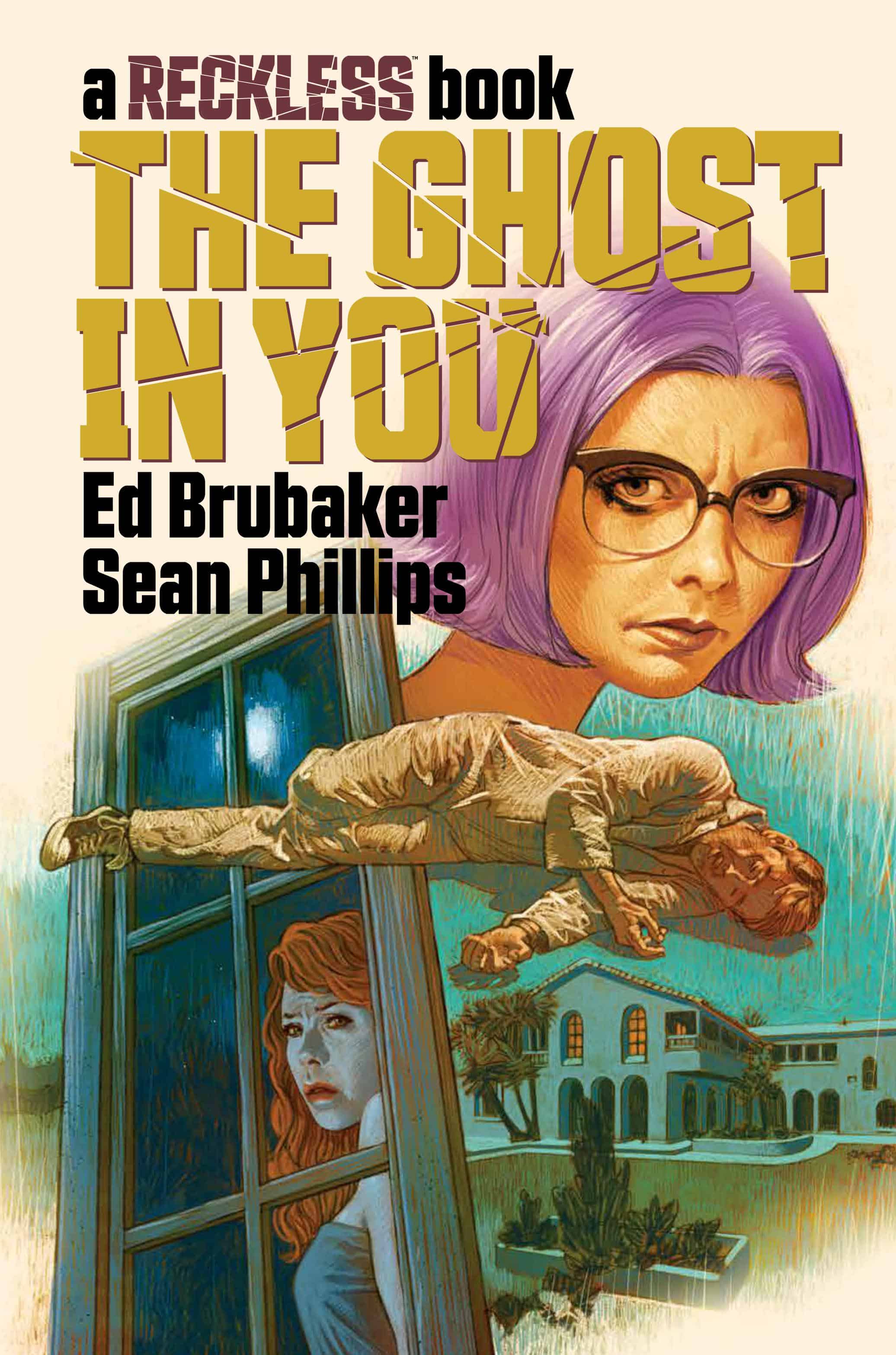 The fourth book in the bestselling RECKLESS series is here! Crime noir masters ED BRUBAKER & SEAN PHILLIPS present yet another original graphic novel starring troublemaker-for-hire Ethan Reckless. It’s the winter of 1989 and Ethan is out of town, so this time, Anna has to tackle the job on her own. When a movie scream queen asks her to prove the mansion she’s renovating isn’t haunted, Anna will stumble into the decades-long mystery of one of Hollywood’s most infamous murder houses…a place with many dark secrets—some of which might just kill her.

“You can feel it sometimes, just walking into a place… The death… The history… Like it’s in the air around you” is a line used to describe the atmosphere of certain places deemed haunted, explained by a fortune teller in The Ghost in You. It’s a sentiment that carries a deep weight and serves as an unofficial thesis statement of the graphic novel. That feeling of negative energy, lingering like a storm just over the horizon or a hot breath on the back of the neck when you’re alone in the middle of the night, is an essential part of this volume, and one of the many textures that make the book such a compelling read. That lingering is something that feels like an intrinsic piece of the weave of the story that the creative team set out to tell, and ensures that something will still be with you once you close the pages of the book.

The Ghost in You, the newest installment of Ed Brubaker and Sean Phillips Reckless series of original graphic novels, gives a twist on the formula of the first three, in that it breaks away from Ethan Reckless, our Redford-esque leading man. Instead, the issue picks up and follows Anna, the punk projectionist, and investigative mentee as she gets a case from her childhood hero, a stand-in for Elviria, who believes her new mansion is haunted. The case leads Anna into the world of phantasm from the silver screen, the poltergeists of the Catholic church, and even the lingering pains of her childhood. In its essence, the novel follows a typical Reckless plot, with twists and turns that reveal the case is more than it seems and injects a healthy subplot of Anna’s mother reappearing, a former addict that’s more willing to lose herself in a flame of the week than be involved in Anna’s life.

Brubaker’s script is in many ways the character of Ethan encapsulated working as a lean, mean machine that knows exactly how to hit all the right moments but still makes it a surprise. The choice to break away from Ethan and give Anna the lead is an inspired choice, but paired with Ethan’s narrative voice in the caption boxes elevates the storytelling potential. That distance creates a dissonance between art and word, an artificial division that is generally blurred in the partnership between Brubaker and Phillips. The way Brubaker captions the script makes Anna’s quest to discover the ghosts of both her childhood hero and her own personal ghosts, makes the tale a little less personal, as Ethan is interpreting the lesson’s that Anna learns and distilling them to the reader. It’s reminiscent of notes scribbled in the margins of a used paperback novel, and it adds a texture to the story, one that begs for multiple reads, once through without, and then with the captions.

Brubaker does a wonderful job in the comparison of Anna’s mother, (who renamed herself Savannah after a stint in A.A.) and Lorna (Evilina, Anna’s childhood hero and former scream queen). A perfect place where the captions come in and enrich the unfolding story is Ethan noting that Anna quickly shakes the thought of Lorna replacing Savannah and that she’s self-aware enough to know that living in a fantasy of what could have been never turns out any better than reality. It’s a small moment that compares Anna and Ethan, but it’s an excellent beat that really digs into the relationship between the two, and further establishes Anna’s character in this volume.

Sean Phillips’ art just seems to get better and better with every project, but moving through these Reckless books feels like a new stage entirely. There’s a looseness to his pencils that give the book the feeling of being a recollection, rather than concrete events that happen, which adds to the previously mentioned atmosphere of the Reckless series. The linework is a dance of the ethereal and the concrete, both a presentation of the past once removed, but never shying away from the darker or dirtier moments. A stand-out sequence from Phillips is when Anna is caught tailing her mother’s soon-to-be husband and gets caught taking pictures. It’s a burst of action, Anna clocking the man across the face, hand wrapping a roll of pennies (a trick the captions make to highlight) that feels like a real moment in time. Phillips doesn’t idealize the act, and Phillips lingers with the consequences of the action, rendering the bloody knuckles and Anna’s reaction to it. It’s a masterful stroke of storytelling across simply laid out panels, and just how economic but impactful Phillips’ art can be.

It’s not just Phillips’ wonderful line work that sells the present story of Anna, but it’s the pairing with Jacob Phillips’s colors that really push the story into its complete form. It’s a special treat returning to the partnership of Phillips and Phillips after seeing Jacob working on his independent works like That Texas Blood and Newburn, where he’s working as both artist and colorist. It feels that experience has enriched his coloring, and getting to explore those creative ventures has only strengthened his skills as a collaborator. In a book that’s already dealing with two layers of narrative, the captions from Brubaker and Sean’s art, Jacob infuses a third layer using a break in the typical palette to illustrate flashbacks of Anna’s childhood. Anna is in line to meet Evilina, watching her specials on TV and even the horror stories of Lorna’s haunted mansion are all colored with a saturated pink tone that feels like it’s coming straight from Anna’s head. In any given scene, Anna’s pink hair is the standout color in a panel or sequence, but these flashbacks that Jacob colors feel in line with Anna’s colors, and distinguish them from the main story. Even without captions or a voice-over, it’s clear that times and space have shifted thanks to Jacob’s colors, and it textures again, giving it a heft that many monthly comics just are lacking.

The Ghost in You is an exceptionally thrilling crime graphic novel, and in an already gripping series of OGNs, feels like something even more special. It feels like an understatement at this point to recommend The Ghost in You, as everyone should already be reading the series, but it does well to reiterate that the alchemy of Brubaker and the Phillips are on full display in this volume, and it should not be missed. In breaking from the typical narrative format from the previous installments, the creative burrows into Anna and her past and gives a texture to the world and characters they’ve felt. That texture and weight sink in, and much like the ghosts that Anna is dealing with, linger with you the further you get away from this book.

Reckless: The Ghost in You: The Weight (Take a Load off Anna)