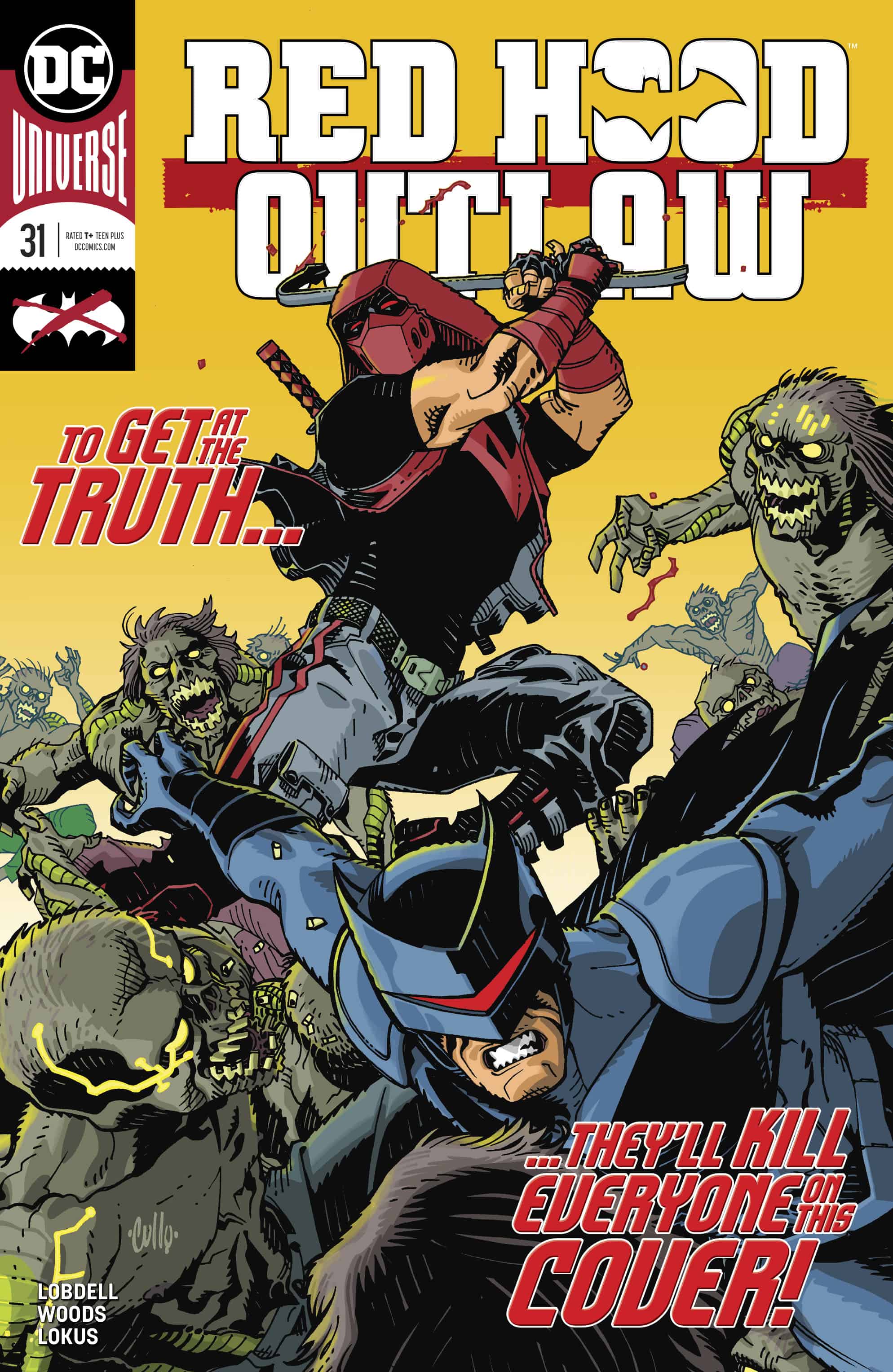 Jason finally confronts Solitary with the help of new friends Bunker, Wingman and a random stray dog, leveling a Mexican prison and a bunch of other stuff in the process, and I mean bunch so much stuff happens in this issue. 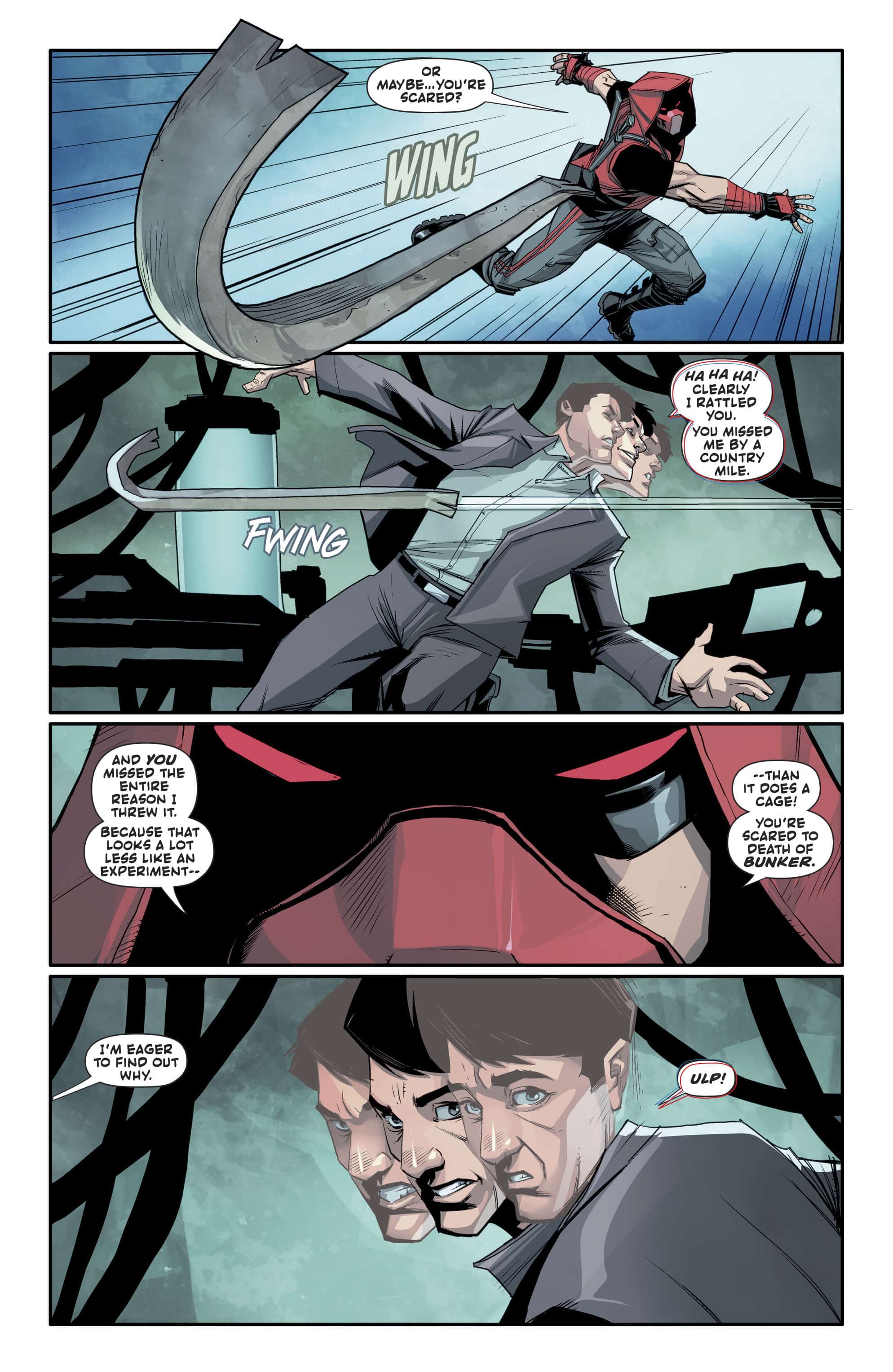 Is this series ending and we just haven’t been told yet? It feels like Scott Lobdell is scrambling to tie up loose ends but they’re loose ends he created 2 issues ago! I can understand if he was trying to clean up some story elements of his (really really) long running series which is not without it’s share of loose ends. Like if Bizarro is gone who is feeding Tiny Ma Gunn? One small example. This issue (and last issue) contains maybe 4 subplots all crammed into one issue, almost like multiple scripts were combined. In a space of maybe 6 pages we get Bunker, (who says like 2 things then randomly disappears to “level the prison) a fight with Wingman which comes to no resolution but they’re still together at the end of the issue, (maybe?) and Solitary’s wholly unnecessary origin story.

The fight with Wingman was silly. They did the old talk and fight culminating with Jason saying he’d go to Gotham when he felt like it, which is apparently the end of this issue. I guess he felt like it. Dumb. 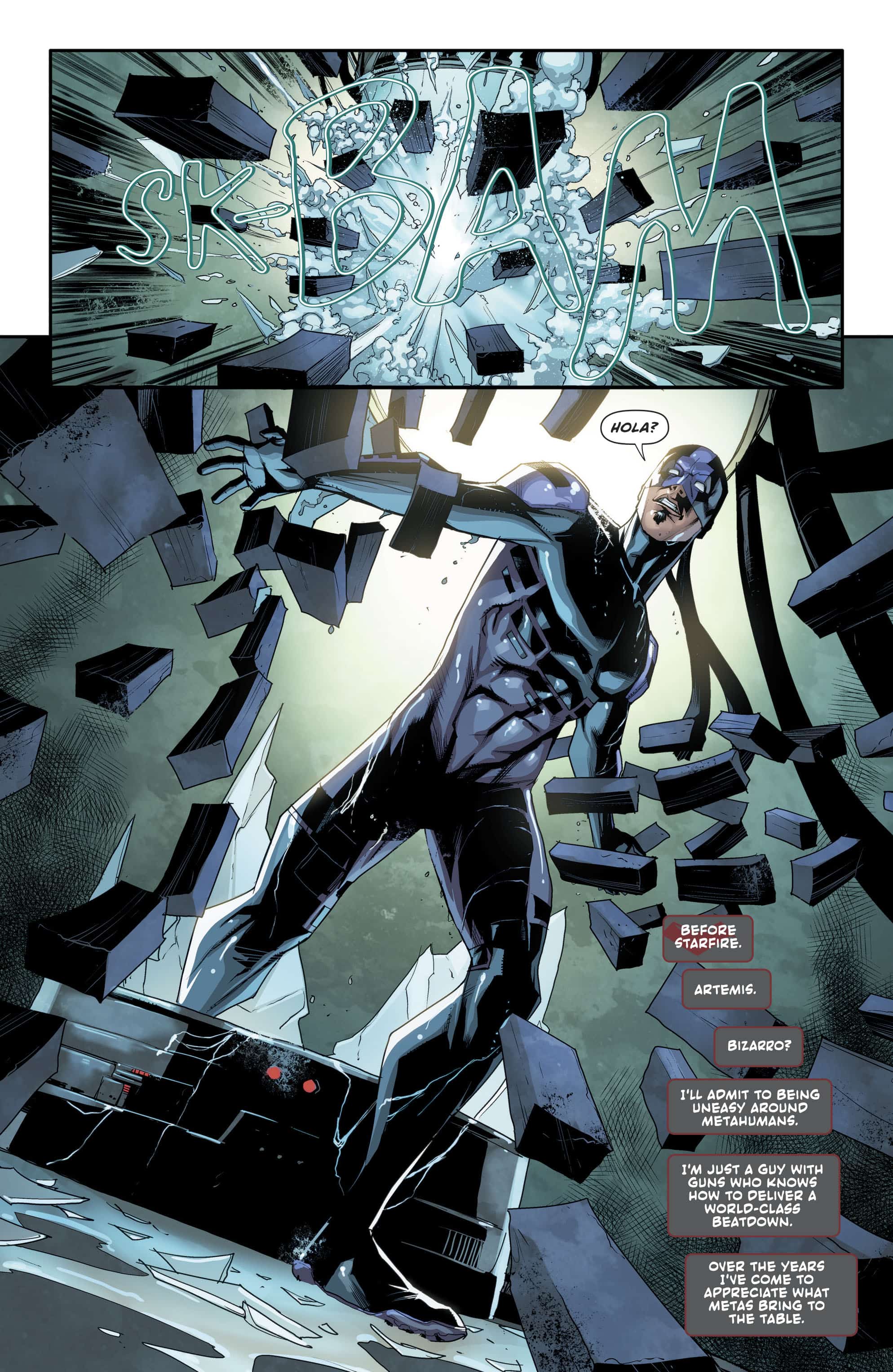 Likewise Solitary is one of the more uneven villains I’ve seen recently, going from being this big bad supervillain who can “control perception” (wtf does that even mean?) to being cornered in a prison cell by a dog revealing his origin and whatnot, which as I said essentially equates to page filler because of what happens next, which I won’t spoil. His powerset is such a missed opportunity also, he can alter perception? How the hell did he get cornered by a dog? He could’ve done the classic “make the heroes fight each other” or any other of a myriad of possibilities.

The art by Pete Woods is arguably his best work on the series to date, with most of the characters looking good in costume. There’s a lot of action probably, it’s pretty hard to tell what’s going on at points at no fault of the art.

Weird issue that might matter later, hard to say now.