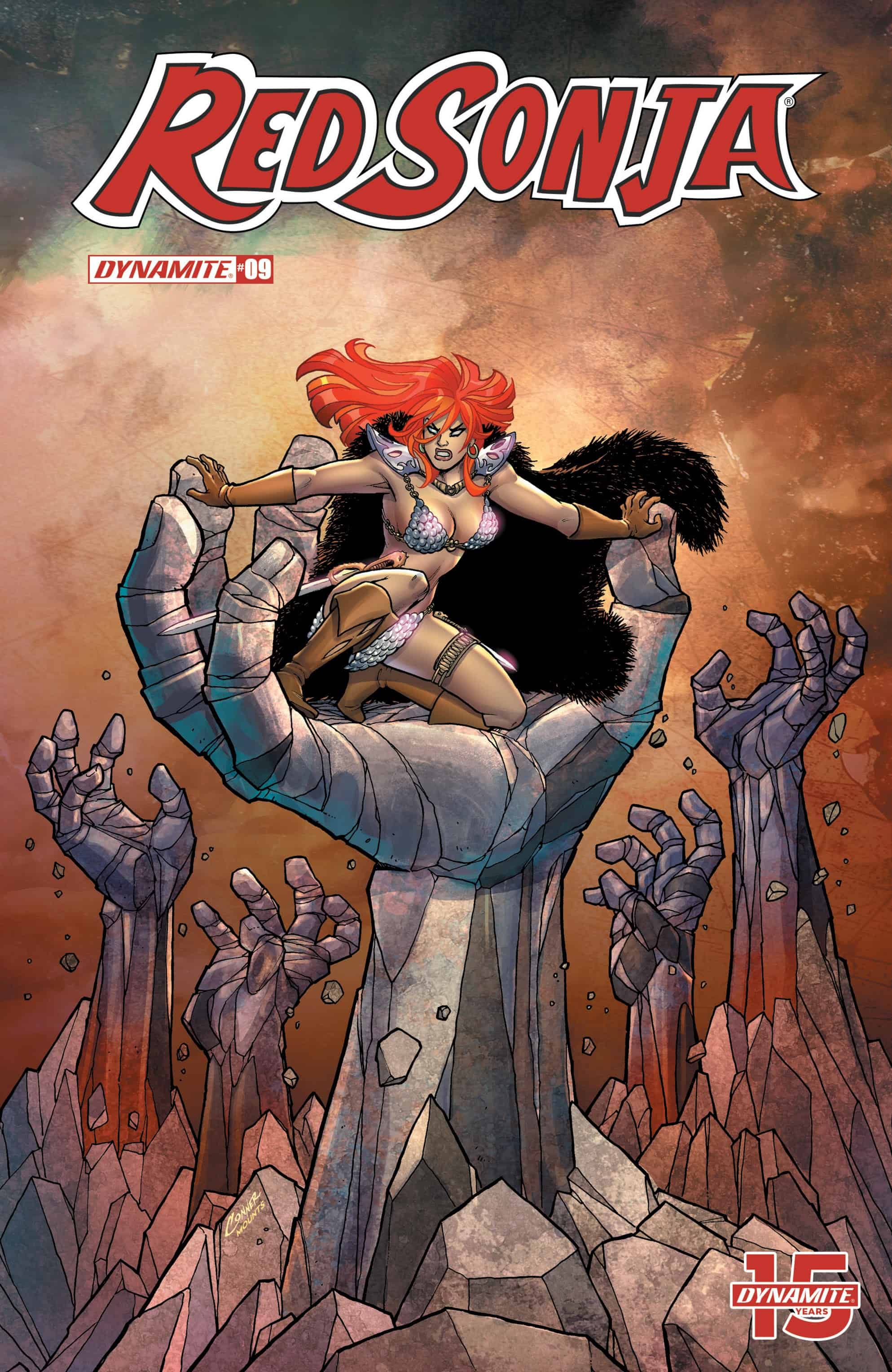 War wages on. Sonja The Red and her Hyrkanian army travel to the mysterious Sorcerers of Wigur-Nomadene, in the hope that they will intervene on her behalf. But elsewhere...treason in Sonja's War Council...

Mark Russell’s long running epic featuring Queen Sonja the Red continues in issue #9, a book that dives into the consequences of reality and the inescapable dangers that follow Hyrkania. 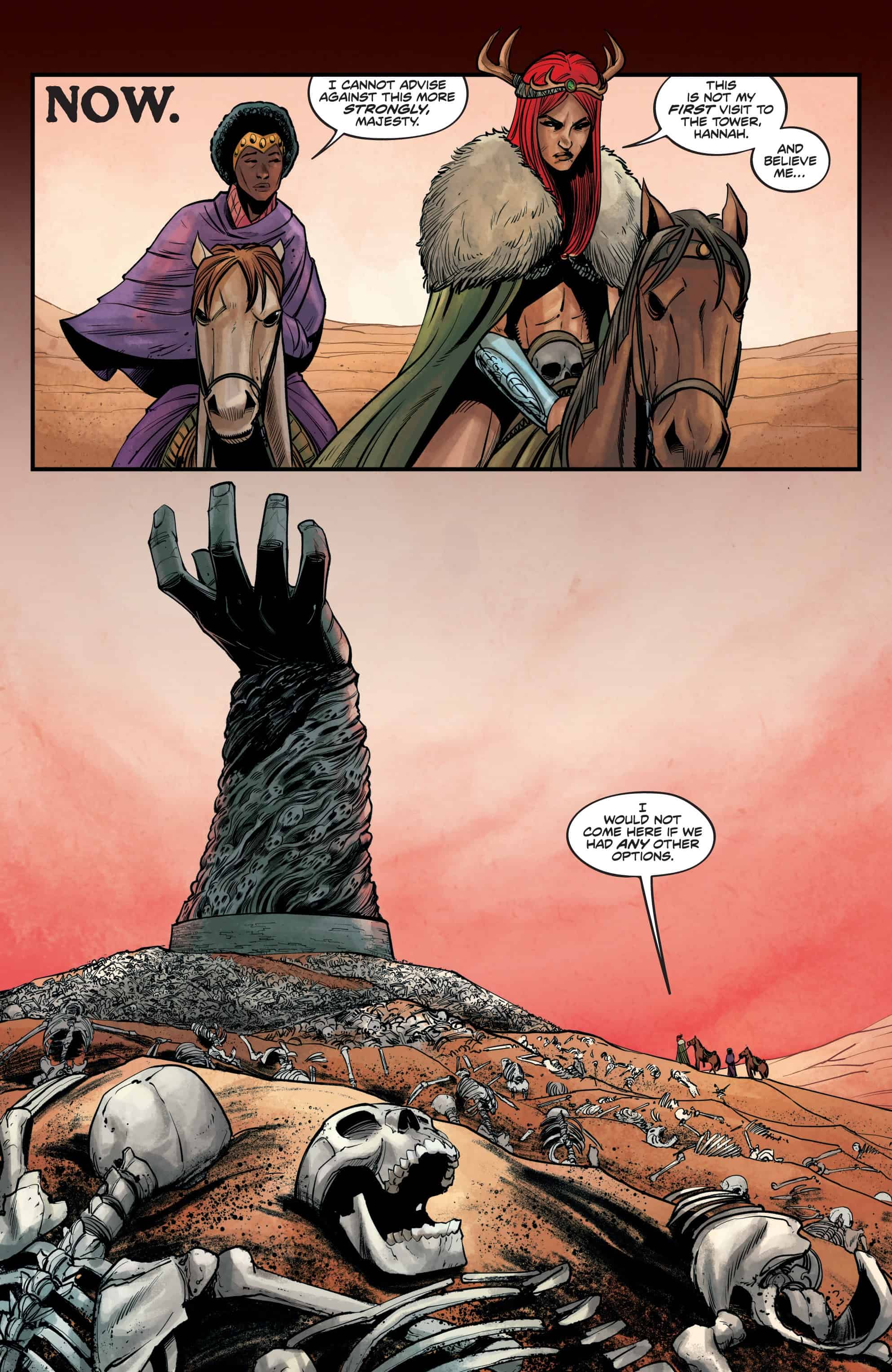 If you aren’t sold on the expansive scope of this story at this point, Red Sonja #9 isn’t going to be your cup of tea. However, for those who are along for this epic ride, the story ramps things up a notch with a deadly coupe that finally brings the Zamoran forces face to face with the Hyrkanians. While things may be going downhill rather quickly for Queen Sonja and her war council, the Zamorans have left themselves in a precariously dangerous position with Sonja no longer having anything holding her back.

This issue eventually starts to feel like the calm just before the storm. The Zamorans’ plans have seemingly come to fruition thanks to Foghor the traitor and now the Hyrkanians are poised to surrender. Taking Sonja out of the equation might have sped up the resolution of the conflict, but it is undoubtedly going to unleash the wrath of the She-Devil and I couldn’t be more excited.

The build up, though intricate, successfully establishes a tense situation that will have readers closer to the edge of their seat by the time the book ends. It’s in this foreboding sense of danger that the issue finds its real success. Whether it’s Sonja entering the Tower of Wigur-Nomadene or the coupe on her war council back at camp, the story feels like it is finally unraveling into a truly thrilling experience.

By capitalizing on the momentum that has been building for so long now, this issue proves to be a really exciting read. However, now that the story has swiftly moved in this direction, it is crucial for the next issues to maintain that excitement to keep readers engaged until the end. It seems this creative team has what it takes to pull it off, but we will just have to wait and find out for ourselves next issue!

Ultimately, Red Sonja #9 is an enjoyable continuation that feels like the beginning of the end. For such a long running arc, this is both a welcome change of pace and an engaging way to pull readers deeper into the story. The artwork is once again exceptional and the lettering even better, so this issue is worth buying just for the visuals, but there’s no way Sonja will take the events of this issue lying down. So, it looks to be a bloody exciting few issues ahead of us!

Ultimately, Red Sonja #9 is an enjoyable continuation that feels like the beginning of the end of this long-running epic.