Red Sonja: Birth of the She-Devil #3: The Great Cleansing to Come

Red Sonja: Birth of the She-Devil #3 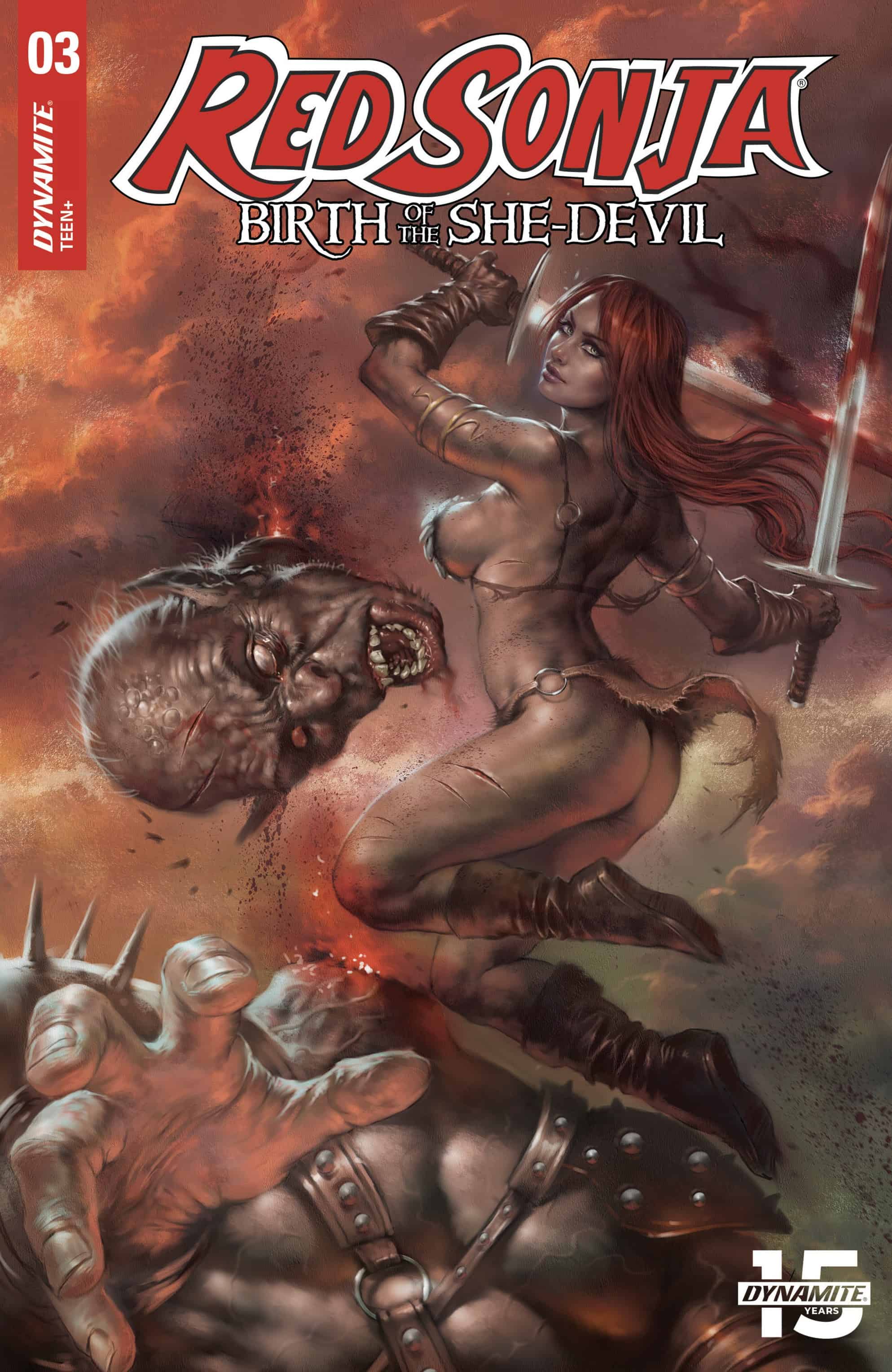 The previously untold story of the early years of Red Sonja continues in Birth of the She-Devil #3! Sonja confronts the wreckage of her past as she finally comes face-to-face with the addled Shashana - a victim of a deadly new drug that seeks to enslave all of Hyboria!

As we delve deeper into the conflict between Sonja and Raka in the penultimate issue of Red Sonja: Birth of the She-Devil, the story loses just a bit more of its narrative focus in the hopes of setting up a more exciting final issue. 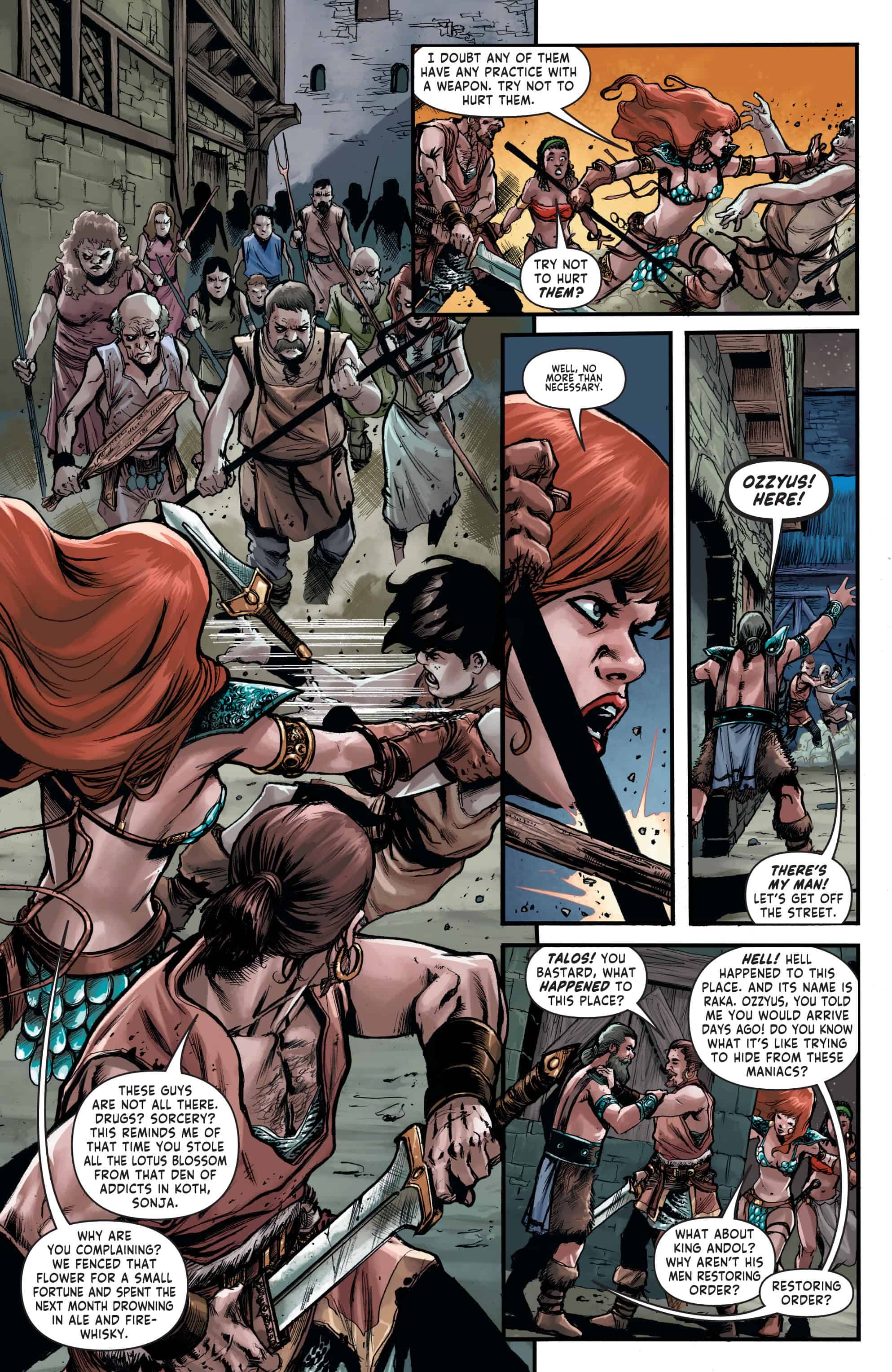 The third issue in any four-issue miniseries is usually where we find the most significant burden of storytelling, and that seems to be the case in this latest installment of the Birth of the She-Devil series. There isn’t as much room to flesh out certain narrative threads as much as they should be simply because it’s time for the story to begin wrapping up. The potion used to enrage Raka’s armies for example, is given a brief explanation but not nearly enough. A lot of elements fall into place in issue #3, making the story feel as though it is moving briskly but the structure and pacing ultimately leaves something to be desired.

This miniseries started out as an exciting and action-packed new look into the early years of Red Sonja, especially as it released alongside the slow burn ongoing series from Mark Russell. However, as we have progressed, the two series have swapped in both pacing and excitement. This issue is mostly predictable, and feels as though it is just going through the motions to get us to the final conflict that has been building. There are a few intense moments, but we don’t get any substantial lessons learned from the instances of failure and Sonja’s motive still remains the same. The character growth shown so far has been minimal, which is a shame because of all the opportunity this story had.

The artwork is still super consistent, giving fans plenty of visual spectacle that feels right at home, but the script just doesn’t allow for a really enjoyable flow to set in. We move from one sequence to the next with no real consequence until the ending. Which is understandable given this issue’s purpose as a lead-in for the final issue, but still not quite as satisfying as it should be.

While the final issue is sure to be a thrilling one, it’s unfortunate that we get such a haphazard result in Red Sonja: Birth of the She-Devil #3.

Hopefully the payoff is worthwhile!

While Red Sonja: Birth of the She-Devil #3 is visually pleasing, it is ultimately tasked with bringing all the narrative elements introduced so far together in a meaningful way, proving to be a burden that is too much for the book to handle.

Red Sonja: Birth of the She-Devil #3: The Great Cleansing to Come