Red Sonja: Birth of the She-Devil #4: I Am No Lady

Red Sonja: Birth of the She-Devil #4 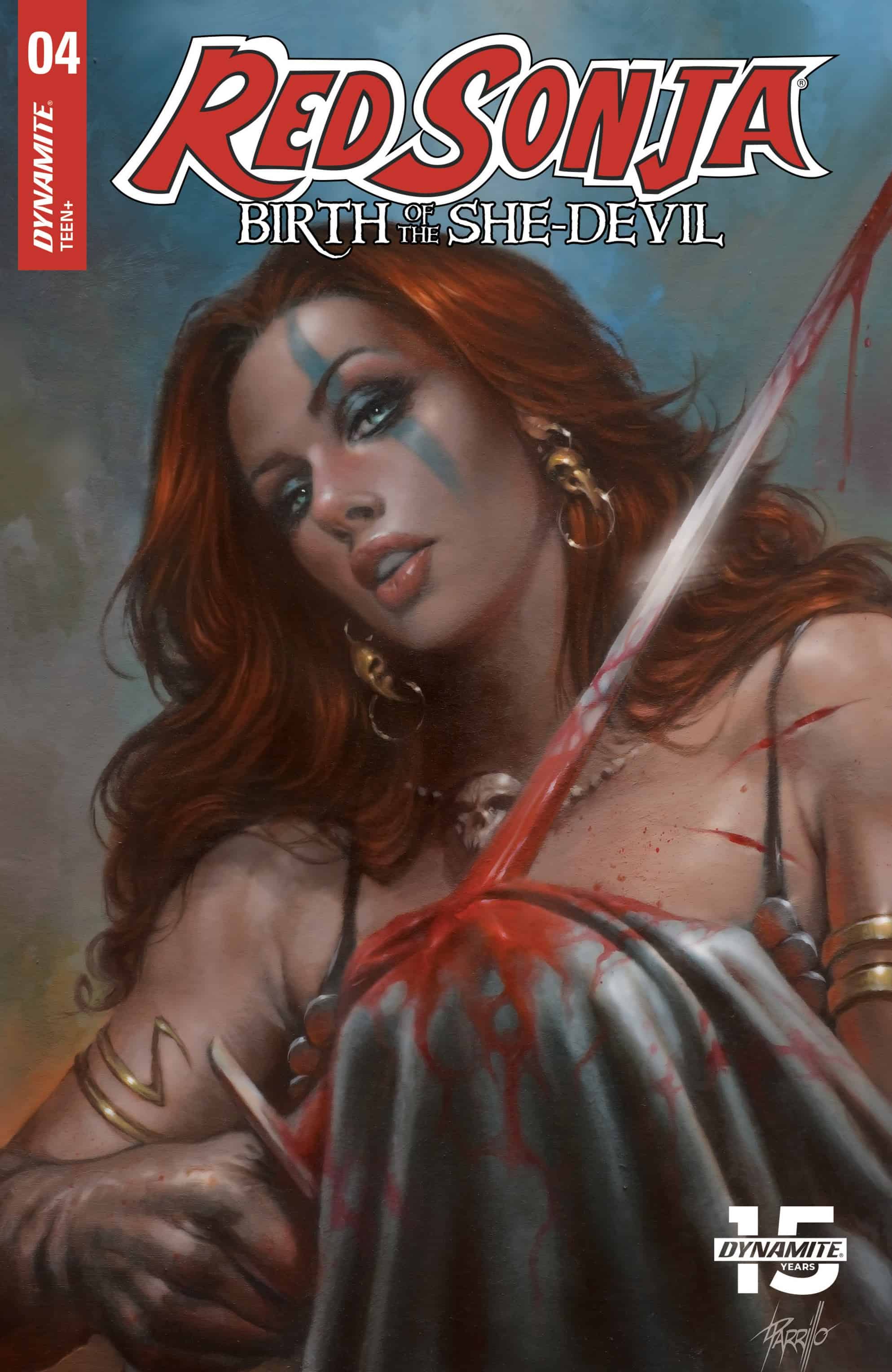 The fiery conclusion! Red Sonja has travelled long and hard to come to terms with her mentor - Ozzyus and save Shashana! Now, the trio hurtle towards the oblivion and despair of the villainous Raka, while working to restore the kingdom of the good king Andol!

Well, the conclusion of Birth of the She-Devil is here, and it’s just as violent and badass as you would expect, but does it capture the origins of Red Sonja’s moniker, She-Devil, as it should have?

The answer is yes, but maybe not as well as it could have. 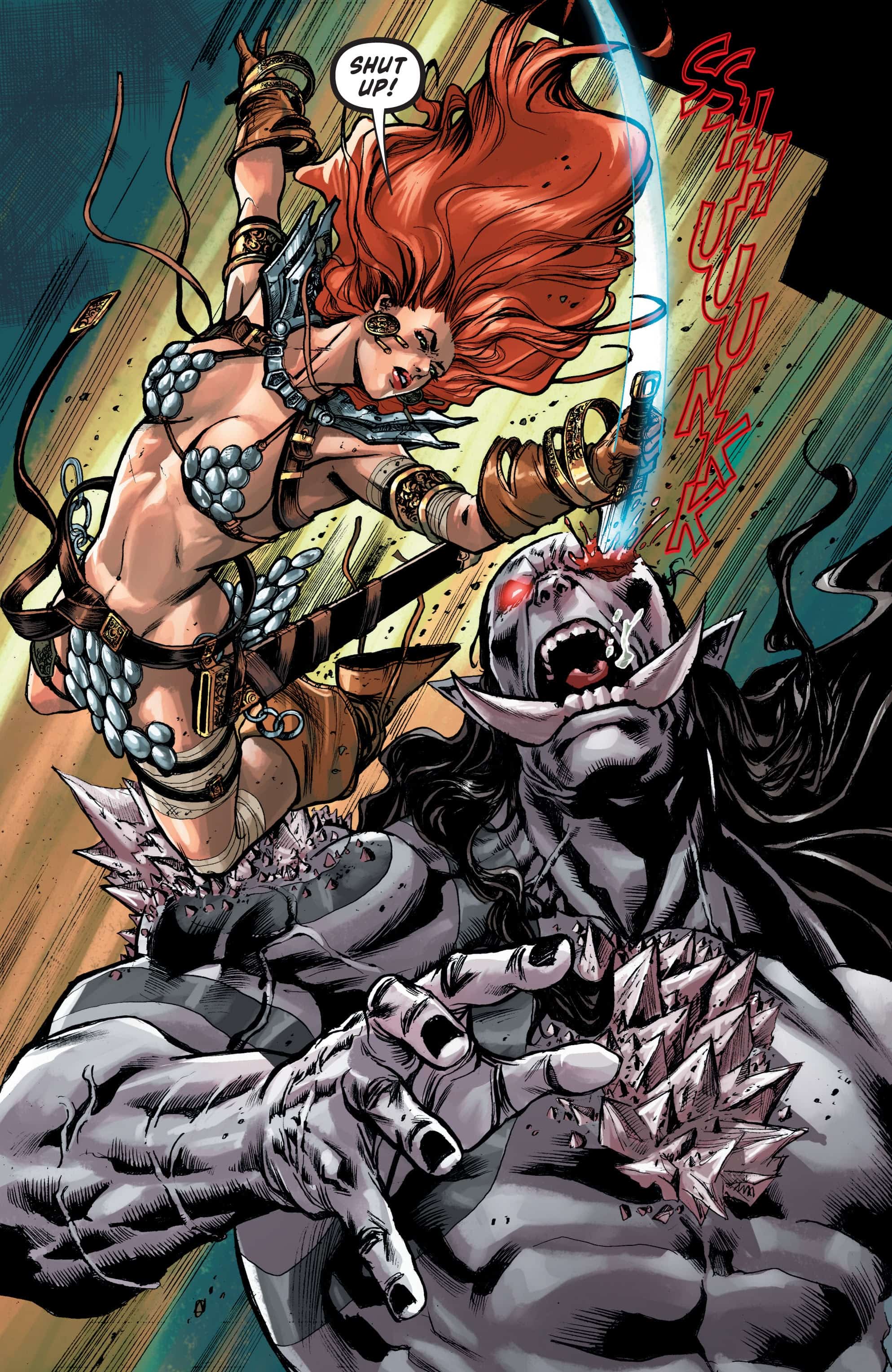 The confrontation between the She-Devil and Raka the Devil acts as an awesome final battle to expose both the weakness of Raka and the unrelenting brutality of Sonja. There is one particular moment where Raka mentions how furious the Gods are, and she replies “Fury? I will teach you the meaning of this word.” And that is pretty much exactly what I want out of a miniseries like this. Unfortunately, those moments are hidden amongst the many dialogue-filled sequences following Sonja’s mentor Ozzyus.

Ozzyus was a necessary character to introduce in order to substantiate her early years, but by the end of the miniseries he takes over the story and steals the spotlight from Sonja in a less than enjoyable way. Aside from this pacing issue, the miniseries does end on a strong note, proving to be a worthwhile in the long entry of Red Sonja stories. It’s a bloody raucous of badassery and I’m a bit sad to see it end, but all good things, right?

Despite a few overdone battle sequences and questionable dialogue, Birth of the She-Devil #4 is an issue that will undoubtedly entertain you from the first page to the last. That’s what I look for especially in a Red Sonja book, so I was excited to see this creative team capture that feeling. It feels like we’ve reached the natural conclusion without being rushed or forced, and the final page ends with a ride into the sunset full of promise…after Sonja declining a throne because it would chafe her ass of course.

Go pick up the full Red Sonja: Birth of the She-Devil miniseries today and check it out for yourself, it’s a lot of fun!

Red Sonja: Birth of the She-Devil #4 is a bloody raucous of badassery, bringing an end to a story that despite one too many distractions, definitely knows how to have fun!

Red Sonja: Birth of the She-Devil #4: I Am No Lady