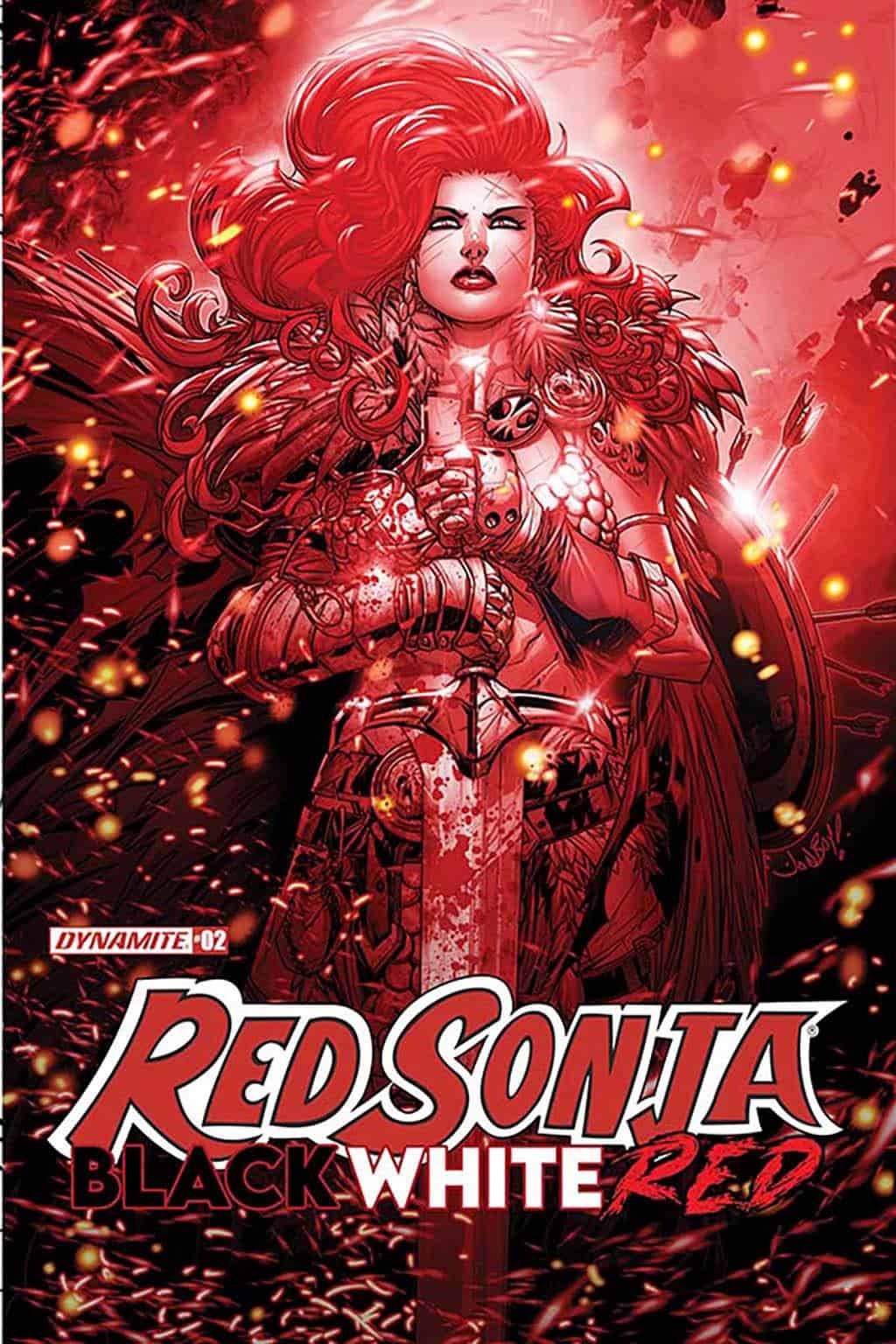 We have three short stories about our favorite red-hellion. “JONBOY MEYERS (Teen Titans) presents an aging Queen Sonja, face-to-face with a long-forgotten foe who threatens to change the world for the worse. JEFF PARKER (Aquaman) and NATALIE NOURIGAT (Disney) toss Sonja into a living sentient fungus bog, with no easy exit out. DAVID F. WALKER (Naomi, Bitter Root) and WILL ROBSON (Fantastic Four) feature a creature from myth, with a craving for the blood of a She-Devil.” Individually and collectively, the stories are solid.

When reading a Red Sonja comic, there’s an expectation about how the characters should speak. They should generally avoid modern speech patterns and words. Any swearing is a “By Crom” or another Hyborian curse word. The first two tales did a good job of managing this. In Listen Close, there were a few speech balloons where I was pulled out of the story. It was like seeing a modern coffee cup on a table in Game of Thrones. “Thiss isss all a game, sssweet-heart.” The monster referencing life is a game and using “sweet-heart” didn’t seem right. “The gods have given women a wicked game, sssavage/sssshe-devil/ssssword-bearer/ssssslayer.” would have read better. The name-play with the King’s name in a story that’s apparently being told to a child also wasn’t cool (but it is something that Sonja would likely say).

The core concept of only black and white art with red highlights works. It might be because this is a sword and sorcery book, or it might be because the art teams are just really good (with or without all the colors). Each story in Red Sonja: Black, White, Red #2 uses an animation “cartoon-style” and it is a good fit for Red Sonja. Often the more realistic art style only works when a master illustrator is drawing the comic. Cartoon-style takes us away from worrying if “that face angle works”, and allows us to enjoy the action in these short stories.

The speech balloons caught my attention this issue. In Proelium Finalis, Pat Brosseau shows us Sonja’s thoughts with a unique balloon shape highlighted in red. Pat also does a brilliant job with all the sound effects in this story. In Edible, the monster’s words and thoughts appear as white text on black. In Listen Close, red is used to highlight the most important text. 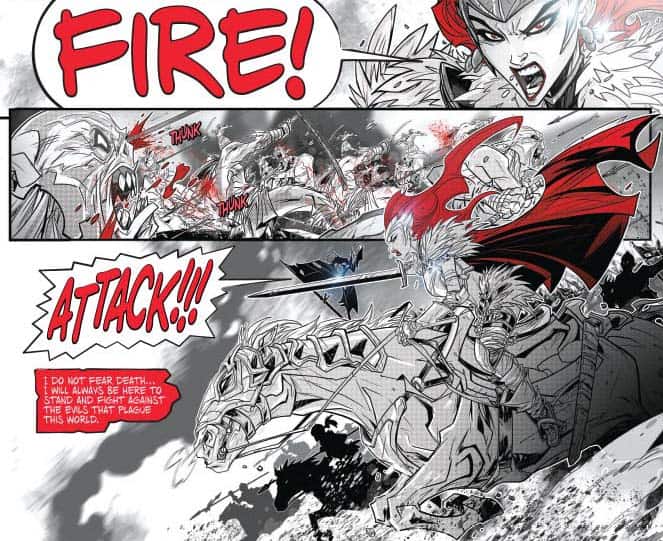 In Red Sonja #2, we have three of the most universal themes ever written: woman versus man, woman versus nature, and woman versus creature. These themes are as old as time, and we can all relate to them. Expect a twist or two as our three story spinners use the base theme, mix in a little Red Sonja, and create three fun tales of adventure. 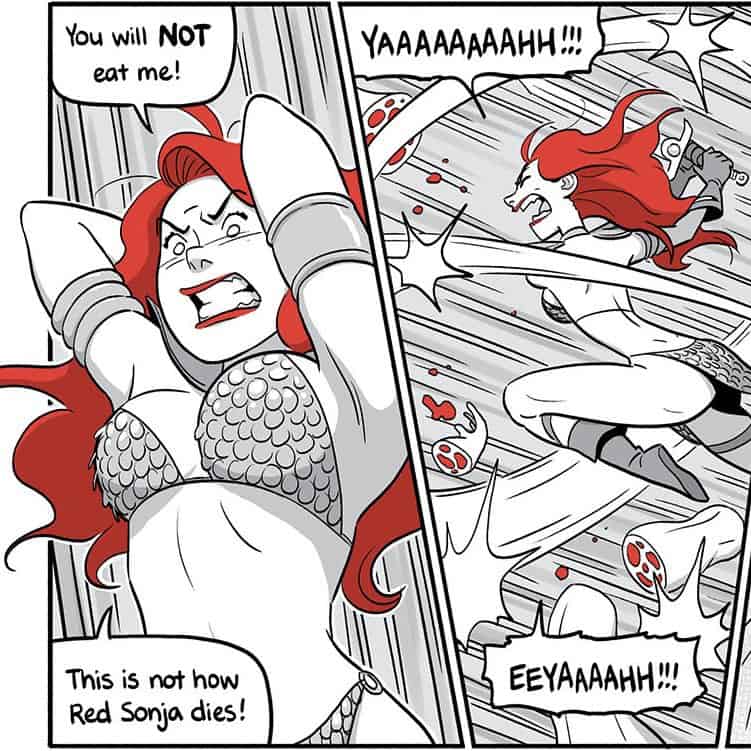 “Gather around and listen close, as I tell you of the greatest warrior to walk the earth. Her name was Red Sonja.”

Buy this issue. Proelium Finalis reminds me of a story Robert E. Howard himself might have written. Edible and Listen Close both have nice story twists.