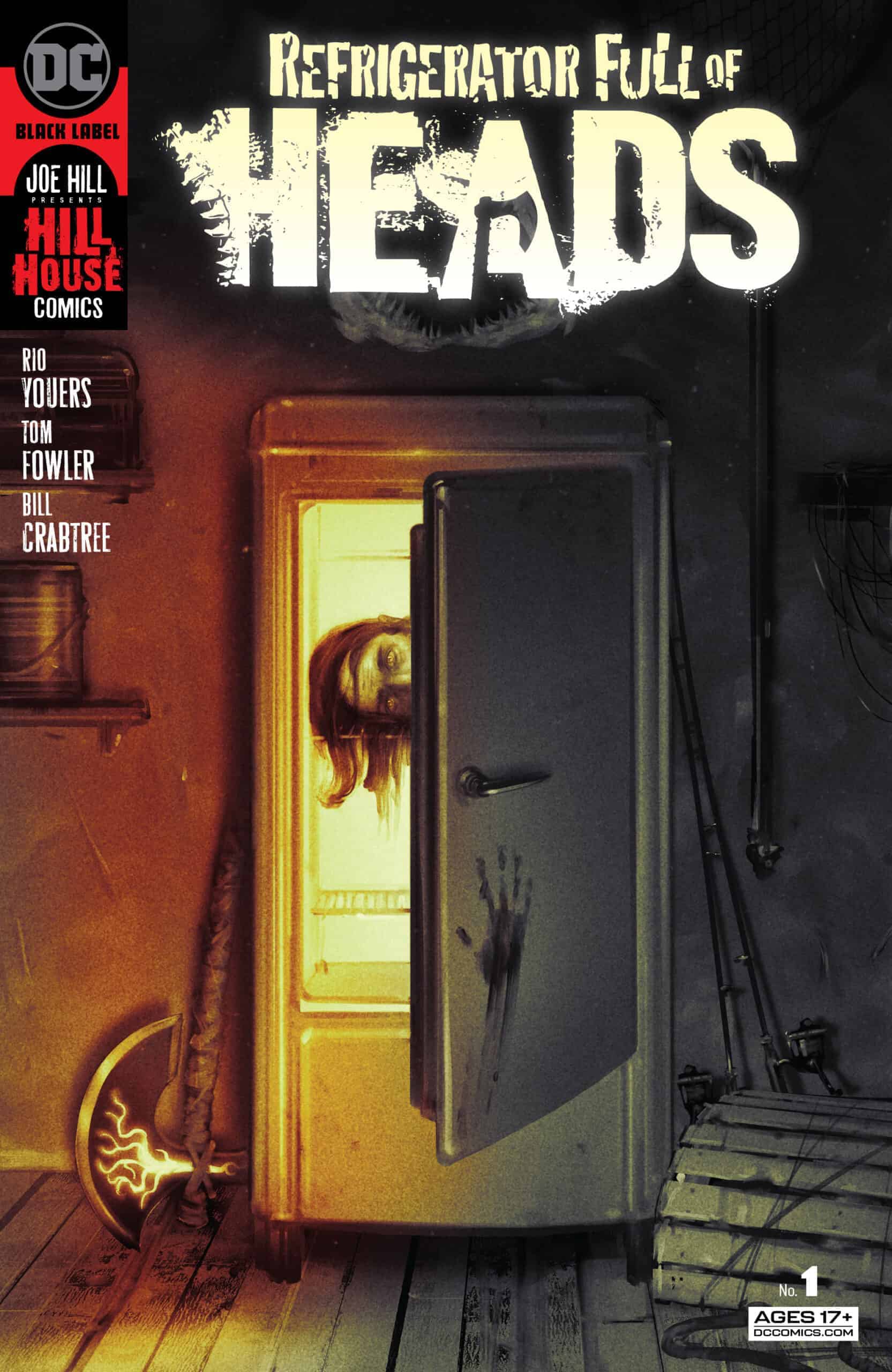 Hill House Comics is back and heads are going to roll for making readers wait! The new wave of titles begins with a rancid return trip to bloody Brody Island. For a year now, the mysterious axe that unleashed pandemonium during the hurricane of ’83 has waited at the bottom of the bay but nothing that powerful stays buried. Brody Island has new visitors, and a new sheriff in town, too—not to mention a dangerous great white shark spotted in its waters—and when vacationing couple Calvin Beringer and Arlene Fields find themselves on the wrong side of Brody’s unsavory elements, their beachcombing will turn up something a lot sharper than sea glass… Crime novelist Rio Youers joins forces with artist Tom Fowler to unleash a gonzo grindhouse expansion on the lore of the original Basketful of Heads!

If anything has had its time in the sun, and a major renaissance in the last few years, it’s horror and Norse mythology. Both have wormed their way into major Hollywood pictures (Thor, Get Out, etc), some of the biggest video games of the decade (God of War and Resident Evil), and even massive comic events (Death Metal, Marvel’s War of the Realms, Wytches). It’s no surprise these two concepts have found places to intermingle, and propel a new subgenre of Nordic Horror.

Refrigerator Full of Heads, the newest offering from Joe Hill’s DC-published imprint, Hill House Comics, is one of those books that start at 11 and only go up from there. (For full disclosure, at the time of writing, this reviewer has not read the original Basket Full of Heads.) The book opens with a robbery of ancient Norse artifacts imbued with the power of mythological beasts, and then quickly shifts into something out of the start of a Jaws parody movie. We follow Cal and Arlene as they arrive at an out-of-the-way lake house, but quickly find themselves caught in a run-in with some bikers, and a possibly magically animated shark, both of which the two were warned about by the locals. The two also find an ax with some kind of connection to the dagger from the book’s cold open, which appears to be the two’s larger goal.

Rio Youers’ script is a lean, mean, killing machine in the best sense possible. The book moves at the pace of a good 90-minute horror flick, with an interesting opening, compact and masterful exposition, and then another jump into the action. Everything in the book is presented in a way that makes the book accessible to new readers without the context of Joe Hill’s original series. Youers’ characters, especially in the cold opening, exhibit a strong sense of gallows humor, the robber taking a moment to applaud their own pun is a wonderful little flourish.

Paired excellently with Youers’ words are the drawings of Tom Fowler. There’s an exaggerated quality to Fowler’s anatomy that helps heighten the emotion and the gore of the book, in the same way, a horror movie might have its cast play heightened characters. At times, the most terrifying images from the book are the expressions that characters are making, like the bikers from town. That sense of heightened reality is only raised even higher thanks to Bill Crabtree’s insane colors. At times, the book dips into the same color palette as a movie like Mandy, with the use of red to convey massive splatters of blood, but also the possible influence of ancient Norse magics. The way the art and color sync with one another is cohesive enough to wonder if it was always rendered that way. The colors never feel out of place or take you out of reading, which combined with the narrative pace make the book lean in on the tight horror movie pace.

Any fans of Norse mythology, horror, or even well-rendered action and gore should be putting Refrigerator Full of Heads on their pull lists. Even if you’re like this reviewer and not a horror fan, there’s still more than enough interesting and compelling art and ideas stuff into this book to make it worth the cover price. It’ll be interesting to see how the story unfolds and connects to the previous series, and just how many heads can fit in that refrigerators

Number of Heads in the Refrigerator: Without spoiling anything, there’s a head, but it’s not in the fridge.