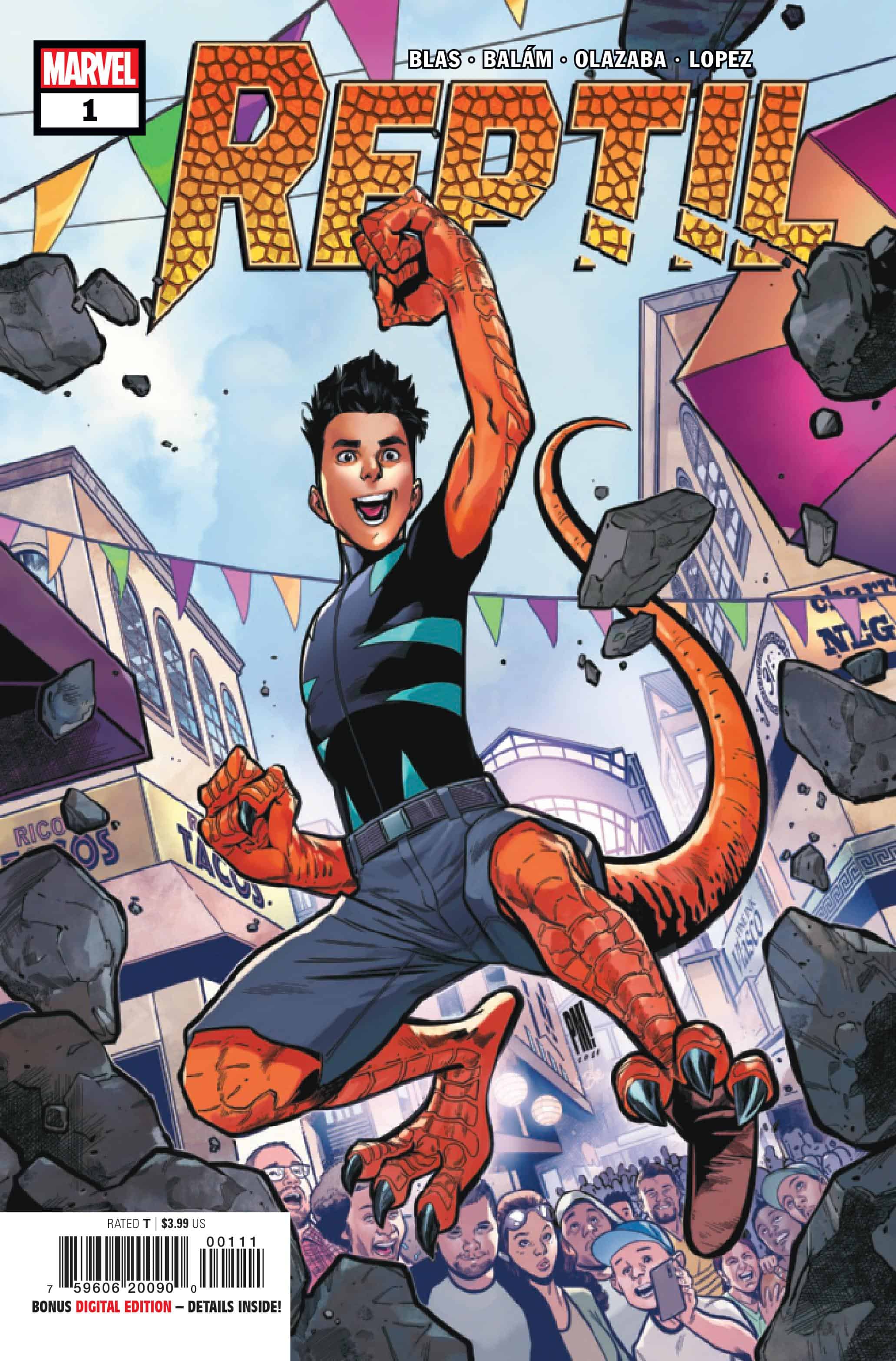 REPTIL ON THE BRINK OF EXTINCTION! In the wake of Kamala’s Law and his grandfather’s worsening health, Humberto Lopez, A.K.A. Reptil, has taken a step back from crime-fighting to refocus on his family. Perhaps it's a sign that he should give up on becoming a hero and finally come to terms with his parents’ mysterious disappearance… or perhaps not! When a mysterious figure ambushes Humberto, what unravels will shake the core of everything Humberto thought he knew about his past and will either change the course of his future—or end it forever!

With Reptil #1, Humberto Lopez finds himself the newest member of the very small group of Latinx-led titles in the Marvel Universe. And this cultural heritage of the character is addressed explicitly, immediately, and unapologetically. It’s something that is not commonly done, and having two titles on the shelves with this focused Latinx representation hits this reviewer close to home. (America Chavez: Made in the USA by Kalinda Vasquez and Carlos Gomez being the other current title.)

The creative team weaves the Lopez’s culture through every page. It comes up in their language. It shows in their clothes. It’s referenced in their plans and activities. The representation is neither forced nor is something that could be separated from the characters. It just is. 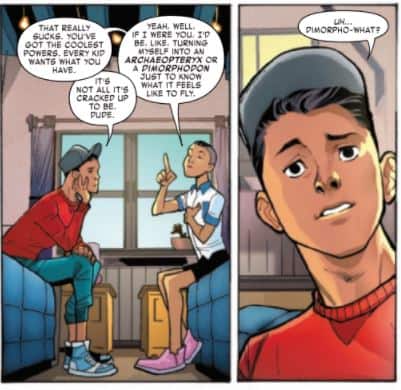 Writer Terry Blas had a difficult road ahead of him with this character – with eight years out of the spotlight, save brief appearances, and limited exposure prior. However, Blas does a good job acknowledging Humberto’s backstory before quickly putting it to the side to focus on Humberto’s family. Cousins Gloria and Julian make their appearance and show their potential to steal the show in their own ways, despite the conflict of Humberto’s missing parents being in the foreground. It did make the action scene at the end less engaging (minus some well-placed twists), but that may have only been in comparison to the tension prior. 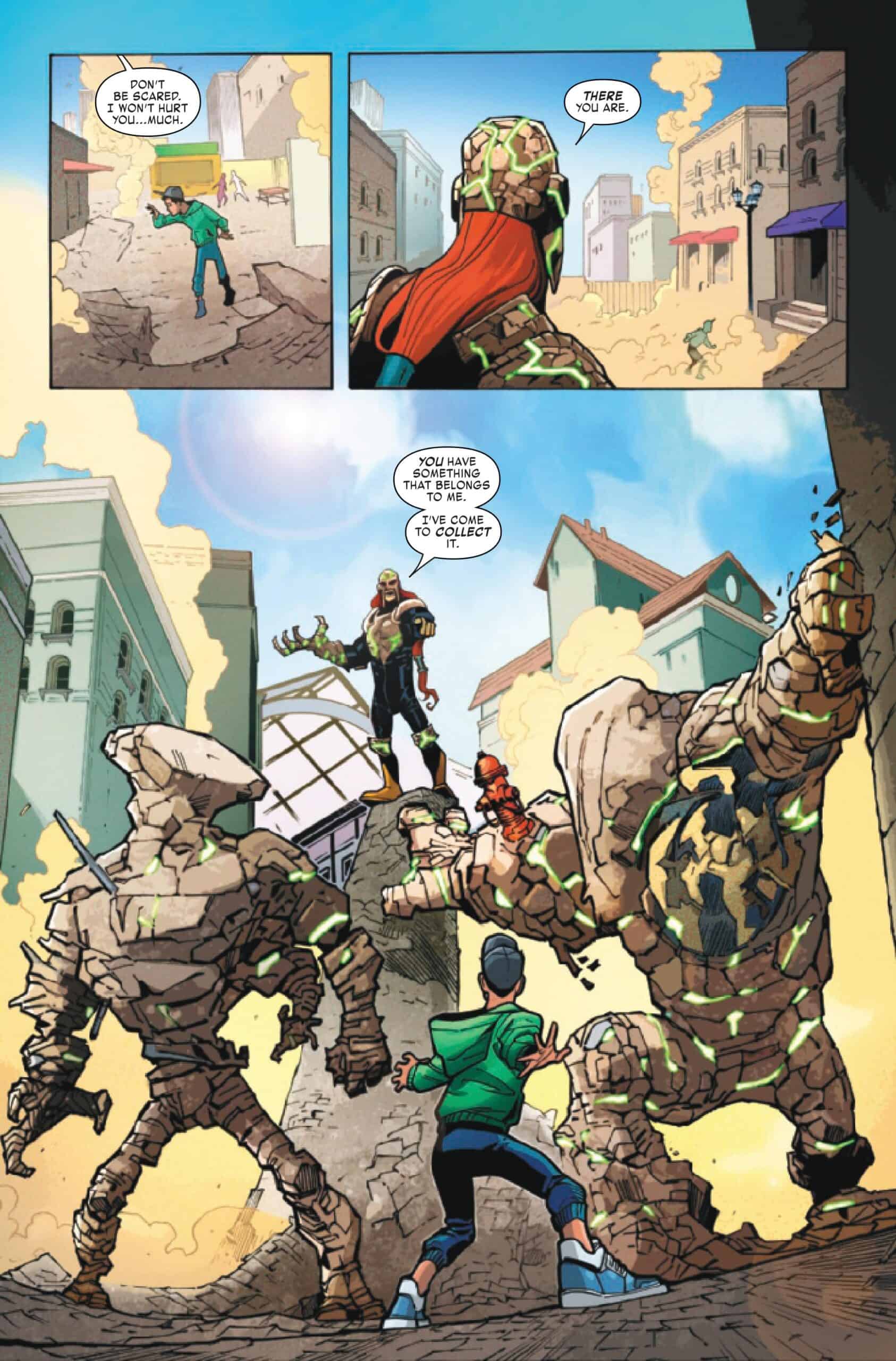 Enid Balám (pencils), Victor Olazaba (inks), and Carlos Lopez (Colors) do a good of showing the story cleanly and clearly. The dynamic scenes selected for the quick speed recap of Reptil’s history help dampen the text-heavy pages. When the tone shifts to the Lopez family, the characters’ expressions and posture say more about the dynamics than the dialogue itself.

Reptil #1 delivers a culture-rich story about an underused character that centers family into an enjoyable read.