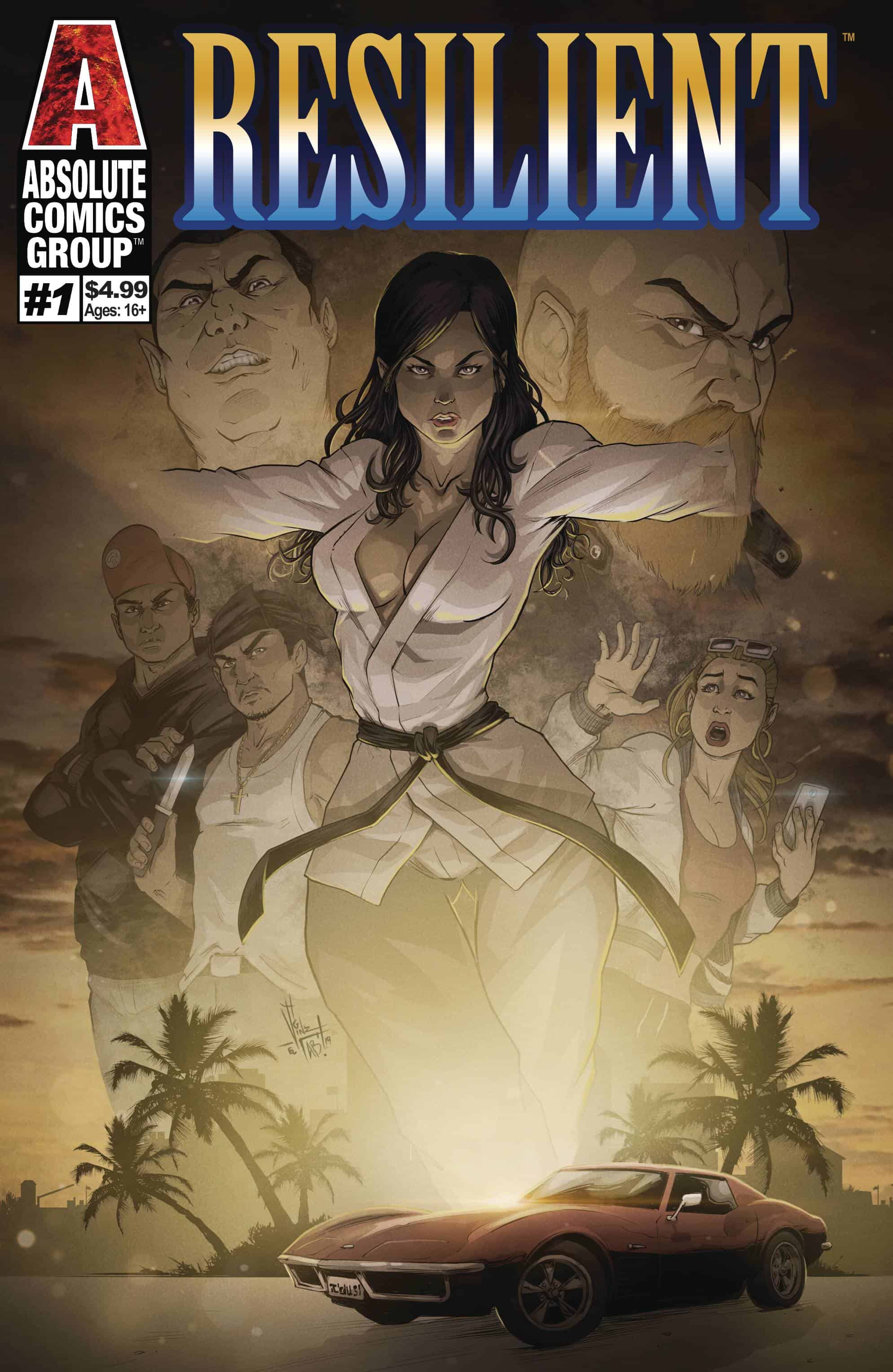 Colm and Jolanda have their issues to work on, but as their life unfolds it turns out they have much bigger problems than they first expected.

Imagine you’re sitting on the couch watching HBO, it’s super later, and this random action movie comes on. You’ve never heard of the cast, director, etc, however, none of that matters as this random action movie turns out to be pretty good. This is George Michail’s comic Resilient from Absolute Comics to a tee. Comics are a dime a dozen as are their subject matters, it’s what you do with the story and its characters that separate the good, the bad, and the great. George Michail has taken a familiar storyline and sprinkled in some real-life situations that make Resilient a story that I can easily see being an ongoing series or popping up every now and again as a mini-series.

Merriam-Webster defines resilient as tending to recover from or adjust easily to misfortune or change. Our two protagonists Jolanda and Colm are just that. Resilient. Colm, a veteran who is trying to do right by Jolanda and be the foundation of their would-be budding family, even though life keeps throwing them curveballs and they keep striking out. Jolanda whose heart and soul are just as big as her grit and determination takes on the role of a vengeful vigilante hell-bent on revenge and truth but Colm and Jolanda aren’t the only ones that we have our sights set on in future issues. We also have that pesky issue with the Mexican gang and the crime boss, however, in keeping the spirit of the review spoiler-free we will stop it there and I highly recommend that you pick up issue one so you too can find out what happens.

In the spirit of Justin Jordan, George Michail’s approach is big bold action scenes wrapped in a story you’ve read before but has a genuine feel to it, and the reader ultimately picks up on the honest intentions and knows the creator is just not “phoning it in” but rather writing a good action comic. The action genre much like the horror genre gets clogged with attempts that are nothing but rebranded stories of tales that we’ve heard numerous times before, its the ones that aren’t afraid to add their own ingredients to the mix that makes their recipe stand out from the rest. I believe Resilient does just that.

Now, are there things I’m looking for in issue two to keep the momentum going? Sure. There’s a lot to unpack with issue one and at times does get a bit busy, however, the main message of the story isn’t lost. As the stories unfold I’m excited to see how some of them are possibly interwoven in some aspect or another. Resilient was a fun comic to read and easy to get behind with a solid foundation for further issues without the worry of painting the main character in a corner. I expect big things from this title.

Indie comics are fun. The always seems to put the creative team’s hand “all-in” and bet big on and unsure thing. As dangerous as that is at times, sometimes it’s necessary to go all-in. In Resilient #1, the creative team does just that. They bet the house and win.