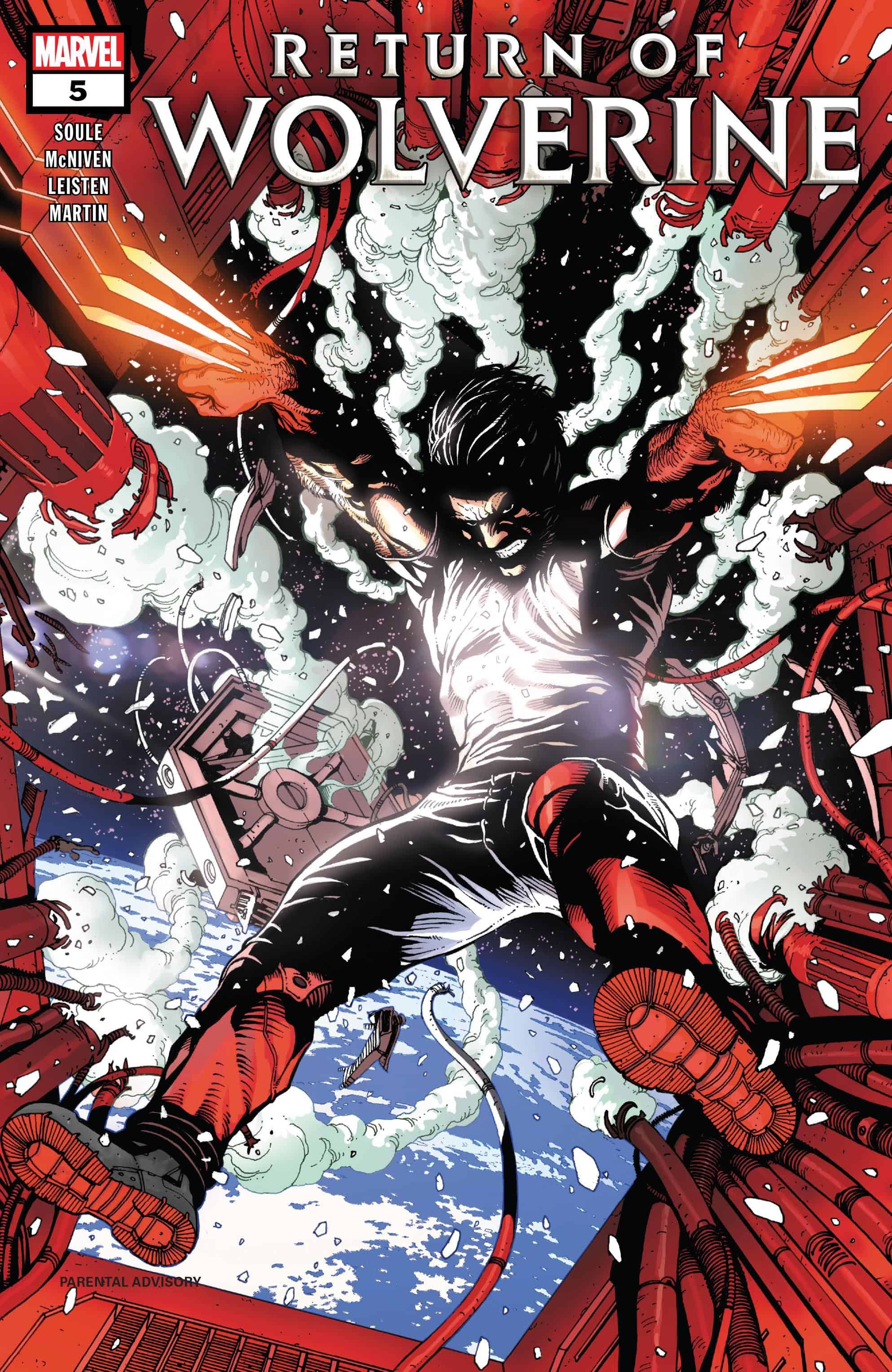 Now that Logan has risen...how far can he fall? Wolverine confronts Persephone in space and learns the nature of her plans and his part in them...

This issue is the final chapter in this story of 616 Wolverines return to life and I say 616 specifically because if you follow Wolverine across Marvel comics you will know he was popping up all over the place before, in the run-up and during Infinity Wars as well as a few other places.

Let’s start with the good. Steve McNiven, Jay Leisten, and Laura Martin deliver a beautiful looking comic, magnificently detailed with great inking over detailed pencils and a solid matching color palette. It looks like a Wolverine comic should look in my opinion and in fact when Wolverines fighting his was through Persephone’s “soldiers” I really got that HE IS BACK feeling for the first time in five issues. The paneling is tight and the fact that details like Wolverines eyes (which feature prominently in this issue) are the correct color blue all the way through really means I cannot fault the issue from a visual perspective at all. 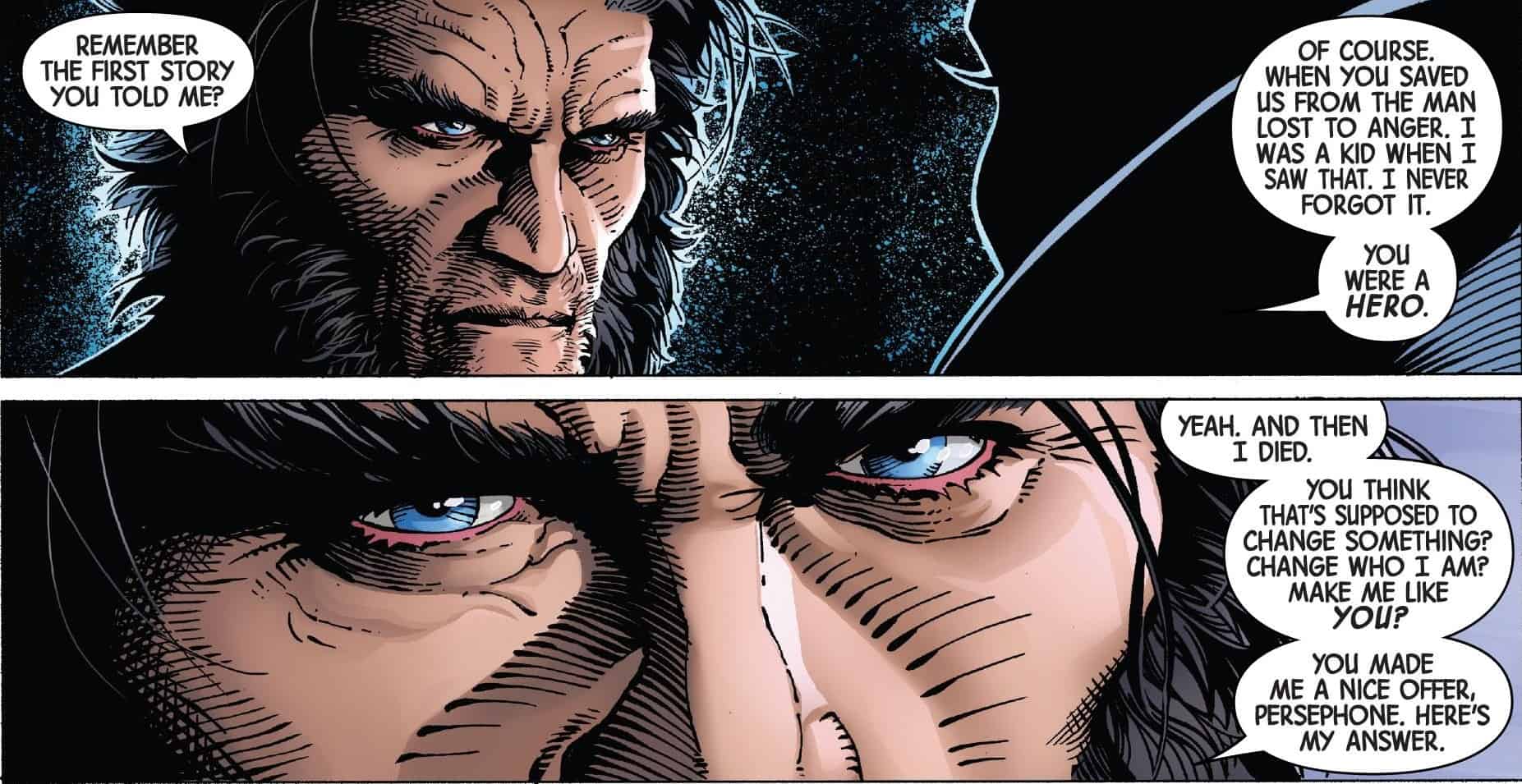 There is some decent action and we get a proper insight into Persephone’s plot for world domination. The explanation of how Persephone has soldiers with Daken’s and Omega Red’s abilities is explained but the explanation of how Logan came back with all his faculties is nebulous at best. I enjoyed the psychological symbolic freeing of the inmates in Logan’s head. I am also a fan of the villain that is Persephone and I hope she gets more air time in the future. 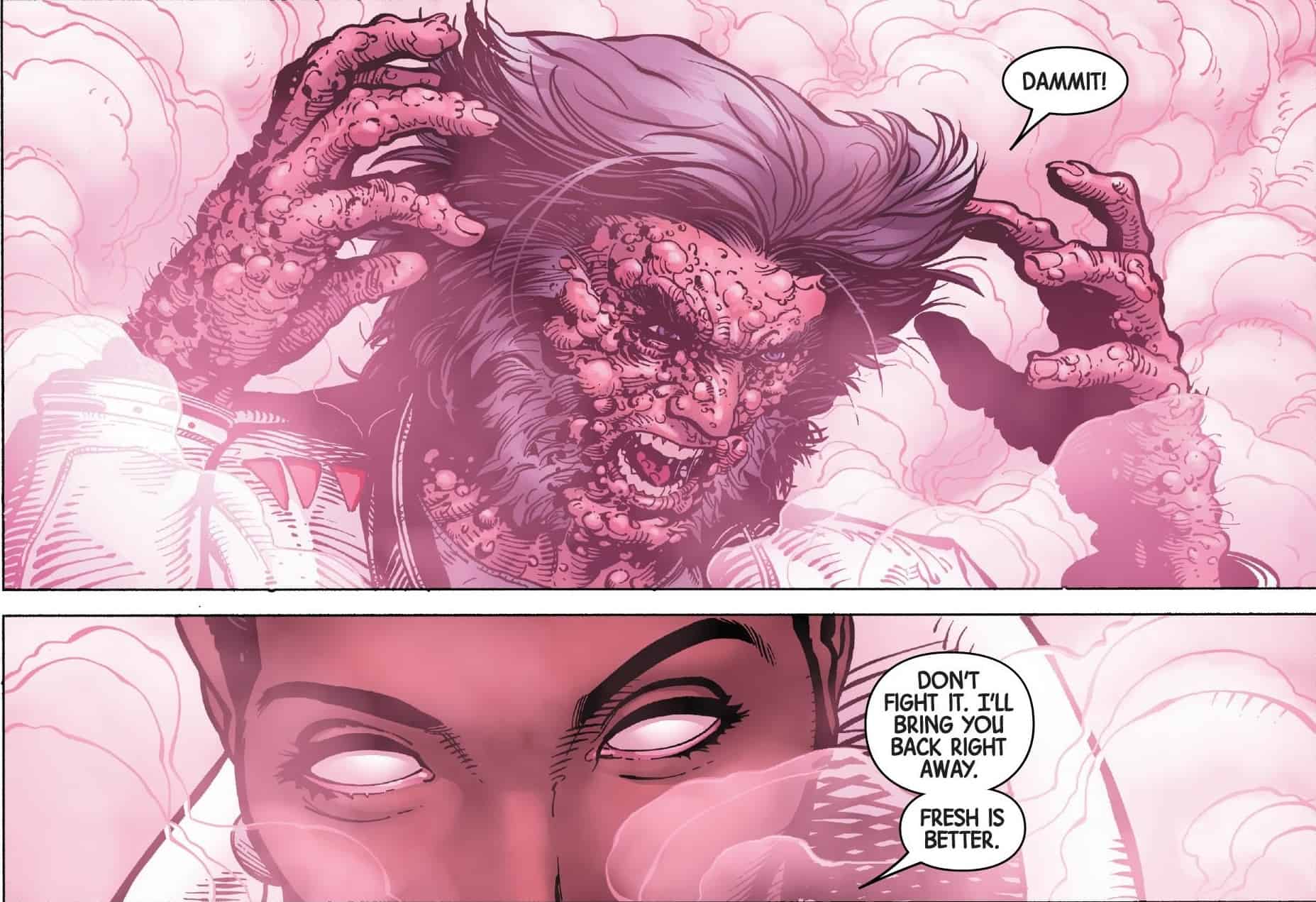 Story and writing. If I had to sum it up in a sentence… Too long with too little payoff. This is a story that could have been told in an oversized double issue one shot in my opinion. Charles Soule’s idea wasn’t a bad one per se, just not one that needed to be stretched out over a five issue arc. we could have had issue 1 condensed 2, 3 and 4 into 10 or 15 pages and added this issue and I think it would have read better. Still, this is one of the better issues in the arc as there is some great bloody combat and we get to watch Wolverine solve the problem of Persephone and her plan to rule the world the way he usually solves these things…The hard way. 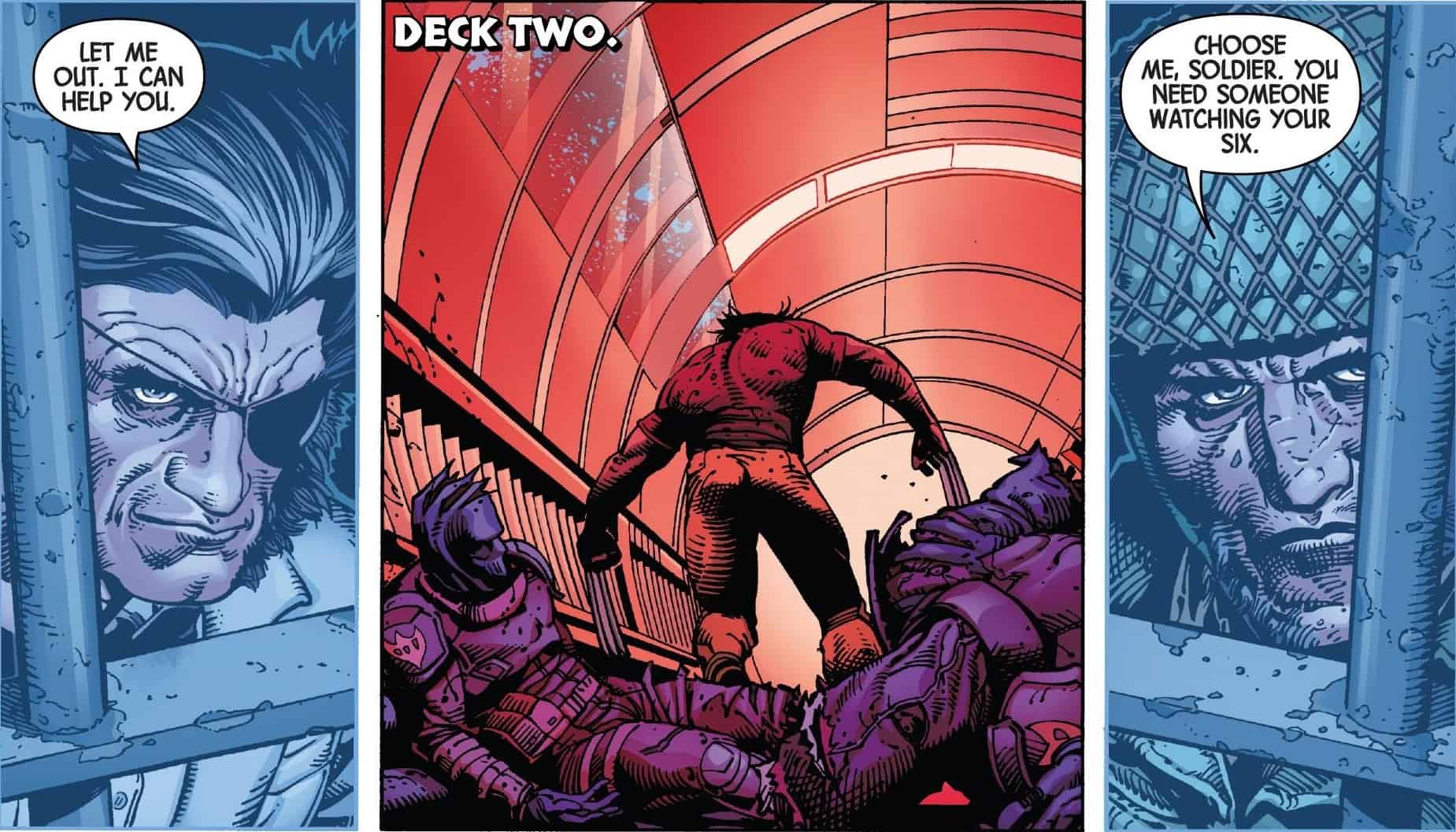 Alls well that ends...Finally. This last issue is a beautifully rendered comic that ultimately fails to impress in the story department which netted us what we always knew we were going to get... a reincarnated Wolverine in the 616. I just am not convinced we needed 5 issues to do it. 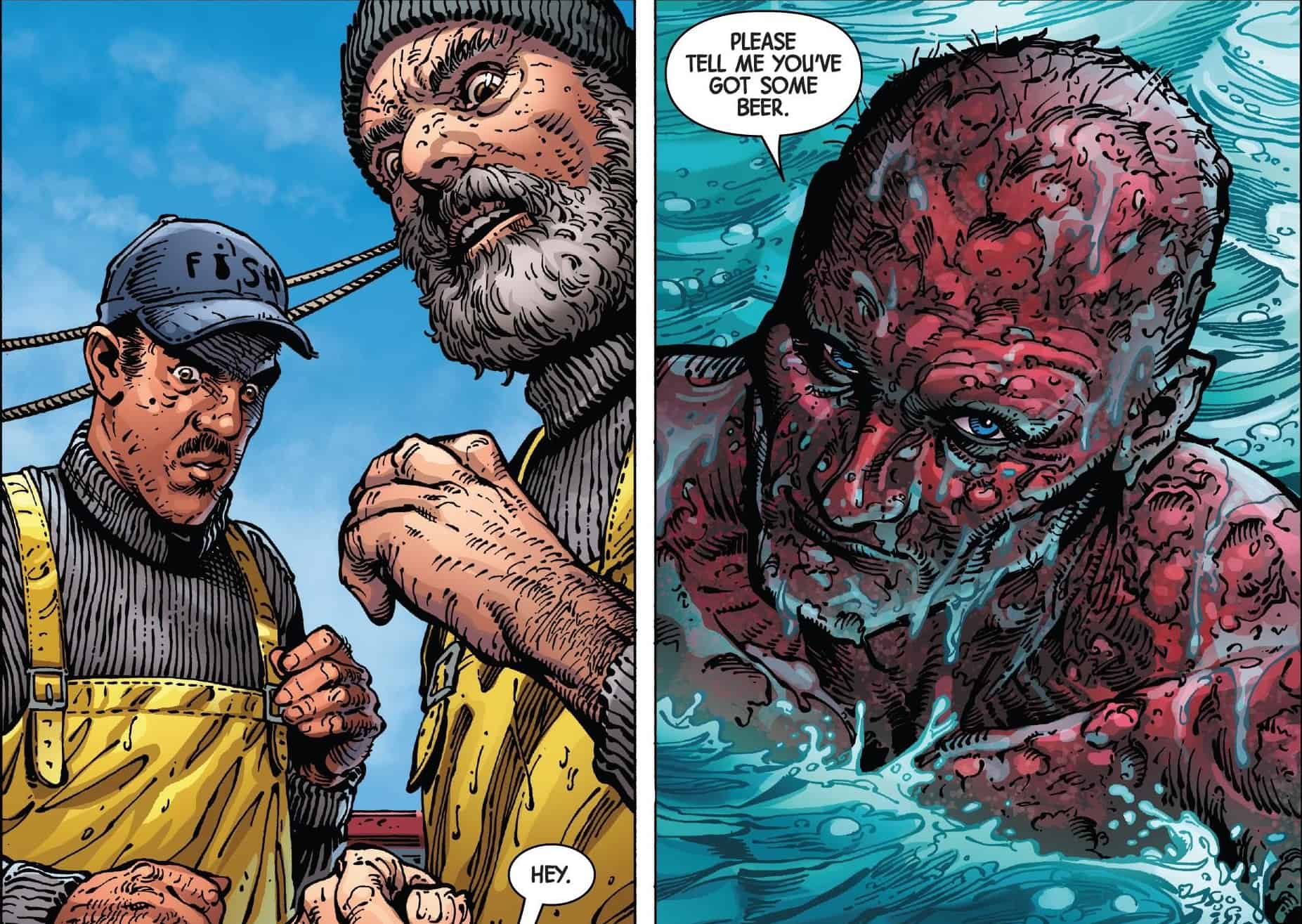