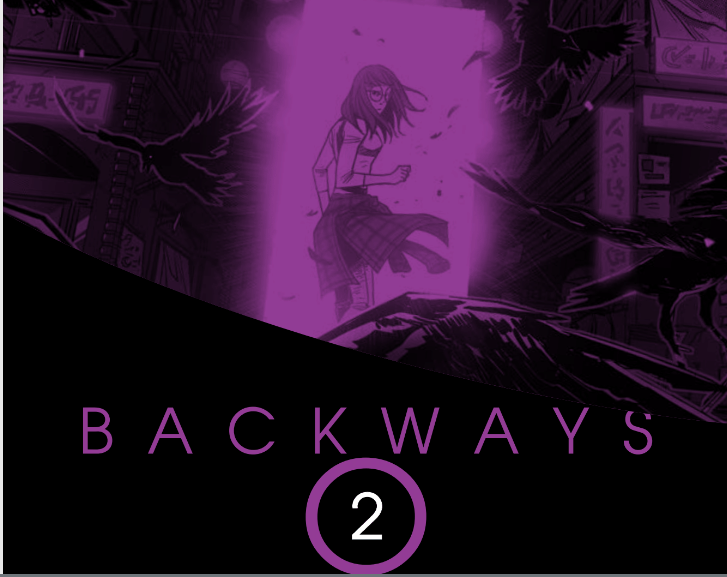 Fans of mystical titles like Alice in Wonderland or Stardust our bound to be dazzled as writer Justin Jordan (Green Lantern) and artist Elenora Carlini (Batgirl, Harley Quinn) bring you back into the enchanting and extravagant world of Backways. A dimension that holds unapprehended bewilderment as Anna Merrick, still searching all the forgotten spaces, has now entered a dimension where the only explanation for its existence is magic! 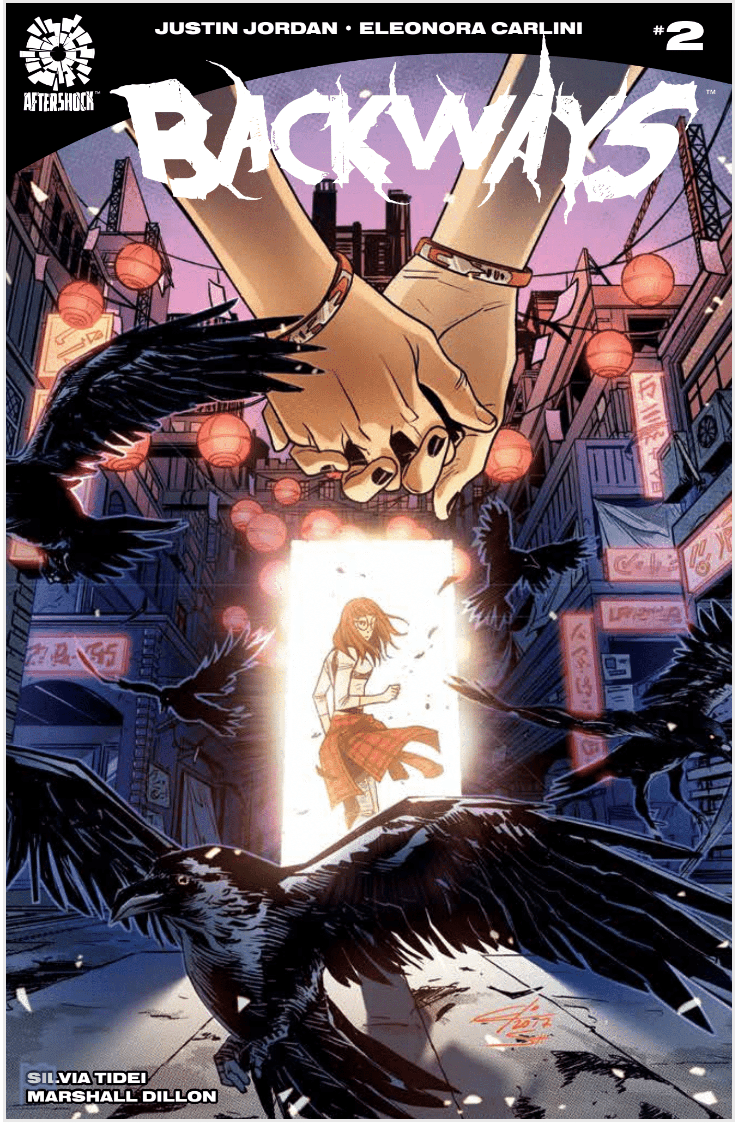 What You Need to Know:
Backways #2 Follows Anna as she brings you into a realm of fanaticism, exposing you a world she found through exploring the spaces a lot of us can also refer to as ‘forgotten’. Backways #2 convinces readers to extend their beliefs as Anna Merrick continues her search in the Backways for her best friend, Sylvia, and now that she has left the contentment of her normal life, Anna has no doubt that her interpretation and uncertainty can only be explained by the magic that charges the remarkable world of Backways.

Backways issue #1 (All the Forgotten Things: Part One), absorbed readers by capturing their curiosity for the unknown. The complexity of this two-part story transports readers into an uncharted nation that derives readers from their everyday endeavors to insert them into a world of disbelief. A world you learn to cherish because the forgotten spaces found in Backways, may lead you to believe they’re right under your feet as you hear a groan of the floorboards beneath you and for a second ponder if a doorway to a dimension of unknown proportions is waiting for you to enter. 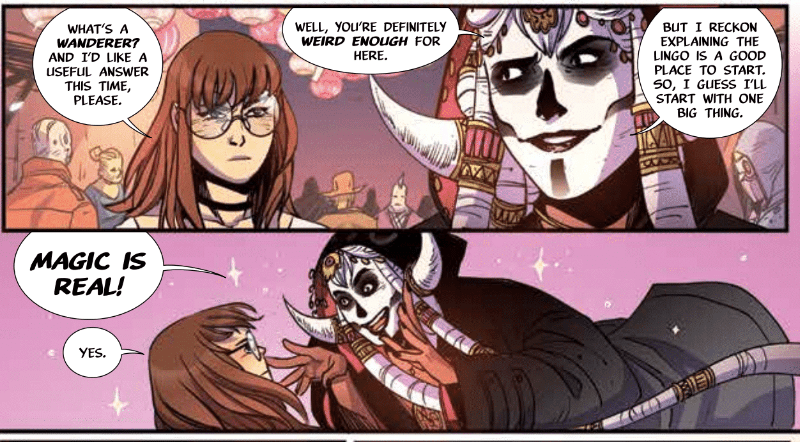 What You’ll Find Out:
Anna Merrick has chosen to pick the most obvious reason for this miraculous realms existence, magic. Though caution is advised by her outlandish guide, Coyote Bones, throughout Backways, Anna’s eagerness for an explanation may lead to more than she has foreseen. Learning new knowledge that magic is divided into “five knacks” Anna is told she can only, and may, possess one. The creators (Justin Jordan and Elenora Carlini) of Backways make their intentions evident and it is not ‘enter if you dare’. If you are willing to search every nook and cranny in a forgotten space for the gateway into Backways, only your skepticism of the enchantment that unfolds throughout this journey, alone, will be the only reason for you not to lose yourself within the pages of Backways.

What Just Happened?
Our stubborn, but understanding, leader, Anna Merrick begins to follow her inevitable path through the mystical nation of Backways. Coyote Bones guides Anna on her search for her best friend Sylvia, but as every place on earth, or beyond, may hold beauty to the eye, Coyote Bones fails to mention the treachery that awaits Anna on her crusade. With countless enemies following Anna’s footsteps, who always seem to be one step ahead, for Coyote Bones danger seems inevitable but for Anna, her unexpected undertaking has just begun.

Final Thoughts:
As much as the reader wants to be involved in Anna’s quest to find Sylvia, the environment that surrounds her begins to paint the walls of the room you opened this compelling title in. The art of Carlini stimulates your brain and the imagery demands you to immerse yourself in a world that characters from your past, like Delirium or Morpheus from Gaiman’s Sandman, would feel at peace in. Jordan is not a stranger to creating words that accent the art. With every panel and every word, you forget that you’re entering a domain of fiction. The desire you have to make Backways a genuine reality overtakes your imagination, and you begin to look in the ‘forgotten spaces’ surrounding you,  optimistically searching for a doorway into the gallant world of Backways!