Wilson Fisk is the Mayor of NY, and Daredevil has assembled a team of Street Level Heroes to take him down. One final confrontation with Fisk and Murdock! 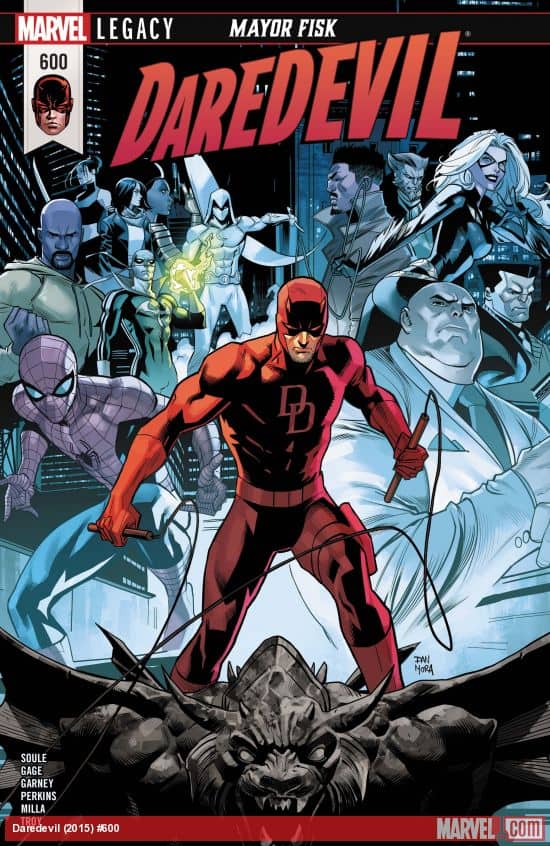 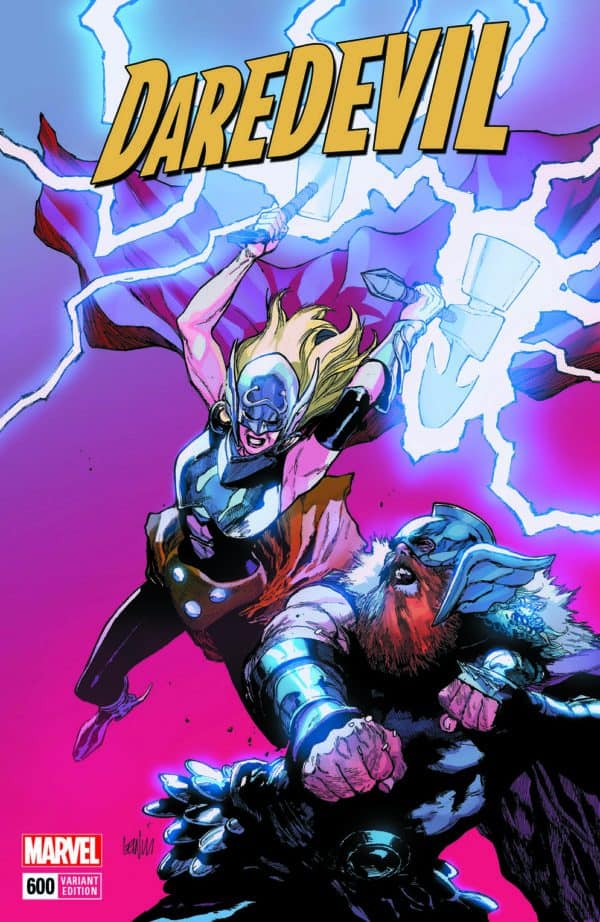 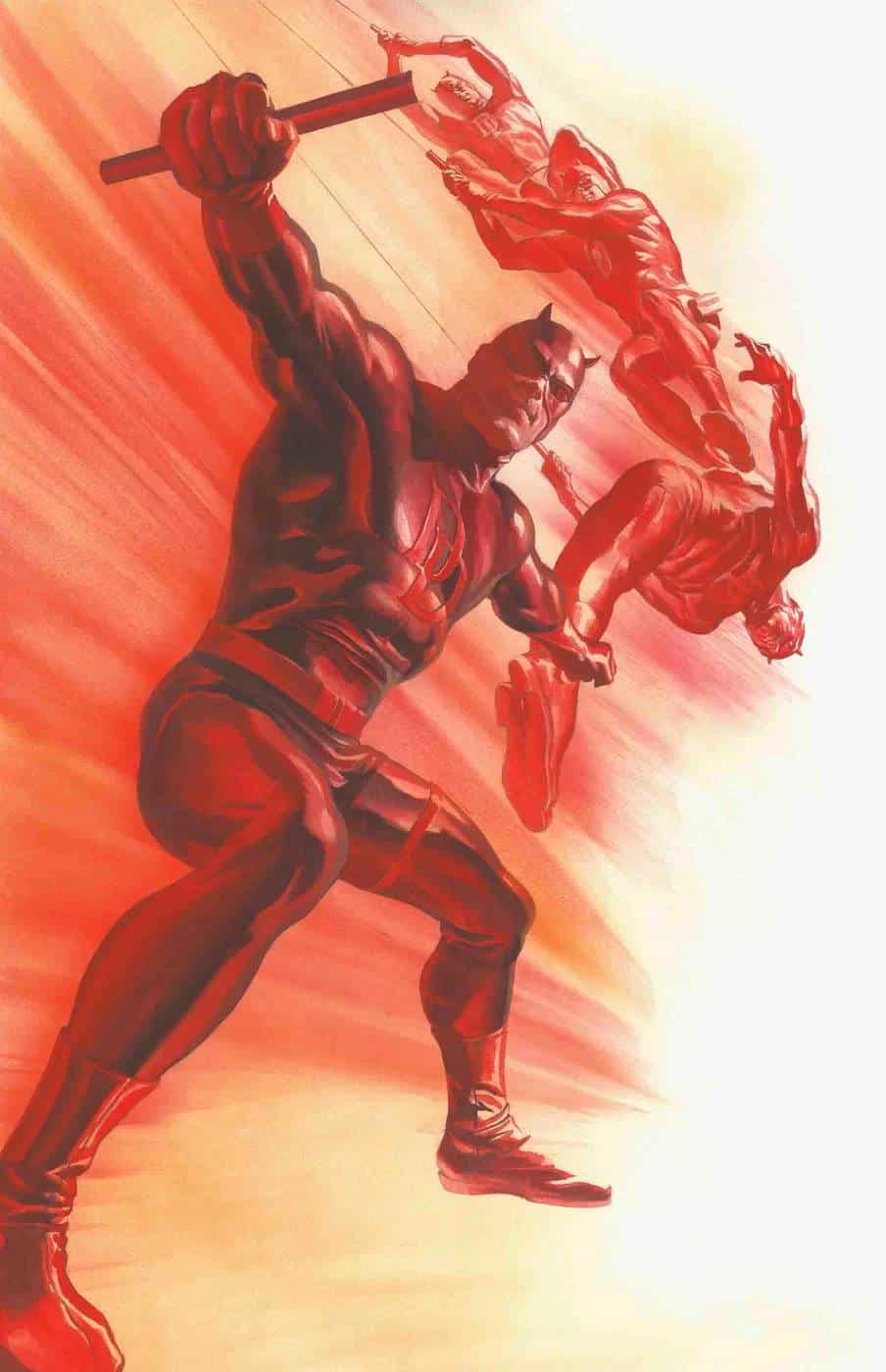 What You Need to Know:
The New mayor of New York City is the one-time Criminal Kingpin, Wilson Fisk. He has asked his rival and constant thorn in his side Matthew Murdock to be his Deputy Mayor. In a stunning decision, Matt has agreed but in order to keep track of Fisk. Fisk has decided to burry Murdock in Bureaucracy and Red Tape, so he rarely gets to see the light of day (pun intended), but Matt takes this opportunity to listen in on Fisk’s conversations and hear about his plans.

We catch up with an exasperated Daredevil who has called in some favors from a few Street Level heroes including Jessica Jones, Luke Cage, Iron Fist, Misty Knight, Echo, Spider-Man, and Moon Knight. They are there for Daredevil’s Plan to implicate Wilson Fisk with the Four large Crime Families in NY. The Owl, Diamond Back, The Black Cat, and Hammerhead. 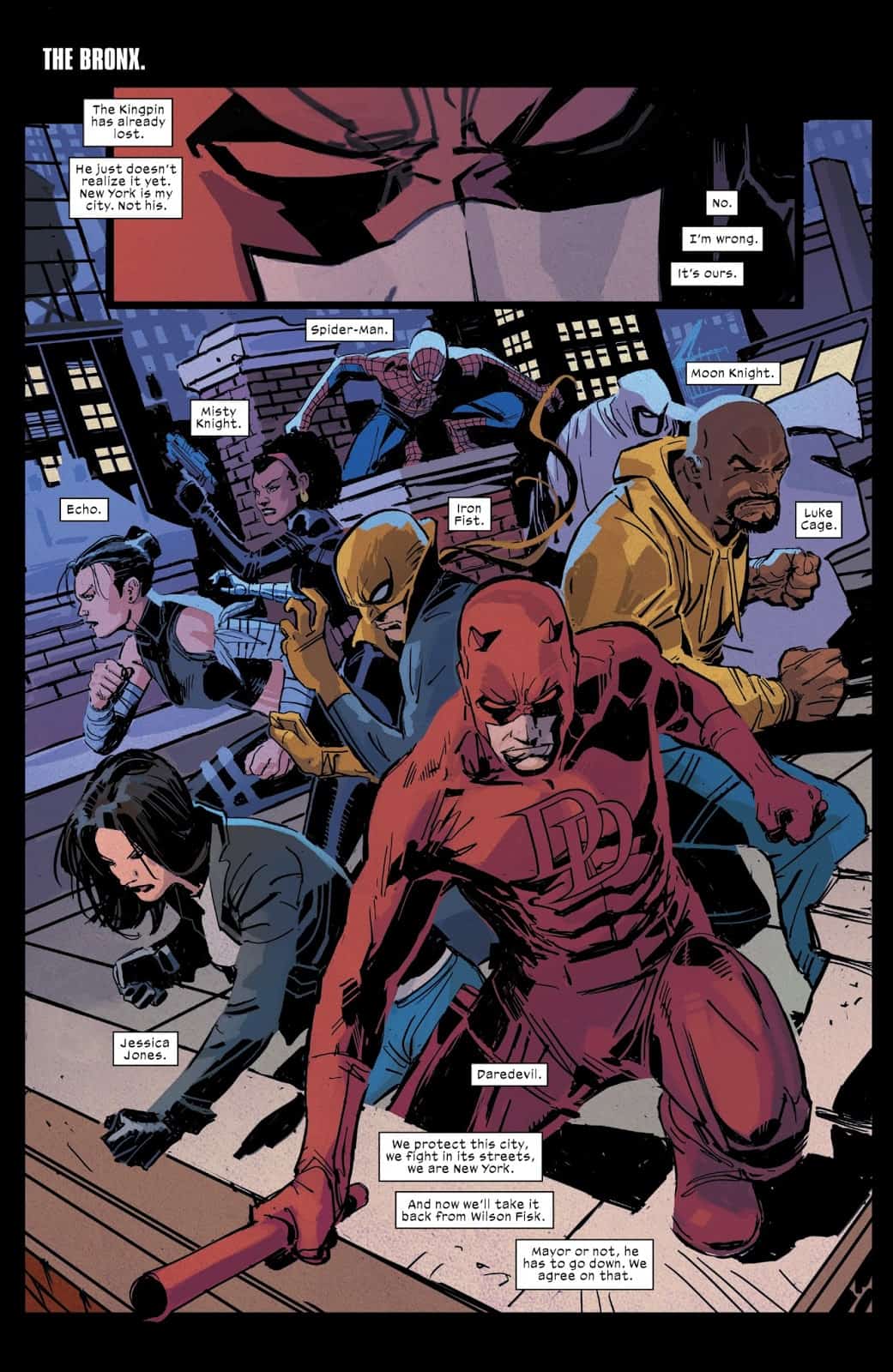 What You’ll Find Out:
Things do not go exactly as planned, and this turns into a gun fight, where the heroes are compelled to step in to save some lives. The Police, who were waiting outside step in and arrest everyone. The heroes and the Criminals. Matt escapes since he was outside waiting for Fisk to show. Spider-Man (who webs his mask sealed so no one can identify him) tells Matt to get out of there. Matt goes off to confront the Kingpin, while his friends head to jail.

Meanwhile, Muse has just pushed Blindspot off the roof. Not content to go quietly Sam reaches out and saves himself by grabbing a nearby Fire escape. 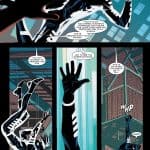 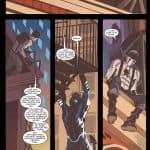 Muse is impressed, and wait for him to head back up top to face him once again. Although Blindspot is better prepared, it is clear that Muse is by far his physical better. As he breaks his arm quite casually. He drones on and on about his Art and how what he was doing was inspired by helping the Superheroes or Vigilantes. Not content to repeat a work of art, Must tells Sam that he likes his new eyes, but wouldn’t dream of repeating his art. Instead maybe his Tongue instead?

Sam hears a familiar voice in his mind. The voice of the Beast, the demon that restored his eyes. The Beast says all he needs to do is accept his power and he will live to defeat The Muse. Sam at first Resists, but then in a Burst of energy throws the Muse in an explosive Blast! 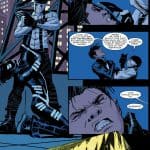 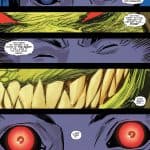 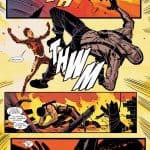 This is just the edge that Sam needs to turn the tide of this battle. As he held his enemy ready for his revenge, Sam hears once again the Beast who is Clamoring for him to Kill the Muse and take his power. Sam rejects this, but the Muse is not content to leave things so artistically unfinished, and he plunges himself into the rooftop fire. 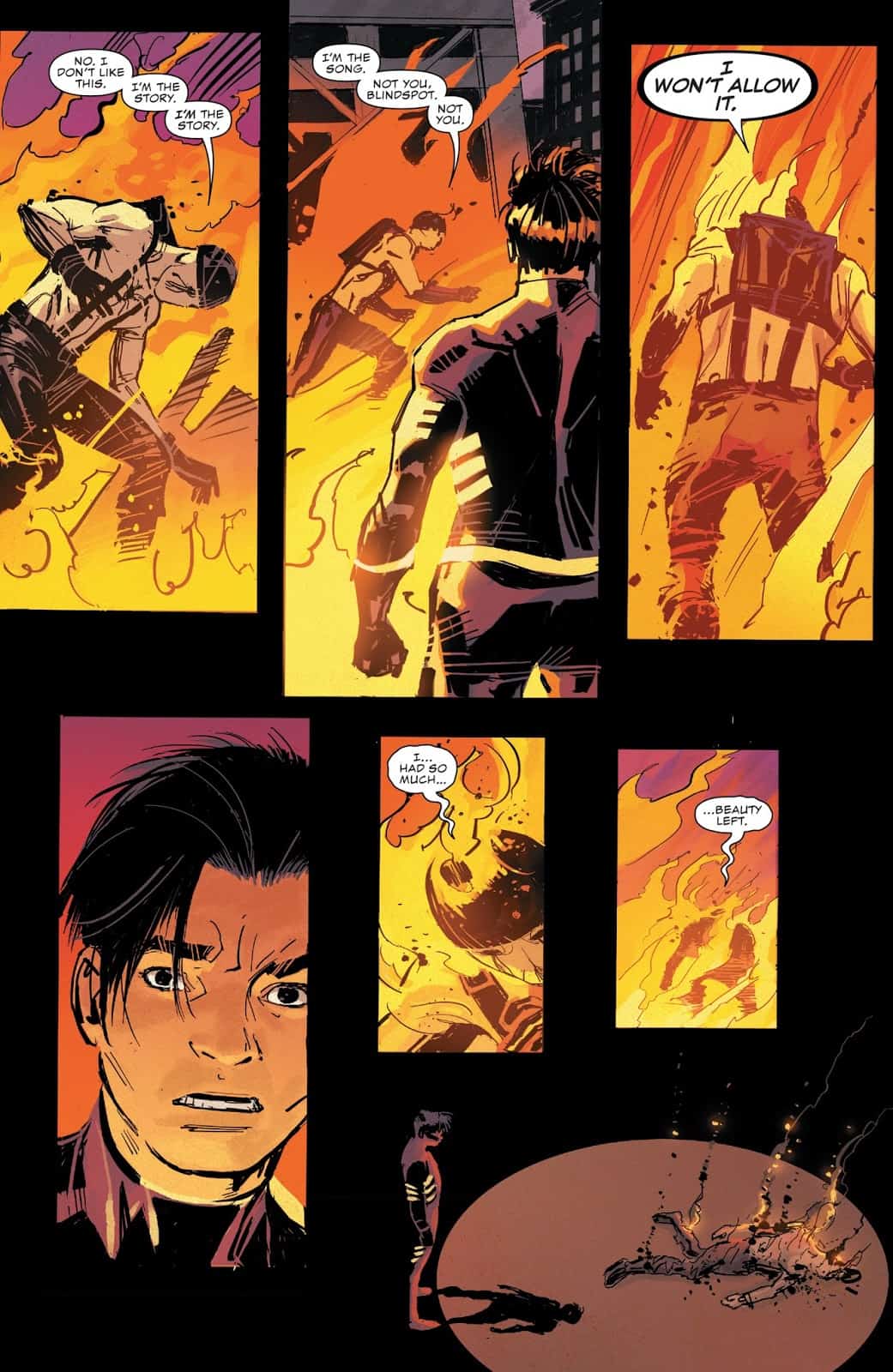 Muse appears to die among the flames, as his burnt carcass flops down at Sam’s Feet. His last words “I had so much Beauty left.” Who knows what horrible things he was speaking of?

What Just Happened?
Back at the Castle in Central Park, and eager Mayor Fisk waits for news of his plan to remove the Crime families. He gets even better news as he hears that the heroes have all been rounded up as well. Except that Spider-Man could not be identified because he webbed up his mask. But more importantly Daredevil was not among them. He and Wesley look up to the ceiling as they hear a Thump. Fisk picks up a nearby Sledgehammer and knows that he will find Daredevil waiting upstairs on the roof. He tells Kingpin that his plan will not work and that he will not lay a hand on him this time. As Fist tries to hit himself with the Sledge Hammer, Daredevils steps in to stop it, and Fisk brutalizes him for the gesture. No good deed they say…He then sets the authorities outside on Daredevil to arrest him. 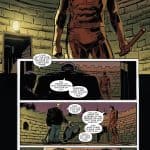 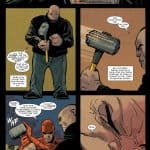 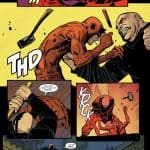 Fisk steps on the stage at the Rally and he starts his speech about how New Yorkers can overcome anything together, Just then he is shocked by a single arrow, followed by others to his back and mid-section. The Mayor has been shot, and the Hand Ninjas set in on the Rally of nearly 200,000 people in Central Park! 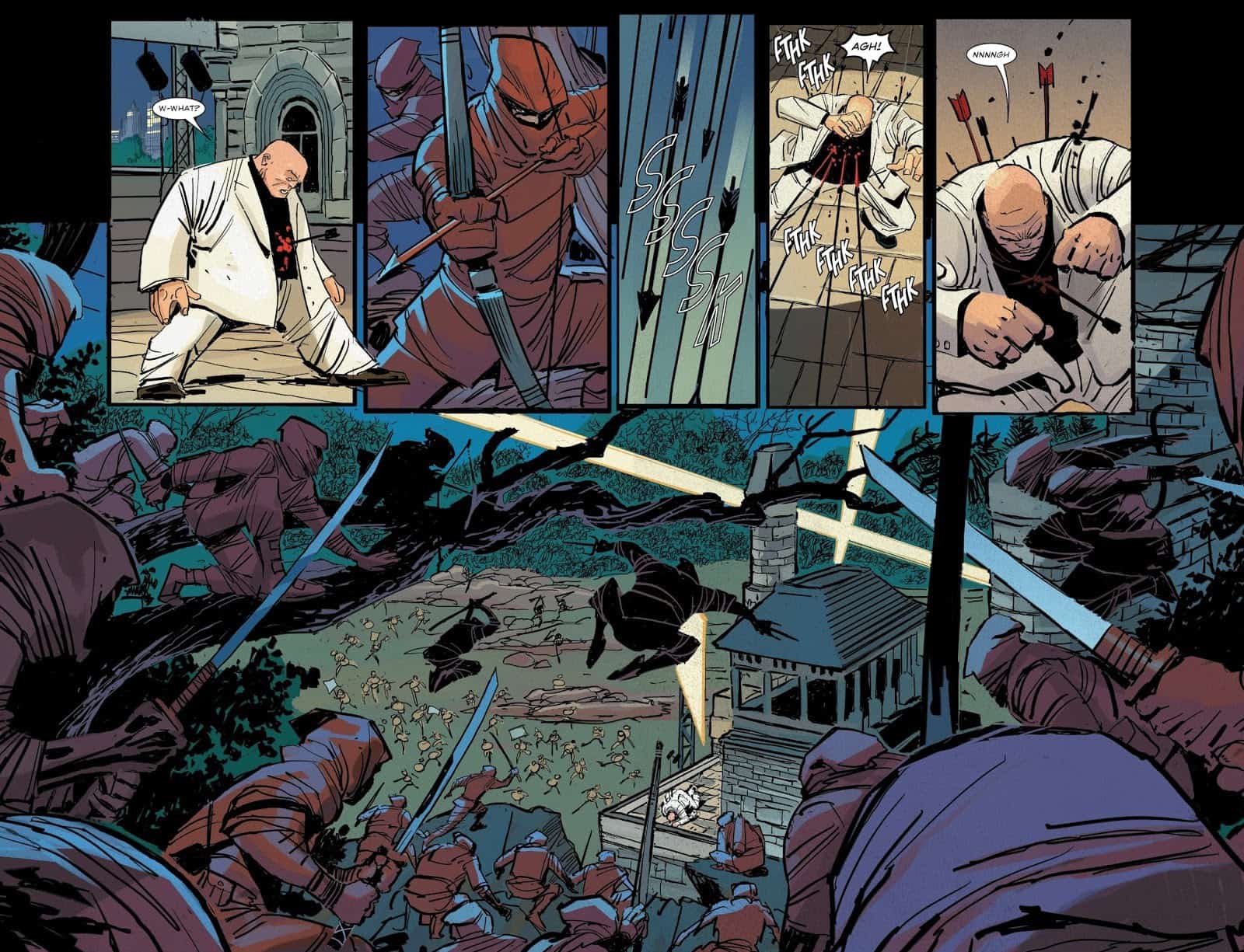 In a stunning twist of Fate, while Daredevil waits in the Police Van, Steven our boring Intern from City Hall tells Wesley the line of succession was changed during the prior administration. That the Public Advocate does not take over for the mayor, but in this case, it’s the Deputy mayor, Matt Murdock! To be continued…

Finally, there is a lovely back Up story here about the Foggy Nelson and Matt Murdock Friendship. It’s gorgeous. 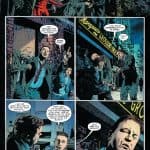 Rating: 9/ 10
Final Thought:
The story of how a man who has it all wrapped up was too big to fail and was undone by his own Hubris. Simply put Wilson Fisk planned and out-thought his opponents, he set up his Gambit and was undone by the Hand. In his efforts to remove the heroes of NY he took away the only protection that kept the shadows at bay. Fisk also let Daredevil into his house, when he asked Matt to be his deputy Mayor, and then in combing through the tedious policies, Steven the most boring of characters turned the tide by discovering how Matt would be Mayor as the Deputy Mayor.

This is a rich story of betrayal, cunning plans, revenge and has an amazingly beautiful recap of the Foggy Nelson and Matt Murdock friendship, in the end, Back-Up story. We have foreshadowing from the Beast inside Blindspot, and the Mayor who is gravely injured has handed control of the greatest city in the world to his Archenemy! Stellar writing from Charles Soule. The Backup story art is breathtaking, but the art from Garney seems too close to the Frank Miller Claus Jannsen style of the mid 80’s and I would prefer it to resemble the Cover art more. All in all a great tale and #601 should be an exciting story!