Batman is back with the team, an he has some new problems to throw their way. The Team rebuilds Headquarters, and meets their newest Challenge, Lord Havok! 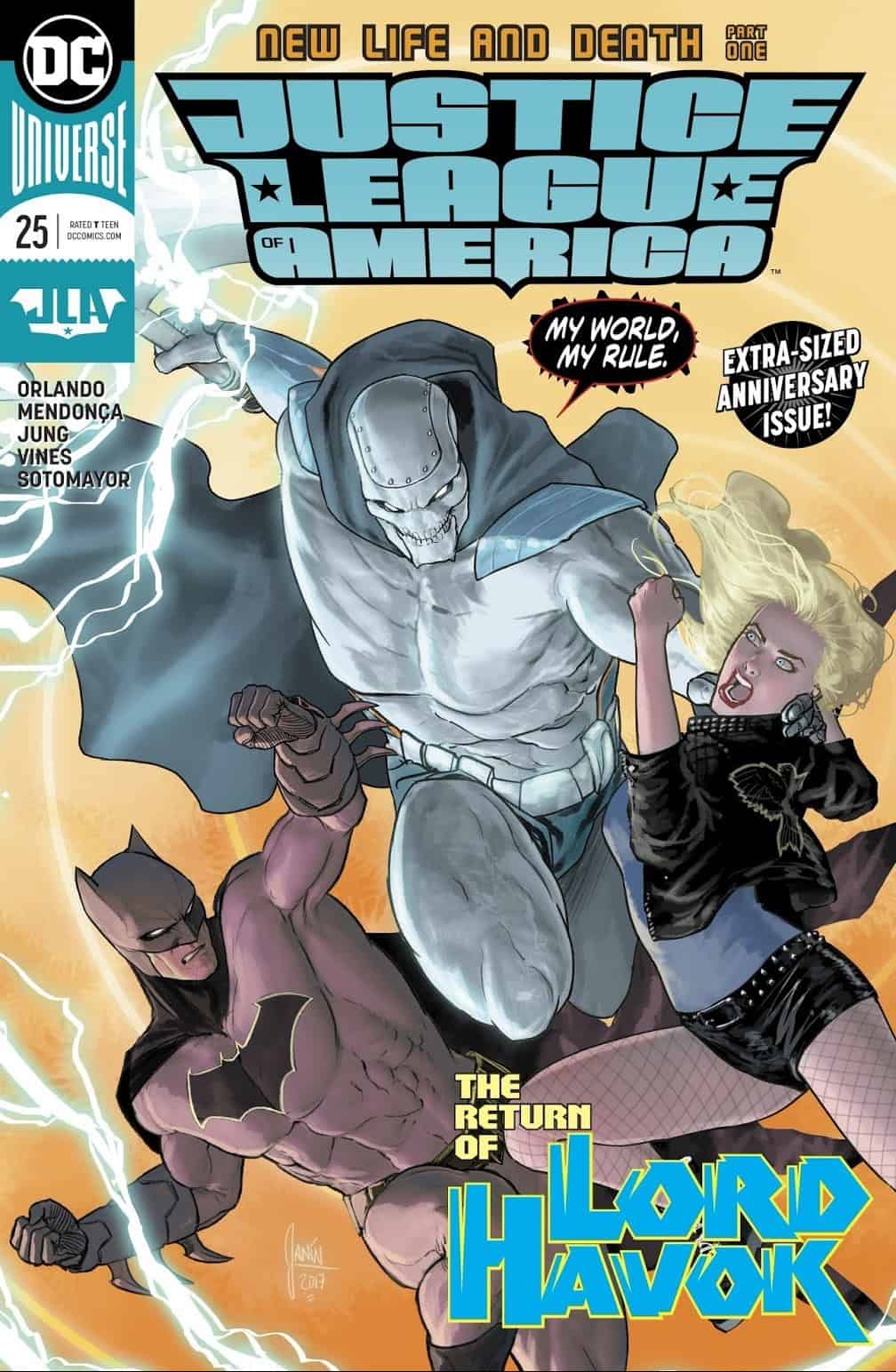 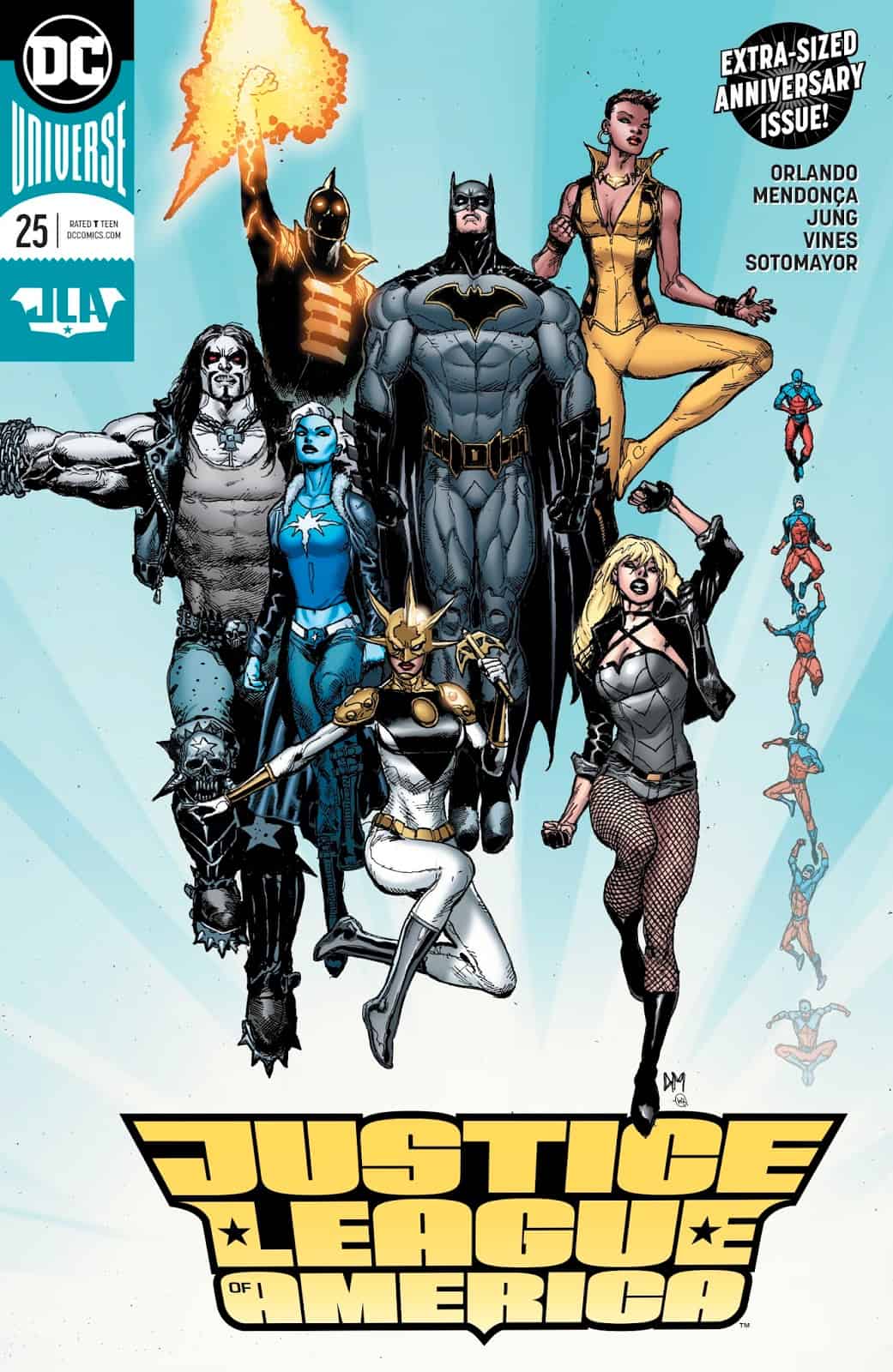 The League has successfully survived the Queen Tsarita ( The Might beyond the Mirror) and now returns to their status Quo, yet they are in need of new Headquarters, as Mount Justice has been destroyed. The Team is bringing together Scientists to help, and The Ray Appears and introduces the League to Aztek.

Batman returns to the team with a guest, professor Ray Palmer. He tells them how he believed that the Multiverse was connected through the Micro-verse, and he can back up the claim. They are concerned by the presence of the Dreamslayer.

What You’ll Find Out:
Black Canary is upset and reminds Batman that he placed her here to be a conscience for the team, and to keep Batman himself Honest. She deduces that they are going to Angor, the Parallel Universe where the JLI tangled with Lord Havok many years ago). She does not give Batman a choice and joins him and Dreamslayer.

He tells them the story of how his world was set to Rubble and the conflicts that destroyed it.

We find out that Lord Havok’s wish from the Might Beyond the Mirror actually save this Planet. A noble endeavor indeed, as we see the most powerful being called the Adjucator. He is preventing Dreamslayer from rebuilding Angor. He pleads that he has brought Black Canary and Batman to help.

What Just Happened?
Turns out that Batman has had this plan all along, to heal Angor. He sent Ray Palmer through the Micro-verse to seek out the lost heroes of Angor. With eventually the heroes assembled, they gained Dreamslayer as an ally in their fight against the Adjucator.

They try to appeal to the Adjudicator, and as these things tend to go soon they are attacking him. Canary and Batman wait as Dreamslayer is despite his immense powers set upon by the large foe. They attack a crystal sphere and Canary shatters it with her Cry.

Batman and Canary have a back and forth conversation about the morality of putting Lord Havok back in charge of this world, and we find out that Batman had promised Havok that he would save this world of Angor. Canary is the moral voice of reason and tells him that this is not their world, and they have no right to make the decision, no matter how many lives they will save. A Change comes over Dreamslayer, and he writhes in pain as if his body is being ripped apart, and in his dramatic style, Lord Havok emerges from a portal within the Dreamslayer. Ever happy to exchange threats to his enemies, as he has returned.

Rating: 8 / 10
Final Thought:
A much better story, and the building upon the foundation of previous story arcs. A good tie-in, but unfortunately not much for the rest of the team to do.I enjoyed this story, but it reads more like a Batman crazy weekend story than a Team Book of supporting characters. A good fun read, that picks up on some old nostalgic notes, and introduces Lord Havok and the Extremists into the Rebirth Universe.