REVIEW: Rogue & Gambit #1 (Trapped in Paradise with You?!) 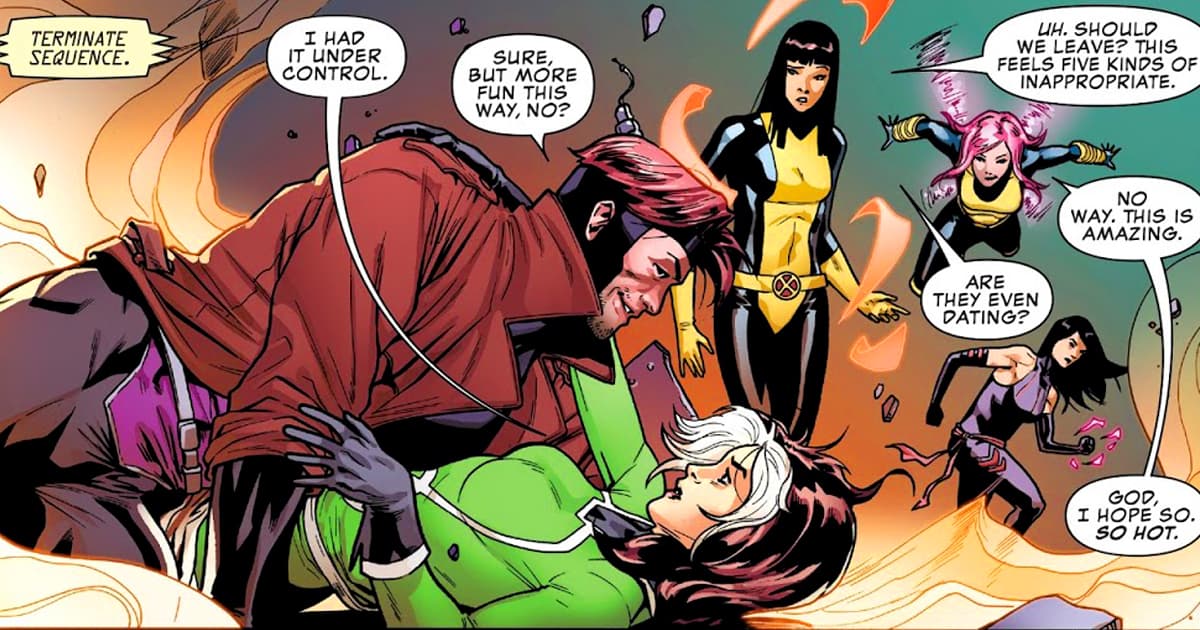 RING OF FIRE Part 1! The Legendary (e)X-Couple are forced to work together on an undercover mission to find kidnapped mutants! Can old flames burn again? 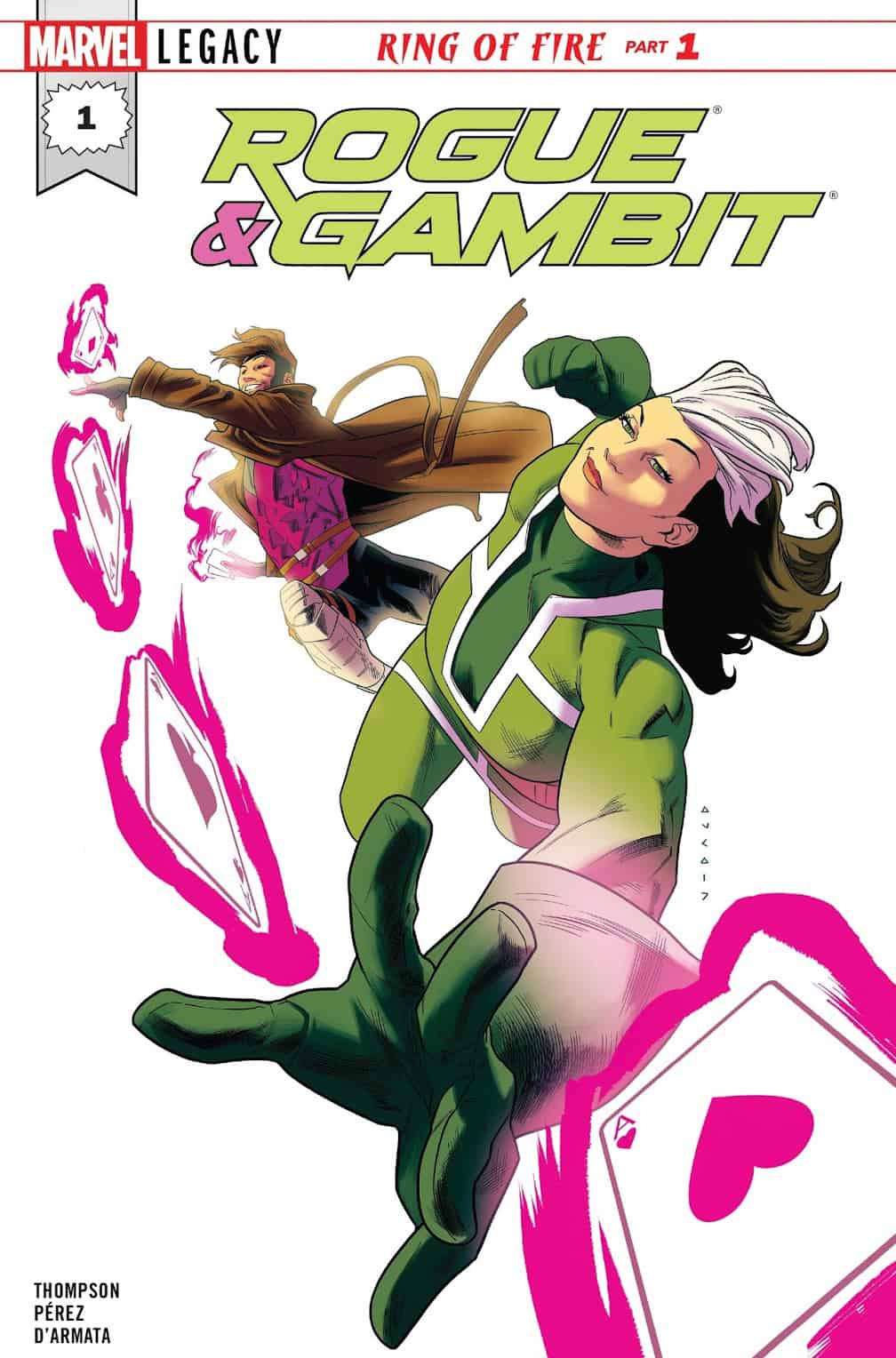 What You Need to Know:
One of the X-Men’s most popular power couples, Rogue and Gambit have had quite the roller coaster romance since their first date in X-Men #4 (Jan. 1992) to their first kiss in X-Men #41, but this on-again/off-again love affair just got more interesting. With Rogue a reserve member of the X-Men while she spends her time leading the Uncanny Avengers, and Gambit on reserve status as well, and following wherever adventure takes him, the couple now find themselves working on a mission for Kitty Pryde, alone, together.

What You’ll Find Out:
We see a brilliant sequence showing moments in Rogue’s and Gambit’s time together, but it’s not clear if this is an introduction to the couple’s history or an actual event that takes place in the story. 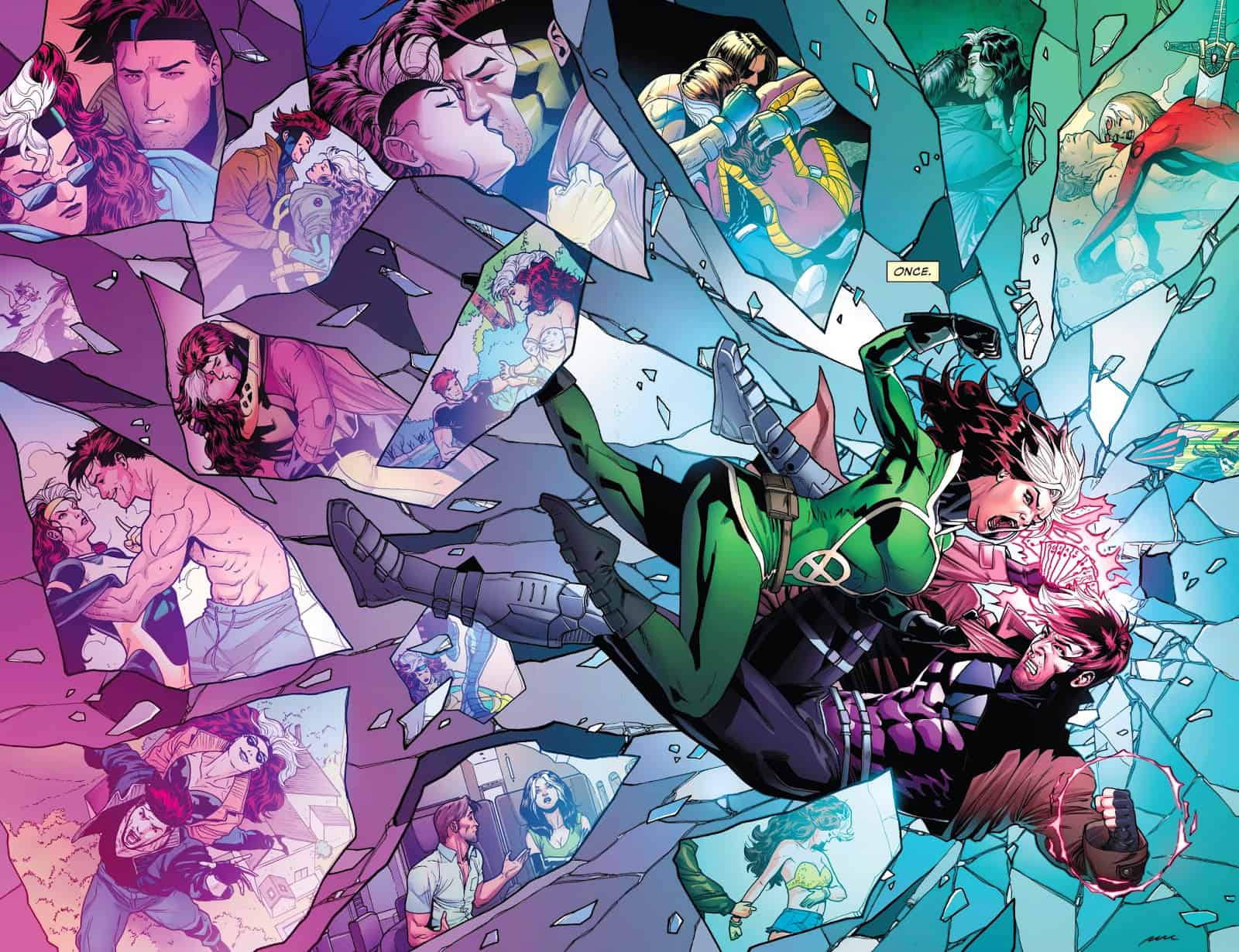 Sometime in the past, three mutants are running for their lives in Cuidad Paraíso. They won’t escape. A woman with glowing eyes has taken mental control of them. 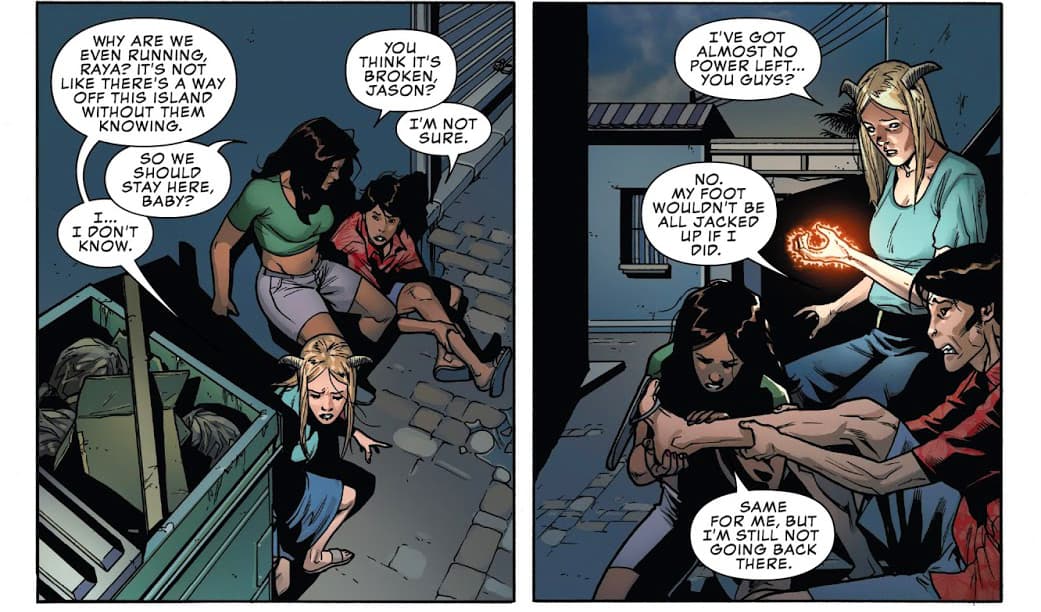 Back to the present day, as Remy LeBeau enters the Danger Room operating room at the Xavier Institute for Mutant Outreach and Education. 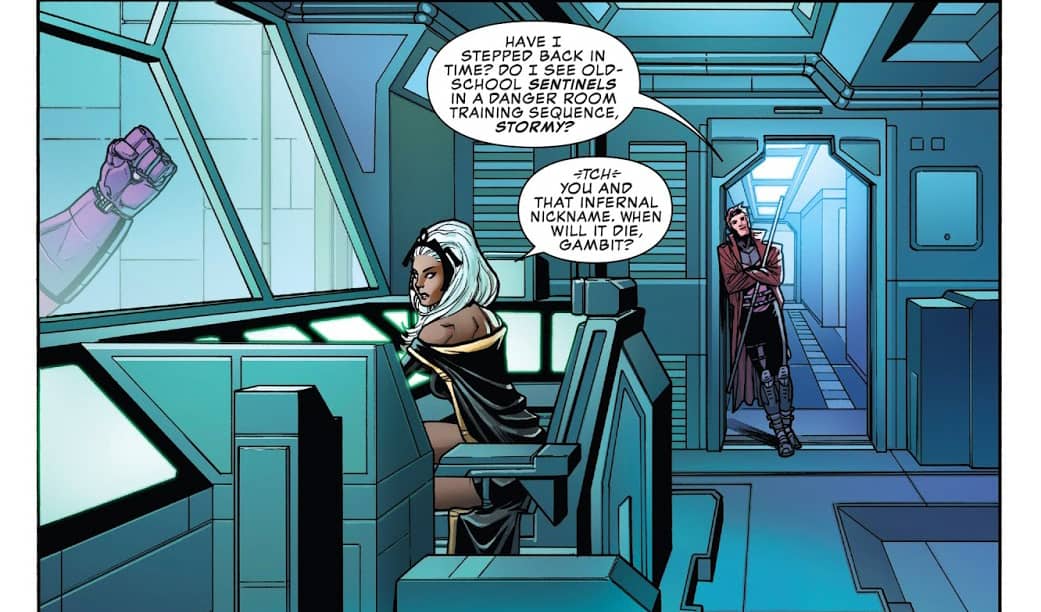 He jumps at the opportunity to join in on the session as soon as he hears Rogue, his erstwhile girlfriend, is in there. 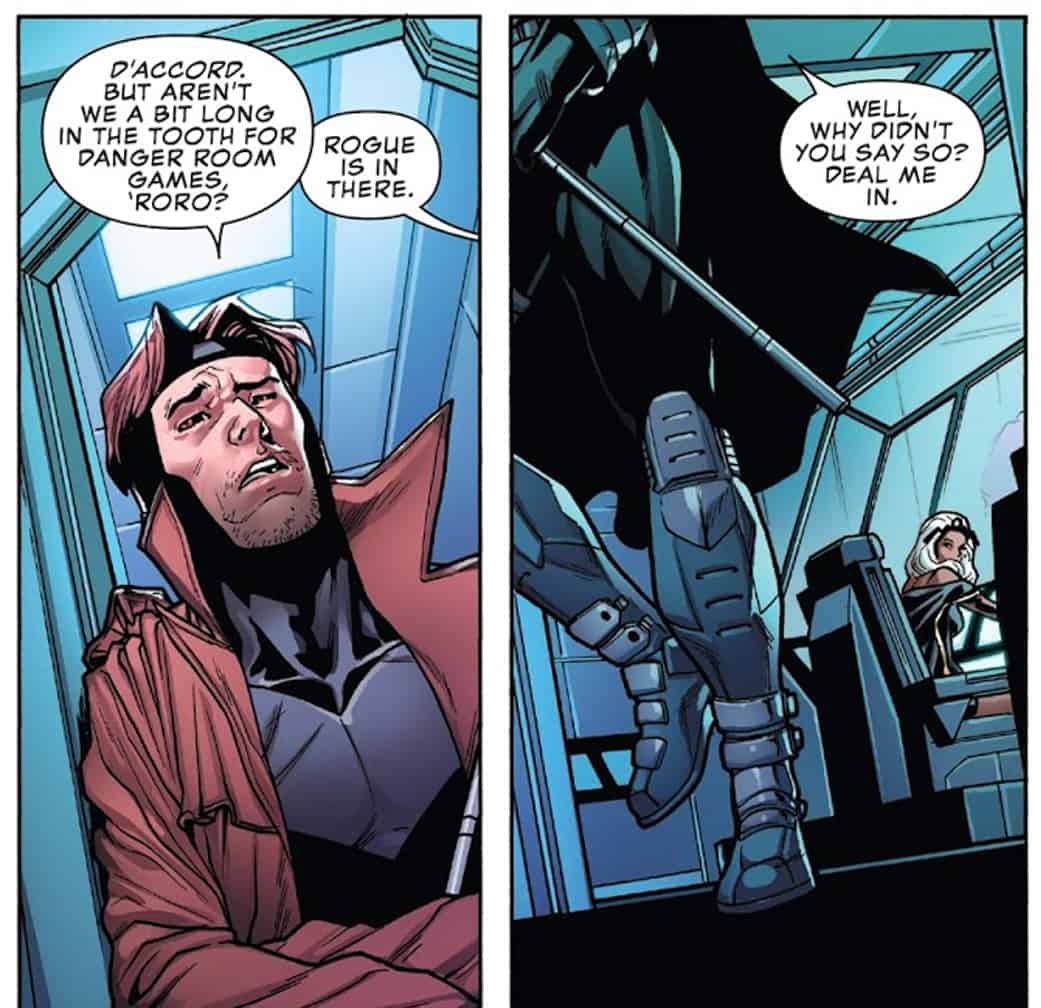 Trying to stave off Gambit due to their history together, Rogue is happy to get an excuse to leave. 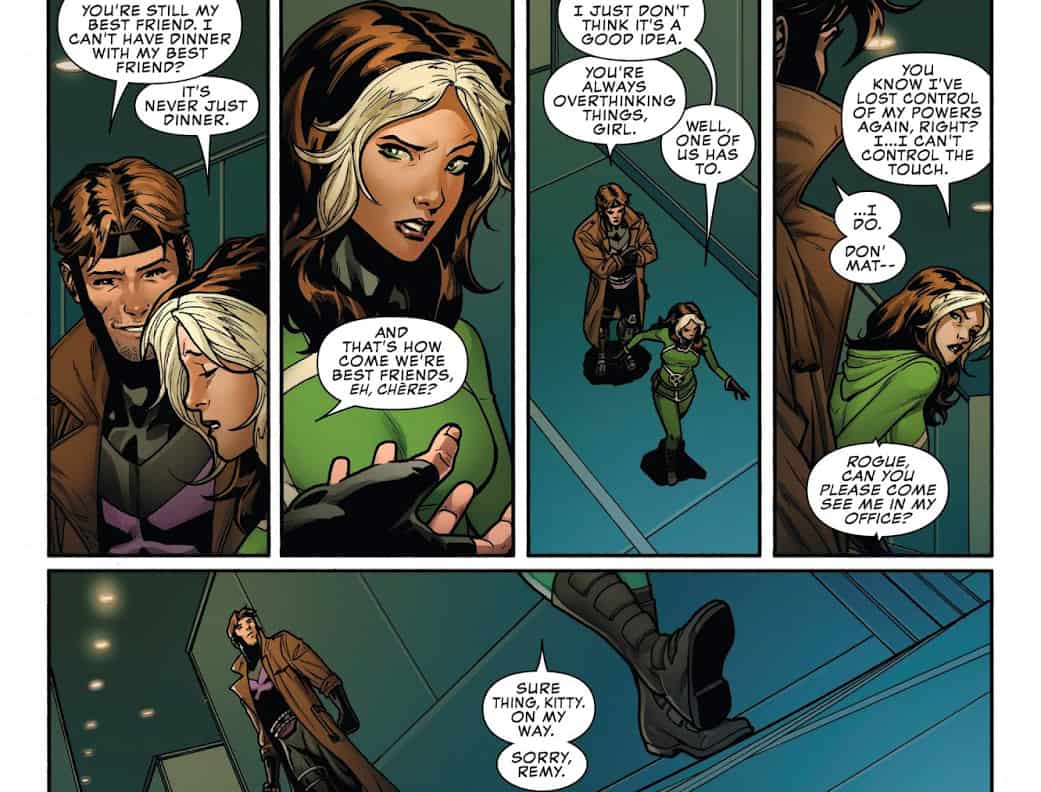 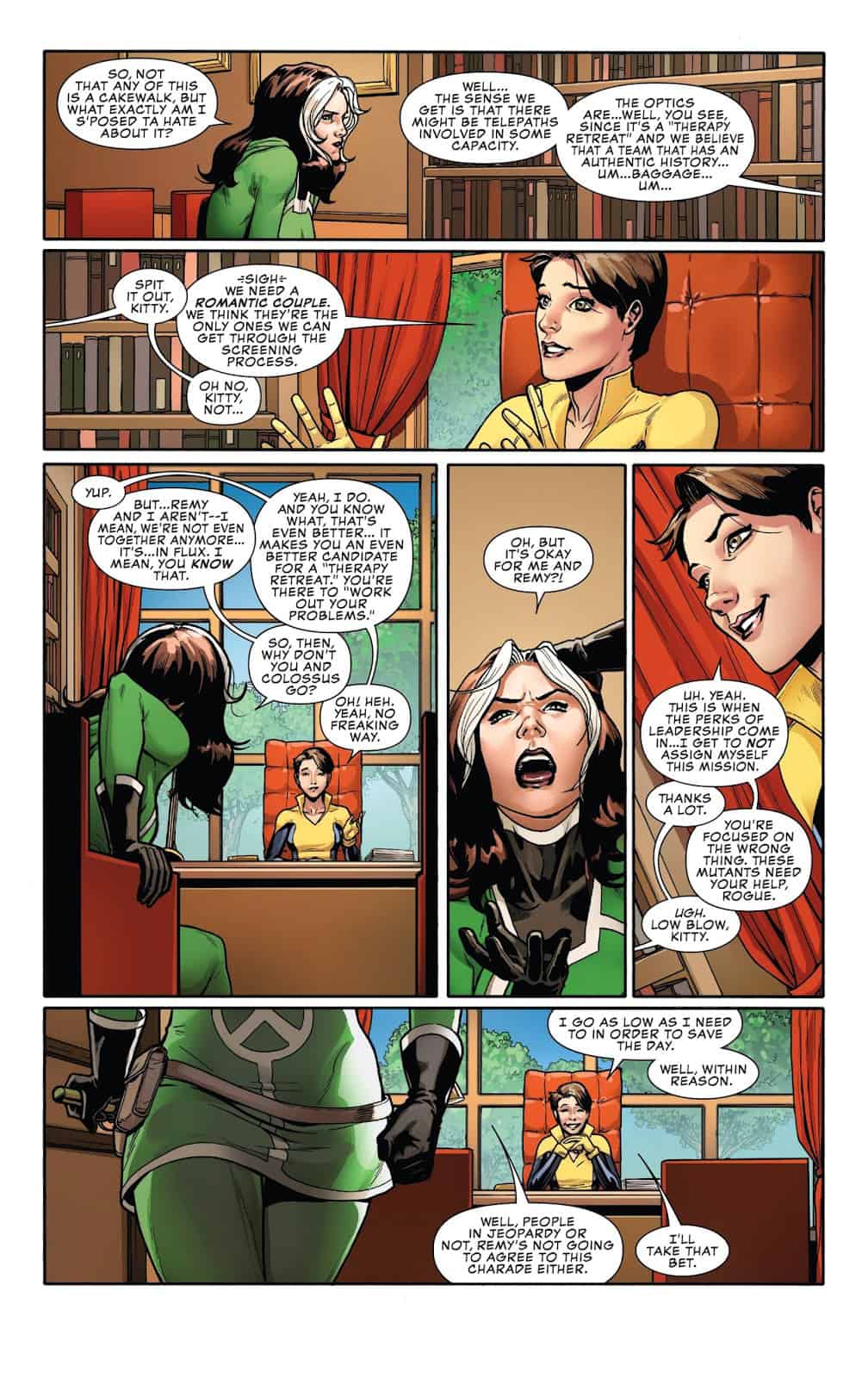 Heading over to the island of Paraíso, the former lovers bicker about Deadpool with each other.

It just gets better for poor Rogue.

Once escorted to their quarters, Rogue and Gambit meet their creepy neighbors.

Sensing some kind of mind control at play, Gambit convinces Rogue to stop being so tense and enjoy the setting while they are there. “…It definitely could be worse” 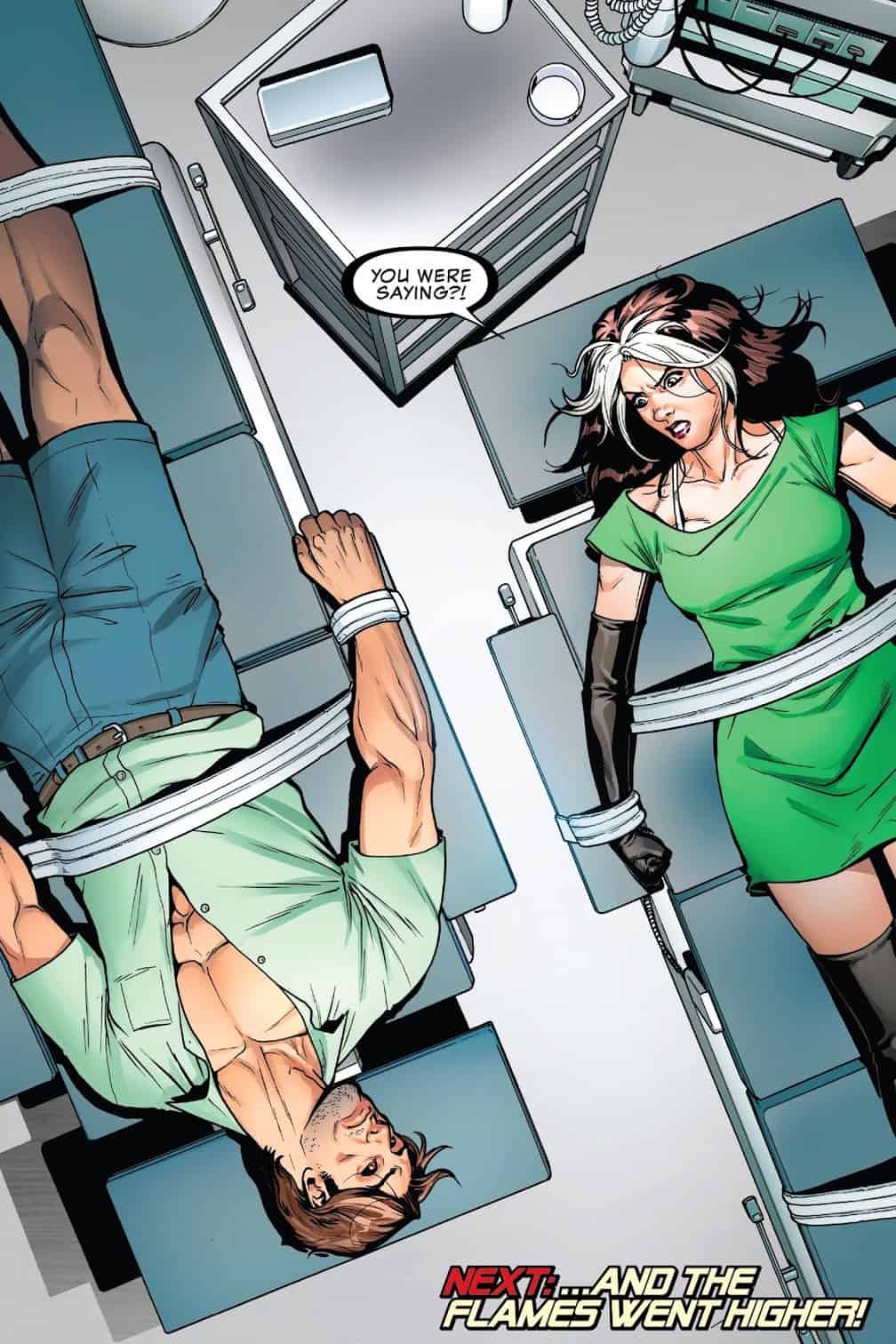 What Just Happened?
It’s refreshing to have a story about these two characters feel as natural as I’m sure it felt for Kelly Thompson to write. She brings a great understanding of the characters and shows a lot of respect to how they were written in the past, during their heyday. That is the key to this mini-series’ success, and from the looks of this first issue, we are in for a treat.

As long-time X-Fans know, it’s the in-between, interpersonal moments with the characters that have made the X-Men franchise so popular, setting a trend throughout all team books in the comics industry. The relationship between Rogue and Gambit was no doubt made even more popular by the 1992 FOX animated X-Men series. And although a lot of stories have transpired since these two were both together, this issue brings that familiarity right back to center stage.

The cameos and comments by other X-Men (Storm, Psylocke, Pixie, and Armor – great team by the way -) are hilarious.

Kitty Pryde is really well written here. Maybe Marvel should hire Kelly Thompson to write the proposed Kitty Pryde film rumored about recently? Kitty has a sense of humor and sarcasm that often times gets lost in X-Men Gold, her regular book. But it’s on full display here. Rogue & Gambit feels a little like watching an episode of Moonlighting, and I love it. 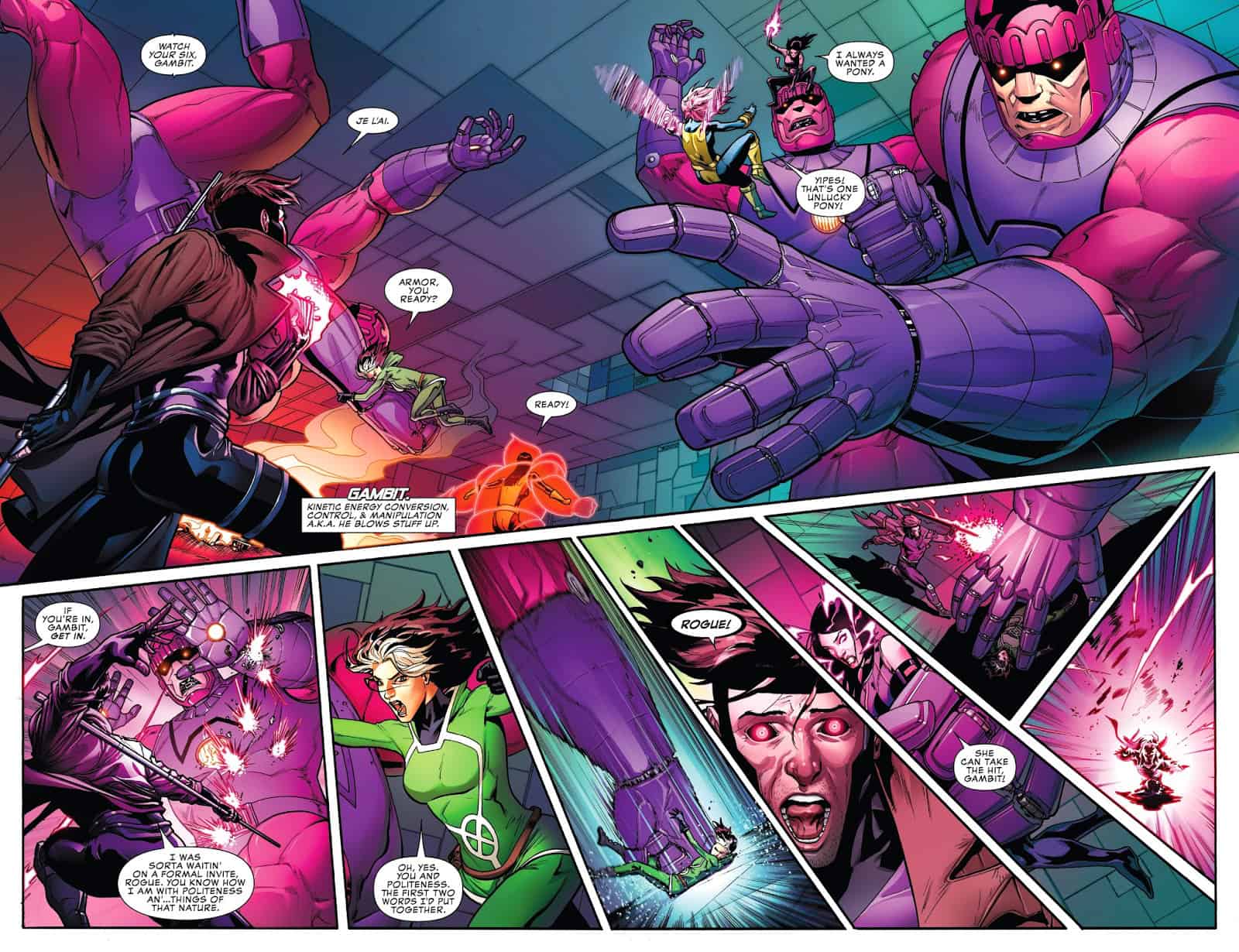 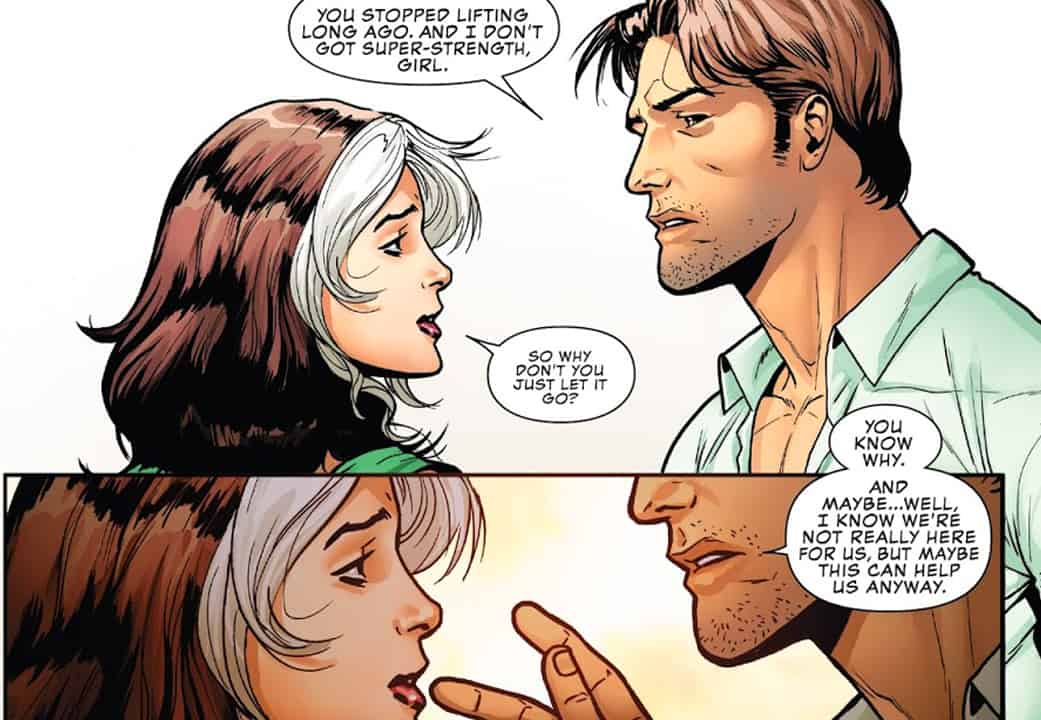 Rating 9/10
Final thought:
A very strong start to a series I didn’t know I would look forward to this much! Bravo!