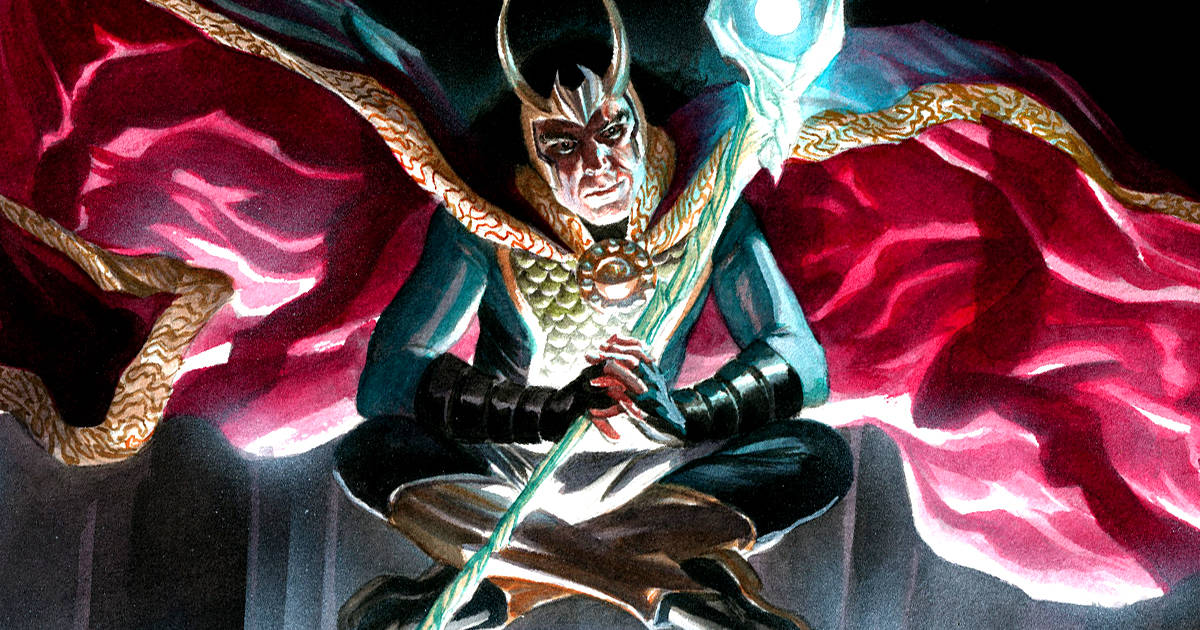 Dan Slott’s final run as head writer for The Amazing Spider-Man continues in Part 2 of this 8-part series. 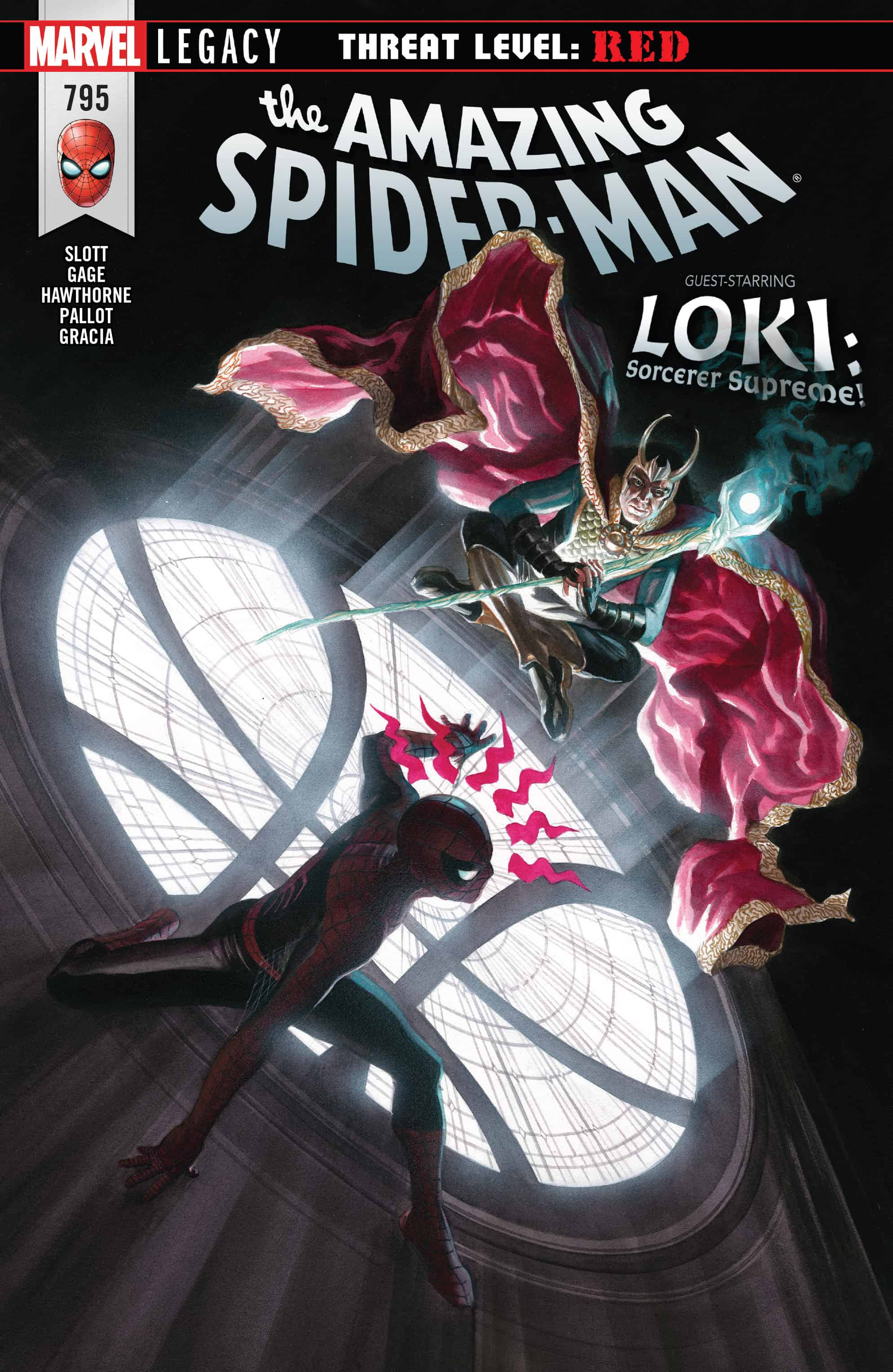 What You Need to Know:
Spider-Man and his allies have managed to end Zodiac’s master plan before it goes into effect. Although defeated, Zodiac warns Spider-Man of a greater danger to come, having witnessed everything that is going on in the Marvel universe within the past year. Elsewhere, two agents have stolen the Carnage symbiote from a privately-owned security facility and present it to their employer – Norman Osborn.

What You’ll Find Out:
Peter Parker has broken up with Bobbi Morse/Mockingbird and has recently moved into his new apartment. While on his routine work to the Daily Bugle, Peter received a summons from Loki, who has replaced Dr. Strange as the new Sorcerer Supreme. Recent events have obligated Loki to return a favor to Spider-Man in any way the latter wishes. But Peter is skeptical, citing his previous dealings with Mephisto and The Jackal. Peter’s hostility towards Loki causes him to accidentally release a swarm of mystic Fire Wasps from their containment and they wreak havoc across New York City. While containing the Fire Wasps, Peter runs into Aunt May and Bobbi, who earlier were discussing of the latter’s recent breakup with him. 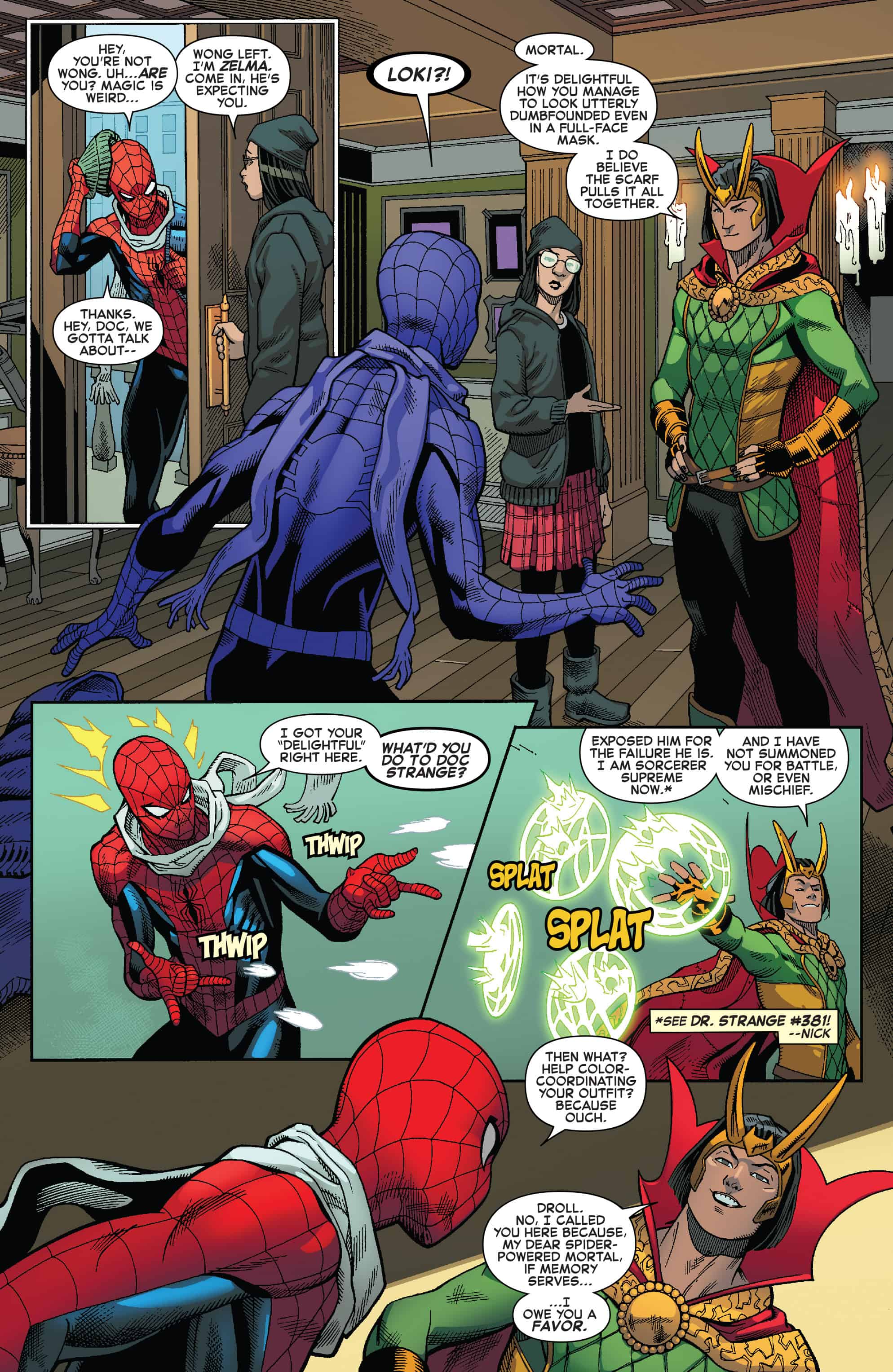 Though the Fire-Wasps were eventually contained by Peter and Loki, it comes at a cost of one casualty. Peter uses Loki’s favor and the new Sorcerer Supreme does so by going back in time and prevents the accident from happening. Peter then leaves to meet with Aunt May and Bobbi. It was later revealed that Loki has plotted the accident and as he watches over Peter using the Orb of Agamotto, he comments that Peter’s wish could’ve been used for a much greater purpose, such as to deal with Norman Osborn. 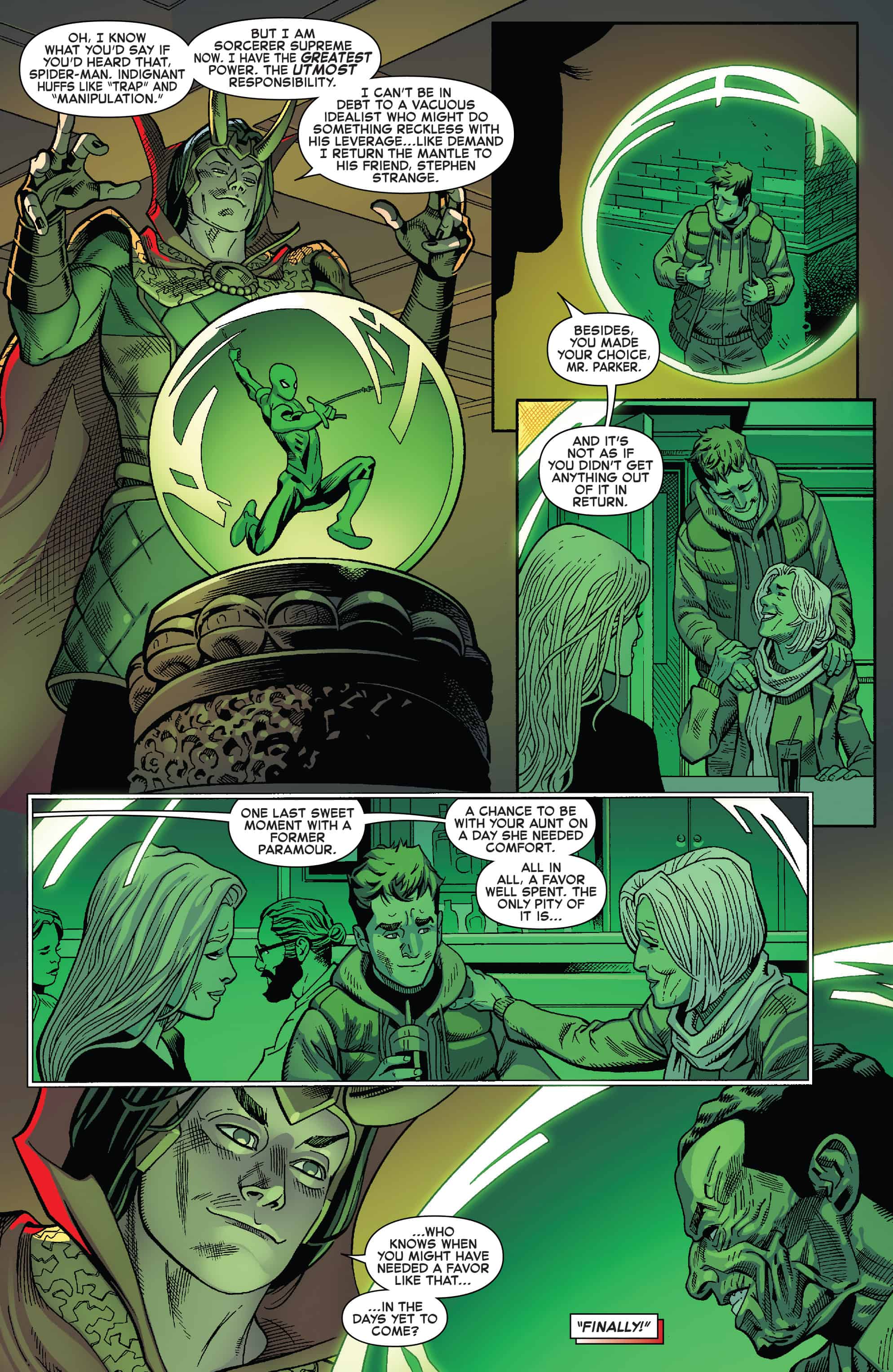 Meanwhile, Norman reveals that he’s made several attempts to restore his madness that made him the Green Goblin but fails. He sees the Carnage symbiote as his best attempt at bringing back the Goblin and lets the symbiote take him as its new host, with the plan to kill Spider-Man. But the Carnage symbiote has other plans, completely taking over Norman and setting out its own goal – total carnage. 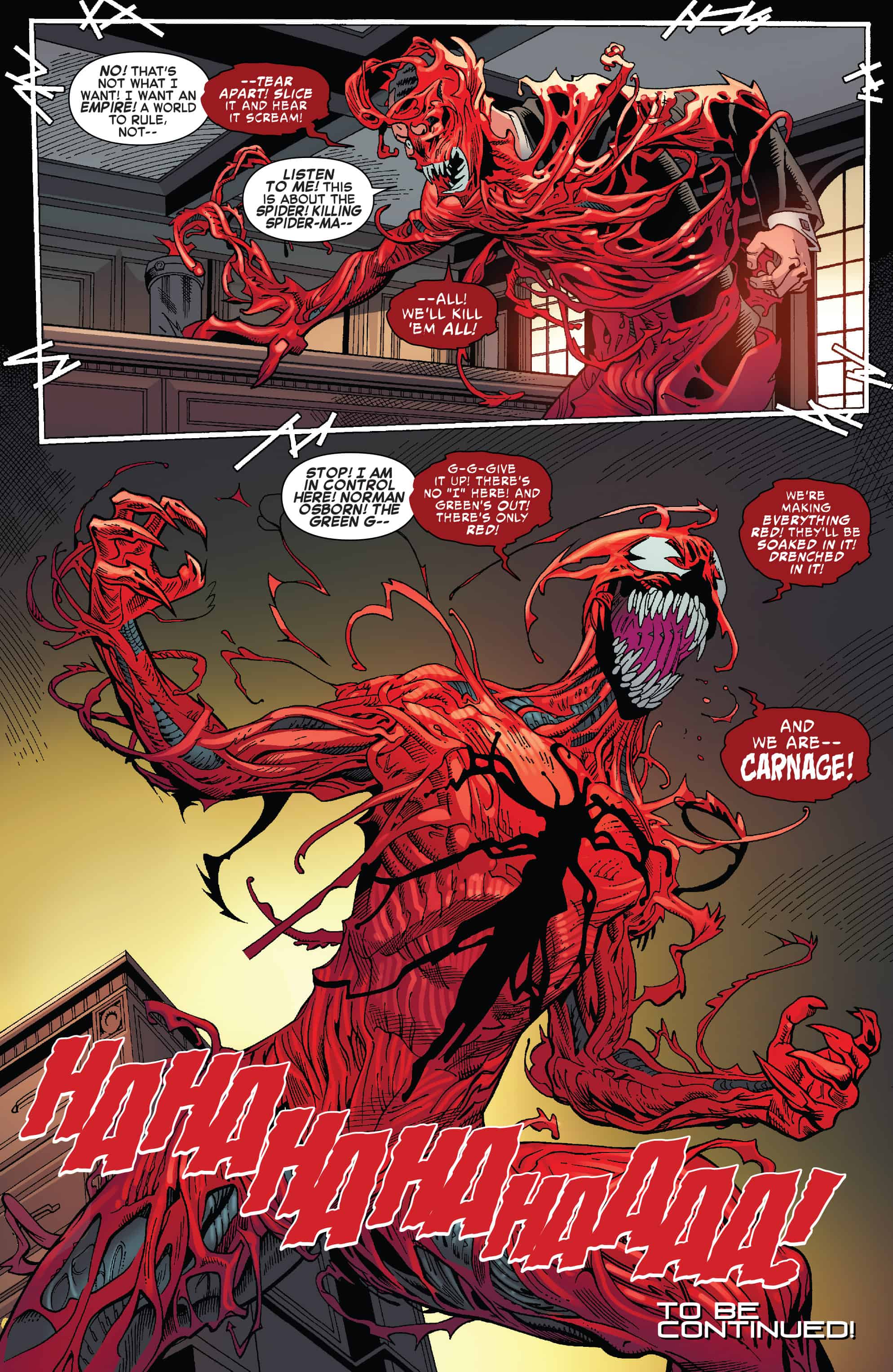 What Just Happened:
It would seem that Slott’s objective in his final Spider-Man story is to have the web-slinger further go down the status quo with his recent breakup with Mockingbird. Personally, the relationship never clicked for me, anyway and this shipping is just for shipping’s sake (and to add Bobbi to Peter’s long list of women he hooked up with). But the biggest takeaway from this issue is that it is basically a filler issue as Spider-Man gets involved with “Dr. Loki” (since he’s the new Sorcerer Supreme now. Eh, the name doesn’t suit him) while the progression of Norman and the Carnage symbiote is once again only a few pages. Would it not be more appropriate if these two issues were just lead-ups to the actual plot of Threat Level Red similar to Into The Spider-Verse/Venom-Verse stories?

While this issue shows Loki being, well…Loki in his interactions with Peter, it also highly suggests Threat Level Red will be strictly a Spider-Man-centric story, with only those within Peter’s inner circle getting involved. In other words, don’t expect other Marvel characters to take part in the conflict other than those who are close to Peter (and to Norman in some extent). That doesn’t give me good vibes, knowing that Carnage is a far more dangerous character than Venom, and it and Norman being together definitely called for getting other Marvel characters involved. Instead, it will probably be just Peter on his own, and maybe a few like Anna Marconi and others, but not those from the Avengers or X-Men, and even more likely not Wolverine despite his appearance last issue.

There is, however, one silver lining in this issue in that Peter goes to see Aunt May and Bobbi for a sentimental moment, and in part, so he and Bobbi leave on good terms. It wrings into the Peter Parker we all know and love all these decades.

Final Thoughts:
I’m seriously hoping that this is the last time we see a filler issue like this and the next one is where the story really goes forward. Superior Spider-Man was one of (if not THE) best stories Slott has ever written, and I am expecting that same level of writing with Threat Level Red. So far, nothing of that caliber is being presented, and given how Slott handles his stories the past few arcs, I get the feeling it may stay that way for quite a while longer.