The Turtles are trying to save the World from the battle between the invading Triceratons and Agent Bishop combined with the Foot Clan. Splinter hold up against the Turtles, and the battle to save the city rages on. 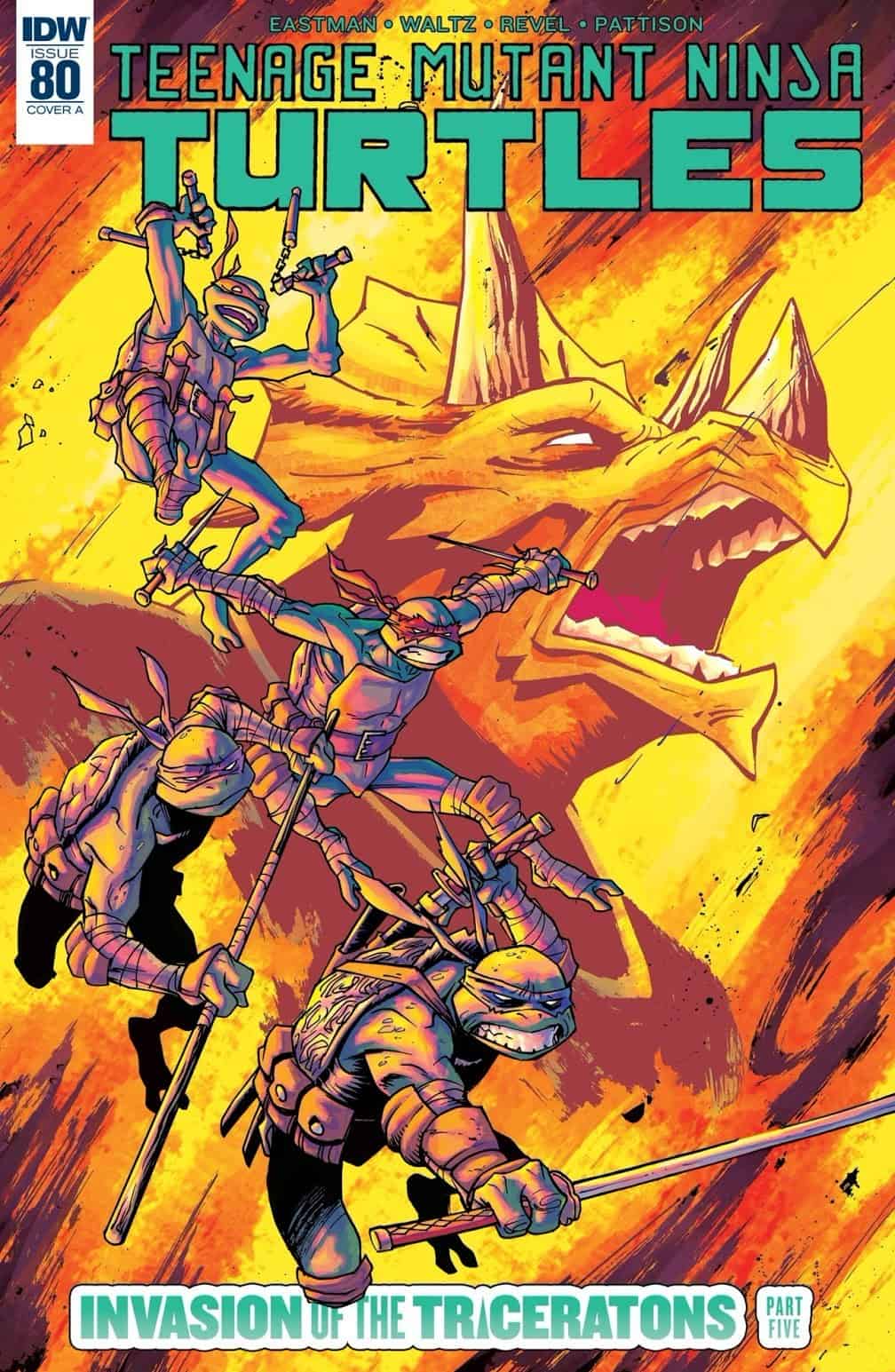 What You Need to Know:
The city is at war with three factions. The Alien Triceratons lead by General Zom, the Foot Clan, and the Government Agent Bishop, who has teamed up with Master Splinter and the Foot Clan. In an attempt to ask for help to stop the carnage, the Turtles went to Master Splinter to ask for his help and peace. Splinter reacts by holding them prisoner and continuing his alliance with Bishop to take down the Triceraton.

Casey Jones and the Purple Dragons, along with his father Hun, fight to keep the neighborhood safe from both sides.

What You’ll Find Out:
Splinter can clearly handle himself against an Alien Futuristic Dinosaur Person. The Turtles are held up fighting the Foot Elite, but manage to escape based on their training.

What Just Happened?
Though he expects nothing less of his students, Master Splinter takes up the sword to his students, who defy him as he try’s to murder the Triceraton Leader. It is Michelangelo who attempts to appeal to his merciful side. This is not too effective, yet buys them enough time for April to open a portal to teleport the Triceraton and the Turtles to safety.

This leads to Baxter Stockman taking credit for April’s idea, and eventually firing her.

April’s parents, lead the media to Baxter, who takes the credit for transporting all of the Triceraton to a nearby contaminated island where they can live in peace. His plans to profit from the war did not exactly pan out, but he does get the credit for the end of the conflict.

In the final page Old Hob and Ray Filet of the Mighty Mutanimals, are digging through the Triceraton wreckage. They locate some weaponry, no doubt to be used against Bishop to rescue the Mind-controlled Slash. To be Continued.
Rating: 7/ 10
Final Thought:
The story was ok, but the art seems rushed and not quite as detailed as it usually is. This concerns me as a reader because TMNT books have a lazy history of sub-par artists. That said, there are spots where this looks like a well-plotted book, but this is a middle part of a story for sure, and really lacks the details in both writing, or scripting (because the dialogue is always spot on) and the art itself. I feel it would be more compelling if the art was better, as the stakes of a City-wide Invasion are lost on the reader in a muddle of flat flavorless art. This is a skip book this month.