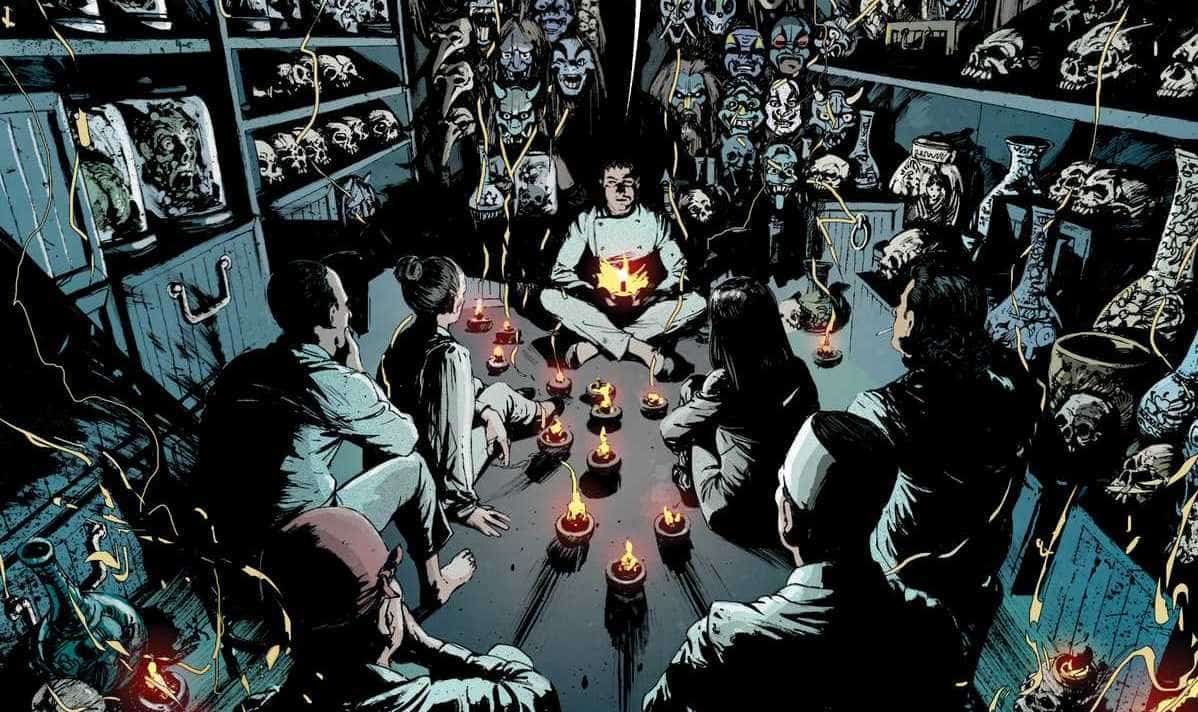 The samurai game of 100 candles continues as tales like “Salty Horse” and “The Heads” haunts the group of international chefs! 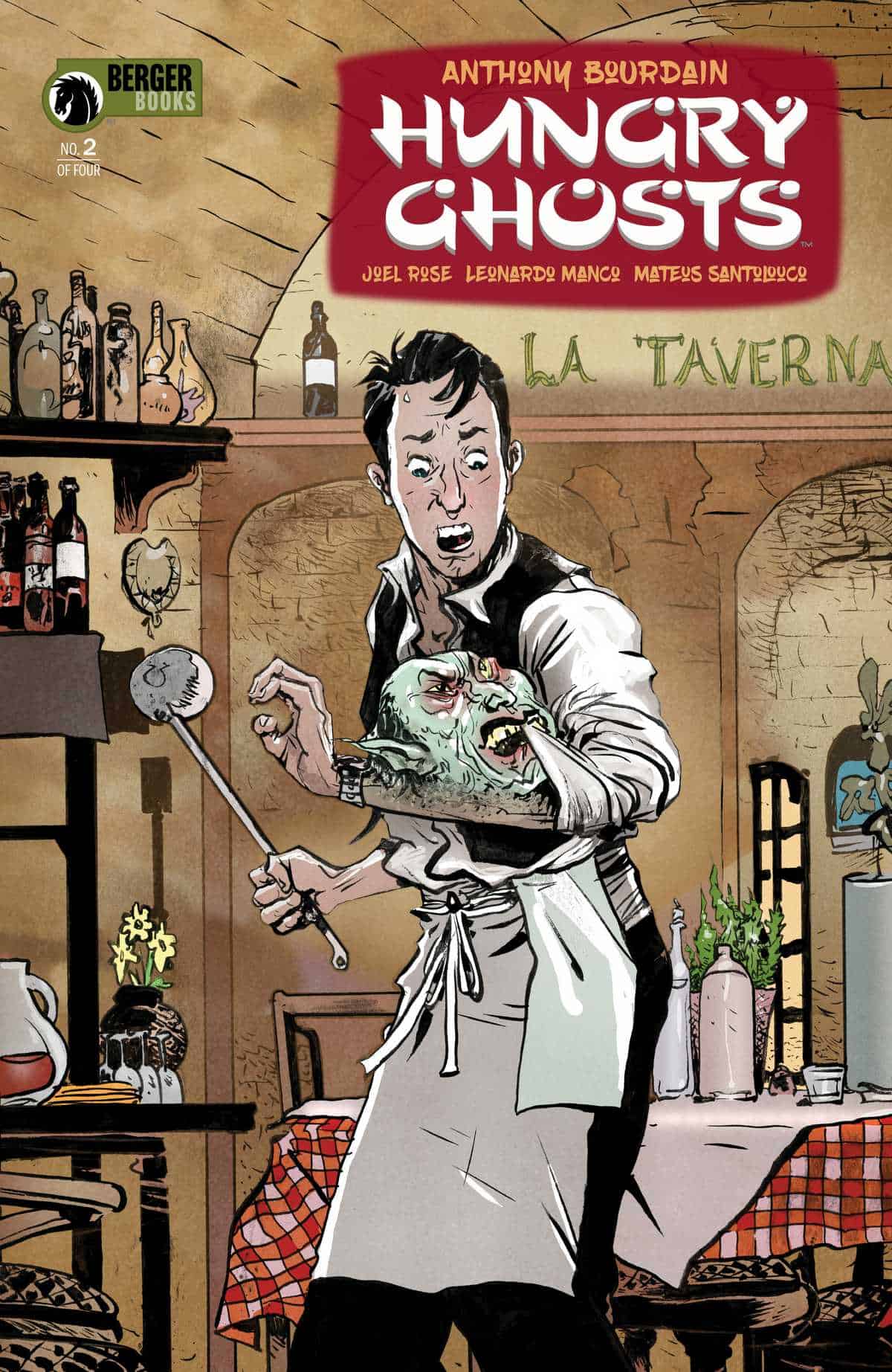 A Russian oligarch named Mr. Fedachenko has won a feast prepared by a group of international chefs won at a charity auction. After his meal was completed, the chefs were invited out so that he may thank them personally. Much to their surprise, however, Mr. Fedachenko invited all of them to an ancient game of 100 candles, a samurai test of nerve and courage.

The samurai game of 100 candles continues with Mr. Fedachenko and the group of international chefs. The next story is titled “Salty Horse”. Although horse meat is less popular, it is still enjoyed all throughout the world. One man loved it more than any other meat though. He used his large estate to raise the most delectable horses, but he has quickly began eating his way through them. Unable to be satisfied, he tells his employee to serve him their best breeding horse. At the table, he feasts on the entire horse, even the head which he had boiled and served with garnishes, but even this was not enough. 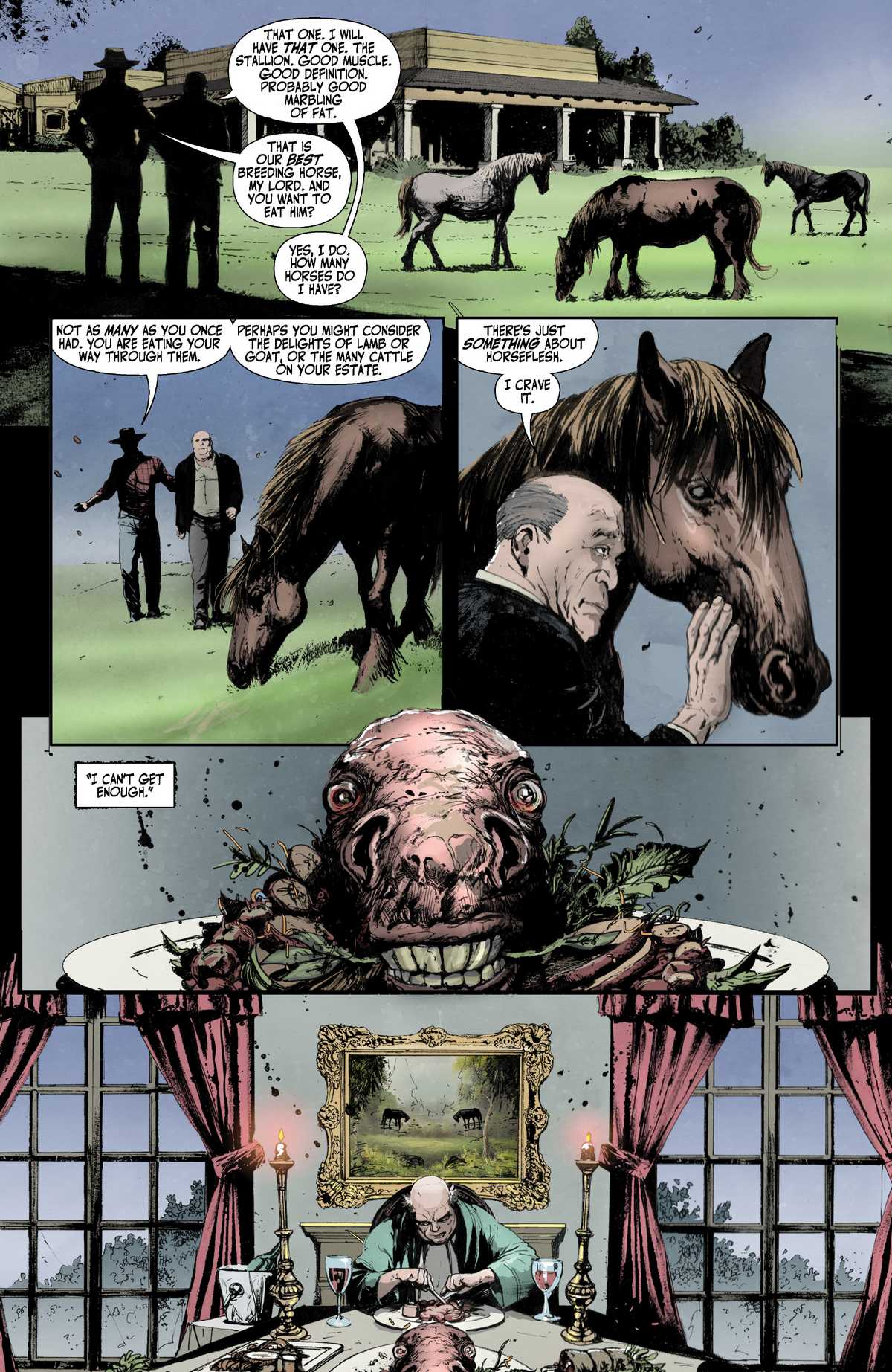 The man went desperately into his stables with his chef who explains that he has eaten all of their horses. His hunger remains, however, and the chef reluctantly informs him of the old warhorse that remains. The last horse, but far too old and stringy to be served. The man doesn’t care though, and he commands his chef to braise the horse and serve it with wild mushrooms. At his dinner table yet again, he feasts on the entire horse laid out before him.

That night, however, while the man was sleeping an evil apparition appeared in the form of a terrifying horse with glaring red eyes. It bears down on the man in his bed, telling him how it has watched as he took his friends and family one-by-one in service to his appetites. Now he must be dealt with. The horse apparition tells him that he is there to be reunited with his one, true self, the very flesh inside his belly. Painfully, the man suffered for the rest of his days for his sin of gluttony… 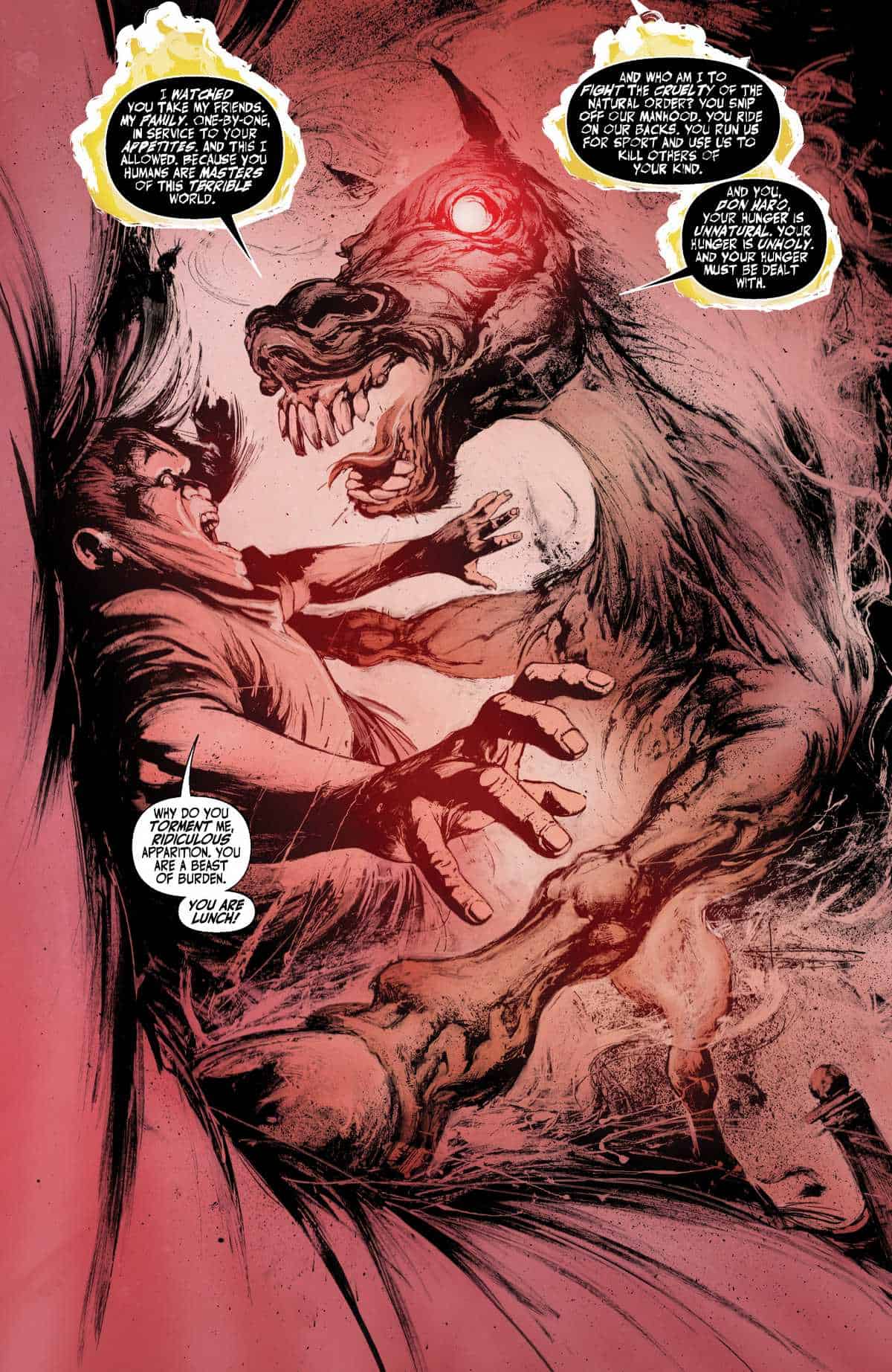 The next story, simply titled “The Heads”, begins with a chef’s apprentice who is now out of work. With no luck for some time, a stranger shows up and offers an opportunity to him. The apprentice follows the man back to his own house, who introduces him to a kitchen full of chefs. They welcome him saying he is just in time for dinner and comfort him telling him how each one of them has a story of woe.

That night, the apprentice awakens from a slumber to strange sounds in the house. He makes his way up the stairs and into the kitchen where he discovers the headless bodies of those he met earlier. Strangely though, there is no blood. Just outside the house, he sees the heads swarming and complaining about their hunger. Luckily the apprentice knows what to do and hides the body of their leader, then charges the heads violently with a gardening tool. The leader’s head latches onto the apprentice’s arm and stays there. With the heads of the chefs back on their bodies the next day, the apprentice makes his way into town with the leader’s head still biting his arm. 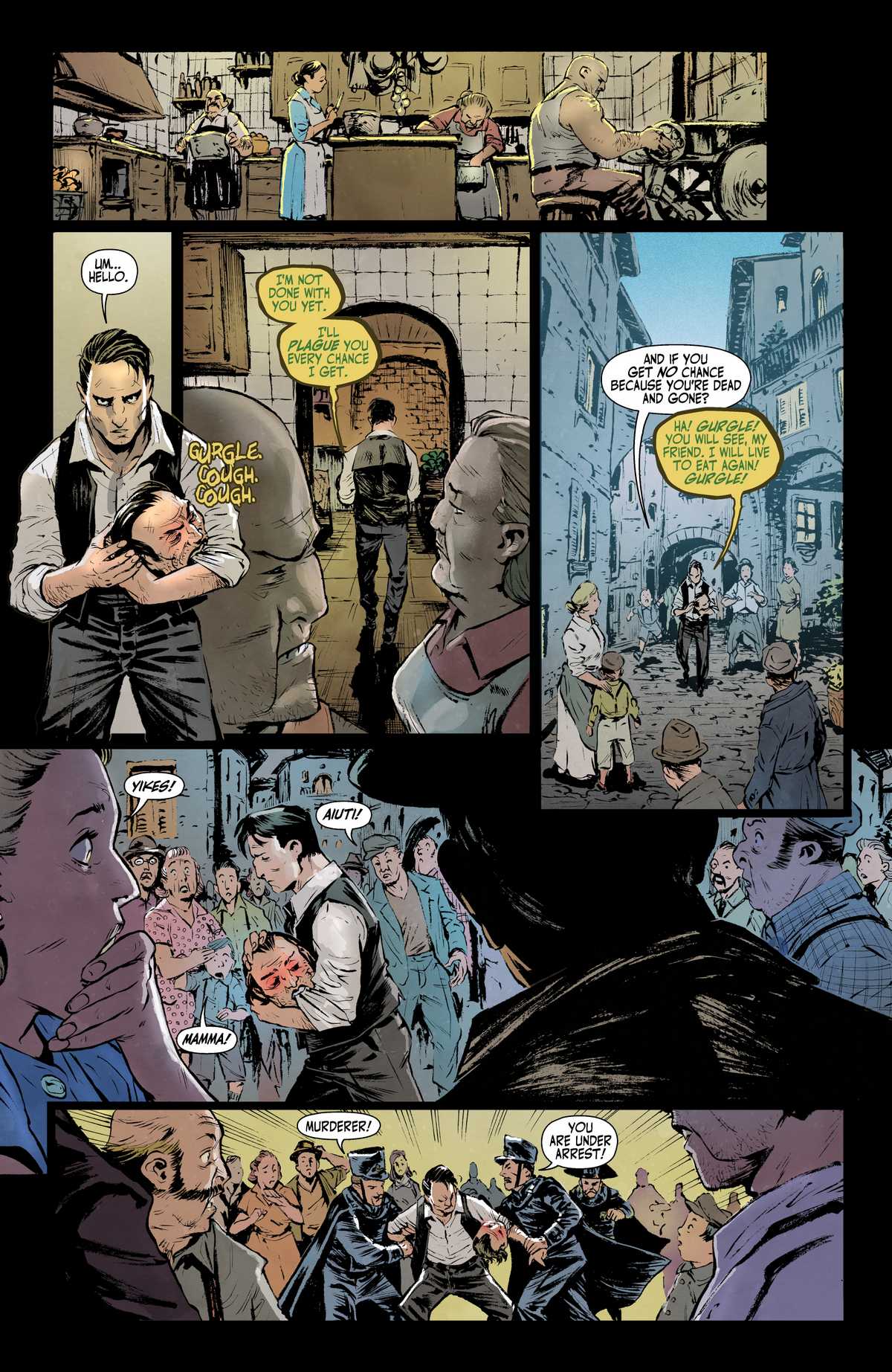 He explains his innocence to the police who set him free upon discovering the clean sever on the neck showing no blood was spilled. As the apprentice makes his way out, a masked robber stops him and demands he turn over the head. With a warning about the true nature of the head the robber eagerly takes it, thinking he could use it to scare others. Just as the apprentice hands over the head, it awakens, hungry for lunch!

Writer Anthony Bourdain continues this incredibly unique twist on the samurai game of 100 candles, or more traditionally known as Hyakumonagatari Kaidankai. While maintaining the horror from the previous issue, Bourdain takes the series deeper into the imaginations of a chef with two stories that turn our own appetites against us. 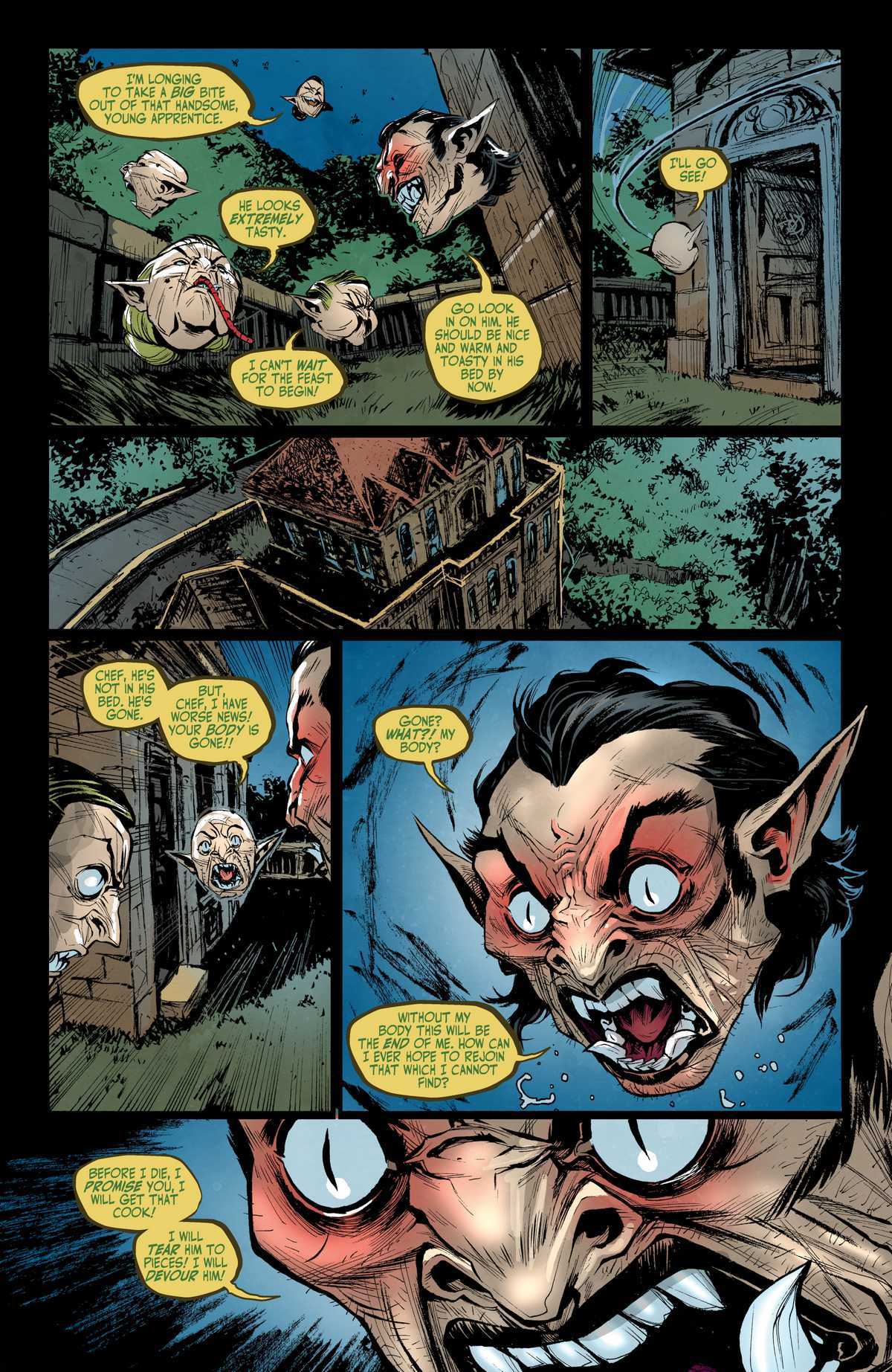 The artwork for the two stories in this issue is distinctive and good-looking, with “Salty Horse” showing true moments of gore and terror, while “The Heads” gives a whimsical reimagining of the classic Japanese Nukekubi. Supported with a strong narrative that utilizes individual stories to push the overarching story forward, the series continues to impress.

The creative forces behind Hungry Ghosts show a peculiar understanding not just for the cultural aspects of the chef profession, but also the folklore that the stories are inspired by. This blend of interests and influences culminates into a horror story truly unlike anything seen before. 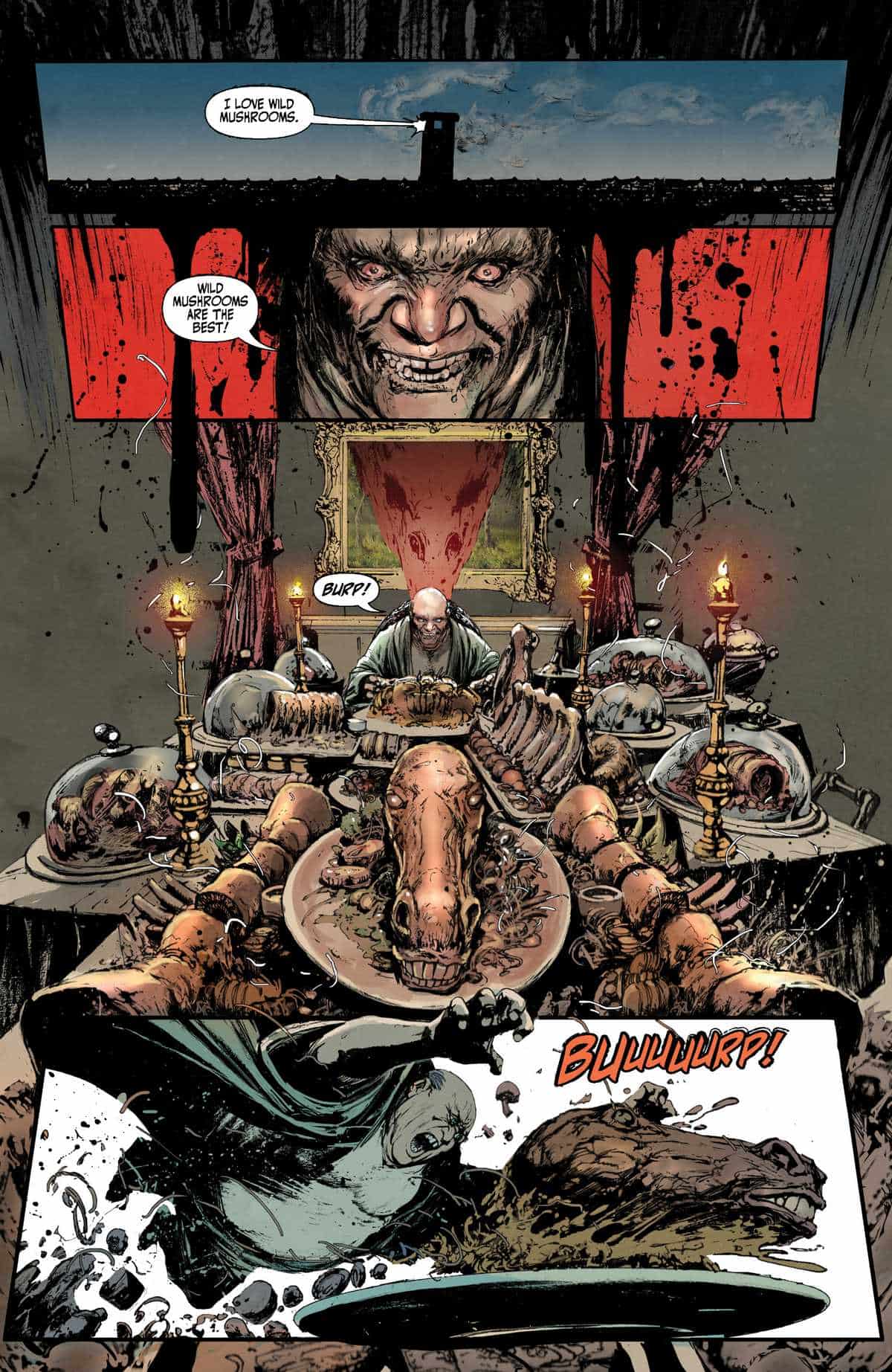 The second issue of Hungry Ghosts finds its strengths in the unique and terrifying individual tales all based on food, but unfortunately doesn’t really elaborate on the game of 100 candles itself. While the stories are sure to haunt, I can’t wait to see how this game proceeds!

Hungry Ghosts #2 continues a terrifying narrative with unique artistic directions for the individual stories. The series manages to use food as an inspiration for a horror tale that turns our appetite against us…in the best way possible!