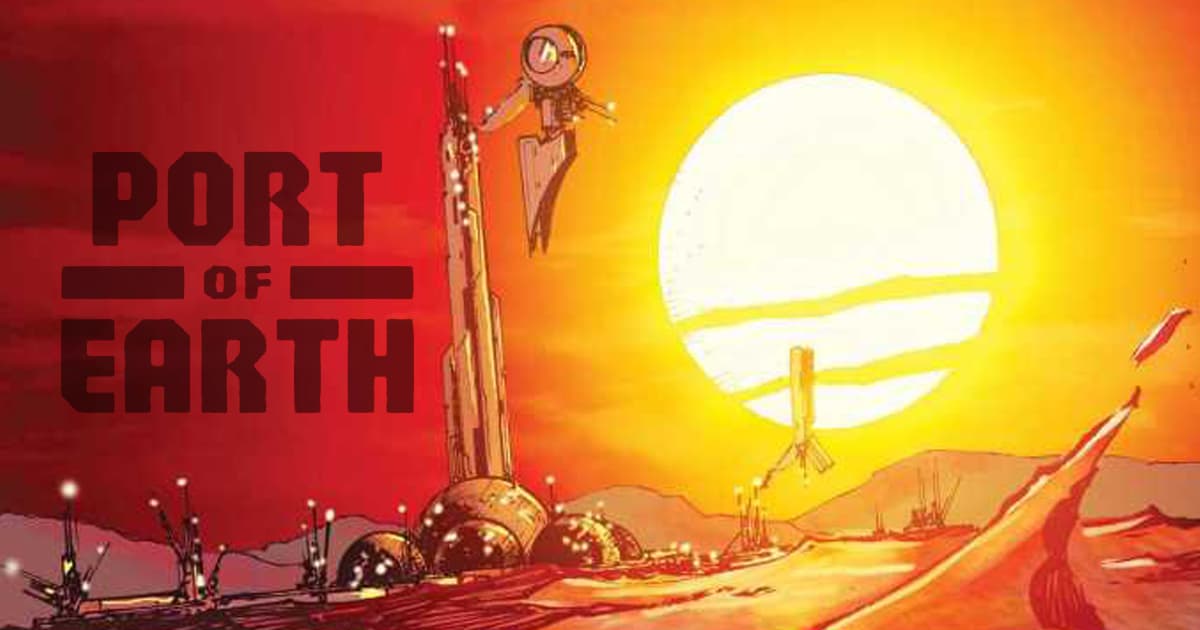 Rice and Mac are forced to confront the dangerous alien if they hope to rescue the hostages, meanwhile, WNN has something against the ESA that could change everything for humanity! 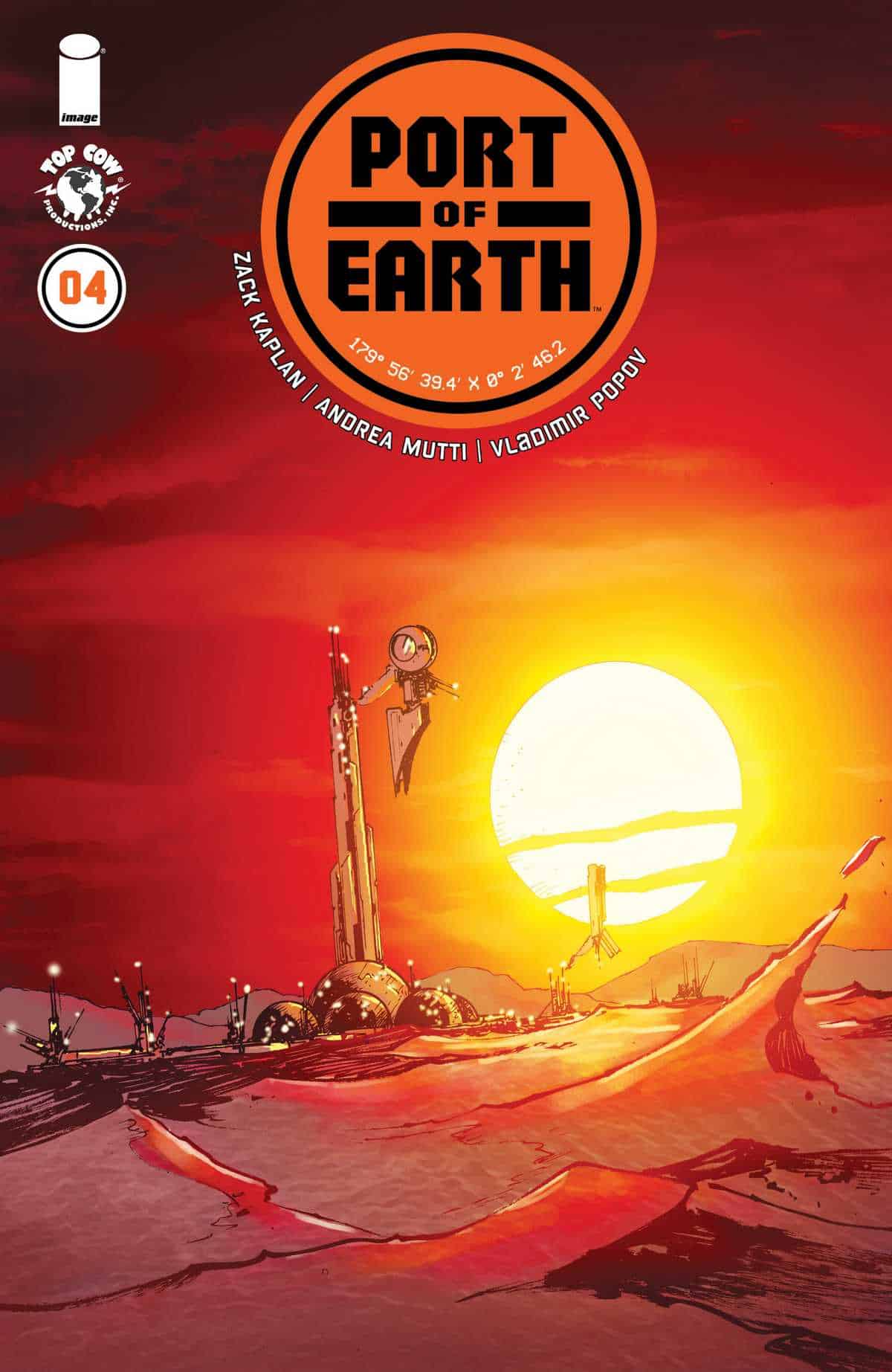 A dangerous alien has escaped Earth’s port and forced ESA agents Rice and Mac to pursue it, even against regulations. Now with hundreds of agents swarming the local city, the two are assigned to a sweep team that is immediately called out to investigate a possible alien detection at a nearby H20 Technologies factory.

Mac’s persistence has led Rice and the other ESA agents into the factor in search of the hostages as well as the missing alien. Upon finding the hostages, however, the group is soon confronted with the dangerous alien blocking their path forward…

As the WNN exclusive interview continues with ESA Director Tom Rutgers, the discussion quickly turns to the destructive capabilities of visiting aliens and the disastrous consequences they can have. When confronted with past tragedies, the ESA Director maintains that people should avoid interacting with aliens and just call the ESA. Facing backlash for placing the emphasis of response on the people, he aligns his interest with the people’s. 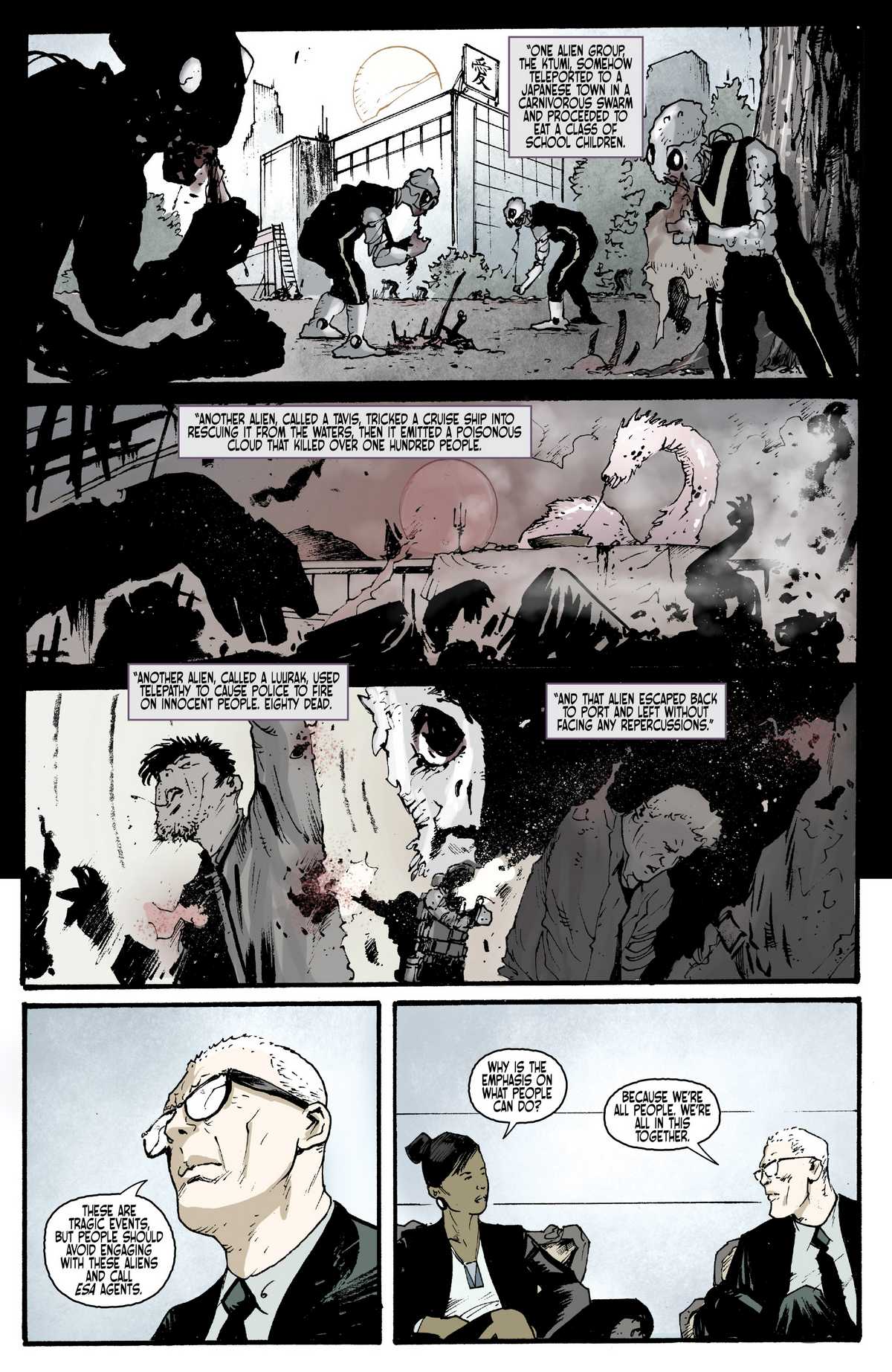 Meanwhile, after a heated debate and multiple failed attempts to peacefully restrain the alien, agents Rice and Mac decide to rescue the hostages by escaping through a back entrance of the factory. At the docks just outside, the group begins loading onto a nearby boat when the alien drops a piece of machinery onto two agents. Going against Rice’s warnings, Mac fires his weapon at the alien, just barely missing it. Before the group can recover, the alien appears before them with an unknown ball of energy, and without hesitation, Mac fires into it.

The shot causes an enormous explosion that incinerates the alien immediately and sends the group flying into the ocean. Emily does not survive the blast though, leaving Rice devastated. 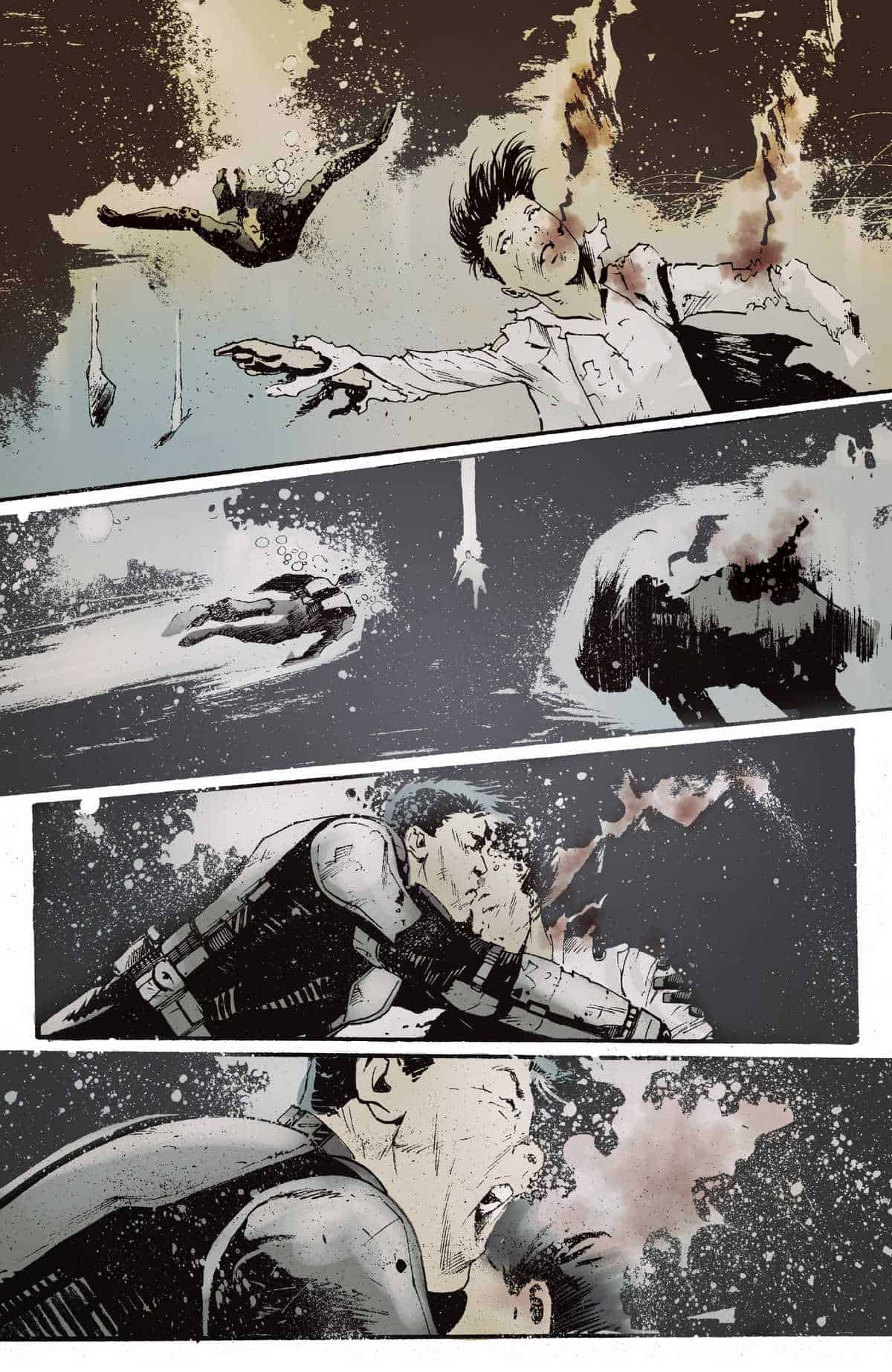 As they try to explain the events of the day, a woman approaches Rice about his reported missing badge. Apparently, it had just been used to log in downtown at ESA central, suggesting that someone or something was now using it…

In the WNN exclusive interview, the events at the H20 factory force ESA Director Tom Rutgers to elaborate on humanity’s role in the deal with The Consortium. This is when WNN drops their bombshell, informing the ESA Director of the leaked emails they had obtained which contain unidentified blueprints. Faced with questions about a possible port expansion or something else entirely, Tom Rutgers is speechless when asked for his comment.

The latest issue of Port of Earth brings to close the search for the dangerous alien with a deadly confrontation in a seemingly mundane setting while using the exclusive interview to set up future events that are sure to change the entire landscape for humanity’s deal with The Consortium. Interestingly, the conversation has devolved quickly from discussing the brightest minds humanity had to offer that is associated with overseeing the alien deal down to the catastrophic tragedies humanity has had to endure. This exploration of consequences introduced through a business agreement with an alien organization continues to be the highlight of the series as it draws parallels with our own society and the vastly different worldviews of the individuals that inhabit it. Then, as a shocking finale, a literal tale of aliens on Earth uses an all too familiar tactic to drop a brilliant cliffhanger. Leaked emails.

In contrast to the narrative between WNN and the ESA Director, Rice and Mac’s search for the alien, unfortunately, continues to slow the pacing of the story. While the ramifications of their actions have resulted in severe consequences, such as Emily’s death, the hints at what the alien was doing at a factory just aren’t enough to encourage a deeper interest in their plot. It has reached a point where I have become more interested in the exclusive interview and the revelations presented there than Rice and Mac’s journey as ESA agents. However, I have to question when the recording of their actions will come into play, as they could present interesting topics such as organizational transparency that is relevant to today’s real-world issues. 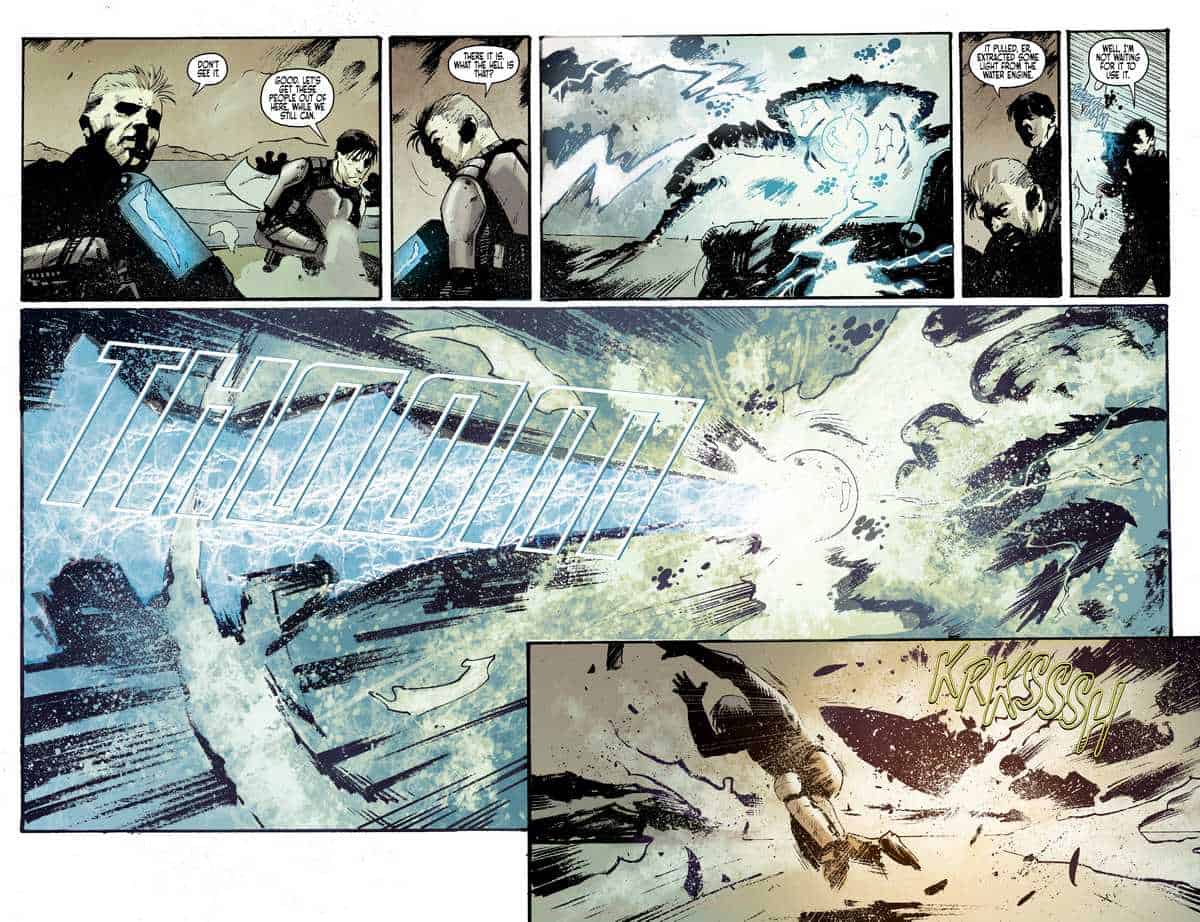 The artwork remains exceptional, as the story provides an opportunity for a few beautifully executed action sequences that demonstrate the capabilities of the creative team. At this point in the story though, I couldn’t help but feel like I wanted something more. As the worldbuilding continues to expand and establish a unique setting, an explosion by the docks outside a factory left me a bit underwhelmed as a reader. Luckily, the story promises much more excitement and even potential conspiracies in future issues!

Final Thoughts: Despite the latest issue of Port of Earth failing to capture the momentum found in prior issues, it remains a beautiful reading experience that utilizes a sci-fi story to explore various societal issues found in today’s world. Though not the series’ strongest entry to date, an unforeseen, but all too familiar revelation at the end will undoubtedly have readers checking back for more.