Rick and Morty #100: Insane in the Membrane 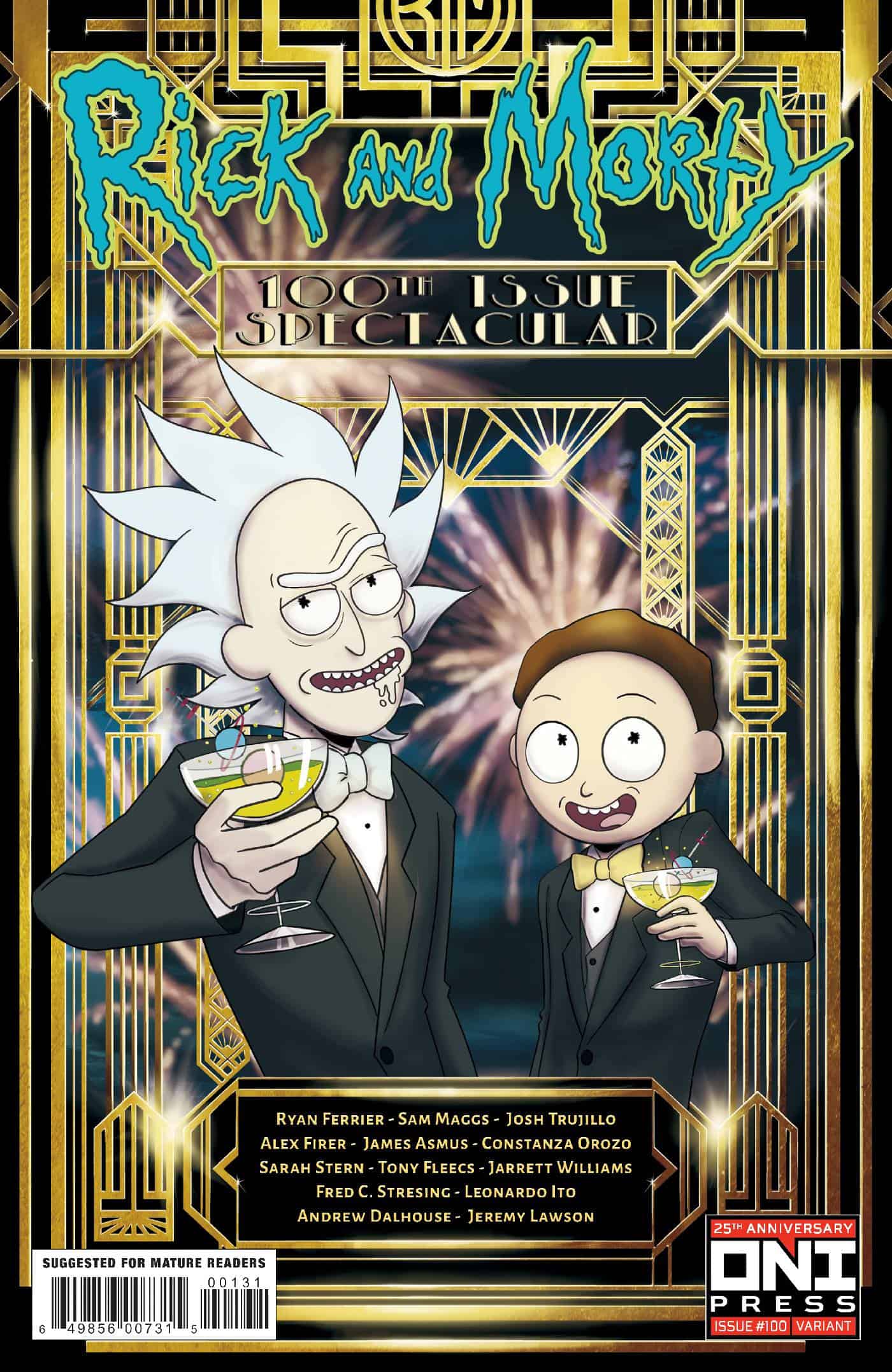 Per usual, Rick and Morty have no flow but chaos. We love and embrace the show, and that love has extended to the comics because there is no natural -plot line. Only Adventures. Oni Press has brought us a special edition adventure, Rick and Morty #100. With a bonus feature in the book, readers should be very excited about this book.

As you open the book, you see a fly, a brain, and a mad scientist– opening the scene to a young kid who has gone mad reading Rick and Morty comics. His mother has brought him to an insane asylum to cure him of his madness. But, naturally, Rick is not too far- remember the fly- a robot fly that takes Rick and Morty into this young man’s brain.

As they coast through this deluded teenager’s skull, they are taken back through some of their many adventures. I love this because a few of my all-time favorites are featured in this #100 Special Edition.

Reading the rather large and overly complex book was perfect for a #100 Special Edition of Rick and Morty. Writers Ryan Ferrier, Alex Firer, Sam Maggs, Josh Trujillo, and James Asmus each added a flair to the book that lept the acid-inducing characters off the page. Flawless, which is ironic, considering Rick and Morty’s built on nothing but human flaws and error.
Moving through the book, you realize Rick, as always, has a motive. In this case, he is trying to discover the #100 issue comic in this kid’s head. A few tricks and twists engage Rick and Morty for way more than they originally bargained for, and they may need to make it out. But will they?
Everything about the #100 Special Edition screams fantastic job, from the story to the artwork. Classic Rick and Morty.

Bright colors transform every world and character into a stunning celebration of 100 issues. Constanza Oroza, Fred C. Stresing, Sarah Stern, Emmett Hobbes, Jarrett Williams, and Tony Fleecs all hypnotize you with every panel from each adventure. As most Rick and Morty schemes bring me, the urge to partake of “fruity pebbles.” To get the full effect of the story, this one did not let me down.

Everything about Rick and Morty leaves you feeling like you should sit down, smoke a blunt, or have a drink. Maybe even both. But that’s the great thing about it- you don’t need it because you’re stressed. It’s for comprehension. What the hell did I just read? It helps us question everything. Celebrating 100 issues by blowing readers’ minds into a different dimension is the right way to celebrate this grand feat.

Oni Press and the team have done a fantastic job with this book. I naturally can't give a 10/10 because there is always room for improvement. But this book is so close. I can't wait for the next issue to see what schemes of WTF'S are in store for Rick and Morty.

Rick and Morty #100: Insane in the Membrane