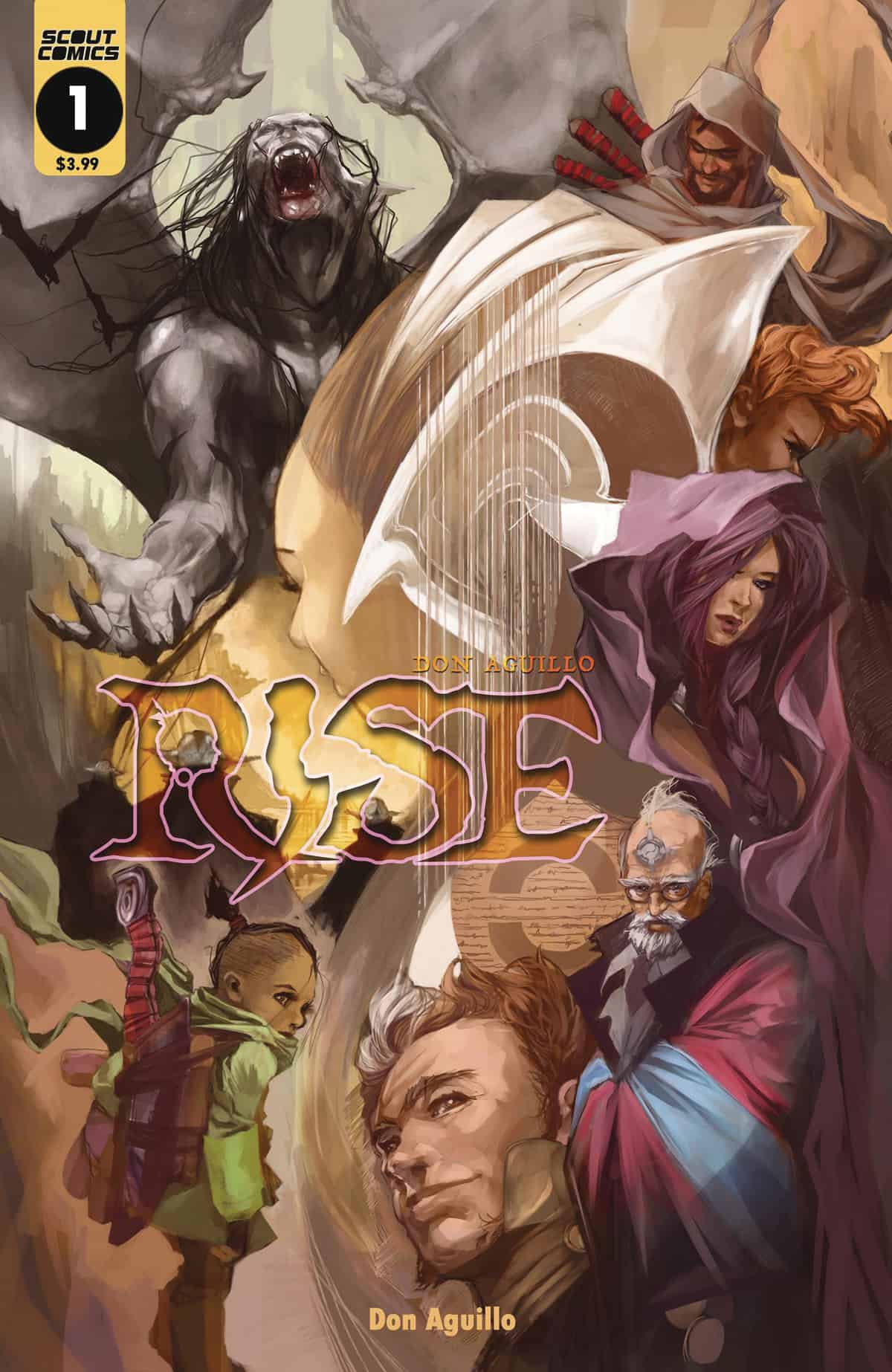 Nine-year-old royal orphan Zakaiah falls heir to the throne of the broken post-apocalyptic kingdom of Pasif'kah, and must endure the Trials of the House of Jasser, a series of tests designed to prepare her to occupy the seat of the kingdom. Recently orphaned and reluctant to embark on a set of trials to teach and test her on the responsibilities that now rest on her shoulders, she is guided on this tumultuous path by soldiers and strangers, plagued by their own struggles, pasts and hidden agendas. Embarking on the journey on a dark road with strangers who now answer to her and inexperienced in carrying the weight of the world, she's left the only home she's ever known to explore the realm she now has the responsibility to rule. Behind them, the empty throne is at the mercy of a ruling class that threatens to usurp it for their own dark agendas, and just beyond the shadows ahead, the emergence of an ancient evil threatens to halt their journey dead in its tracks. 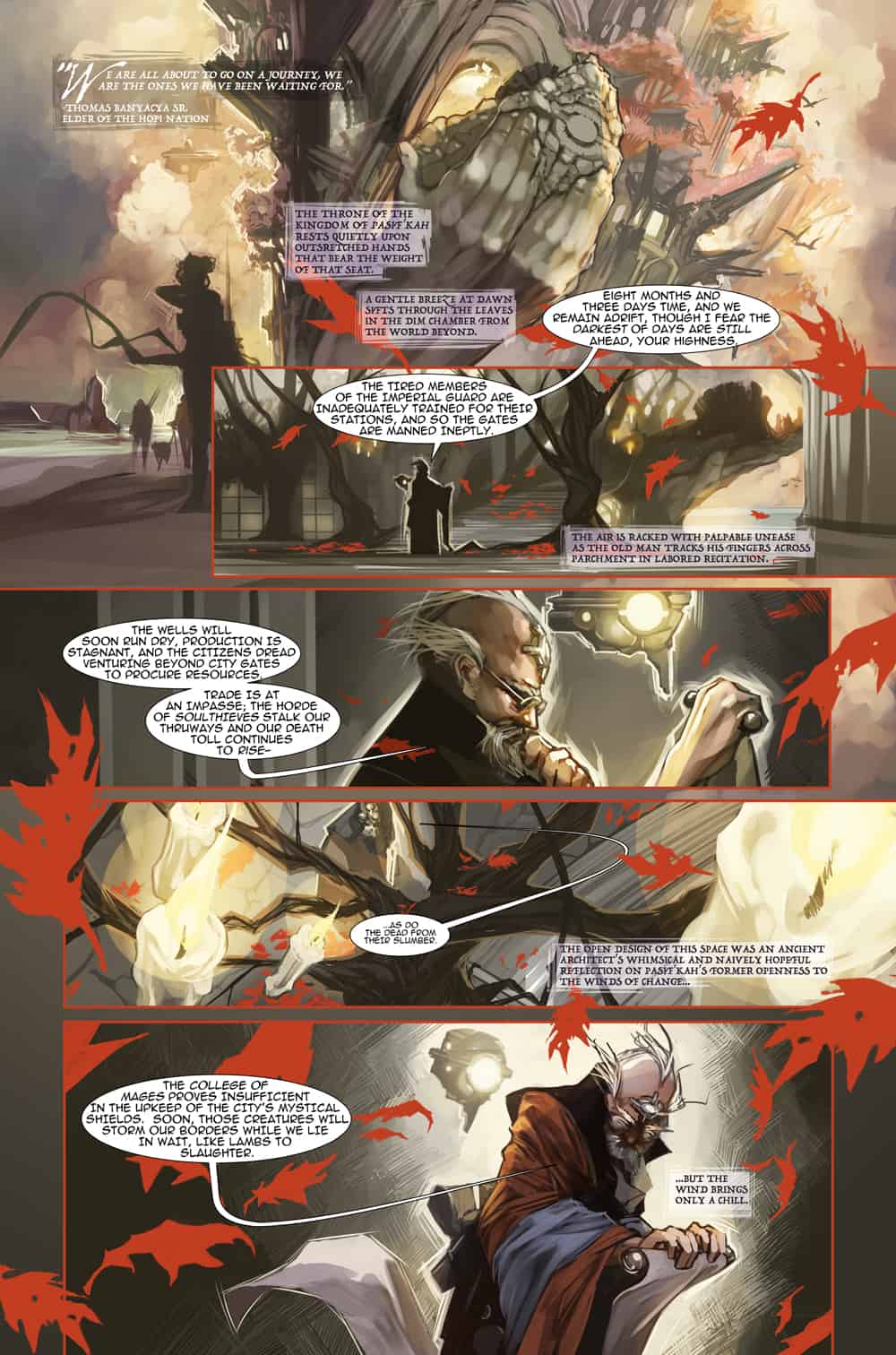 Filled with magic, monsters, and action; Rise #1 is a fascinating journey into the world of Pasif’kah, a wonderfully written fantasy realm with a young new queen. 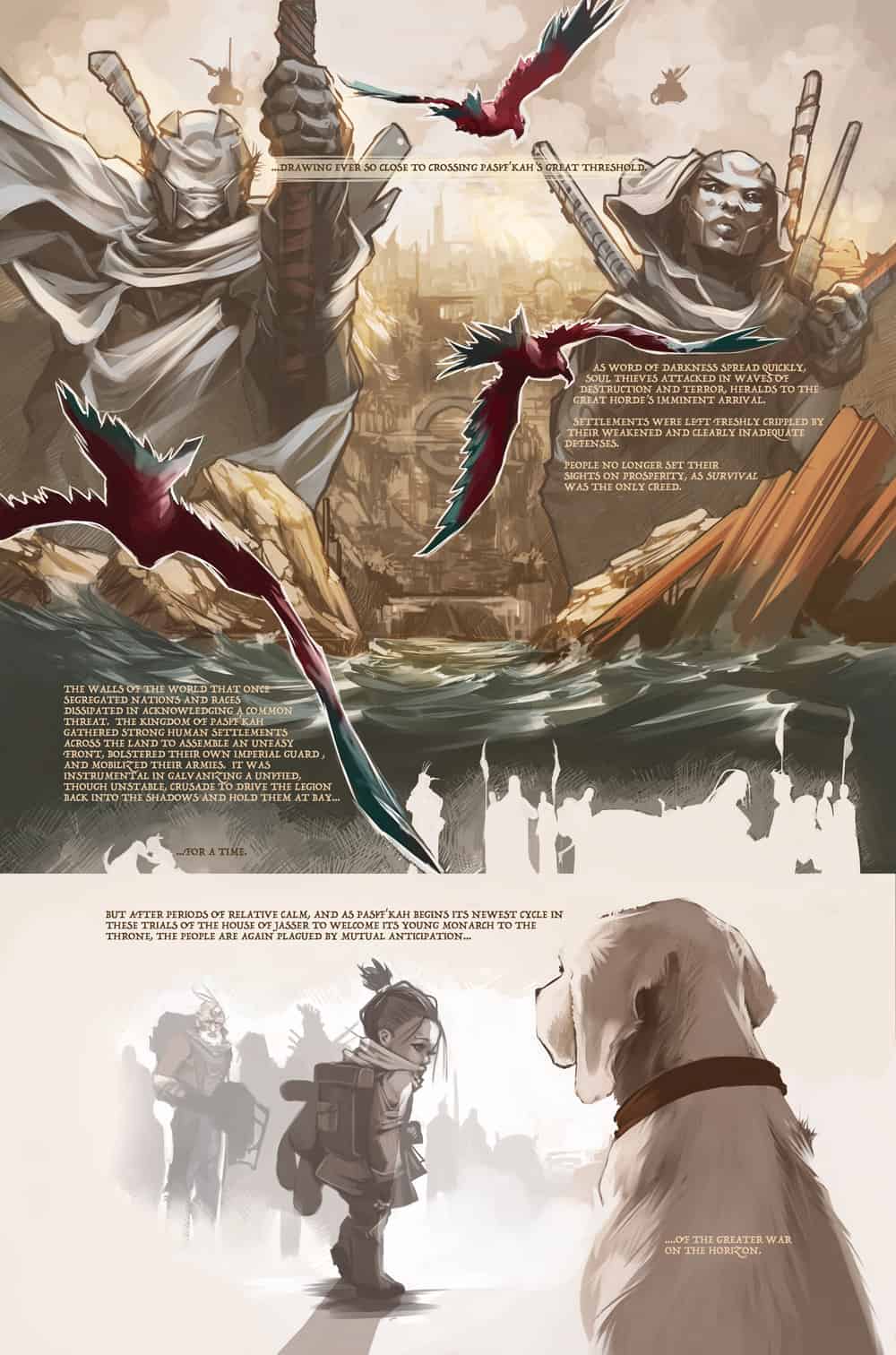 This book is an interesting example of what can be done with the comic medium. This first issue reads like a hybrid between a chapter in a novel and a comic issue. Blocks of text provide a vastness of history and detail, allowing the reader to use their imagination as they would when reading a novel, while each page is still filled top to bottom with wonderful art. While the text can get pretty dense at times, it doesn’t get tedious. 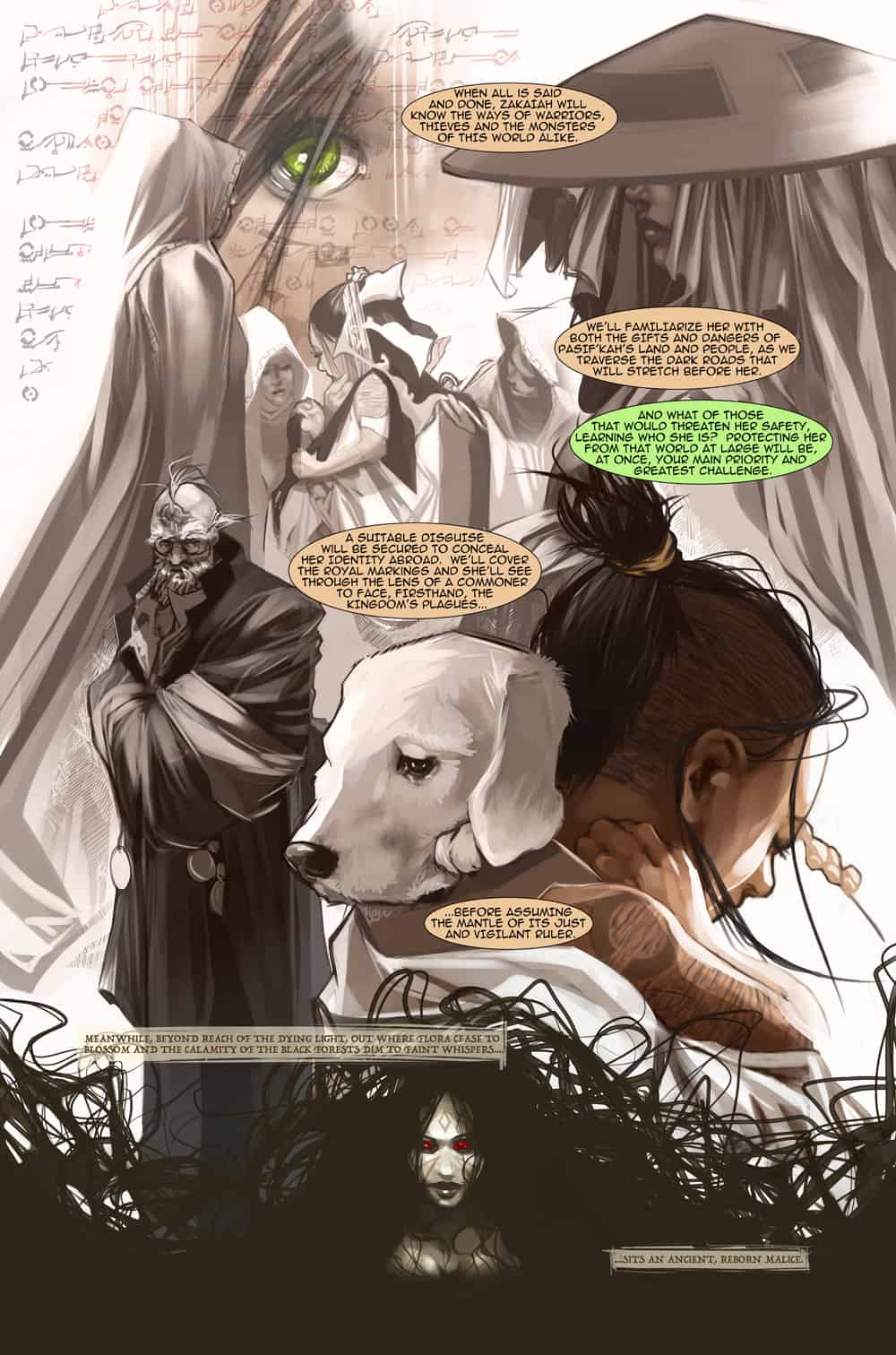 The story itself is a wonderous ftale of action and fantasy as a small group, including three magic wielders known as The Ternion and a few soldiers, sets out to do deliver an orphaned child queen to her throne to endure the Trials of the House of Jasser. Along the way we get a look at the landscapes and architecture of of Pasif’kah as well as creatures that inhabit it, such as vampiric beasts known as Soul Thieves who hope to prevent the young queen from reaching her throne. 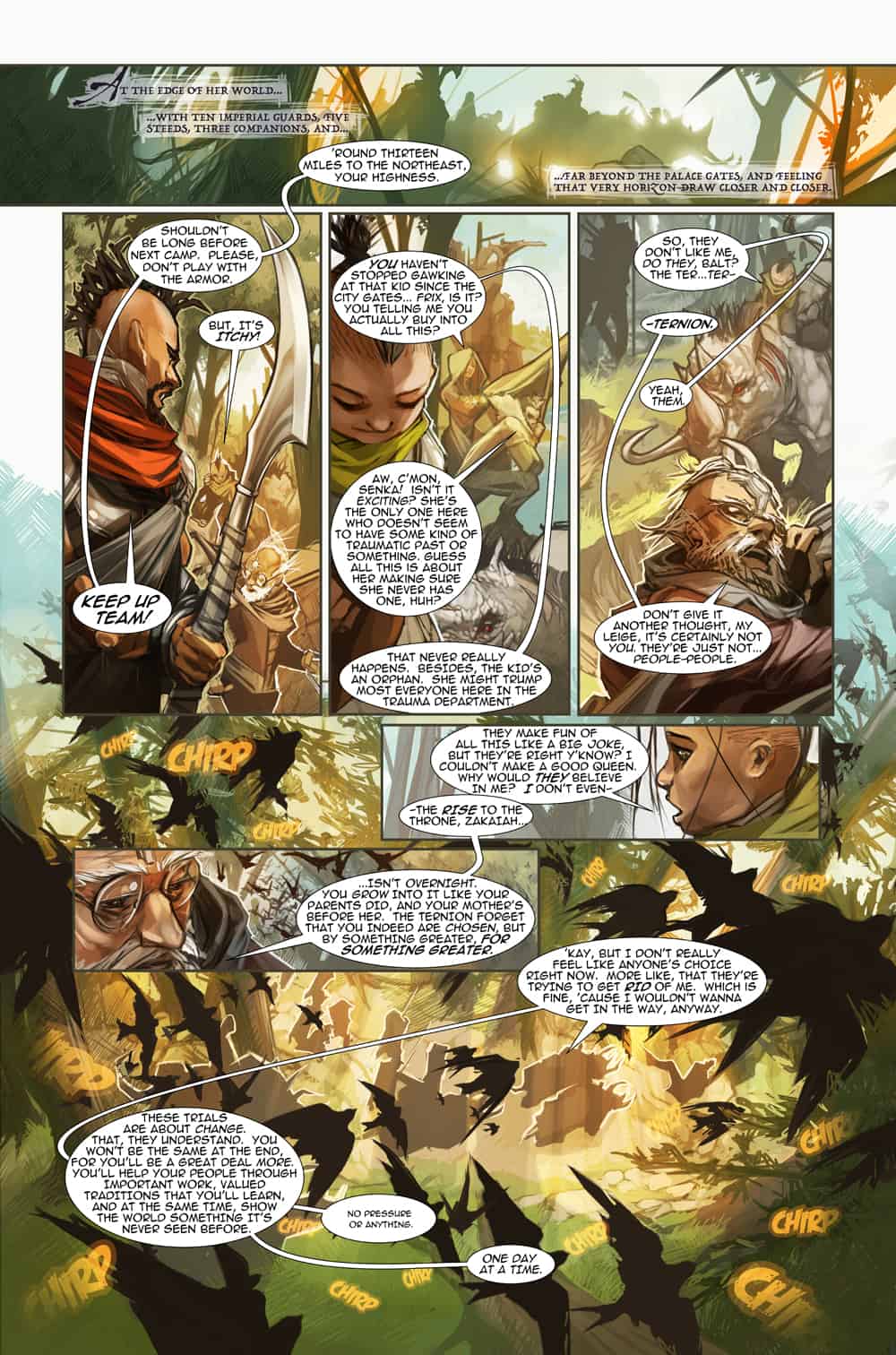 The art on this issue was absolutely stunning. Outstanding perspective and an intense attention to detail come together to often give the feel that you are actually there, experiencing the story with the characters. One thing I really loved was how some of the scenes we’re layered in such a perfect way that it gave it a three dimensional feel with the main characters practically stepping out of the page, middleground objects having a sense of closeness, and mountains and such in the distance obscured by the haze of atmosphere. Movements looked natural and fluid while stationary objects had such great texture you could almost feel them. 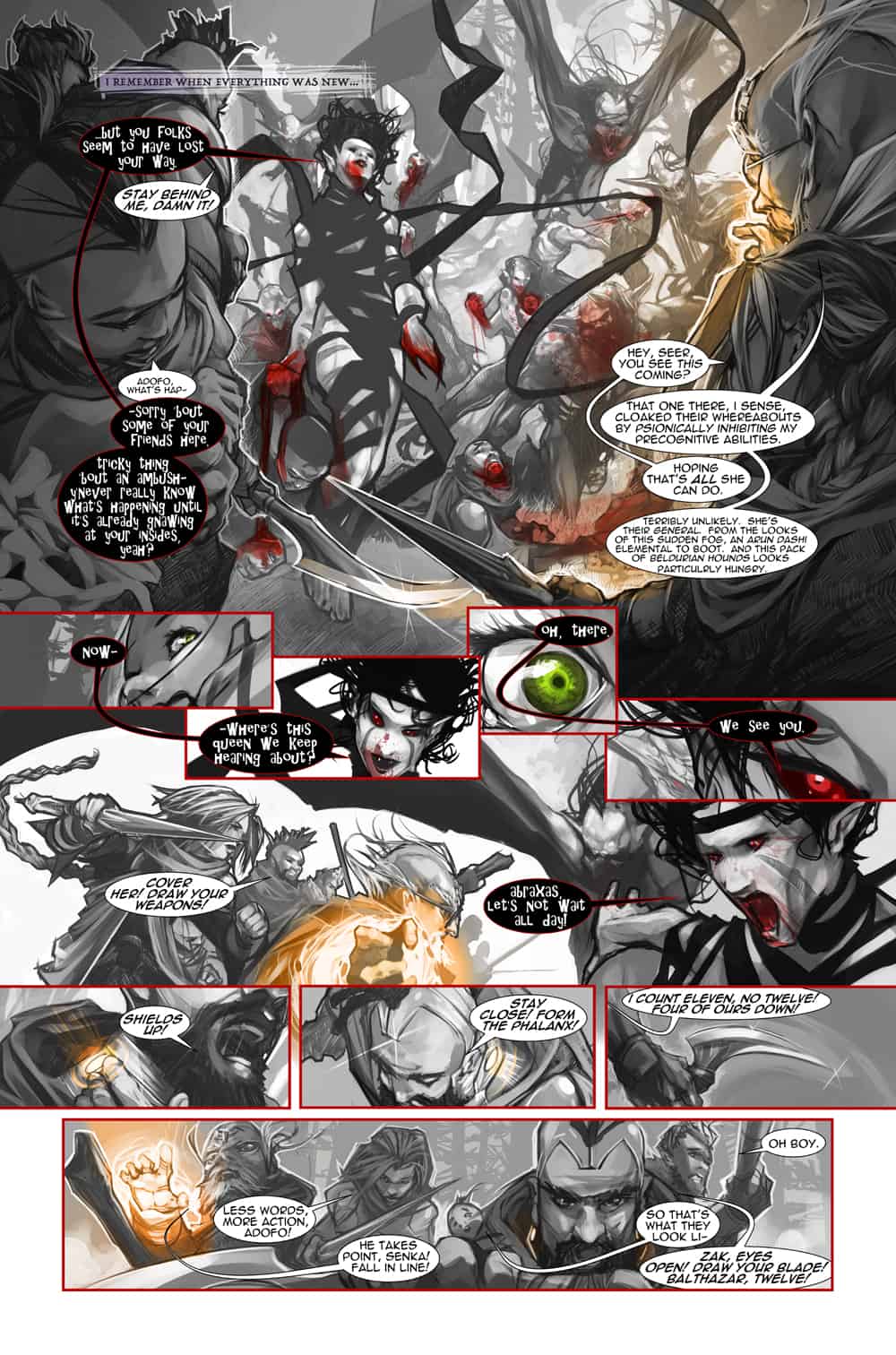 This is the start of what is sure to be a truly epic tale. A book that truly tests the limits of what can be done in a comic. 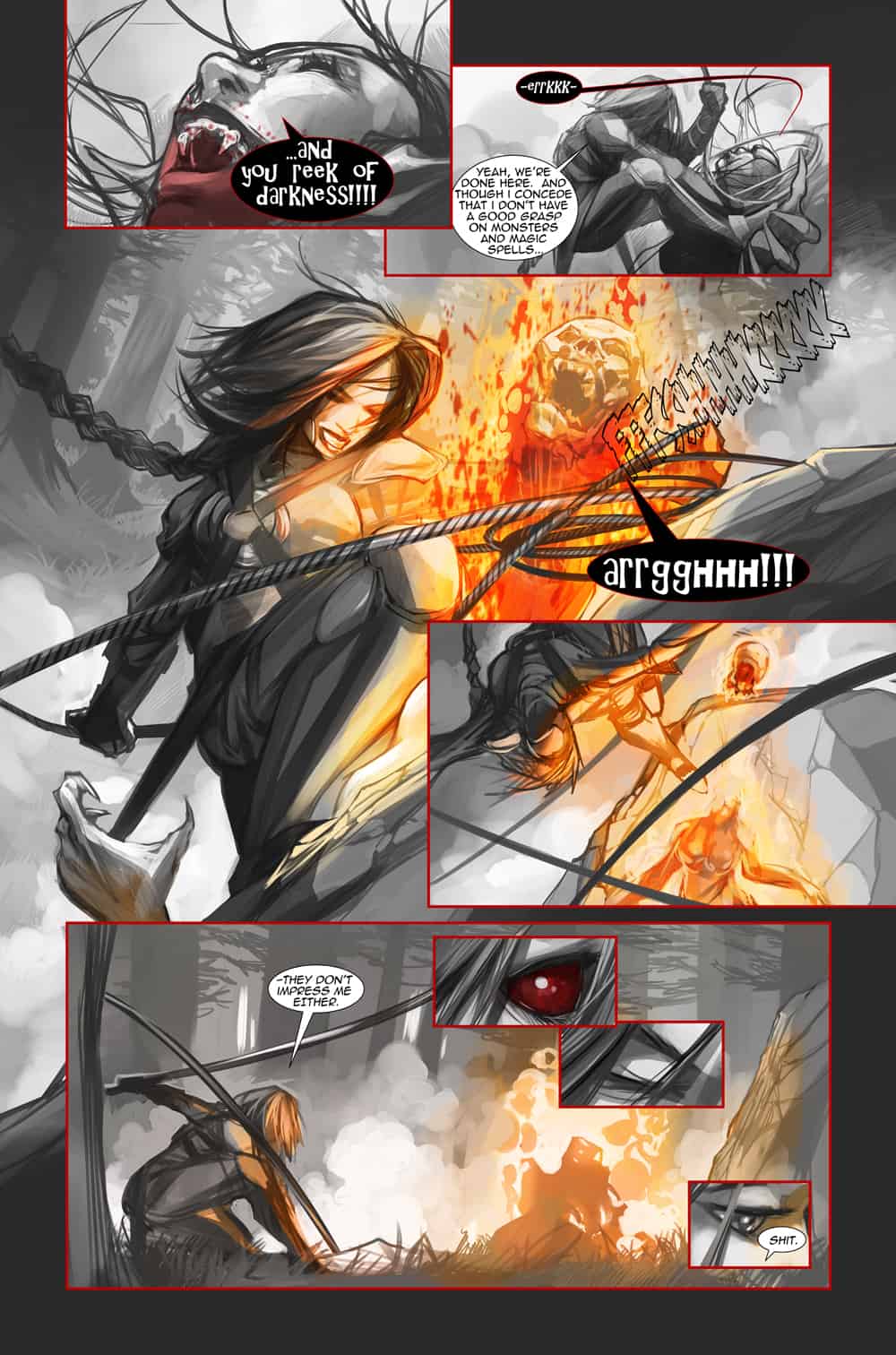 While a bit wordy at times, this book tells an enthralling story depicted with beautiful art. 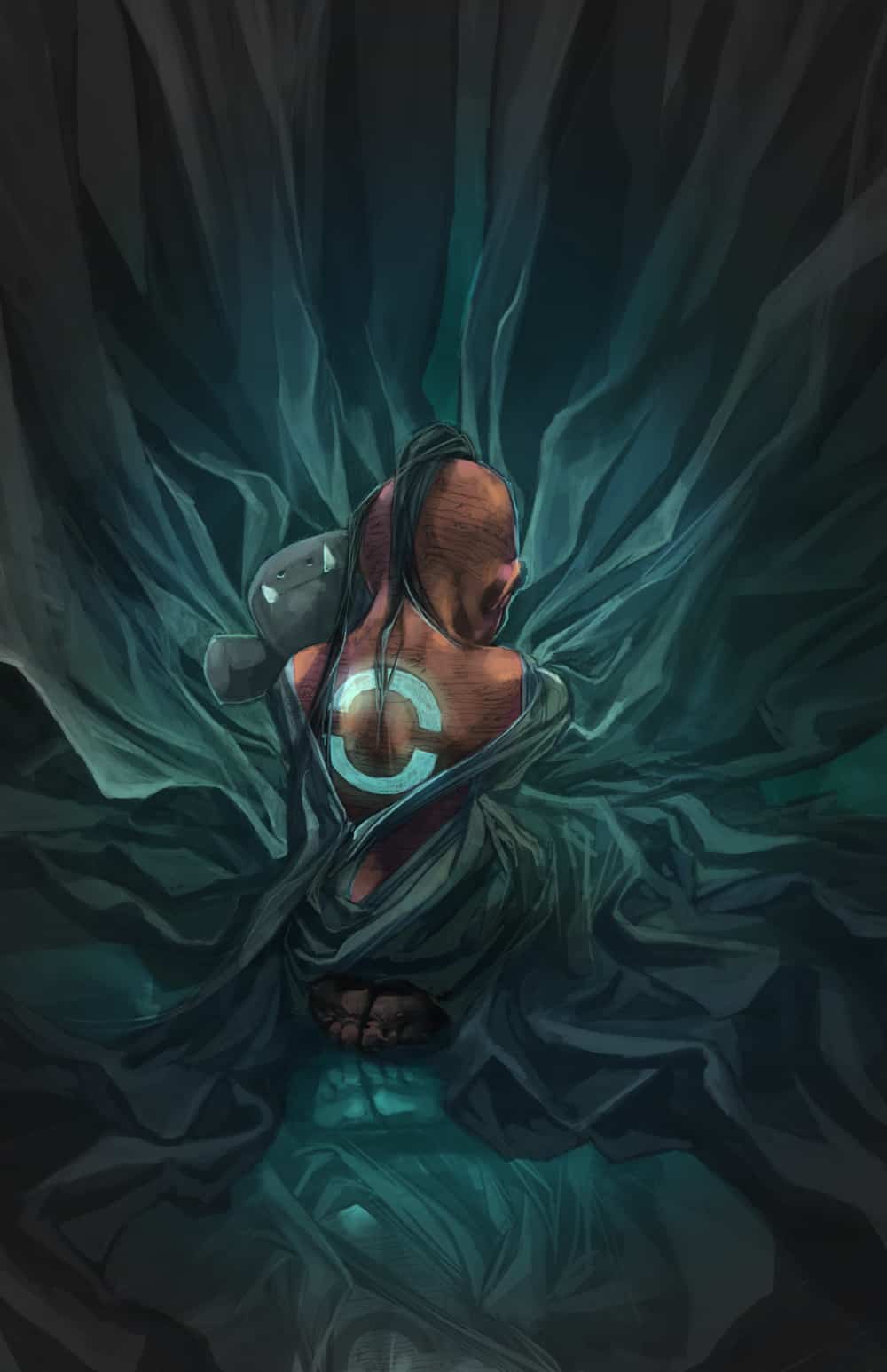