Robin and Batman #1: Poetry is an Orphan of Silence 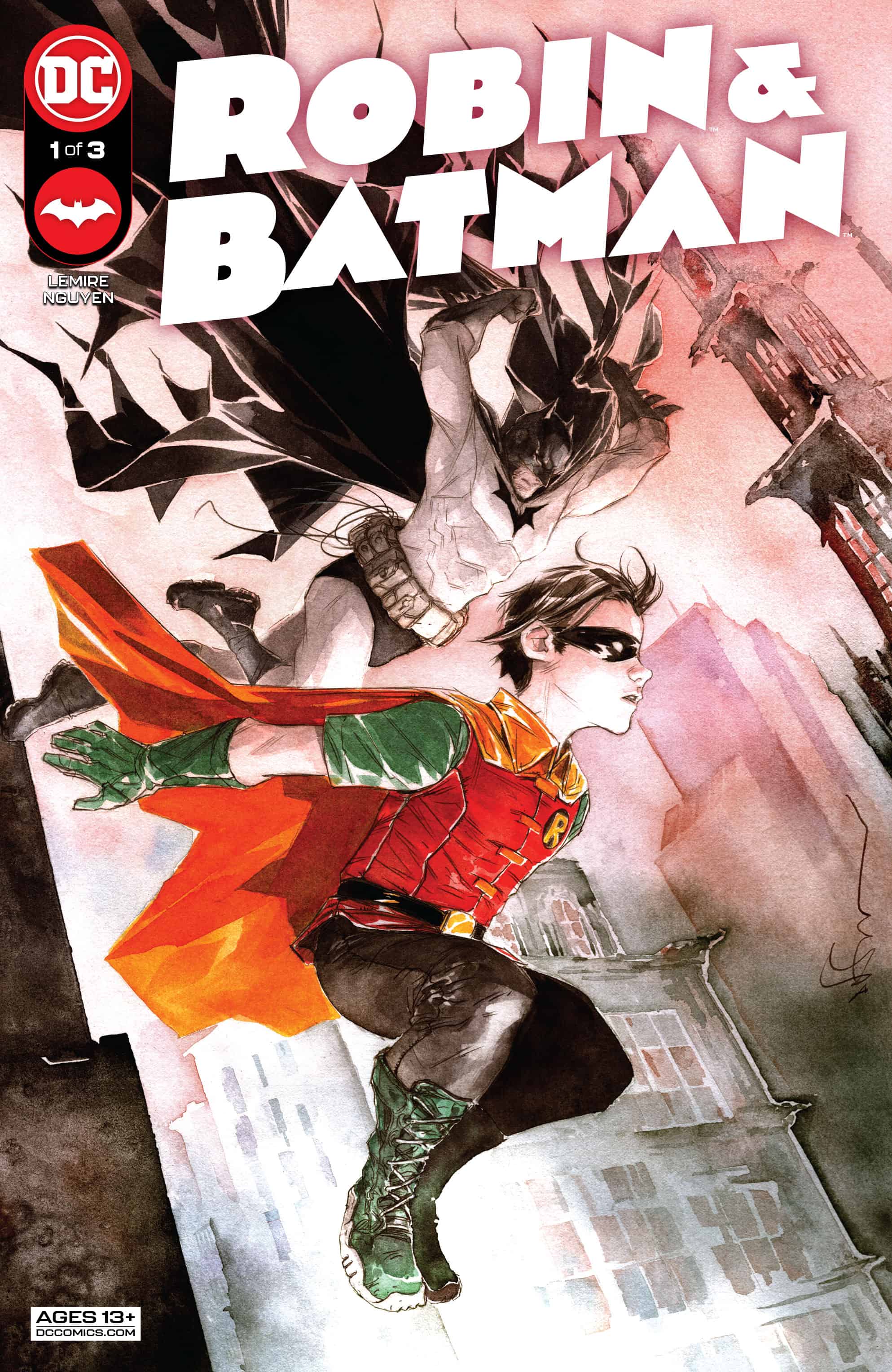 The legendary story of Batman and Robin has reached nearly mythic proportions: the crime-fighting Dynamic Duo, always one step ahead of the criminals they pursue and never meeting a case too big. This isn’t that story. This is the story of a young Dick Grayson, newly orphaned, struggling to find his way in a strange, difficult, dark new world…This is the story of Robin and Batman.

The bestselling creative team behind the Eisner-winning Descender, Jeff Lemire and Dustin Nguyen, reunite in Gotham City to tell the story of a remarkable young man learning to navigate an incredible new world! 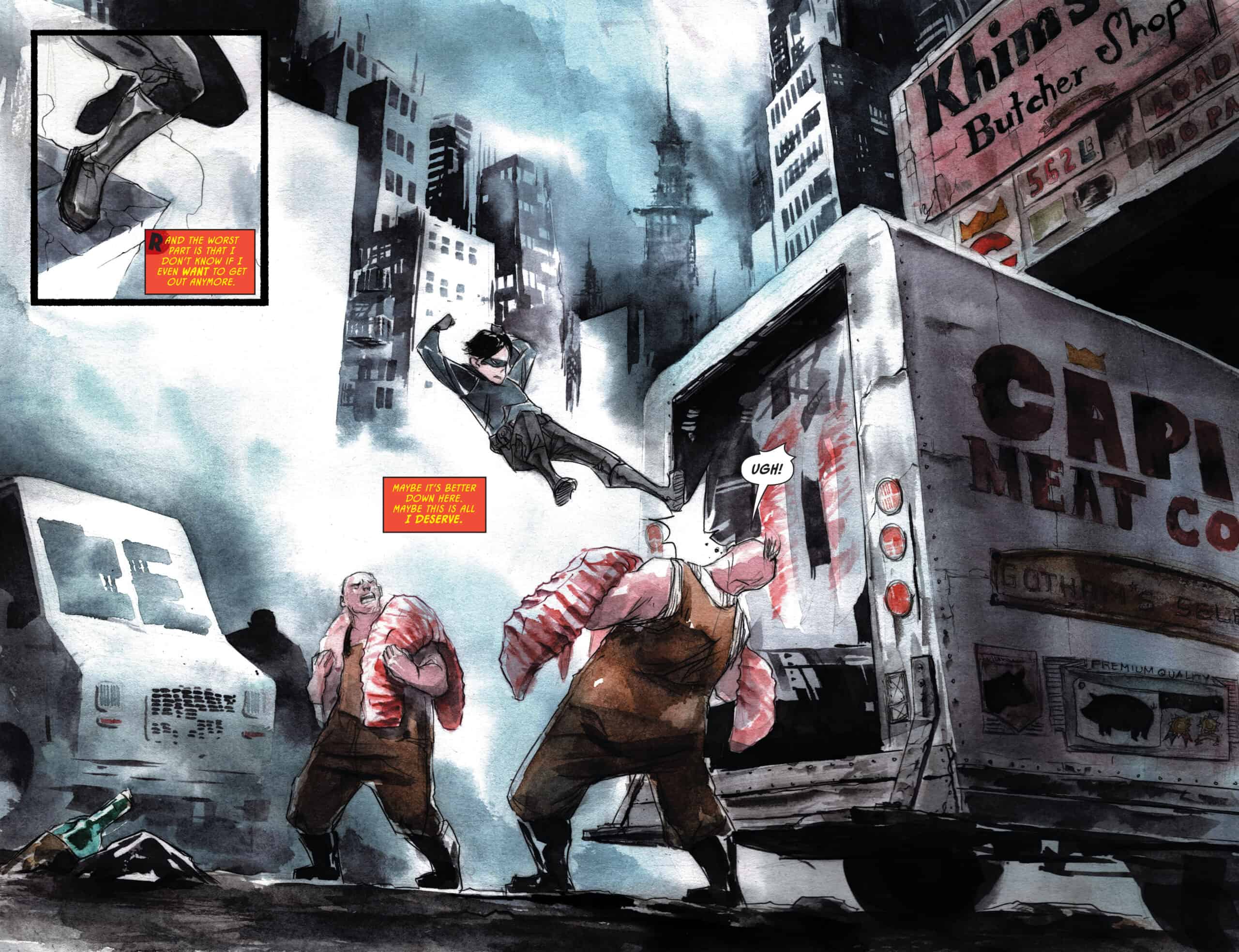 As over-reductionist as that statement may be, that is the general early trajectory of Dick Grayson in nearly every incarnation that has tackled his younger years. Eventually, feeling spurned by the Bat, Dick strikes out on his own, casting off “childish things” and becoming Nightwing. What sets Robin and Batman #1 apart from the many and varied similar stories is this story is the first time that I can remember that broaches the subject of Dick’s psyche as a newly orphaned child. That is where the poetic prose of Jeff Lemire and the remakable artistic stylings of Dustin Nguyen really take flight. The central tension between Dick as child and Bruce’s desire for Dick to cast aside the notion of childhood in order to become The Soldier is everpresent in this issue in several very tangible ways. Nguyen’s shifting color schemes from scene to scene, cycling between the brightness of Robin and the darkness of Dick accentuate every story beat, keeping the book from getting away from itself too far.

The final act of this first issue also sets up an incredibly interesting scenario. By shifting the focalization of the narrative, we follow a sequence in which Dick narrates about who he could be and whether or not he deserves to be down here in the ugly and the dark. But as he narrates, we follow the steps of Killer Croc seemingly grappling with the same demons. Gotham has no shortage of orphans and the idea of juxtaposing these two and their struggles to adapt to life as an orphan is fascinating. I can’t wait to see where this series goes from here.

From the superstar Descender team of @jefflemire Dustin Nguyen and @swands comes a thoughtful and heart-wrenching look at how a young Dick Grayson comes to terms with being an orphan in Robin and Batman #1 from #DCComics.

Robin and Batman #1: Poetry is an Orphan of Silence