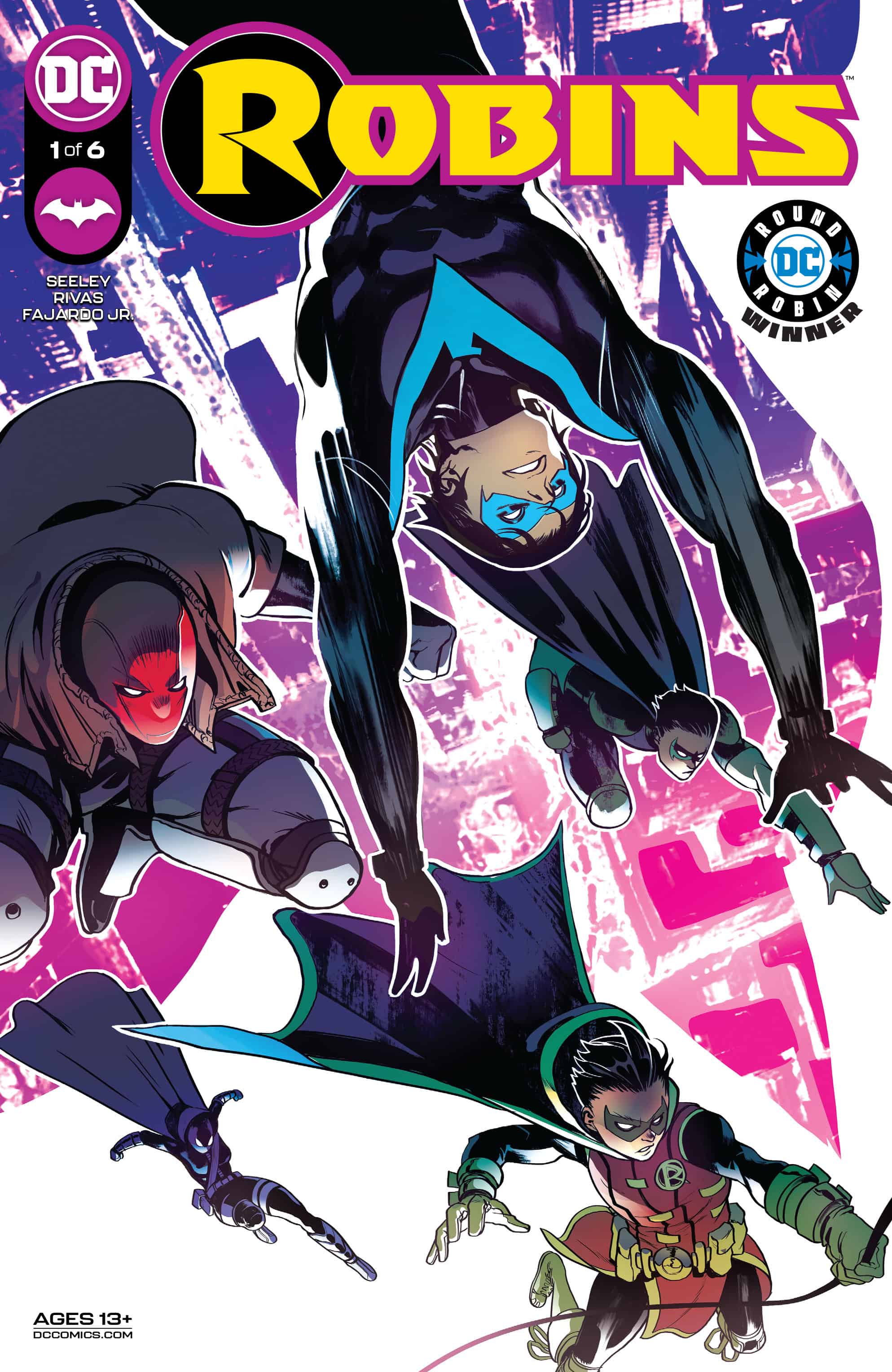 All of the previous and current Robins gather in Bludhaven to take down a terrorist attack and have a heart-to-heart about being Robins. Things go awry when echoes from the past begin to invade the present, orchestrated by a woman claiming to be the first Robin! 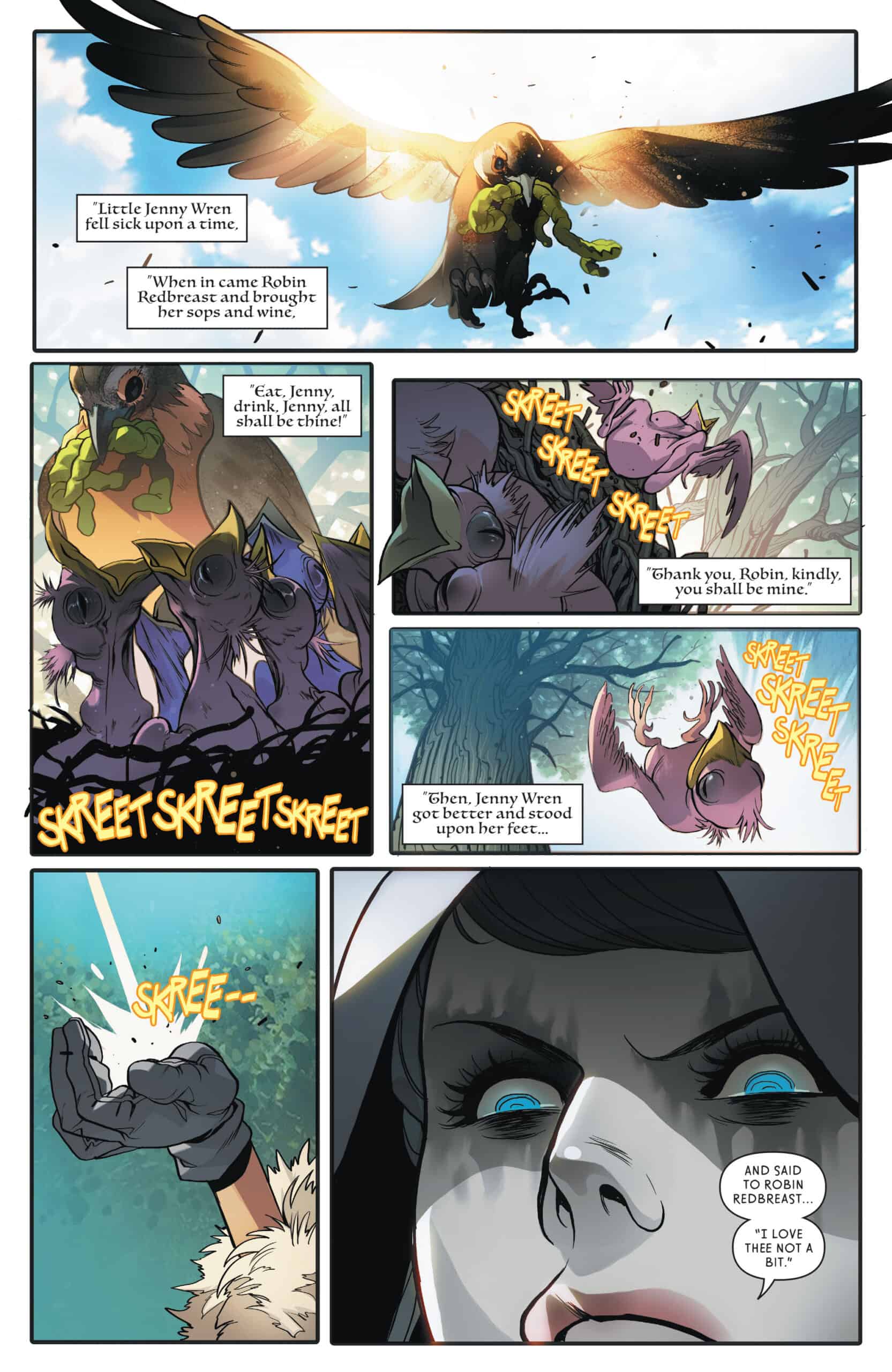 Let’s start with the elephant in the room. This book was the winner of the first DC Round Robin ballot. The controversy surrounding the book is that it was placed against JLQ (Justice League Queer) in the first round of the tournament and many believe the brand-recognition of Robin left JLQ–one of the only titles with queer representation–without a chance to win. I know many people who are boycotting the book on that regard, as is their right. I chose to give the book a chance on behalf of the creators, because they had no hand in designing the bracket and had no malice in their hearts. They just wanted their book made.

So was that book that won the tournament a winner in the end? The jury is still out. I want to lead by saying I think this book has high potential and from here, I expect #2 will be a marked improvement over #1 just based on where I anticipate the narrative trajectory to head. But as far as first issues go, Robins #1 isn’t going to be winning any awards. Right off the bat (no pun intended), there is a very strange energy surrounding the terrorist/cultist group, The Devotees of Anarky. The DOA are portrayed with many of the stereotypes associated with the Alt-Right QAnon type “movement,” speaking of the Deep State and calling people sheep. Anarky, however, was a far-Leftist character so immediately the political charge in the book was murky at best and off-putting at worst.

But with the DOA defeated and the Robins congregated at Nightwing’s apartment, the real awkwardness sets in. The Robins’ reason for gathering is stated: “We’re going to talk about how we were all Batman’s sidekick, Robin, and decide once and for all, if that was a good thing or not.” And then we… ahem… round robin around the table and each Robin talks about how they came to the role, what it meant to them, and what it means to them in hindsight. For the uninitiated, I can see how this sequence is something akin to a literature review in an academic paper. Show your sources, establish continuity, et cetera. It’s fine but it’s not great as far as impetus to get them all together goes. However as the issue enters the third act and the reason for the series comes into focus, all of that flimsiness of the “why” is put into the rear-view mirror and a fun story seems to be emerging on the horizon. 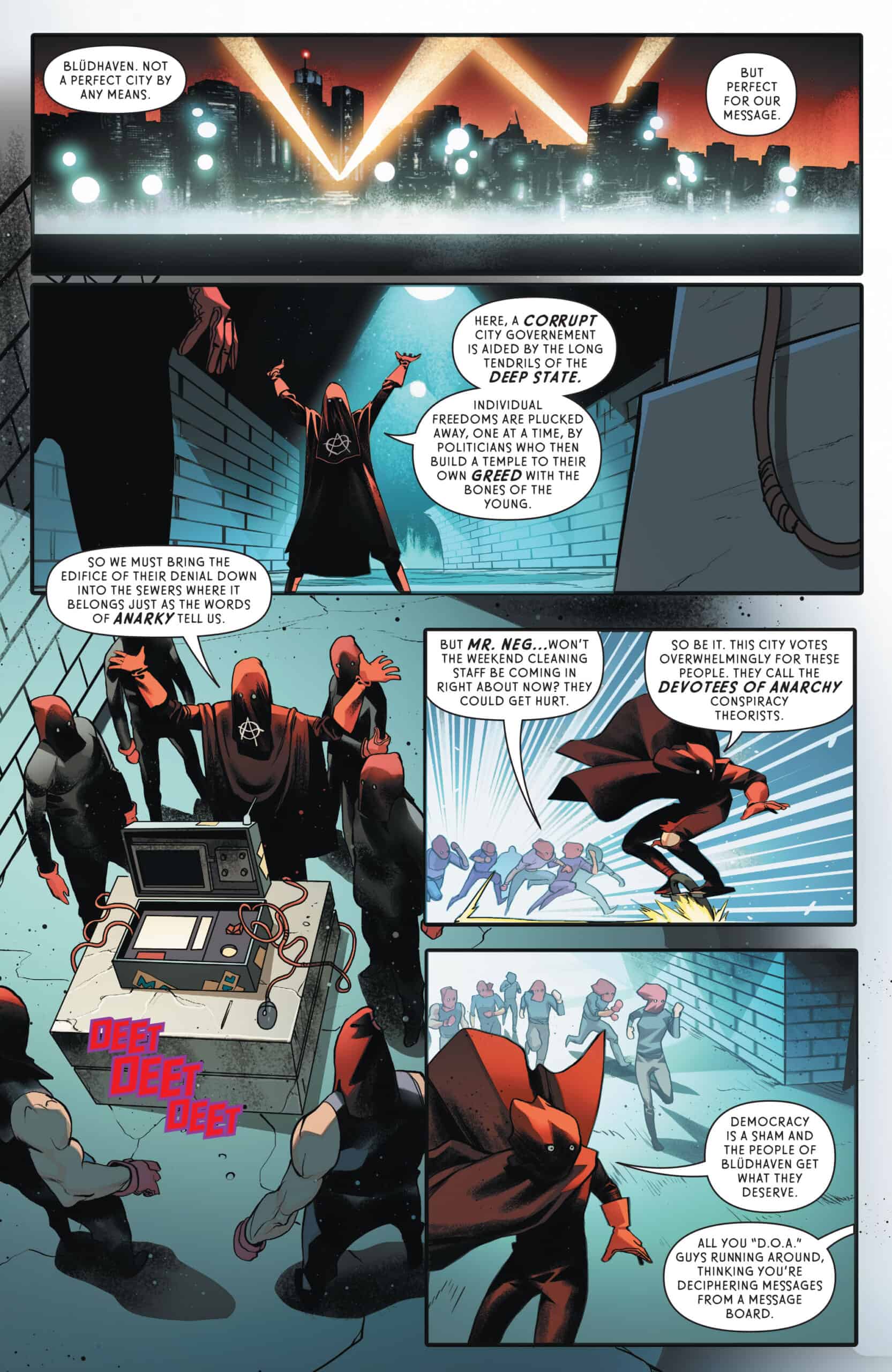 Artistically, the book has a certain uniqueness to it’s aesthetic that seems to hover somewhere between western comics art and a highly stylized manga. In the aforementioned Robin meeting, there is emphasis placed on Dick’s lack of central air almost as a means to explain why all the characters are sweating around the table. It was a strange choice but it does seem to play into the stylistic choices being made here. The colors are bright and sharp and in no surprise at all, Steve Wands does an excellent job with the lettering, particularly in the opening sequence. The book certainly has all the potential to be very fun but the writing will have to tighten up a bit moving forward for it to really stick the landing.

Robins #1, winner of the Round Robin tournament, is a story with a lot of potential but suffers from a bit of a rocky start as all the past Robins unite to discuss being Robin and are flung into a new mystery.