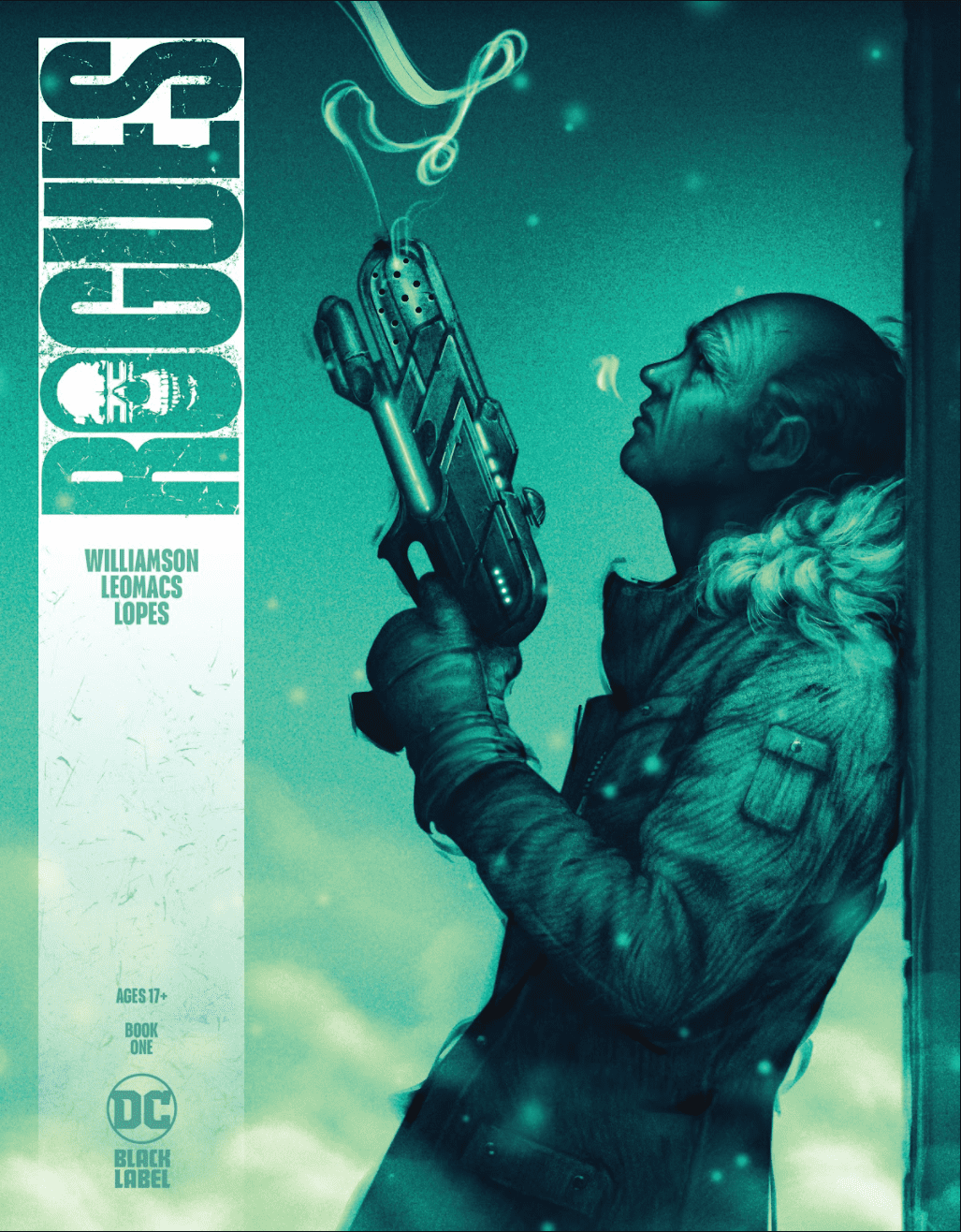 Ten years ago, the Rogues disbanded. Now, stuck in dead-in jobs, rehab, or on parole, their lives have gone from glamorous supervillainy to has-beens, forgotten by the world that's been all too quick to move on. But Lenard Snart, formerly known as Captain Cold, has a plan... the score of a lifetime. The famous "one last score," even. But to pull it off, he'll need his old comrades - whether they want to help or not.

Comics don’t get much better than Rogues.

Taking a tried-and-true formula – the mythic “one last job” crime story trope – and fitting it like a glove to the Rogues Gallery, writer Joshua Williamson proves he’s one of the best writers in the field today, with an uncanny knack for characterization and spot-on narrative beats. A story like this could have felt like a string of cliches, but instead, Rogues feels exciting and lived-in. Captain Cold, Golden Glider, Magenta, Bronze Tiger, Mirror Master, Trickster, and Heatwave all feel like exactly what you’d expect if their characters actually aged in real time, and had to face the real world’s consequences for their actions.

Cold, for example, is stuck on parole with randomized urinalyses and a dead-end factory job; Trickster is shamelessly scamming old women with a phony magic show; Golden Glider has actually succeeded in turning her life around but secretly longs for the thrill of her old life. The others aren’t much better. All the characters’ arcs ring true, as do their reasons for falling in line with Snart’s master plan.

And what a plan it is…

Suffice to say, they’ll be lucky if they don’t wind up like Weather Wizard and Captain Boomerang, whose ill fates are strongly hinted at through the story as the reason the Rogues got busted ten years back and their stories still resonate loudly today. Snart’s plan is both fiendishly simple and bone-chilling in the hundreds of incredibly fatal ways it could go wrong. And as a bonus, it absolutely, positively is the kind of story you could ONLY tell in the DC universe.

Tapping into the “DC-ness” of it all is one of Williamson’s strengths as a writer (probably why he got tapped for both the recently-concluded Justice League Incarnate as well as the upcoming Dark Crisis: no writer in DC’s regular stable since the heydays of Geoff Johns and Grant Morrison has felt as uniquely in sync with what makes DC great more than Williamson. He seems to have a genuine love for what makes the DCU tick: larger than life villains that gleefully cling to their Silver Age roots, the pantheon of gods as heroes, the multiverse. And while he doesn’t always hit it out of the park (but what writer does?), it isn’t for lack of trying. Sometimes, stories fall prey to editorial edicts, or less cynically, sometimes they just don’t quite land right. That’s okay. DC clearly has a TON of faith in Williamson’s ability, as so much of their current and future continuity is bound up in his hands. Rogues, really, is more of a bonus than anything else – and an extremely welcome one at that. The Rogues haven’t been this well-written since Geoff Johns’ seminal run on Flash, and that’s saying a LOT.

Artist Leomacs is a revelation. Hailing from the more mature side of DC’s publishing with Basketful of Heads and the recent Lucifer resurrection to his credit, his art is lush with detail yet easy on the eyes at the same time – clearly influenced by the likes of Geof Darrow and his particularly European style of art, where more cartoony figures are flanked by extraordinarily detailed backgrounds. Matheus Lopes’ vibrant colors leap right off the page and are highly complementary of Leomacs’ linework; let’s hope these two work together again in the future, because they play to one another’s strengths perfectly. Sometimes Leomacs leans just a slight bit too much into the cartooniness of his style, and the seriousness of a given scene is somewhat undercut, but that’s a highly minor quibble. In all, Rogues isn’t just a great story, it’s art perfection, too (and yes, that includes letterer Hassan Otsmane-Elhaou, who along with Aditya Bidikar is currently redefining what lettering looks like as an art).

Whether you're a fan of old-school crime capers or the Rogues or both, Rogues is a comic for you. The whole thing is flawlessly executed to such a degree that it's impossible to stop thinking about this comic long after it's read.