Rogues #2: Stick With The Plan 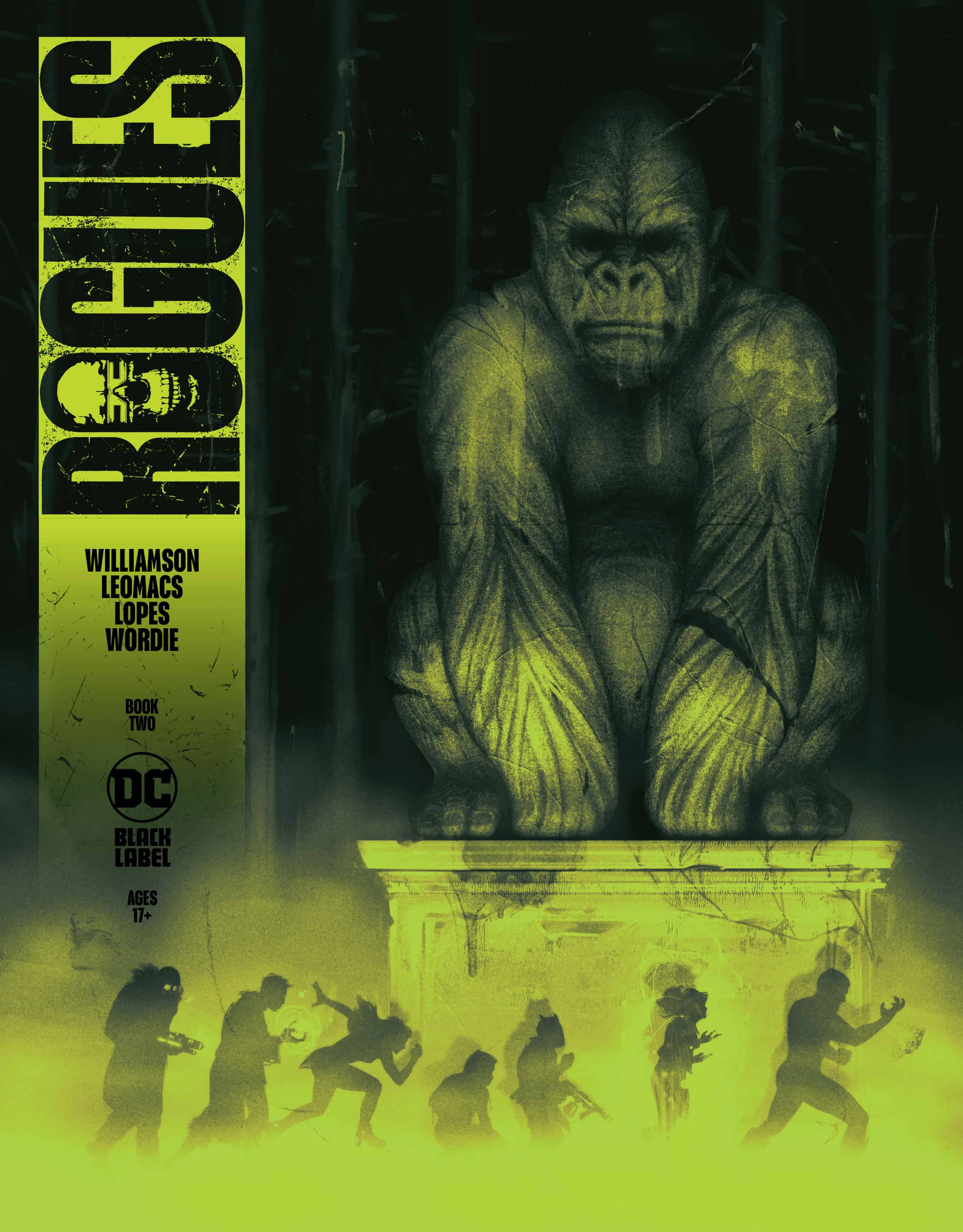 You might think you know Gorilla City, but you don’t. Not a soul who has gone looking for the secret kingdom has ever returned. You’d think the Rogues would know better than to go searching…but they either don’t know or just don’t care. The down-on-their-luck ex-cons are back together for the heist of a lifetime, but every time Captain Cold thinks he’s got things all figured out, the rug is pulled out from under him. And even if they make it to Gorilla City alive, they have a version of Gorilla Grodd unlike anything you’ve ever seen waiting for them…Continuing this groundbreaking neo-noir take on some of the DCU’s greatest villains!

This is a book everyone should be reading. Rogues #2 is as strong, if not stronger, as issue #1. Josh Williamson’s vast knowledge of the DC Universe will always blow me away, and it makes sense that he is behind the next big crisis. However, I am so happy that Rogues is a DC Black Label book. This gives the creative team so much more freedom to work with this story and its characters without worrying about continuity. DC Black Label puts the focus on the characters, which is what makes Rogues so good.

Captain Cold could have spent every second of the last decade coming up with a plan but he couldn’t predict the exact thoughts and actions of the rest of the Rogues. Cold might still be cold, but ten years is a long time, especially when the rest of the team had moved on with their lives. Gorilla City isn’t even what they expected, and that can be seriously intimidating. At one point, the team wants to shift the plan to focus on the facility with shipping trucks coming in and out. But Captain Cold is… cold, and he refuses to change the plan, even if it means threatening the lives of his team.

One more pun: This is a super cool-looking book. Leomacs is an incredible artist and is a major reason why this book is so good. The style can be dark gritty but switch to being light and humorous without missing a beat. The Rogues all look incredible, and Leomacs does an excellent job making them look intimidating and dangerous while still being ten years past their primes. There have been a few times in recent memory where I stop reading to hold a book or tablet up to someone to say, “look at how gorgeous the coloring is!” Mat Lopes is usually one of the artists on the book when I do this. With issue #2, Lopes is joined by Jason Wordie on coloring duties. The coloring of this issue is stunning. Leomacs’ pencils can be really detailed, but the two colorists do an incredible job making sure every detail gets its day. Even with a huge shift visually from the jungle to Gorilla City, the two places retain a lot of the same colors reminding you where they are. Hassan Otsmane-Elhaou has a lot on his plate with so many distinct characters, but his lettering makes sure not a single line of dialogue is lost or misinterpreted and elevates the writing into some really fun moments. The Rogues are a bunch of really interesting characters with distinct looks and abilities, and Otsmane-Elhaou’s lettering does a great job capturing those qualities.

If you are only going to read one book this week, make it ROGUES #2. Captain Cold and the Rogues have found Gorilla City, but now they need to stick to the plan!

Rogues #2: Stick With The Plan