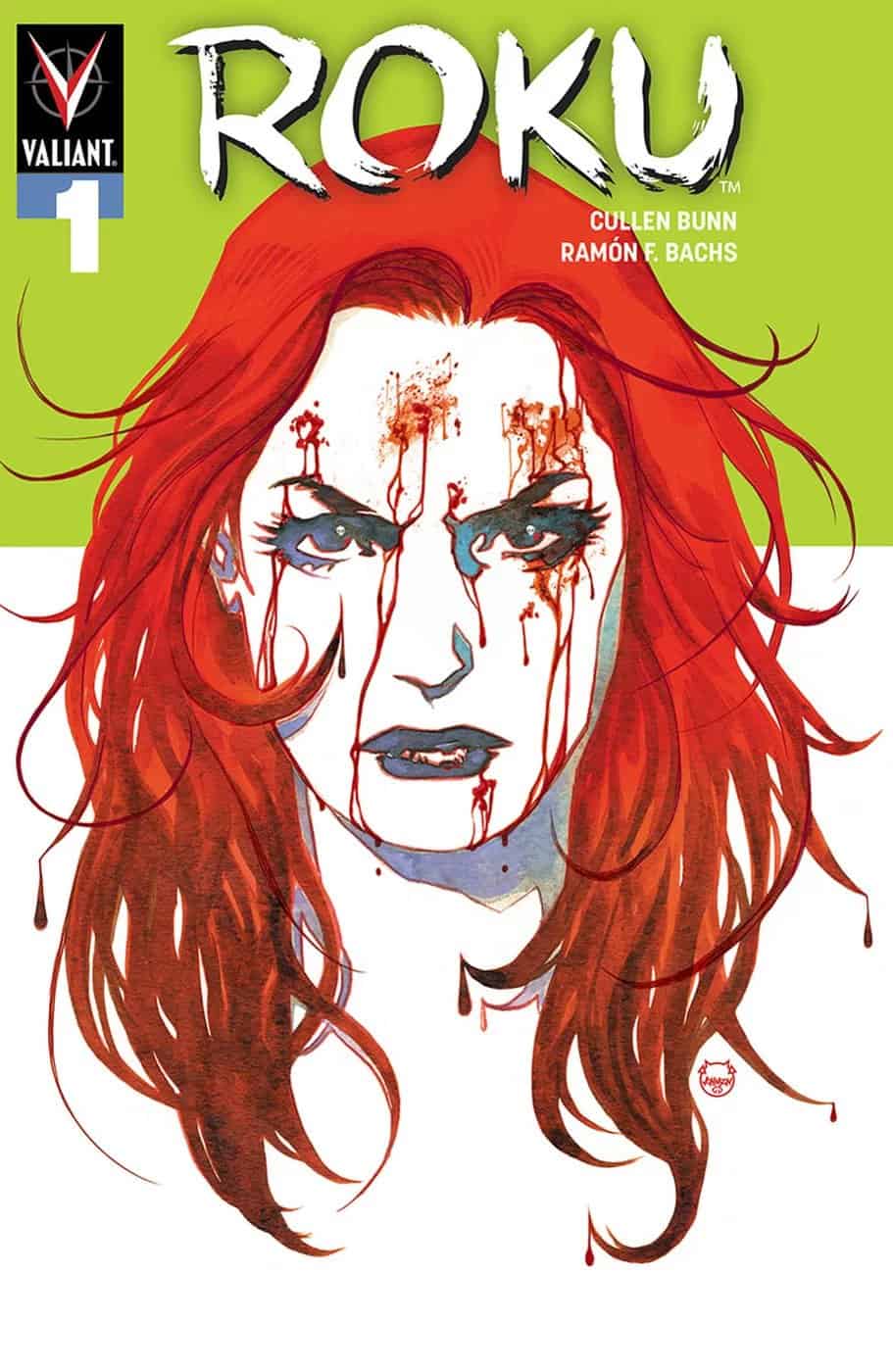 How many lives must the lethal assassin Roku take in her first series?

Killing her way around the globe, the deadly weapon called Roku will face a challenge she can’t simply execute.

Being bad has never been so fun.

Roku #1 delivers all the intense heart-pounding action you could ever want in a comic!

First off, I love that Valiant describes this book by saying “being bad has never been so fun”, because it couldn’t be more true. Though I would have to say, being BADASS have never been so fun! Although we really haven’t seen a lot of the character around the Valiant universe lately, in issue #1 of Roku’s very first solo series, we are thrown right into the action with Roku carrying out her deadly mission in a random nightclub. As we move from one setting to the next, there is one thing that doesn’t change.

Roku is a remarkable character if only because of her ferocity alone. Her deadly hair and manipulative powers make her a lethal force to be reckoned with, and this creative team pulls off a first issue that encapsulates that aspect perfectly. They keep the momentum going strong with a fast-paced narrative that is relentless in its violence, but still kicks off an interestingly complex story to keep readers engaged.

At the heart of Roku #1, we find a tale from writer Cullen Bunn that questions morality itself. Roku is a character who is sometimes defined by her apparent lack of morality, which of course makes her that much lethal, but it also exposes a potential weakness. What if she discovered a sense of morality, however small? What would that do to how she approaches her deadly career and overall outlook on life? These questions will play a crucial role going forward, but the stage is set in issue #1 for something really exciting to unfold.

Ramon F. Bachs and Stephane Paitreau don’t hold anything back with the visuals. The violence is gory and the action stunningly dynamic, but Roku steals the spotlight with every panel she’s in. Her flowing hair fills the pages with streaks of red that are remarkably striking. While I would have liked to see a bit more background work, it almost feels wrong to complain with such great execution. Dave Sharpe also once again absolutely nails the letters as well, it’s nothing too extravagant but works for the action-packed nature of the story. The result is one thrilling book to look at!

Overall, I couldn’t be more excited about Roku #1. It captures her uniquely deadly charm while also introducing some interesting new elements to explore going forward. It’s a great jumping on point for any fan looking to dive in, no matter how much Valiant you have read. So don’t miss out!

Roku #1 delivers all the intense heart-pounding action you could ever want in a comic. Don't miss out!