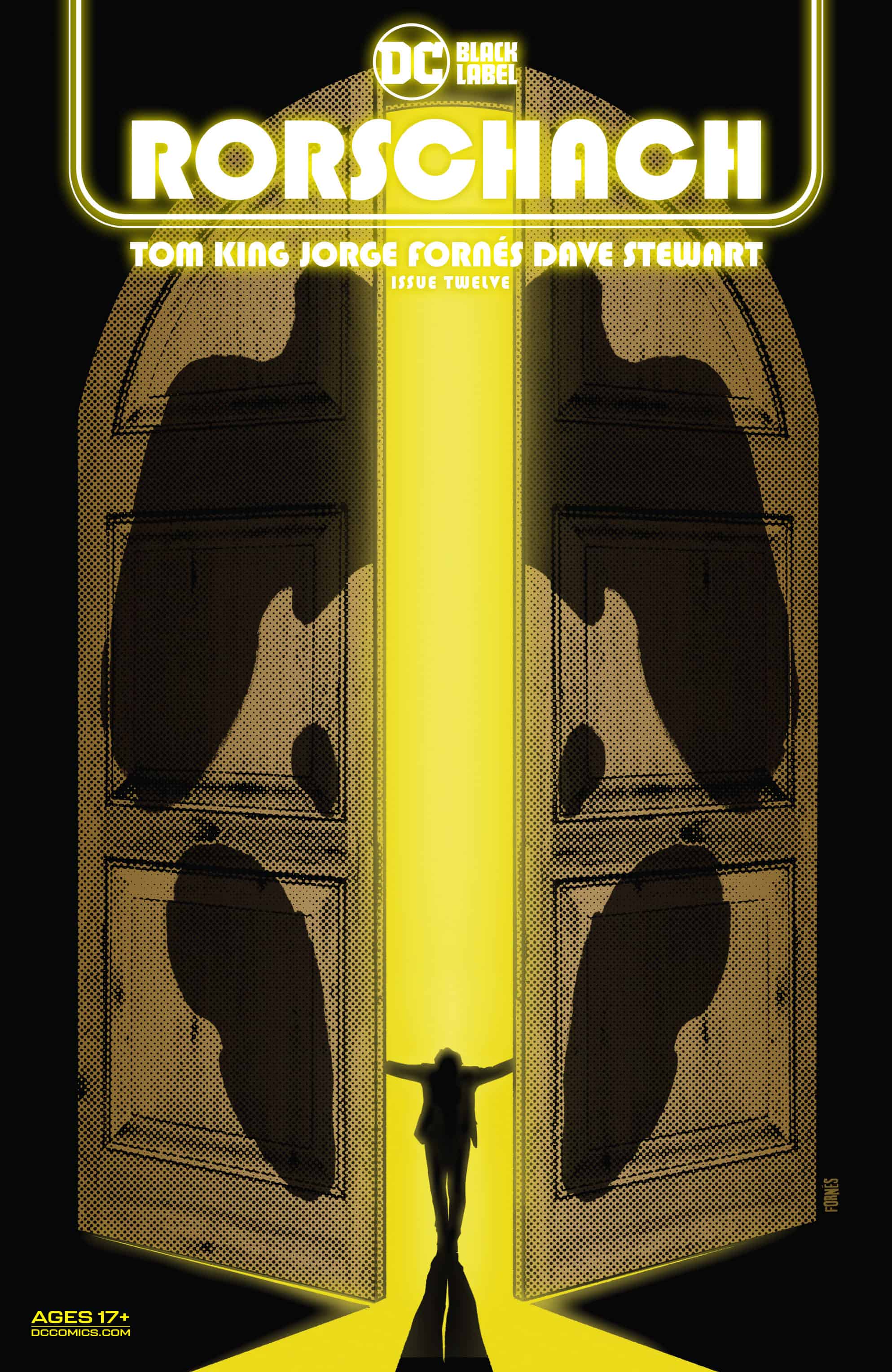 For twelve issues, our Unnamed Detective has investigated Wil Myerson, Laura Cummings and everyone complicit in their assassination attempt of Governor Turley. How has this journey changed him and what will he do with the answers that he’s found?

And here we are at the end.

For twelve issues, Tom King has been planting the seeds of a mystery involving alien mind control, mysticism and political deception. Every page has opened readers up to new questions, solved older ones or just completely turned the story on its head with each final page. So the question is, do these final three issues make the series as a whole worth reading? The answer to that is…complicated to say the very least.

Tom King’s style of writing lends itself very well to the nuances of noir storytelling. He makes use of various theories throughout the investigation, he litters red herrings throughout the tale and has excellent use of past events to give readers an idea of what actions the criminals took during their crimes. The problem with the ending, however, was that it was sort of deflating. While the TV show explained that Adrian Veidt, Ozymandias, was the one teleporting in the rain of squids across the United States, I would have liked Laura’s conspiracy theory about squid mind control to be the surprise reason behind her attempted assassination of Turley. This, combined with the idea of there being reincarnations of Rorschach, would have been an interesting twist to the story that would have set it apart from every adaptation or spin-off that we’ve gotten in the years since the original. 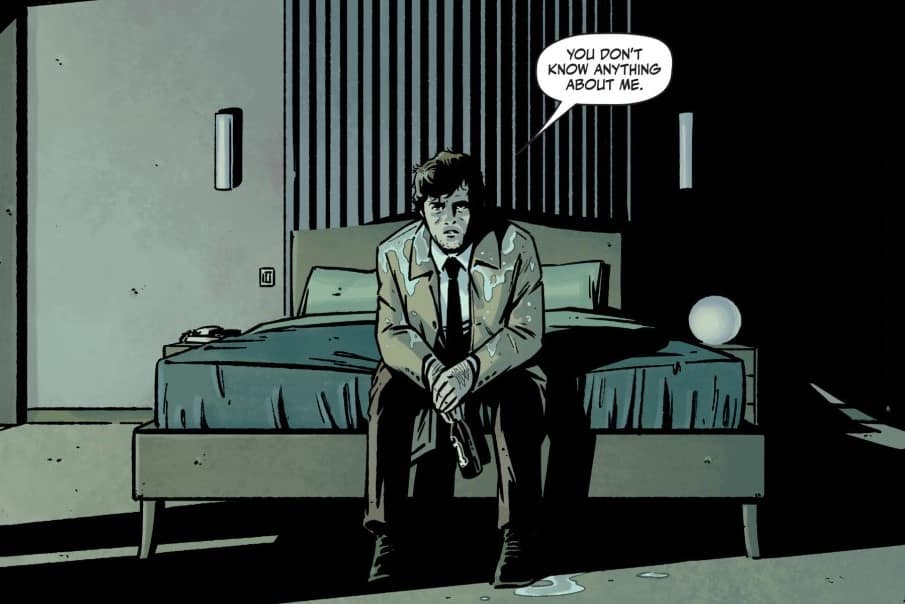 I enjoyed The Detective rationalizing every action made during the book and it makes sense that he would need to step into Laura or Wil’s shoes to do so, but in issue #11 King takes that concept a step further and actually makes it seem like The Detective talks to them and they reply. We never get an explanation, whether or not he’s crazy or something in his past makes him more perceptive than most. At no point during the story did it seem like he wanted to do more than just solve the case, but in the end he chooses a side and it comes out of left field, especially as he shows a sudden surge of emotion in the last two issues that seems out of character for this man that has been nothing but a blank slate up until this point.

This final act of the series also has a feeling of being rushed as we see the set-up of the assassination, are given an explanation and then we have that explanation flipped on its head in the very next issue. Issues ten and eleven want to feel like more than they are with the Detective realizing that someone is lying to him about the events leading up to the assassination, leading to him having a break down and having the aforementioned conversation with Rorschach and The Kid, revealing that they’ve been the ones guiding his journey to the end. It feels more nonsensical than anything. 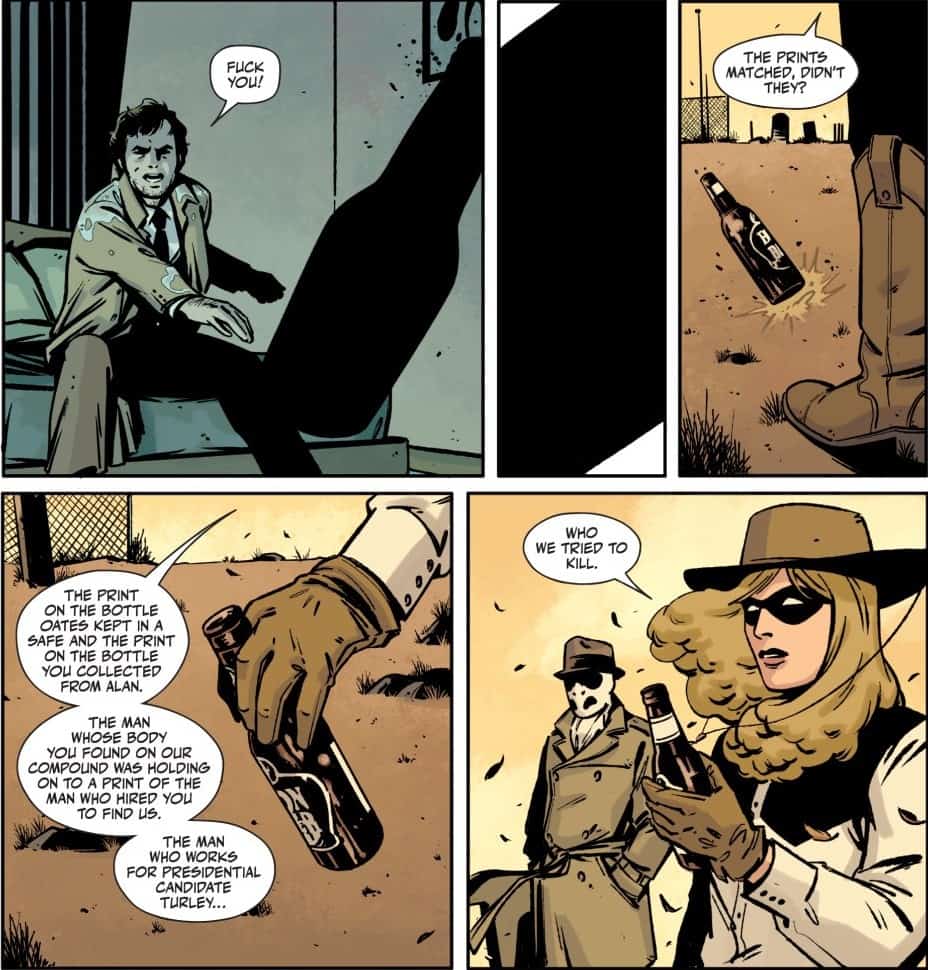 As always, Jorge Fornés art elevates this series above and beyond the script. Issue ten could honestly be a template in what good detective storytelling could be in comics, right up there with most Hard Case books and the works of Sean Philips, in my opinion. He makes use of heavy shadows thanks to some dark black inks, he makes sure to place focus on even the smallest of details that will come back later in the book, and he uses a wide variety of angles and shots to make the entire book look visually interesting from panel to panel.

Dave Stewart’s colors bring the issue together with good use of tints with greens and blues to differentiate scenes in the past and the same deep reds that just explode off of the page when heavy violence needs to be conveyed. The present scenes take place in a restaurant with normal lighting, but Stewart manages to show a little bit of his hand by having the Detective wear earth tones against a red backdrop and having the man who hired the Detective wearing cool blues, giving off a slight bit of suspicion. 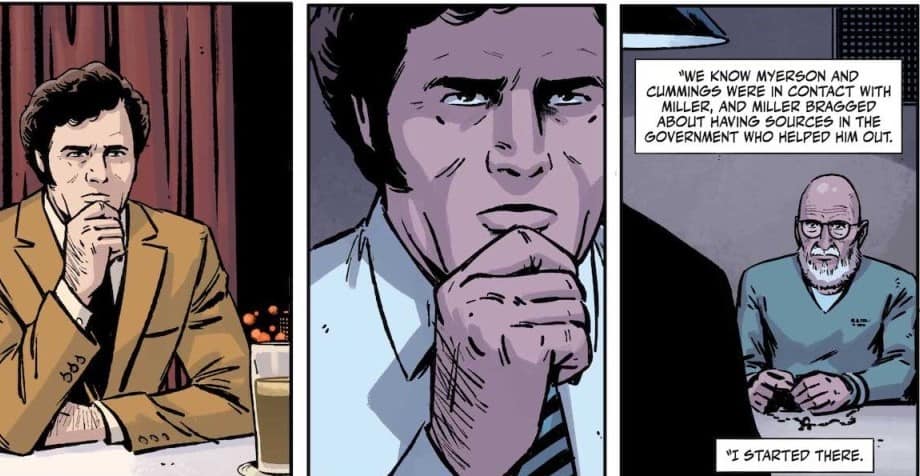 Issue eleven. Fornés continues to make use of the back and forth style of previous issues, by showing readers the three way conversation between The Detective, Wil Myerson and Laura Cummings as The Detective puts together the entire investigation over the course of twenty-three pages. Fornés makes sure to emphasize that The Detective is going through a rebirth and he takes off a little bit more of his clothes with each panel while Laura explains the steps that she and Wil took to get the Detective to where he is; This culminates in an awesome shot of Rorschach shooting The Detective in the face in a four panel page that slowly zooms out and maintains focus on his naked body and blood covered face, showing that he’s the next to inherit the persona.

Dave Stewart’s colors in this issue run the gamut of depressed blue-greens for The Detective scenes as he knows he’s going to have to do something that he doesn’t want to do; the high yellows of the desert with Laura as she seems to have a more enthusiastic feeling about The Detective and why the heroes disappeared, thinking that they’re just lying in wait to do the right things like they used to; and hazy purples that reveal the truth of what really happened in the past, from the woman who called about the assassins in the last issue and why Redford’s personal security guard shot The Kid. They give the issue a sense of character and life as all of the cards are on the table even though they could have been revealed as the story ran instead of in just one book. 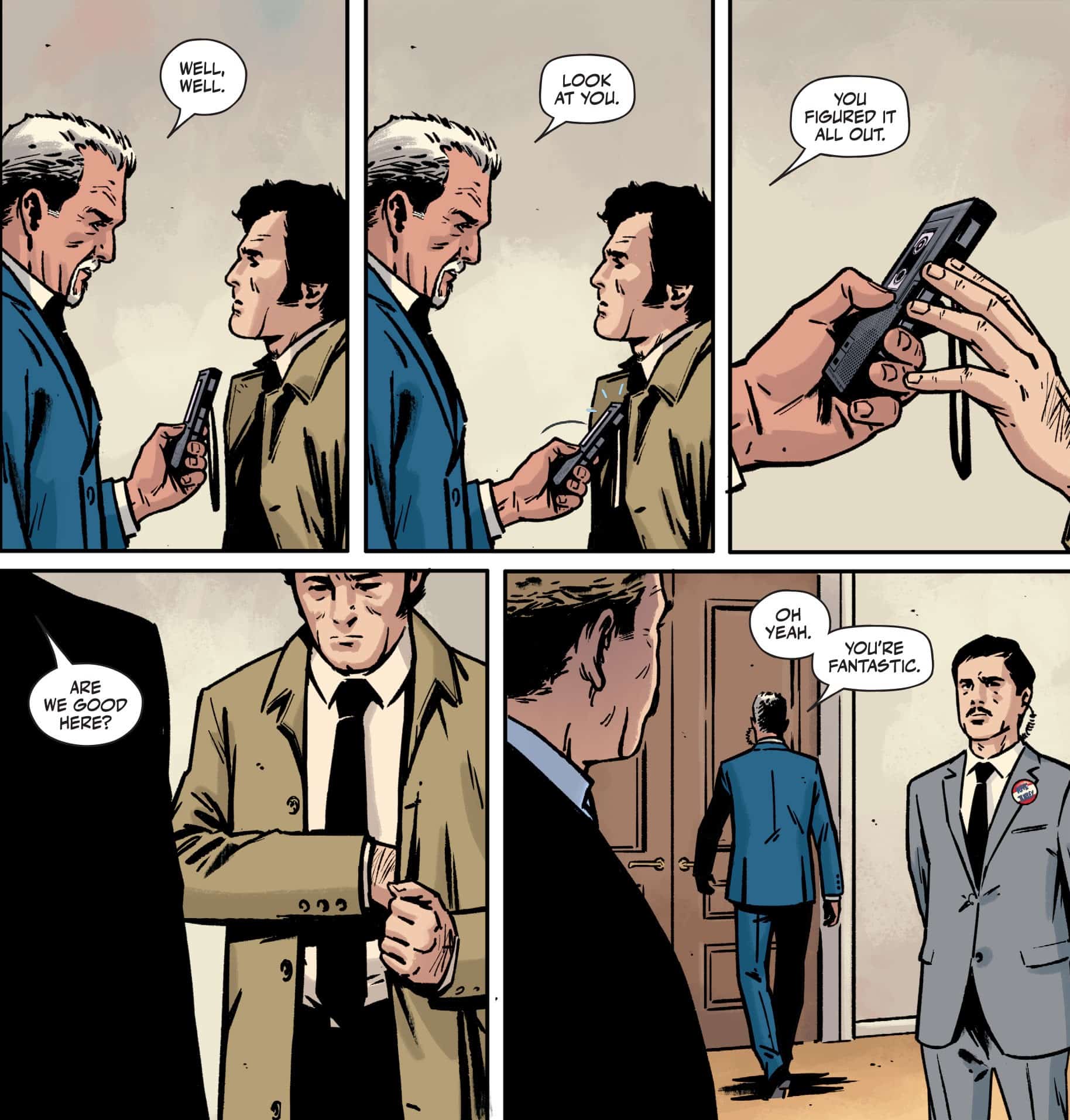 Issue twelve is…kind of boring. Fornés does a good job with choosing nice shots, but the issue basically boils down to a simple conversation between The Detective, Alan the Campaign manager and Governor Turley. There are a lot of back and forth shots, but nothing that really keeps the reader entertained other than the final few pages, but even those are barely worth it as they’re just a nine panel zoom in to a tape recorder and then a nine panel zoom out to see it covered in blood after the sounds of violence in the background. Ultimately our final shot is a nice nod to both the creators of the book with King and Fornés making a cameo and to Wil Myerson with The Detective enjoying the Pontius Pirate movie, bringing things full circle.

Stewart’s colors here are nice, but nothing particularly special in comparison to the other issues. He makes use of dark reds for the violence that occurs, but that’s all that really stood out in what was quite the dull end.

Rorschach has had its ups and downs, but ultimately doesn’t justify its existence like all other adaptations, sequels or spin-offs of Watchmen. Tom King is a great writer, Jorge Fornés is an amazing artist, Dave Stewart is a fantastic colorist and Clayton Cowles is a stellar letterer. The team for this book is phenomenal and they did a good job with us until it fizzled out at the end. Ultimately this series is worth a read, but maybe only just the one.