Rorschach #8: The Squids are Here 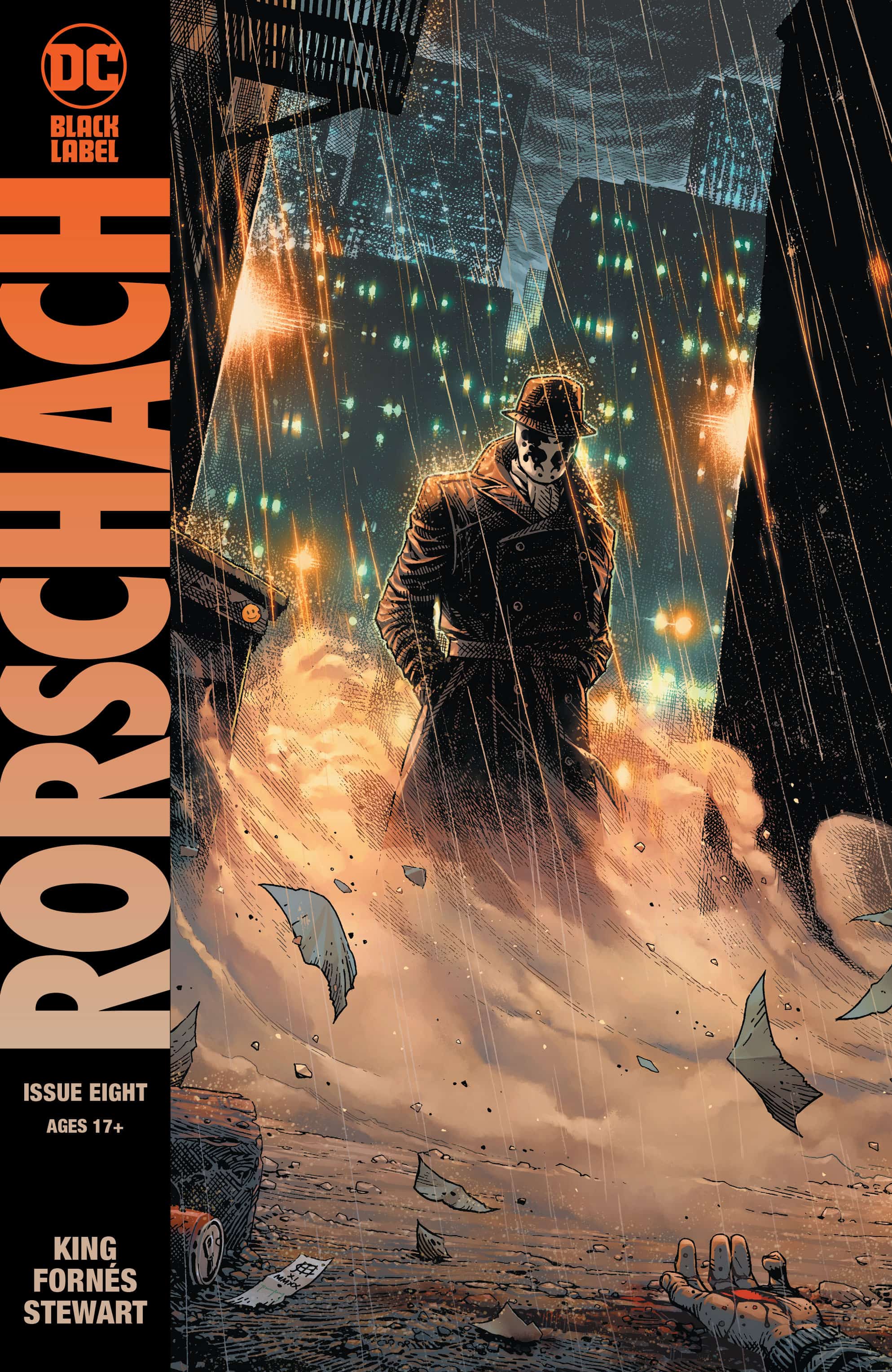 After the strange events of the last issue, our Unnamed Detective has to look at things from another angle. Frank Miller was able to provide some answers as to what Rorschach and the Kid had planned, but does the plot only thicken from there? 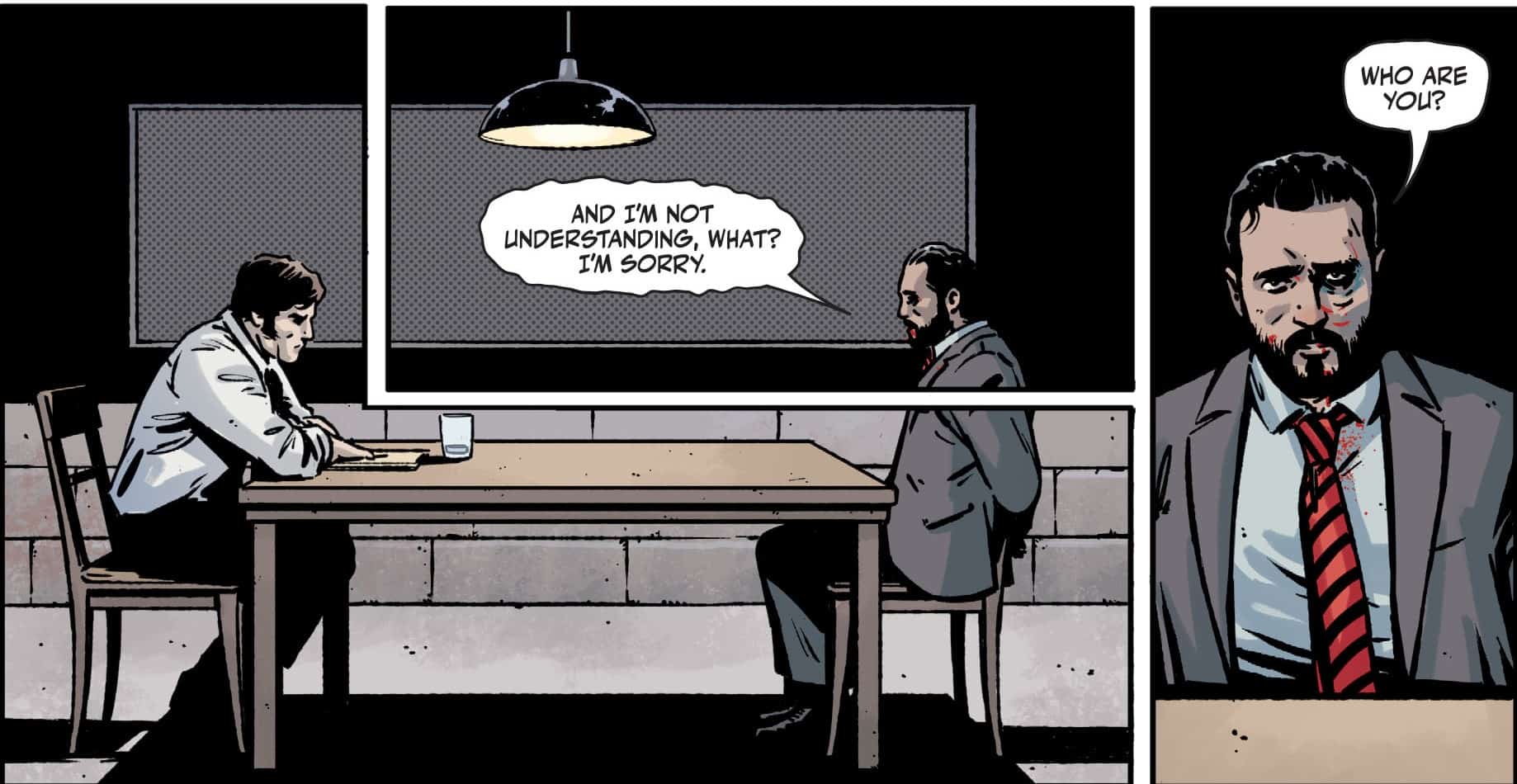 These breadcrumbs help the reader figure out key details, characters and plot details that either further the mystery or hint at the inevitable conclusion at the end and Tom King is doing just that; leaving a trail for us to follow. The last few issues have sort of positioned Governor Turley’s conspiracy that President Redford had something to do with the assassination attempt as something of a red herring, something that could possibly be true, but is so obvious that we’re able to discount it. This issue slowly gives that idea an inkling of possibility as it revolves around three completely unrelated men involved in the life of Wil Myerson and how they all seemed to fall under the sway of him and The Kid.

Many movies use the switched perspective to tell a story in a stitched together fashion, but King writes this in such a way that each character’s account of their stay weaves itself into a perfect knot. Each man seems like an innocent bystander caught in the middle of Rorschach and The Kid’s schemes, but the way that their stories all line up seems more sinister than they let on initially. With each of them not seeing the forest for the trees because they’re focused on their personal task, our Unnamed Detective cannot seem to grasp that two professionals and a down to Earth handyman couldn’t see that there was something wrong.

One thing that I postulate is that, maybe there are a few angles to look at. There’s a very high chance that The Kid managed to worm her conspiracy into Myerson and the other men’s minds, creating something of a cult operating out of the farm that they all went to and who knows how many others they’ve brought in, maybe even Redford. Alternatively, Laura or the Unnamed Detective could be the squid, though because of the references to the Midwestern Cops wearing masks from the TV show, that’s unlikely if they follow the path of Adrian Veidt being the creator of the squid. But then again, that’s why breadcrumbs and drawing one’s own conclusions is a fun thing to do in stories like this. 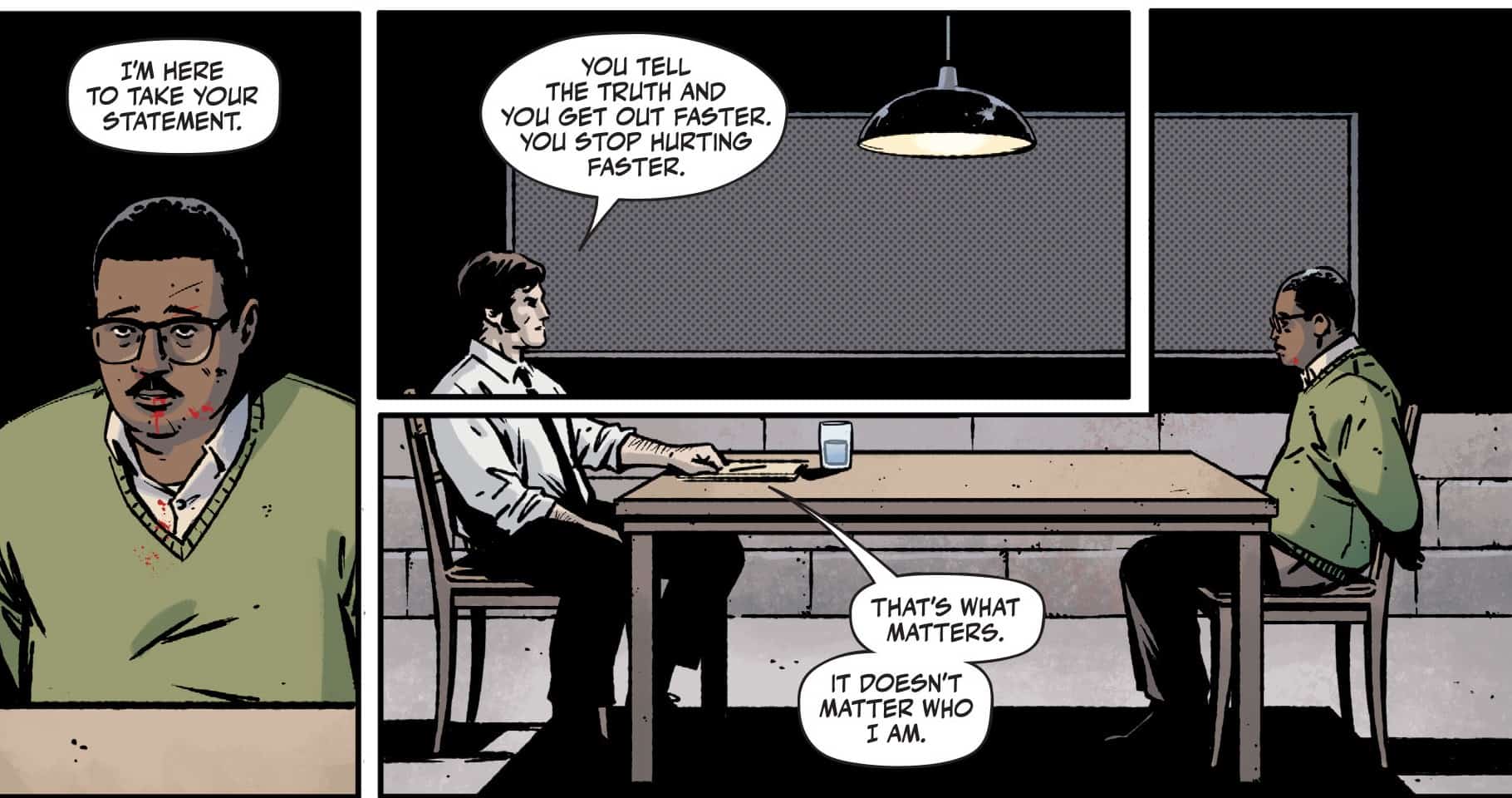 While King’s script grips readers with a triple pronged tale of each individual man’s time at Myerson’s new farm while they’re being interrogated, it’s Jorge Fornés art that really brings this entire issue together. Utilizing a unique method of panel placement, he is able to give equal attention to each character and their paralleled experiences with Myerson and the Kid. Samuel Faider, the lawyer, is able to work out the details of Myerson’s will, unable to recognize the signs of what’s going on and moves in a very stiff and proper manner. Jamie Nowles, the psychiatrist, is a bit more casual but still professional – maintaining sessions with Myerson. Fornés draws him as being calm and somewhat relaxed in Wil’s newfound eccentricity. Daniel Shapiro, the handyman, is shown working with the Kid most often, building a familiar stage.

Fornés does a spectacular job of hiding the underlying reasons for their actions under the guise of simple yard work, psychological eccentricity and legalese. Nothing seems out of the ordinary as this issue is just a lot of sitting, posturing and zooming in as each character gets a bit more introspective as the power of hindsight sets into their minds. Not only does this benefit the issue by giving it a sense of underlying dread, it flips the book on its head as our Unnamed Detective is uncharacteristically violent, punching and slapping each man as he interrogates them with an intense burst of anger where he’s normally so reserved.

Clayton Cowles also makes use of the empty space left by Fornés as a way to display the character’s dialogue as they talk to the detective. It gives off a feeling of emptiness, almost as if there are some pieces of the story missing – things happening just off panel that we aren’t allowed to see that might explain the ending. Cowles is deliberate with his word placement with an almost surgical precision that heightens the tension of the scenes. 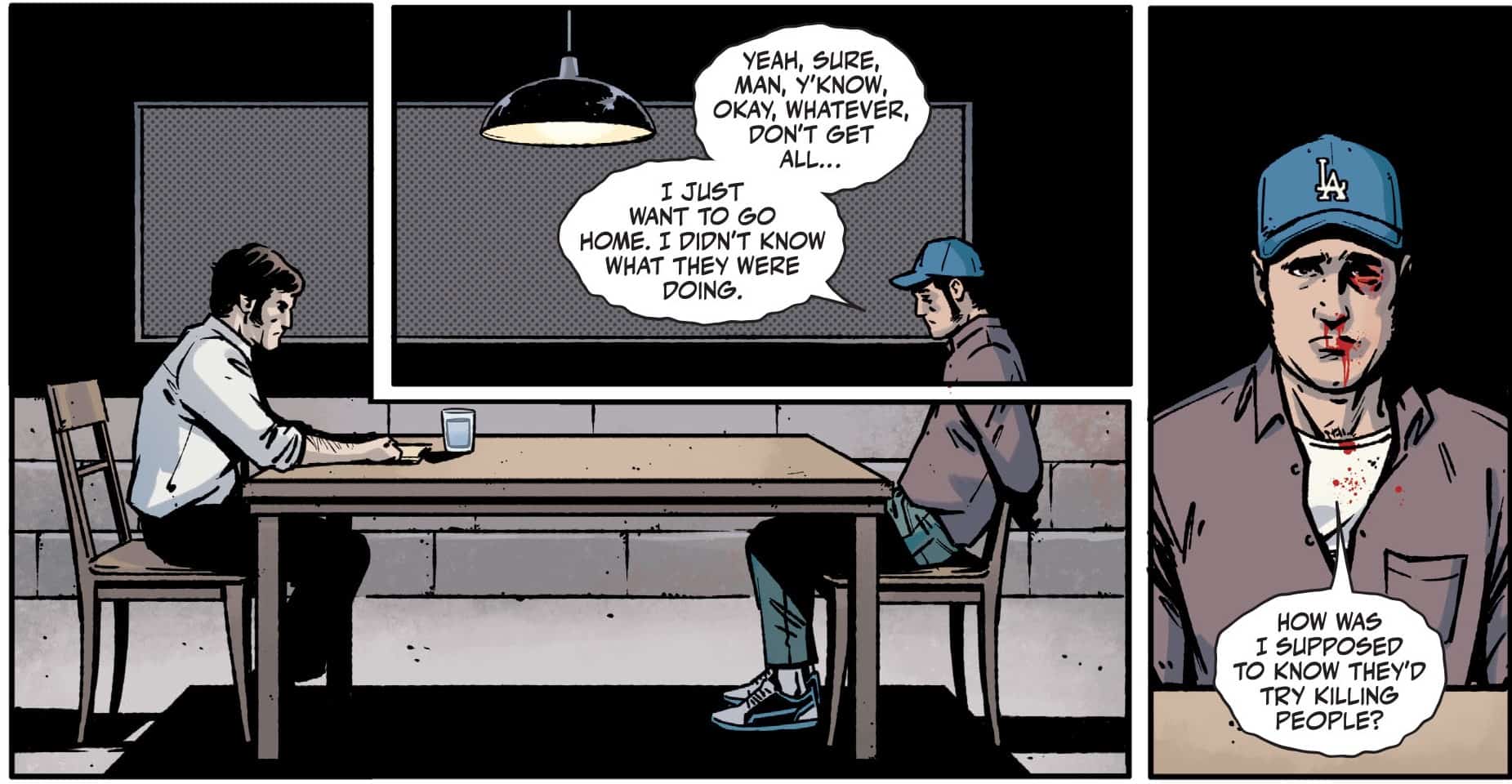 Dave Stewart’s colors helps to differentiate each story by washing each individual’s panels with the colors that are established from the first page, red for Faider, Green for Nowles and blue for Shapiro. Stewart does a great job of changing what his colors mean from issue to issue and it’s always intriguing trying to figure out their significance. As a lawyer, Faider’s use of red can signify Myerson’s desire to give away his monetary power as the big sticking point with Faider is the settling of the will. Nowles’ green has an aura of tranquility about it, something that he remarks Myerson seems to have while wearing Rorschach’s mask. Shapiro’s blue can be seen as a symbol of reliability as Myerson knows that he can count on the man to do a job and not ask questions about it at all.

Rorschach #8 isn’t the best issue of the series, but does serve as a good filler to get us to the next part of the mystery. Tom King, Jorge Fornés, Dave Stewart and Clayton Cowles continue to intrigue as the mystery draws to a close.

Rorschach #8: The Squids are Here