Runaways #37: Silence Says It All 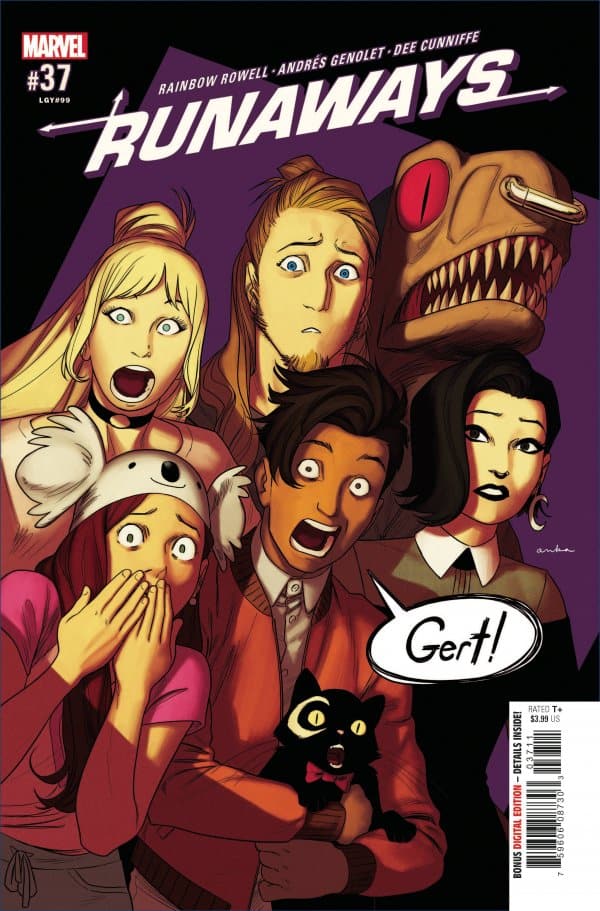 ONE ISSUE UNTIL RUNAWAYS #100! The house of cards gets its final hand in place before everything comes crashing to the ground. And at the center of this crash? Gert Yorkes.

Being able to do a primarily silent issue with no dialogue for most of the panels is extremely hard to do. This creative team is able to convey the pain the cast feels with just their expressions and body language. Rainbow Rowell has done a phenomenal job building these characters up the past few years with her understanding of the team. I’m very curious what Rowell’s notes for each panel must have been.

Andres Genolet and Dee Cunniffe both pull off a difficult task of conveying an impactful story with little words. It’s a bold choice as comics normally have words in most panels yet with readers getting to know the characters over this series we get to pick up on their thoughts on expression alone. 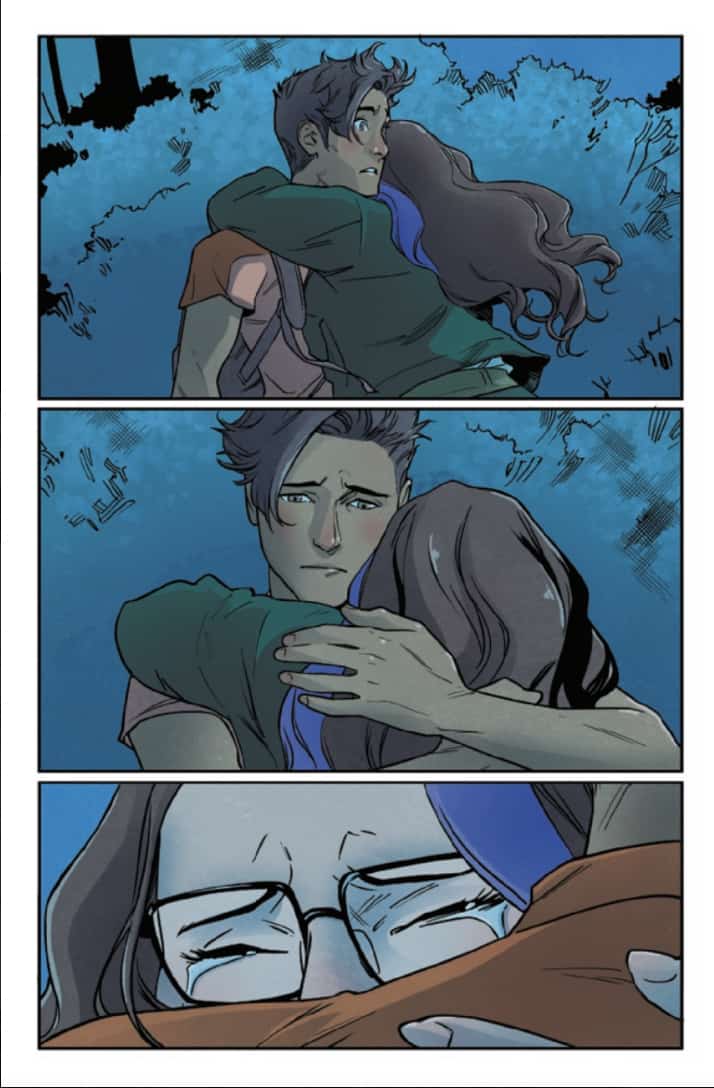 The scene alone for the parallels of both the current and future Gert holds a lot of emotion for different parts of her life. They both do share the same issue of feeling out of place with those around them.

I thought the scene of Nico training and breaking down is striking as we understand how hurt she is without Karolina. We then proceed to the next few panels of the two being with each other in the comfort of each other’s silence.

Cunniffe does exceptionally well with the colors for the surprise Majesdanians. Their unexpected appearance bringing in the first words of dialogue is a clever tone change for the issue. We get a more surprising end scene of Alex returning to the story.

Runaways has a phenomenal creative team that shows the heart and emotion behind these characters. In a world that focuses on the intense action and stress of being a hero we instead get to see a scope into the complicated relationships that bring a team together. This silent issue captivates the team in a rare lens of finding comfort in each other's silence.

Runaways #37: Silence Says It All