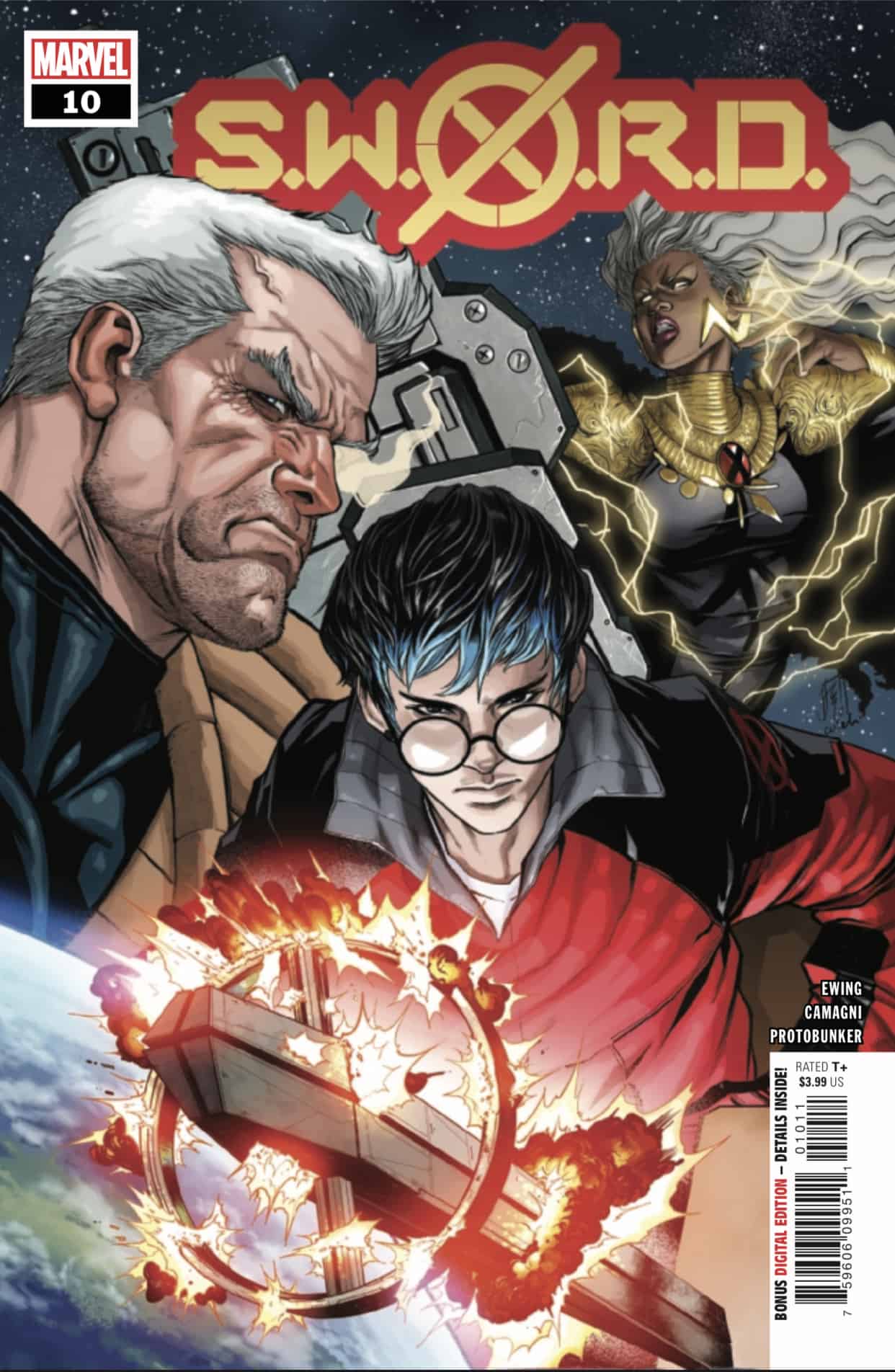 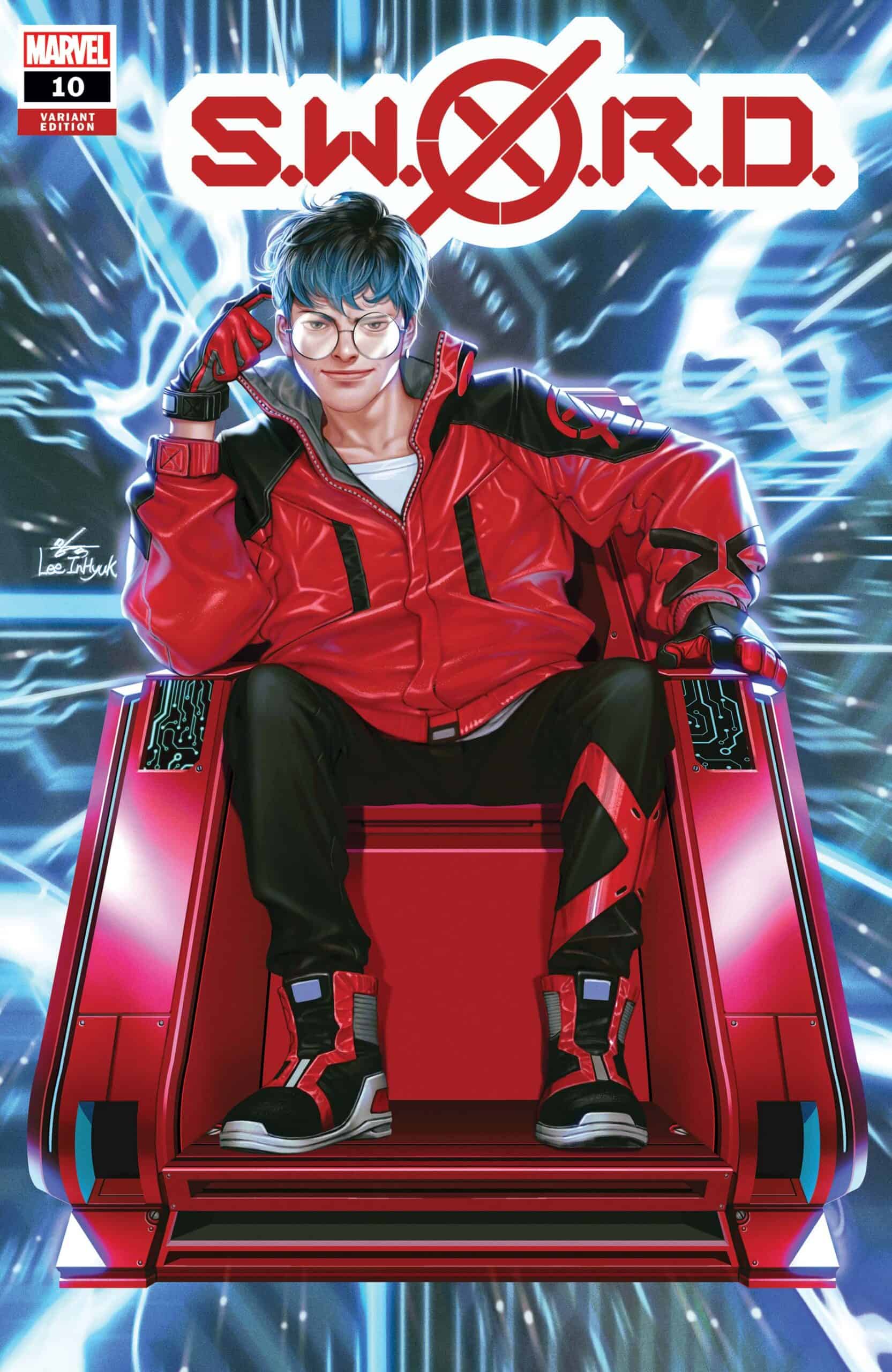 As Storm battles the Lethal Legion on Mars, there are explosive problems on the Peak—as the mole in S.W.O.R.D. is revealed! Meanwhile, Wiz Kid and Cable find themselves face-to-face with the one foe they never expected! And where is Abigail Brand?

It’s SWORD & the Shi’ar Imperial Guard against a makeshift Lethal Legion, and Taki’s the mole!!! Last issue’s cliffhanger was something that I didn’t expect, and Ewing doesn’t disappoint with this issue either. With the mutants’ elevated status on the intergalactic level, heads were bound to be turned in Arakko’s direction. With Storm, Frenzy, and the rest of the welcoming committee knee deep in fighting to protect Xandra, Charles & Lilandra’s child, the Shi’ar Majestrix, from the LL, Taki’s plan to destroy SWORD from the inside for ORCHIS, and it seems to be going smashingly well. We get twists and turns with almost every turn of the page, and this issue continues to be a shining example of excellence in the X-line. Prepare to gasp at the end of this issue’s cliffhanger. Of course seeing Sam here was a treat, I just wish Roberto (Cannonball & Sunspot from the New Mutants) had tagged along on this adventure. 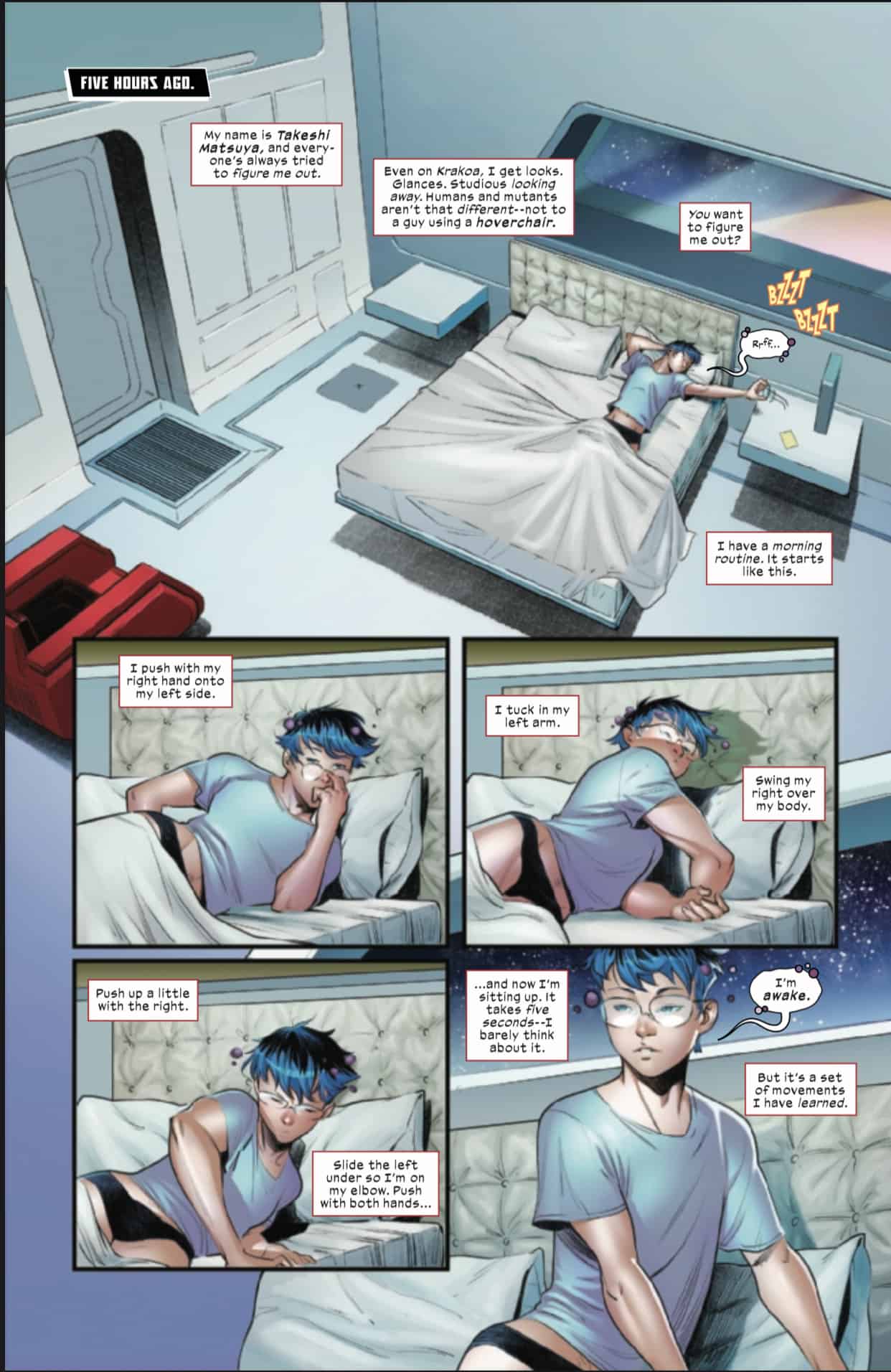 Ewing has shown that he’s a master of characterization with every book he touches, and this one continues that trend. He really gets this cast. This is the most authentic Storm has felt since Chris Claremont wrote her in the early-mid 80’s. She’s a force to be reckoned with, and why she is the preeminent leader of the X-Men. I know Marvel has tried to convince me (and fans) that Cyclops is the X-Men’s Captain America, but it never resonated with me. Storm was the HBIC when I began reading comics, and the slow dismantling of her grandeur over the last couple decades won’t convince me that she isn’t the X-Men. She can lead the X-Men, the Morlocks, join the Hellfire Club, marry the Black Panther and rule Wakanda, and reign as regent over the mutants of Arakko. The X-Men are about evolution, as much as they are about oppression and discrimination, and having a non heteronormative black female as it’s face speaks volumes. 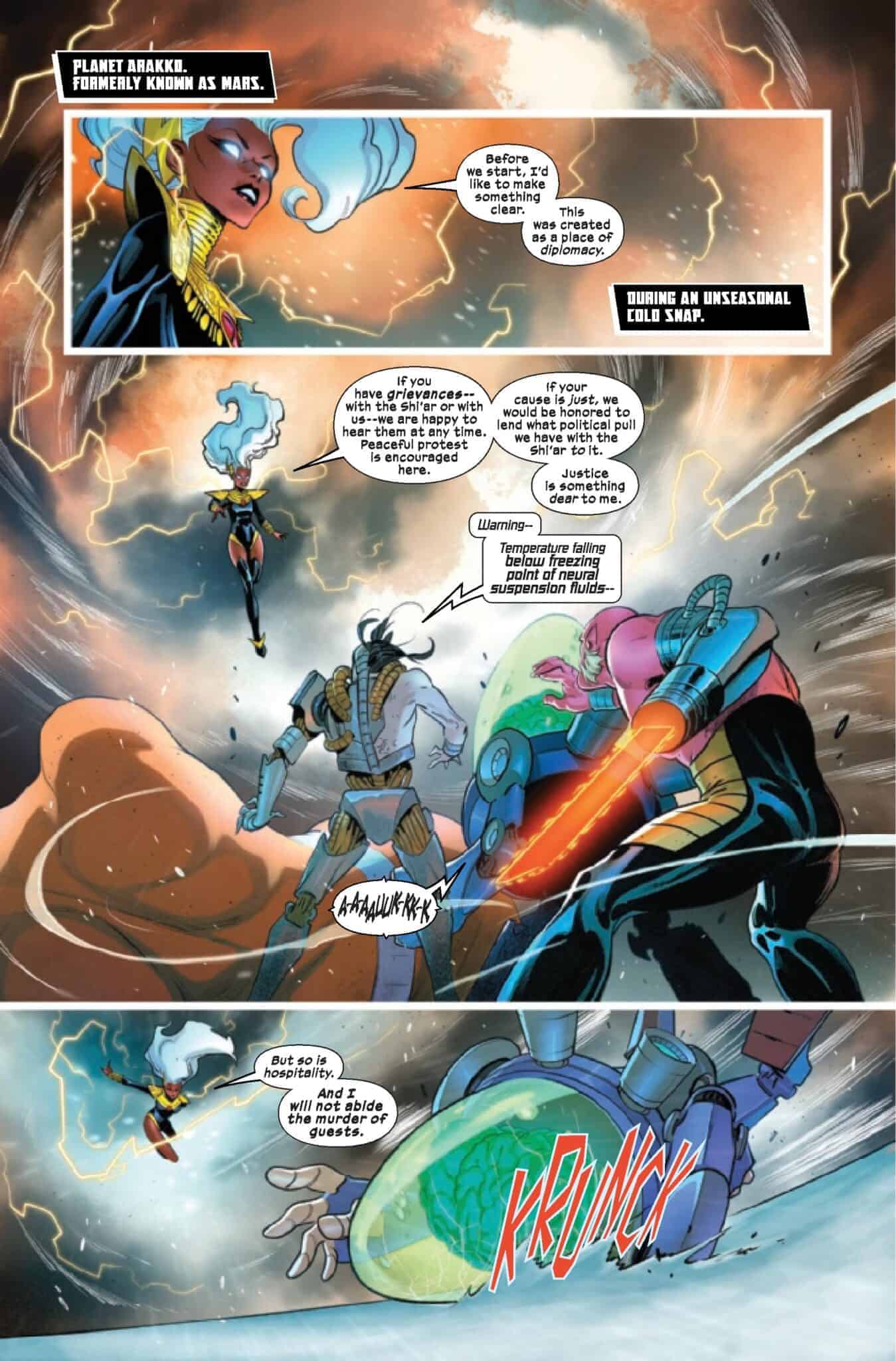 Jacopo Camagni’s Ewing’s artist for this arc, and his line work really shines here. The characters look stunning here, and he’s really upping his game with this book. Of course I miss Valerio Schiti, and even Stefano Caselli, all of which are very big shoes to follow, but Camagni comes out swinging with this issue, and it shows. With some time and cultivation, he could become one of the next breakout stars for Marvel.

There aren’t a lot of negatives here. Other than Ewing missed the mark on Deathbird’s characterization (she’s absolutely ruthless, but here she came off as a gentile handmaiden), Sunspot’s absence is that this is feeling a tad rushed. As if Ewing was trying to finish these plots that felt like they should have been given longer to percolate. I’m not sure if we’ll be getting a SWORD book next year after some X-titles go on hiatus during the Lives/Deaths of Wolverine mini event, but it’d be a shame, since this book has been consistently good to excellent from the first issue.

It’s crunch time, and Ewing is letting the dominos begin to tumble. The mole has been exposed, and he’s systematically bringing down everything Brand and Krakoa have built to solidify their status on the galactic stage. Ewing continues to excel with his world building in the Krakoa era, but will he have time to give us an ending this series deserves?