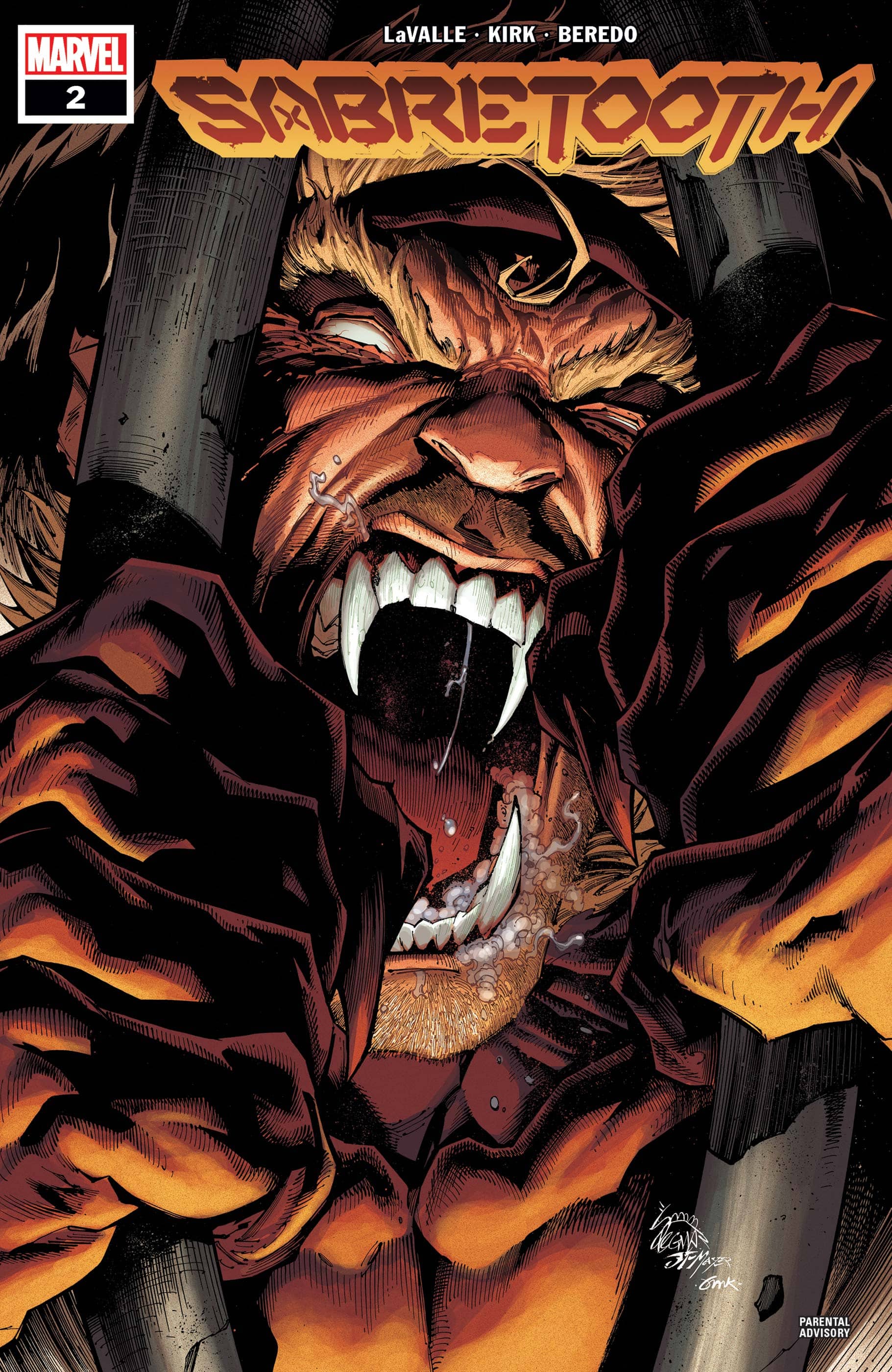 Professor X promised there would be no prisons on Krakoa. Sabretooth was the first in the hole, but now he welcomes five more mutants to his own private hell. What laws did they break? Are they ready for what they’ll find? No. No, they’re not.

As a poignant quote from slavery abolitionist Frederick Douglas opens the issue, we attend the natural next step after the horrors of Sabretooth’s incarceration: the state works, the laws get dictated, more mutants get condemned to be broken, prison is a reality on Krakoa. The first scene is unnerving in how expected it is, and you can feel the unfairness and the easy solution road both Xavier and Erik (the representatives of the state of Krakoa and its carceral system through the issue) are resorting to, as Leonard Kirk’s art turns expressive and humanices the faces of the soon-to-be-imprisoned. As they’re lied about what that means, as they don’t know how long it will last, as prison here comes first and mostly as an irrational act, a “necessity”, a “reflection” they need to go over, an eternal question mark.

After the promised fight scene, we learn what the Pit truly is, and those terrifying visuals of people trapped by the roots of Krakoa hit the switch and make LaValle’s plot run, captivate, intrigue, and horrify. To say everything is in its place in this issue would be an understatement, as every page wants you to look at where it’s going, and every character conveys that they have a reason and a story behind their acts, just waiting to be peeled out and discovered. 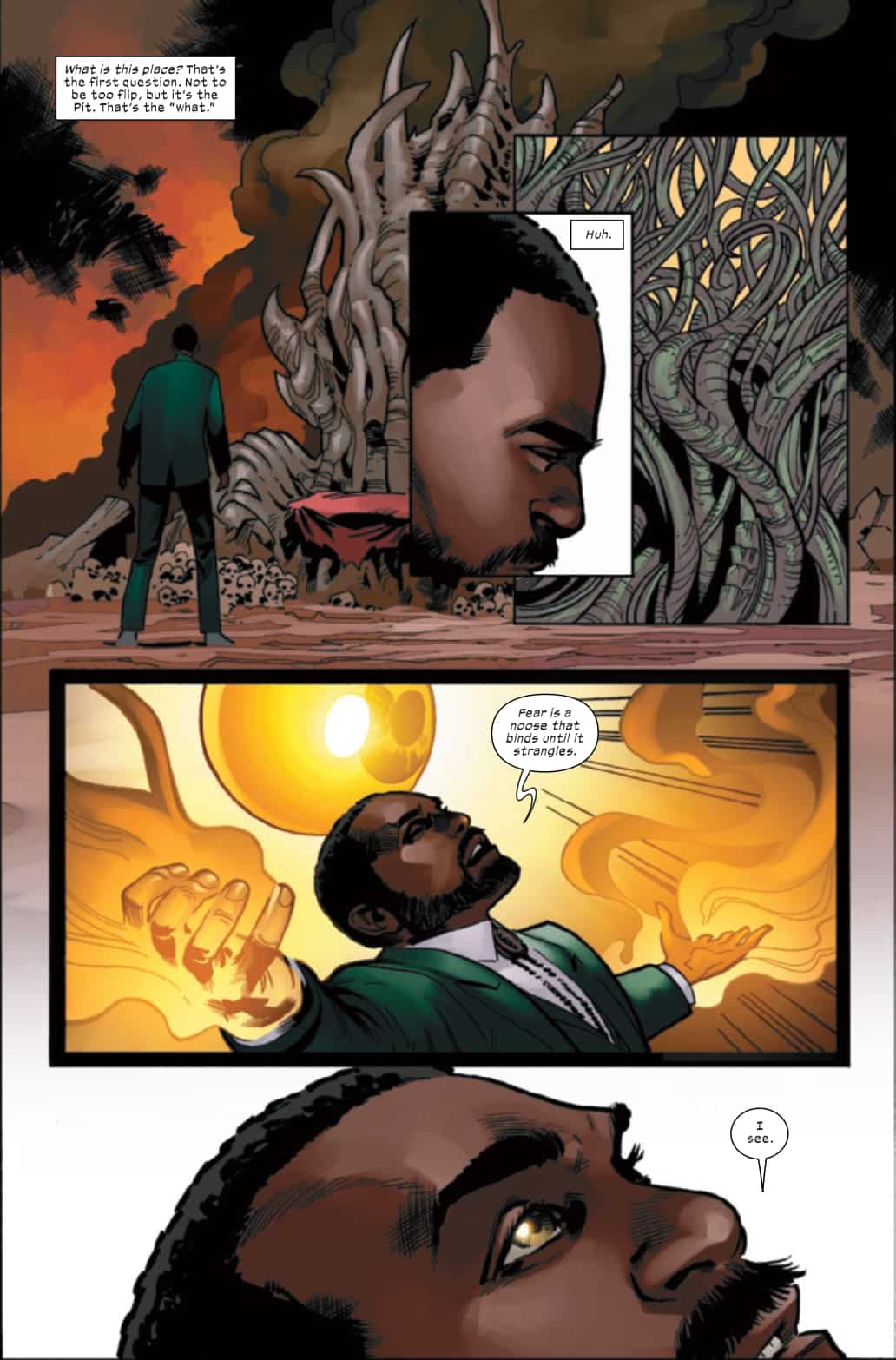 LaValle takes advantage of Third Eye’s powers (showed in the most mesmerizing visuals) to tell a parallel story: that of Mole being ignored by everyone on Krakoa after being asked for help by the five imprisoned mutants, as Morlocks don’t matter as much, as the underclass still exists in this supposed paradise.

When we’re back to the main plot, the prison has been constructed as familiar as we usually know it, and the cell gives us a closer look at the characters that untangles the injustice and it’s filled with facial expressions, tender lines, perfect shadow work. As well as pungent lines like “innocence won’t save you from incarceration”. Then, like the roots of the prison abolitionist movement, our protagonists begin to realize they have common material needs, interests, status. The prison underclass takes arms, with no other than Sabretooth as their leader. A thrilling end to a perfectly executed issue.

Sabretooth #2 continues to tell an intriguing tale rooted in history and injustice, with a grasp of characters and story that is delightful.